With all of the talk about the GTX 780, I couldn’t wait to get it on our test bench and see what it could do. First I updated our GTX 680 and HD 7970 test results with these tests, we didn’t do these specific benchmarks at their launches. Then I jumped into temperature, Noise, and power testing the GTX 780 first before I got too distracted with gaming. The unique cooler design for the GTX 780 looks amazing how well did it perform?  Well when running through Heaven Benchmark 4.0 for a half hour our temperatures peaked out at 79 degrees and leveled off, this is obviously what Nvidia has set the card to stick to while in game. The noise levels during this test were impressive; I could hardly tell the card was on. 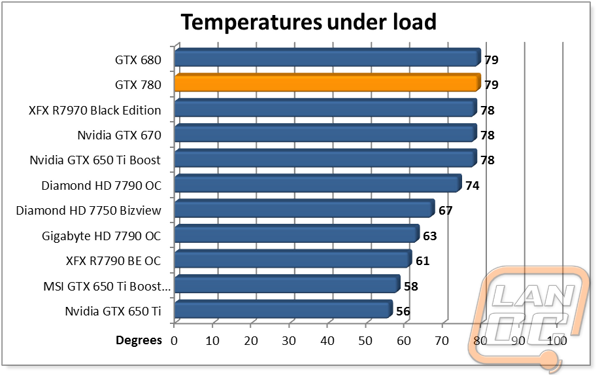 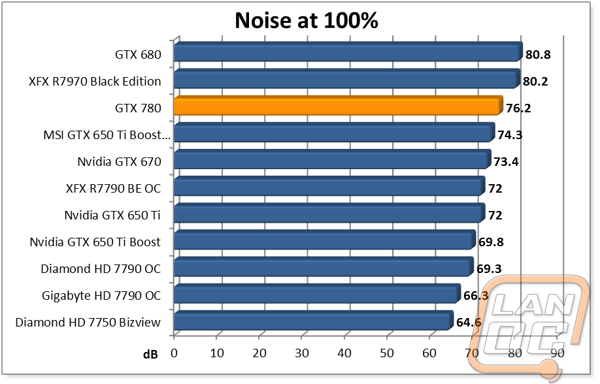 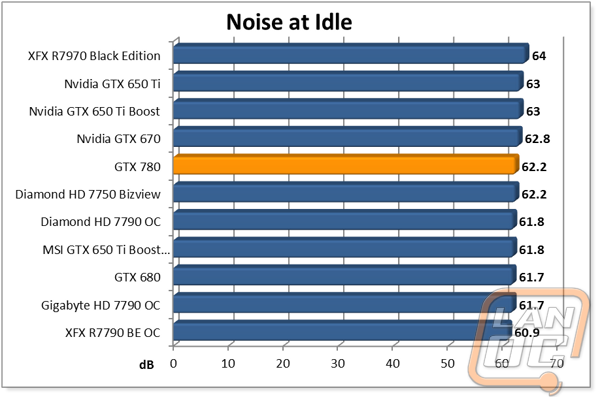 Having introduced our power testing only recently, I was really excited to retest the R7970 and the GTX 680 as well as the new GTX 780. As you can see, the results are about what we expected when you consider the GTX 780’s new higher TDP. It did still pull less than the XFX R7970 even though it has the same TDP though. Idle speeds are even more impressive with the GTX 780 pulling ahead of the others, the only cards that are pulling less at idle are the HD 7790’s and the GTX 650 Ti, not bad for a flagship card I would say. It’s nice to see that power usage is still under control and frankly you could run a GTX 780 on a moderate power supply. These tests are done with water cooling, a hard drive and SSD, and a 3860X six core CPU. A lower TDP CPU would pull even less power. 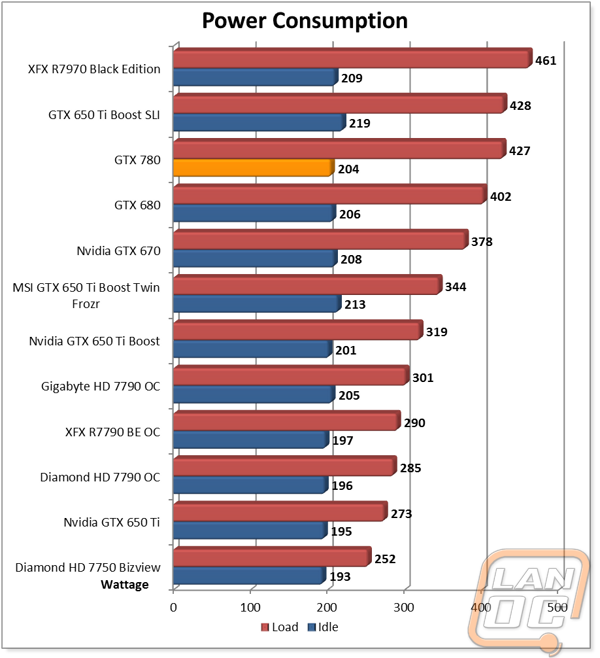