As with all of the other 7000 series cards with the DD aka double dissipation badges from XFX this card has that great looking aluminum design with two cooling fans. They put a nice flat black stripe up the side of the card that brings the fans together and gives the card a little style. On the top we have a red strip across the top of the card with the XFX logo and in this case is says R7700 Series. On previous cards it would actually say the model that you went with, I’m not a big fan of this general branding here. If it was me I would want everyone to see that I have the R7790, not the R7750. 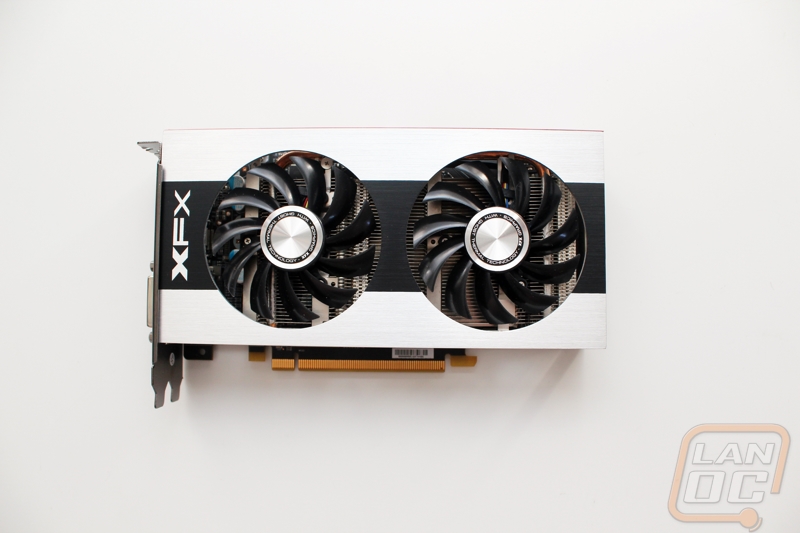 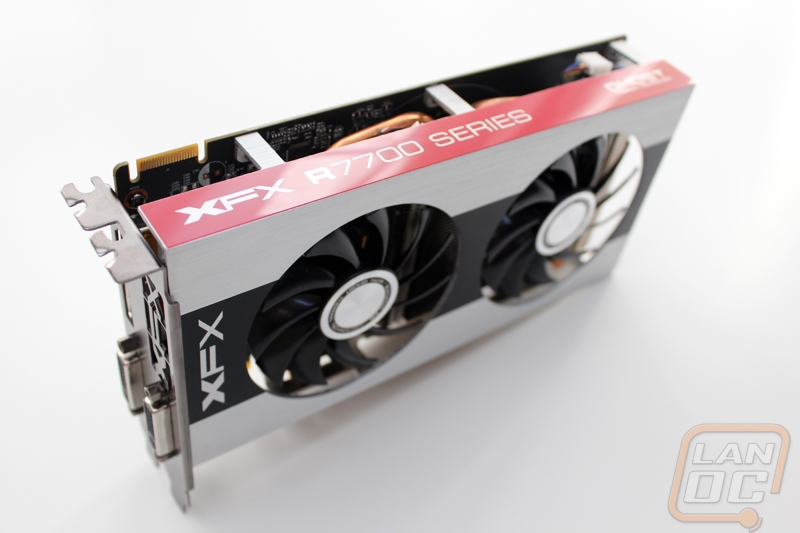 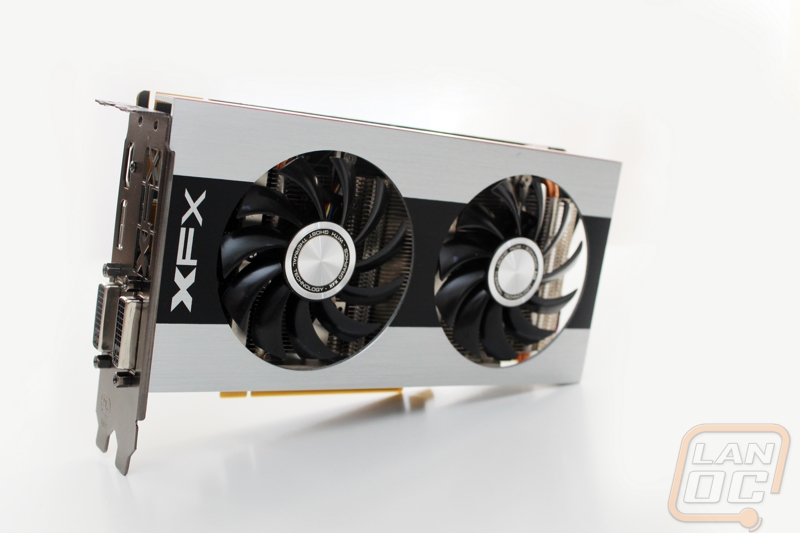 Although I love the dual fan cooling design and the heatpipe design that is pulling heat out and away from the GPU for cooling. I always prefer when we see a design that also integrates a way to vent all of that heat out of the case. In most cases with two fans there is just too much air to be able to push it out of the back. In this case you can see the entire bottom is open as well as most of the top and the entire end. That means most if not all of the heat from the card will vent into the case. This isn’t a big deal generally but it is something to keep in mind, it is enough to heat up a case that already has a ventilation issue. 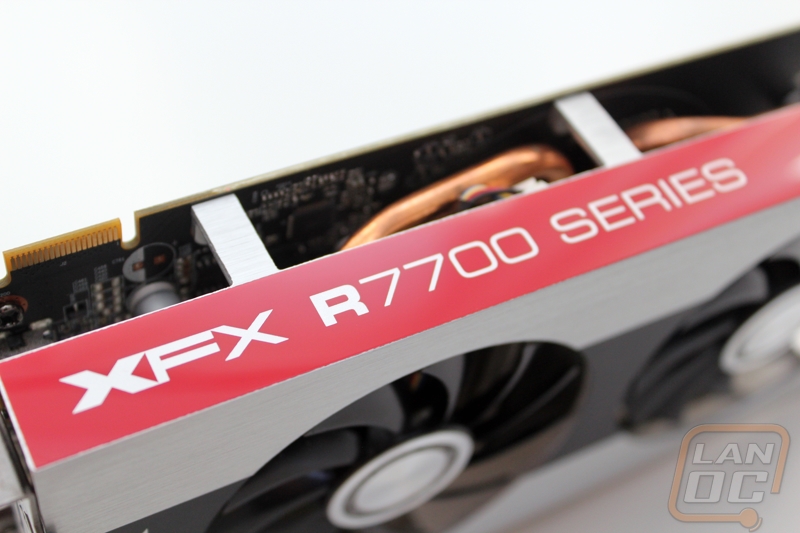 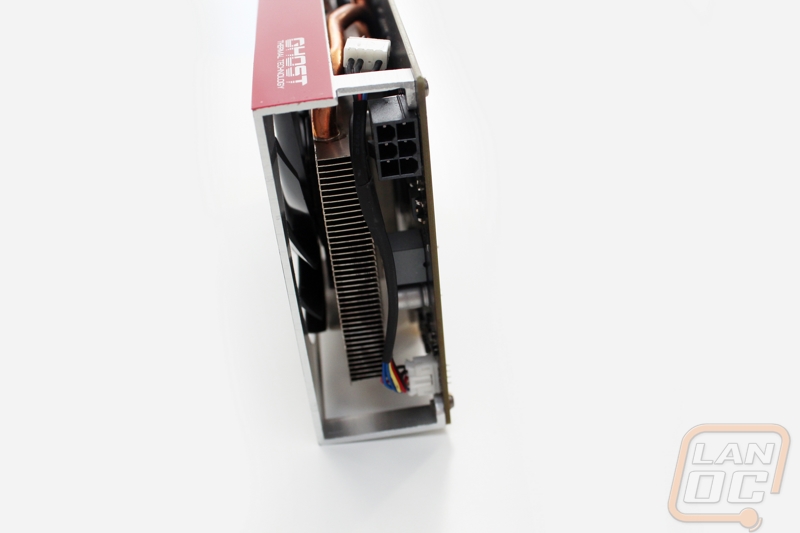 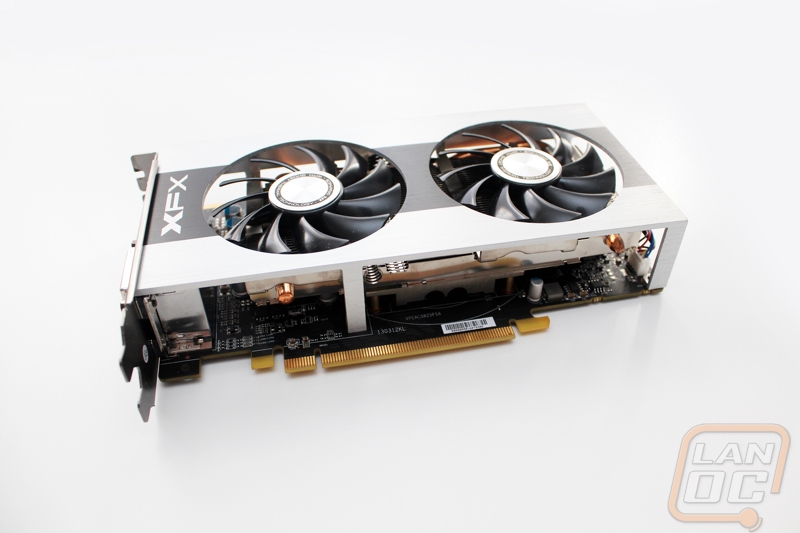 I love the all black PCB on the R7790, this is going to be very visible and this is a great touch. For being a budget card it’s great to see that they didn’t skimp out here. We can also see that this card does have a single crossfire port up top as well so there is the possibility of pairing up two of these for more power in the future. 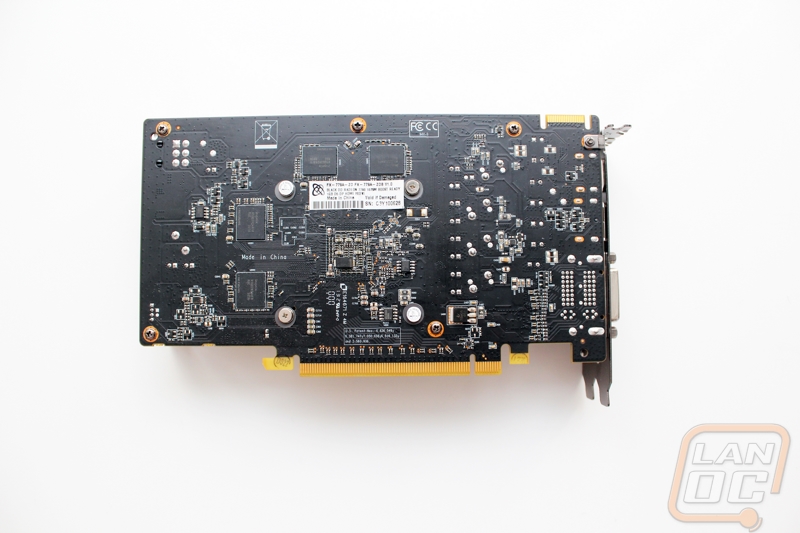 The R7790’s connections consist of two dual link DVI ports, and HDMI port, and a full sized DisplayPort. The paperwork we saw in the box also noted that you can only use one port for a DVI to VGA adapter, the second port is a full digital. I love that the vent has the XFX logo cut out of it. 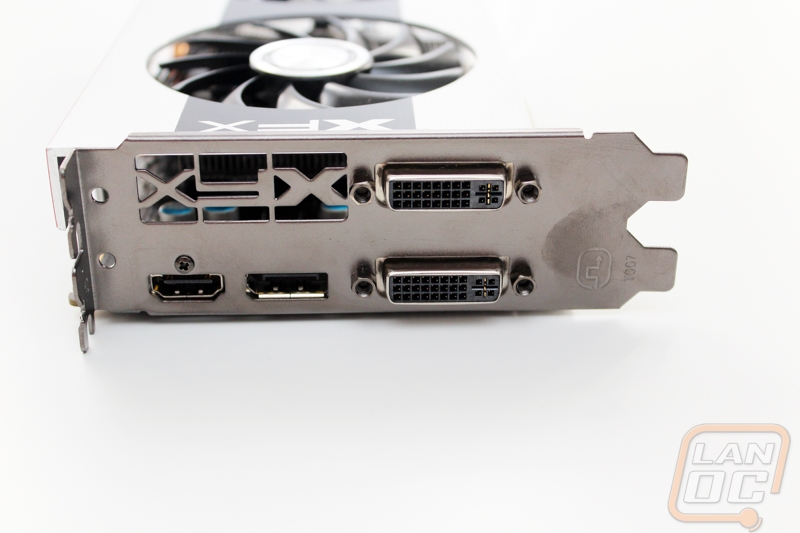