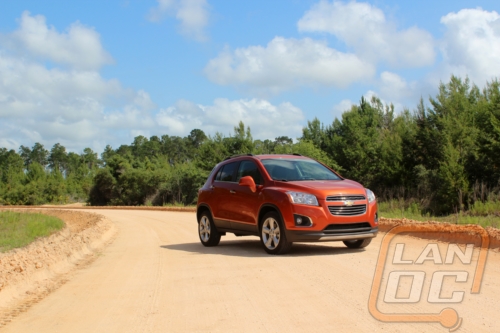 How did it drive?

So as I mentioned earlier we drove the Trax from Northwest Ohio down to Tallahassee Florida for Mid-Season Invitational, then to about an hour north of Orlando to visit family, then to Disney World, and then to Daytona Beach for a few days before driving back home. All in all we were in the car for 2764 miles and basically 51 hours of seat time. In that amount of time you really get a feel for a vehicle. When I first got in the Trax I was feeling a little cramped, specifically when I moved the seat back to where I liked it the support beam between the front and rear seats took up valuable shoulder space for a man of my frame. After a few hours on the road I was able to finally get my seat adjusted in a way that this wasn’t as impactful. Truthfully the Equinox with its slightly larger size would fit someone my size better but once I got everything right I had about the same amount of space as I have in our stratus or in the Focus we rented the last time we drove to Florida. The leather seats were extremely comfortable as well and even had heated seats for both front seats, not that we would possibly need that in the weather we went through. 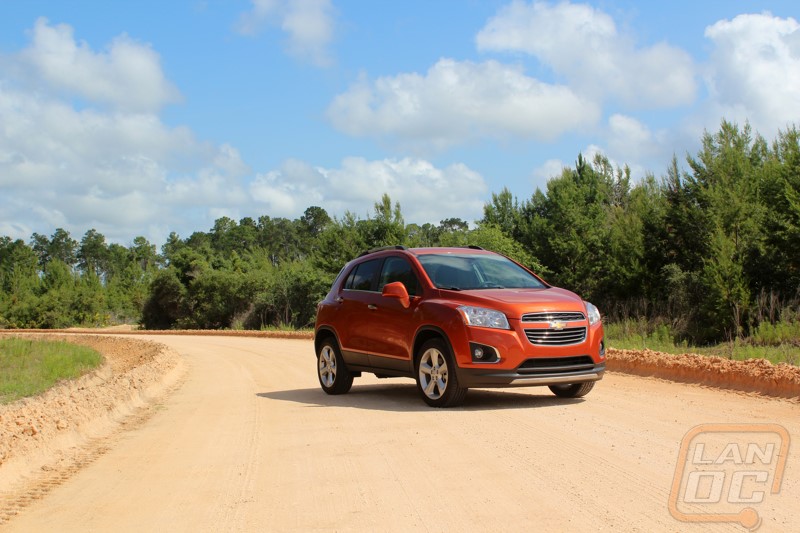 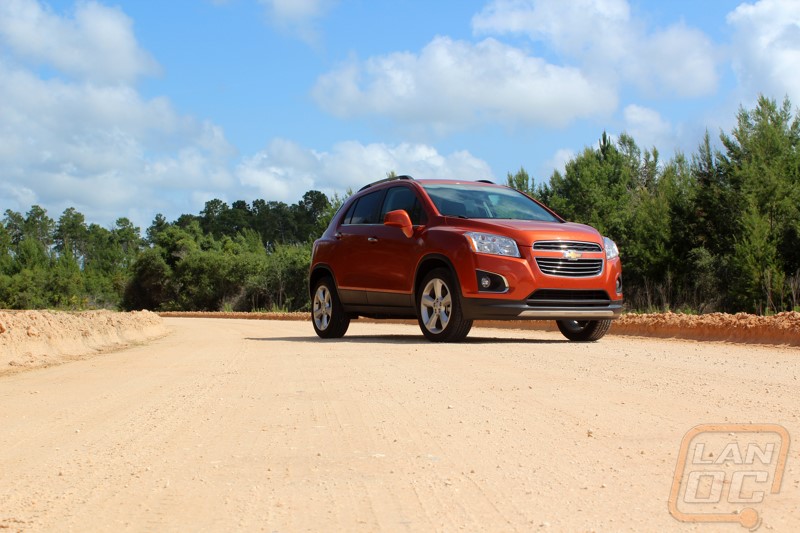 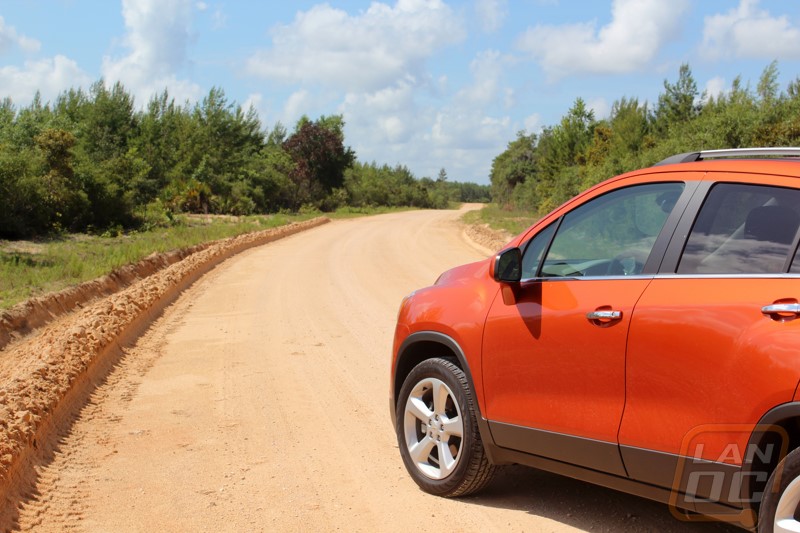 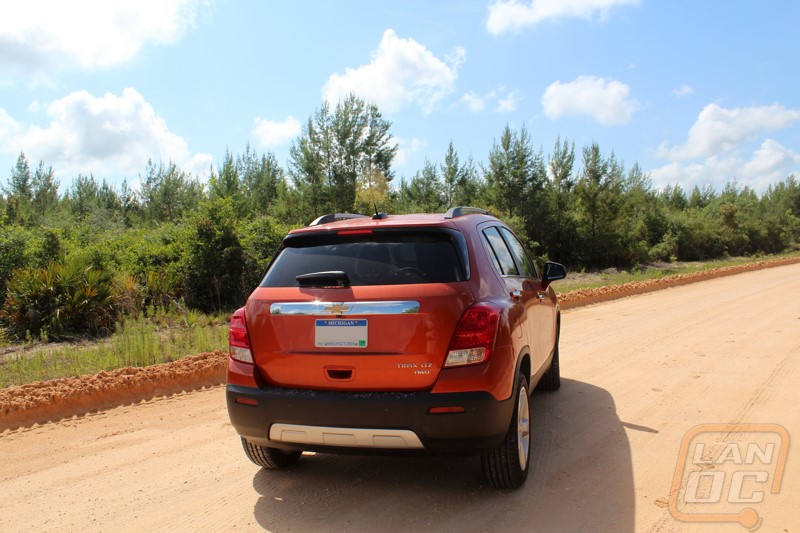 The Trax itself drove well but as expected didn’t feel as sporty as a similarly size car would. Raising the center of gravity up higher has that effect on things. The Trax felt good around town as well as on the highway but the small turbocharged Ecotec engine did leave a little to be desired, especially when we got into the mountains. It really struggled up some of the biggest hills having to downshift sometimes twice. The six speed transmission didn’t help with the  anemic feeling, with so many gears it really kept the motor down out of its power range. In fact when driving my soon to be 90 year old grandpa he commented on how the red thing (the tach) never moved, he thought it was broken lol. That 6 speed does help a lot with the gas mileage but I think a little more power would have helped there as well when driving through the mountains. 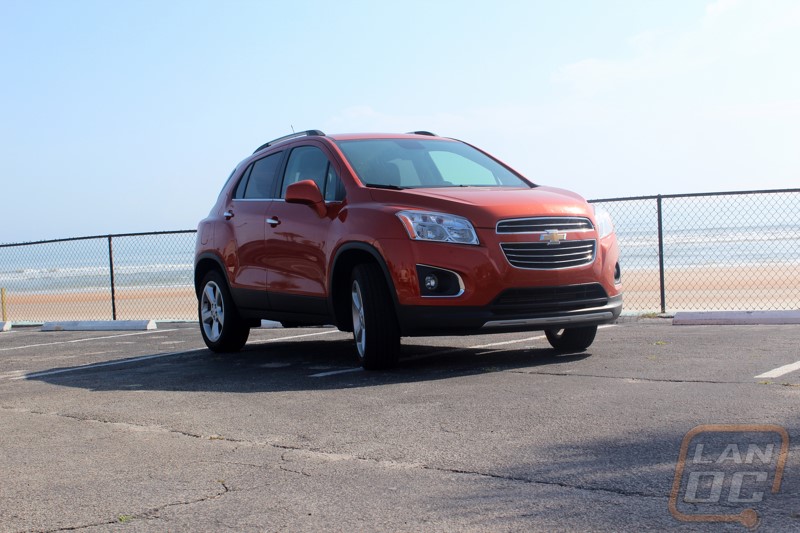 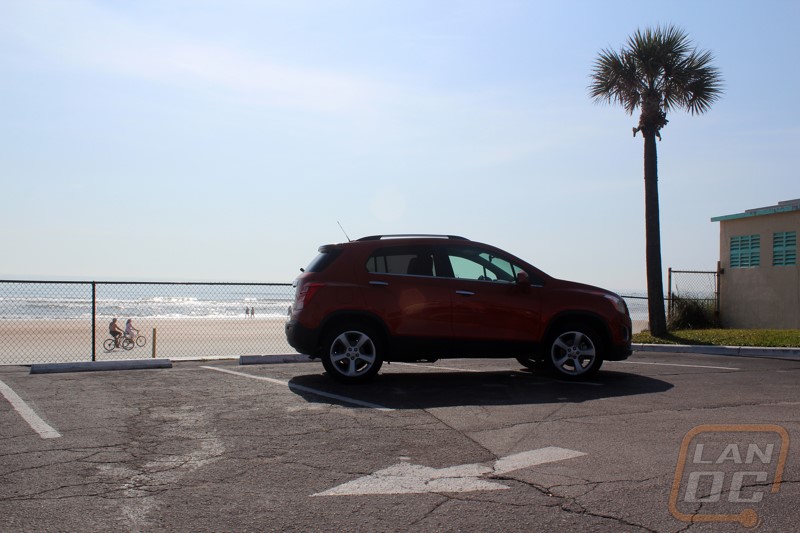 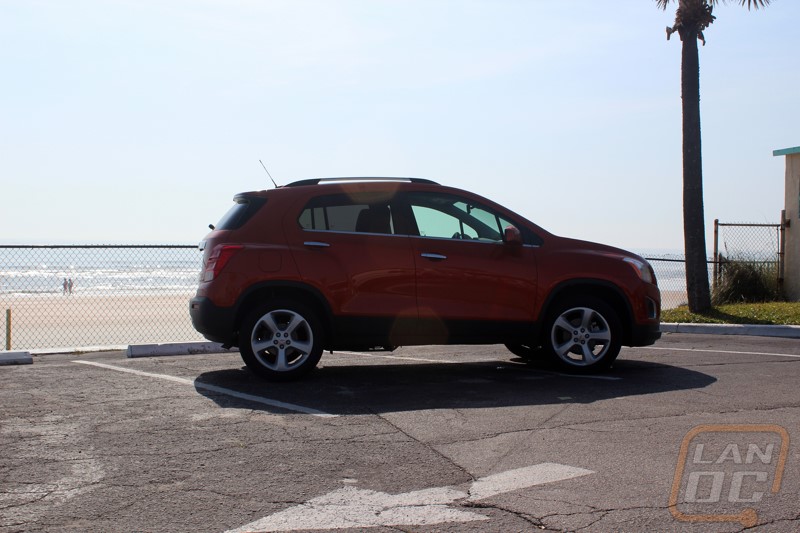 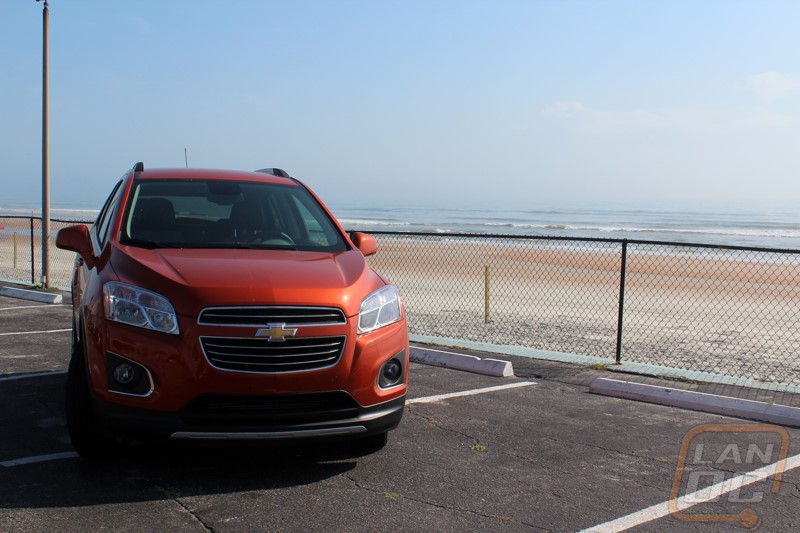 Speaking of gas mileage when we take trips I document every single detail both because it helps us stick to our budget and also to make sure we know what to plan for on the trip next time. This means that I track how much we spend for gas each time, how many gallons we get, the price per gallon, and how many miles were driven. As we go along the trip I can see our MPG both per tank and also the trips average. That means with the Trax I was able to see that we got 32 MPG on the highway through Ohio and on the way south. We saw 27 MPG when doing a mix of around town and small highway driving and we saw 28 to 29 through the mountains. The Trax does loose a little fuel mileage when you add the All-Wheel Drive option, that is what put us down to 32 on the highway. For our entire trip we averaged 29.66 MPG. Let’s keep in mind that I did use the remote start a lot on the trip and three times we ended up stuck in traffic and once we were only able to go 35 MPH on the interstate due to extremely heavy rain. The Trax’s lifetime average of 31 MPG sounds like what would be closer to what we would have seen if not for the wasted gas. This is MUCH better than what my v6 Stratus would do on a similar trip but is worse than the 36/37 MPG that our rental focus got us on the same trip last year. If you went with the front wheel drive model you would get really close to that though. 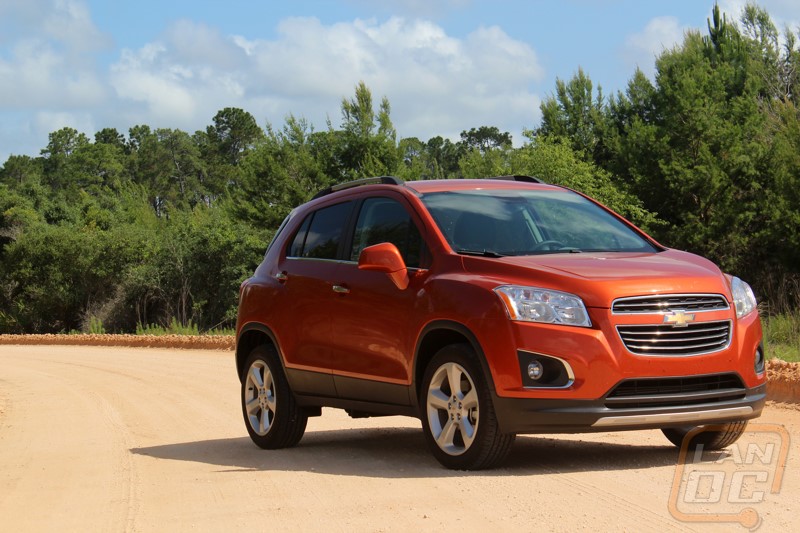 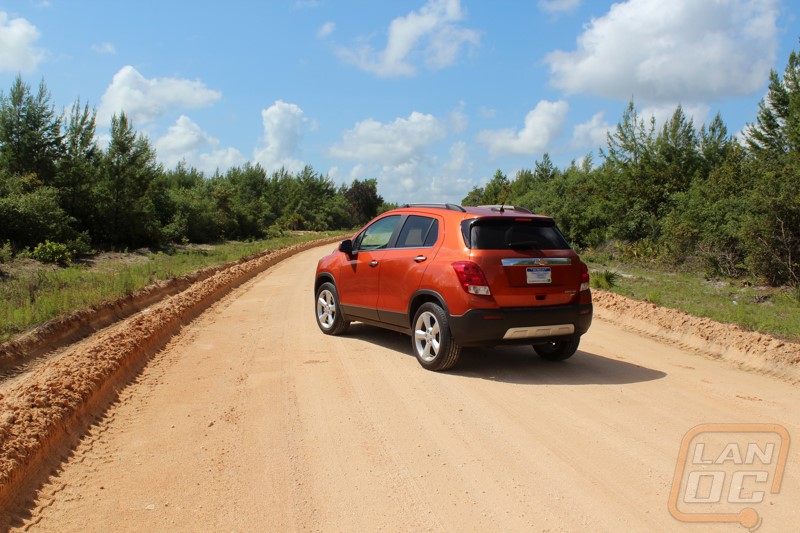 You might call him obsessed or just a hardcore geek. Wes's obsession with gaming hardware and gadgets isn't anything new, he could be found taking things apart even as a child. When not poking around in PC's he can be found playing League of Legends, Awesomenauts, or Civilization 5 or watching a wide variety of TV shows and Movies. A car guy at heart, the same things that draw him into tweaking cars apply when building good looking fast computers. If you are interested in writing for Wes here at LanOC you can reach out to him directly using our contact form.
Discuss this article
Log in to comment
Posts in discussion: 2015 Chevrolet Trax LTZ AWD