As always I like to start my testing with a few synthetic benchmarks. 3DMark especially is one of my favorites because it is very optimized in both Nvidia and AMD drivers. It's nice to not have to worry about it being favored too much either way and the repeatability of the results makes it a nice chance to compare from card to card, especially when comparing with the same GPU. Right now we don’t have any other RX 6600’s to compare the PowerColor RX 6600 Fighter with, but I am keeping an eye on how it compares with the RX 6600 XT, the last generation AMD cards, and from Nvidia the RTX 3060 and RTX 2060 SUPER. 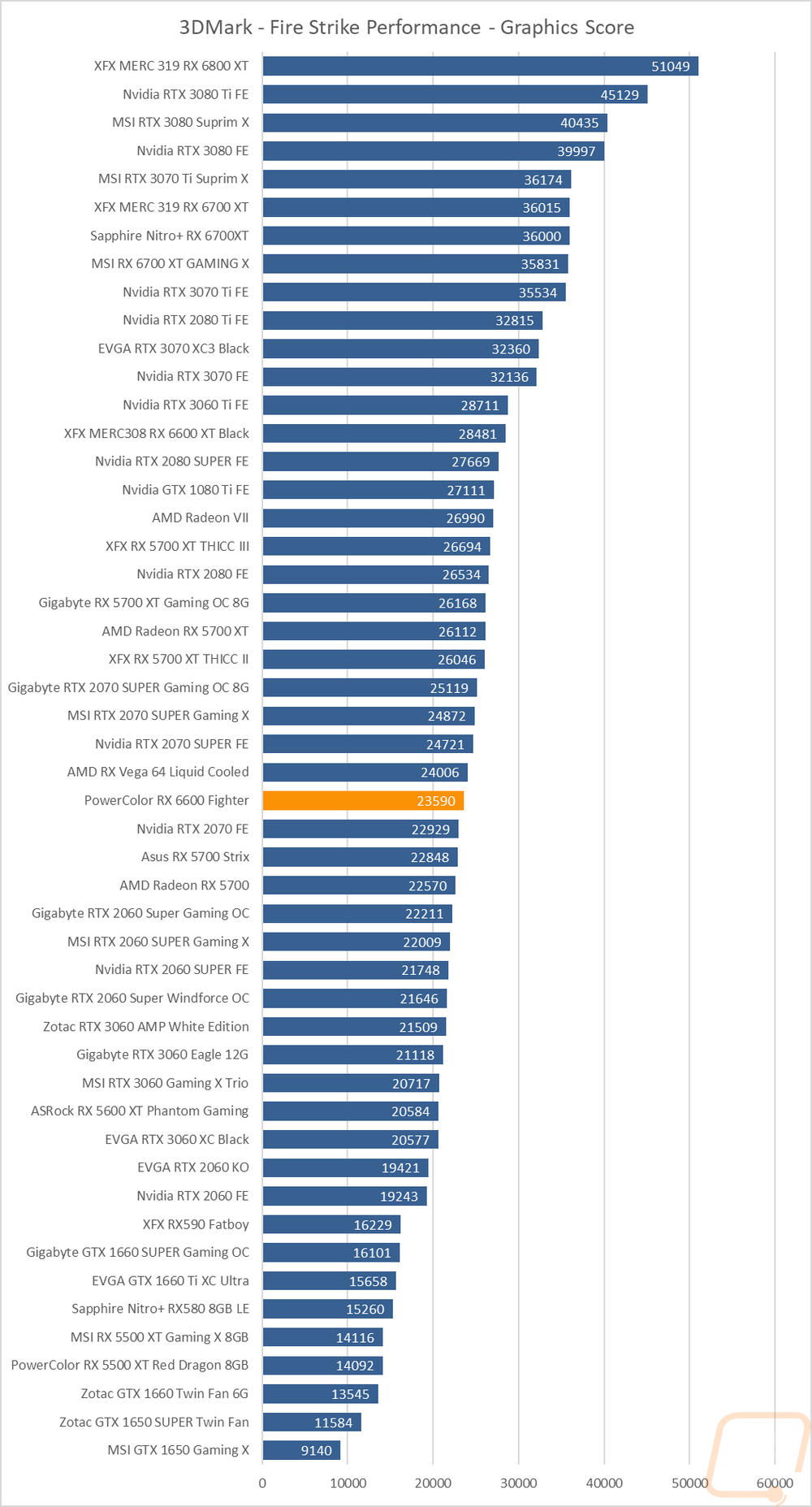 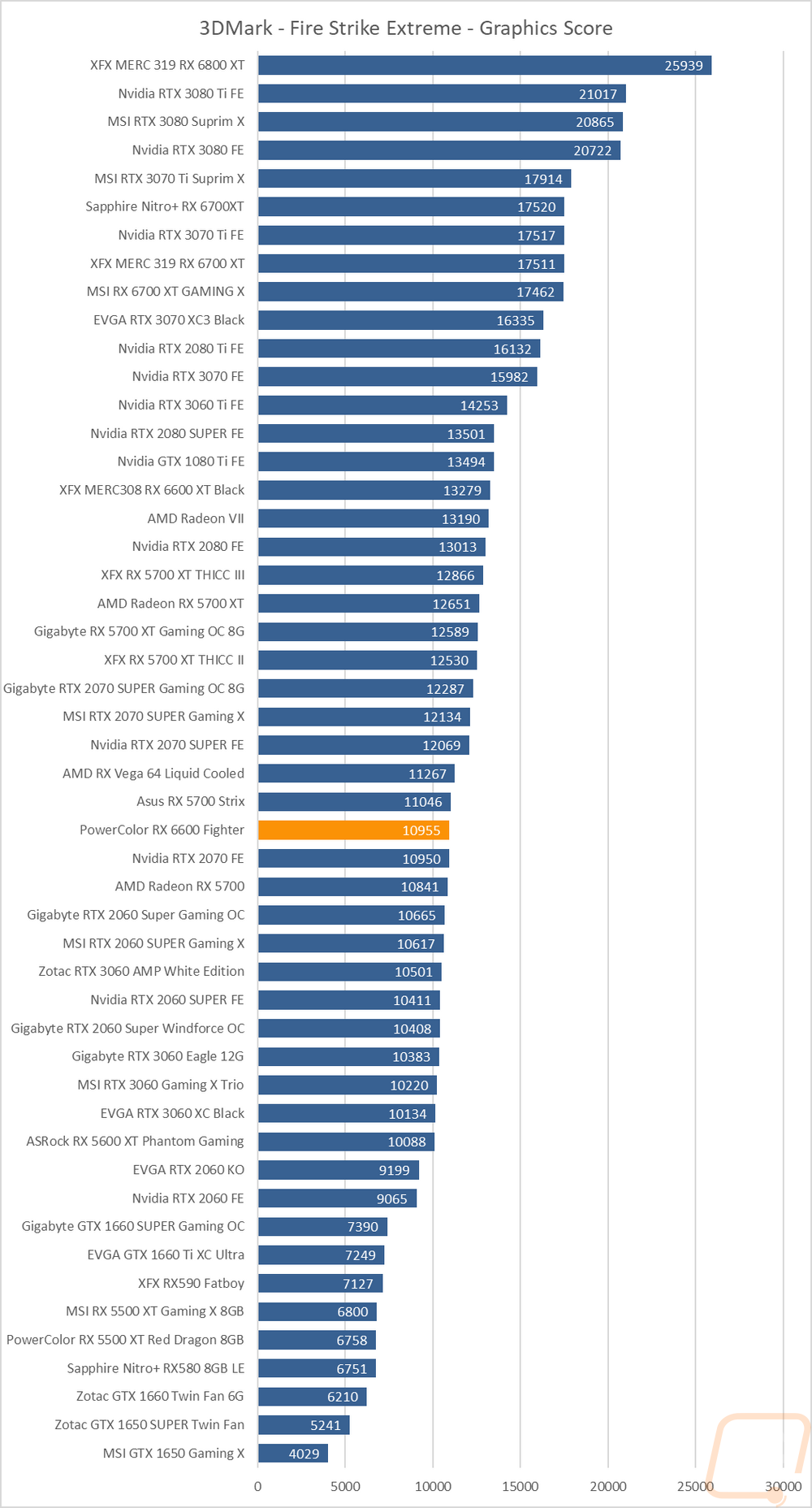 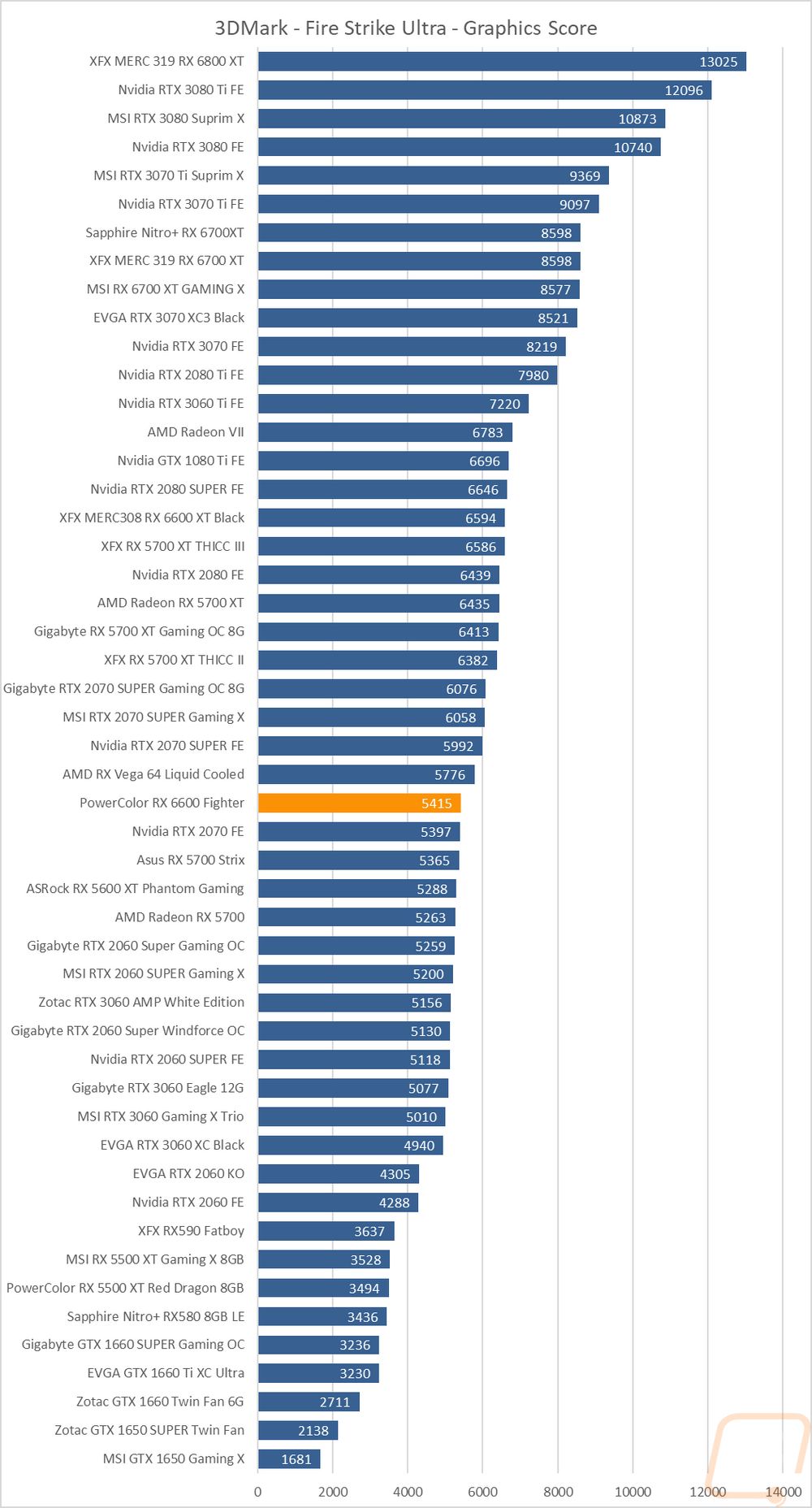 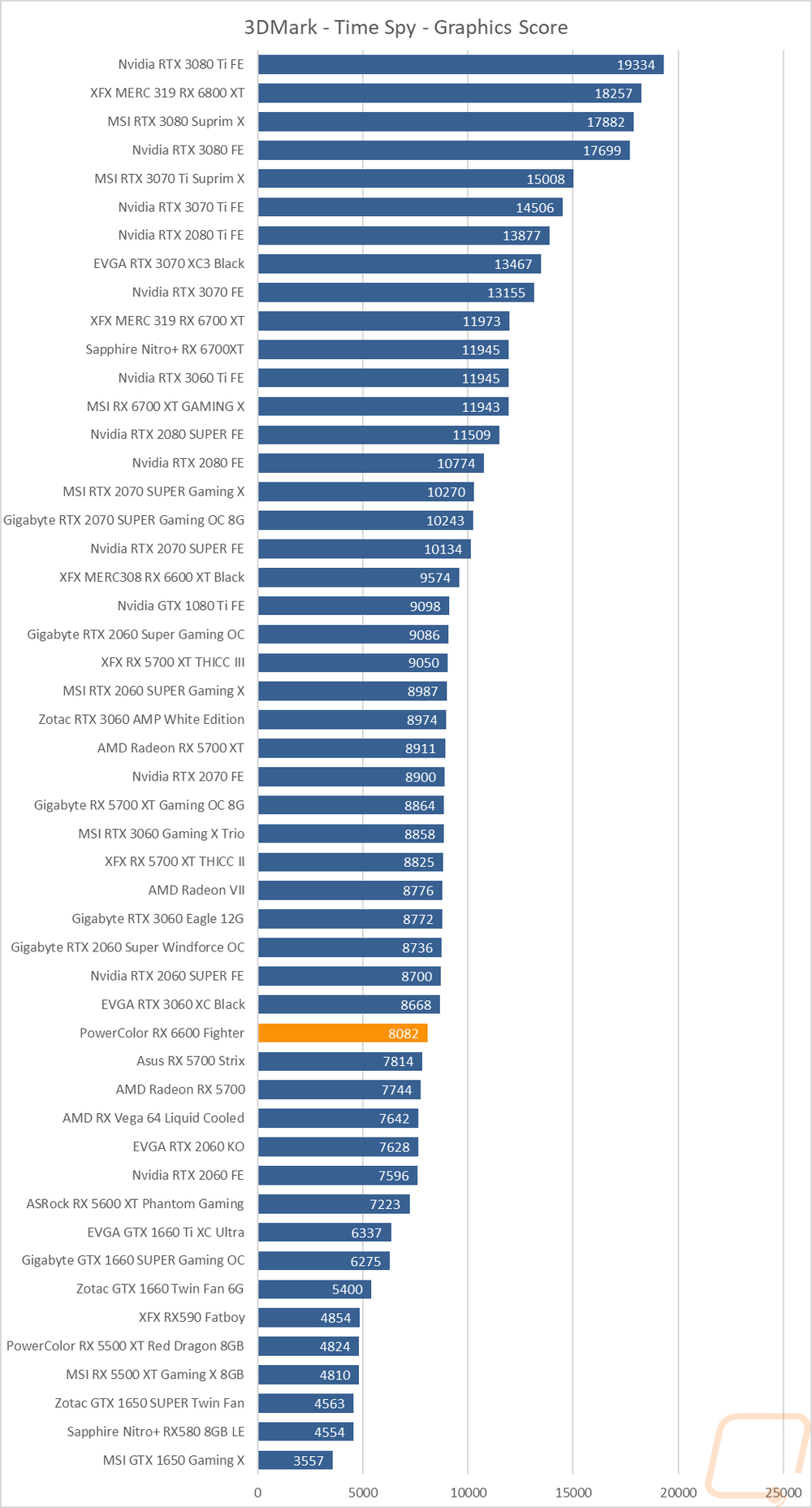 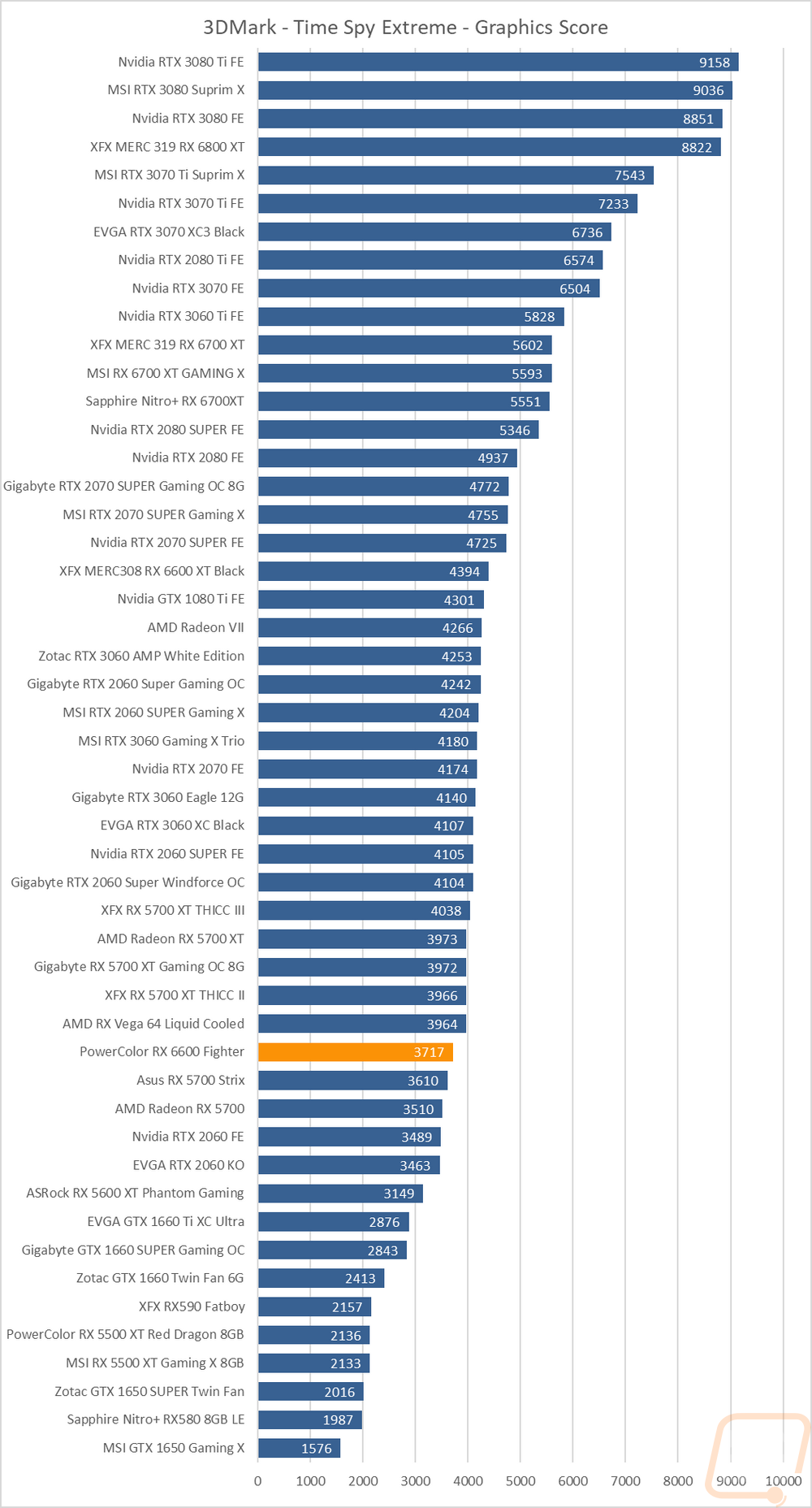 With AMD adding ray tracing support I did also slip in testing with 3DMark Port Royal. Here the PowerColor RX 6600 Fighter performed down below the RTX 2060’s that it was outperforming in the previous tests and there is a huge gap between the 6600 and everything below it. 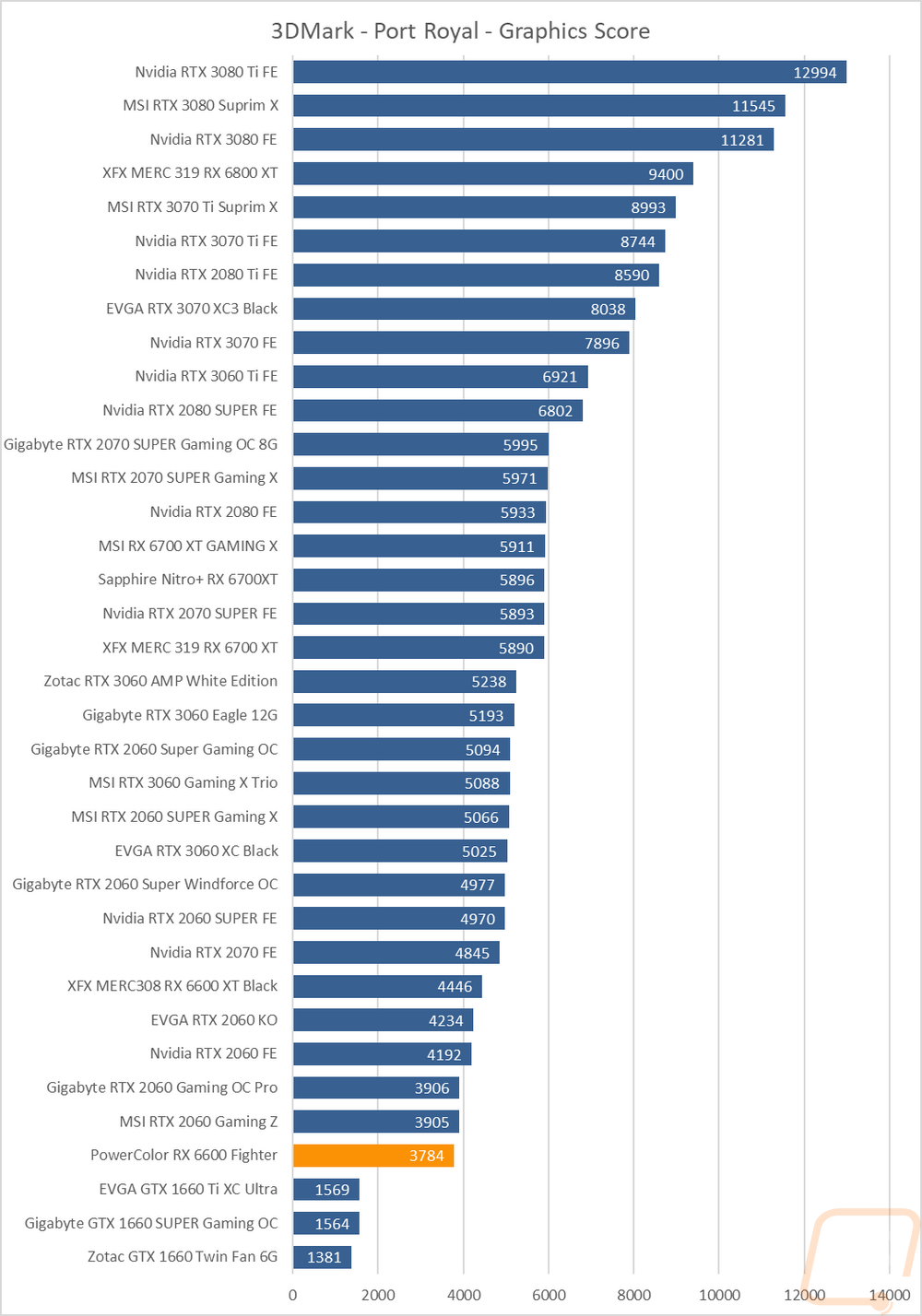