Well, the small packaging size is explained when you can see the PowerColor RX 6600 Fighter as its compact size is a bit of a throwback to cards before the recent push to get bigger and bigger. The Fighter is PowerColor’s reference clocked RX 6600 option and given the smaller cooler design and that it lacks any crazy lighting like their larger Hellhound model means this is their budget option targeted at AMDs suggested pricing. But I think beyond that a lot of people will dig that the Fighter keeps things simple with a design that will fit in more compact builds and has a simple black plastic fan shroud and dual black fans that people who don’t like lighting for example will like. 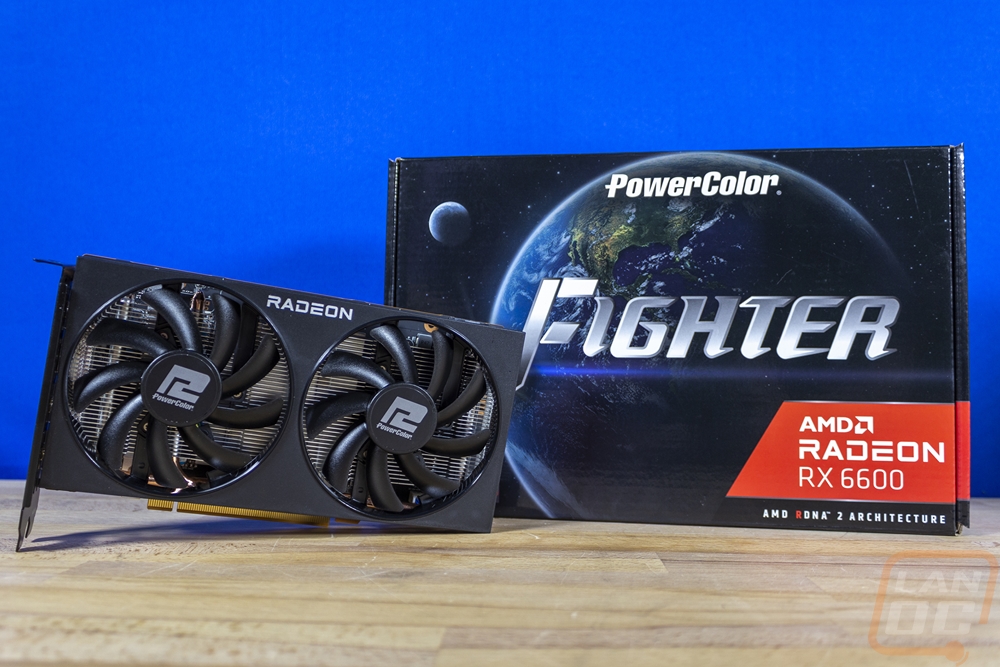 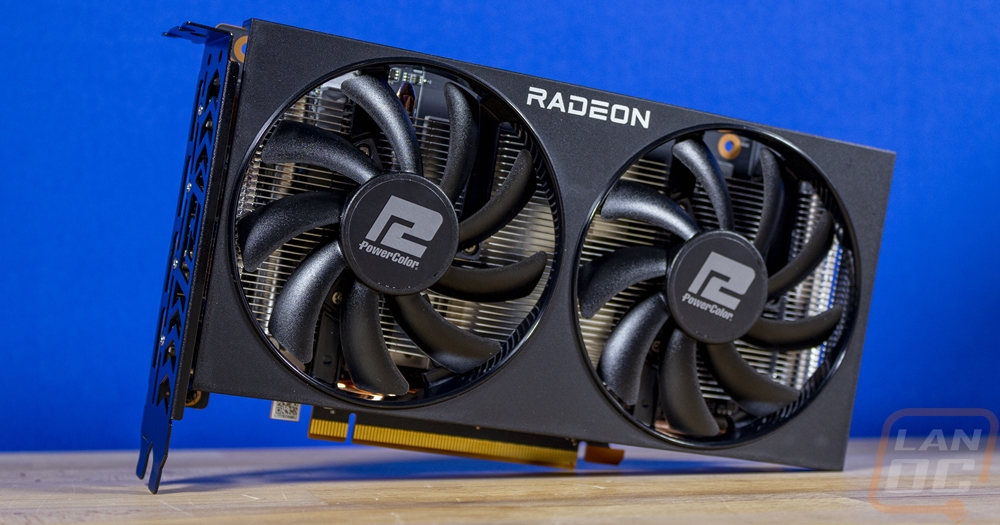 So the card isn’t an ITX form factor with its dual fans. But it is much more compact than a lot of other cars would be. I don’t have PowerColor’s specs prior to launch, but we can see it comes in at 205mm long and fits in the normal PCI standard with just 5mm over the top of the bracket and is a true dual-slot card, not the normal 2 slot that wouldn’t work with anything next to it. 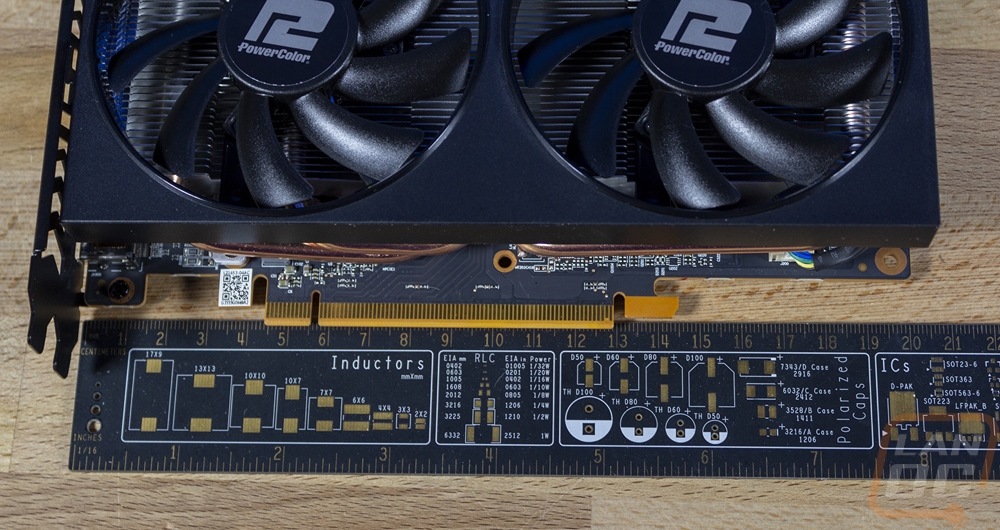 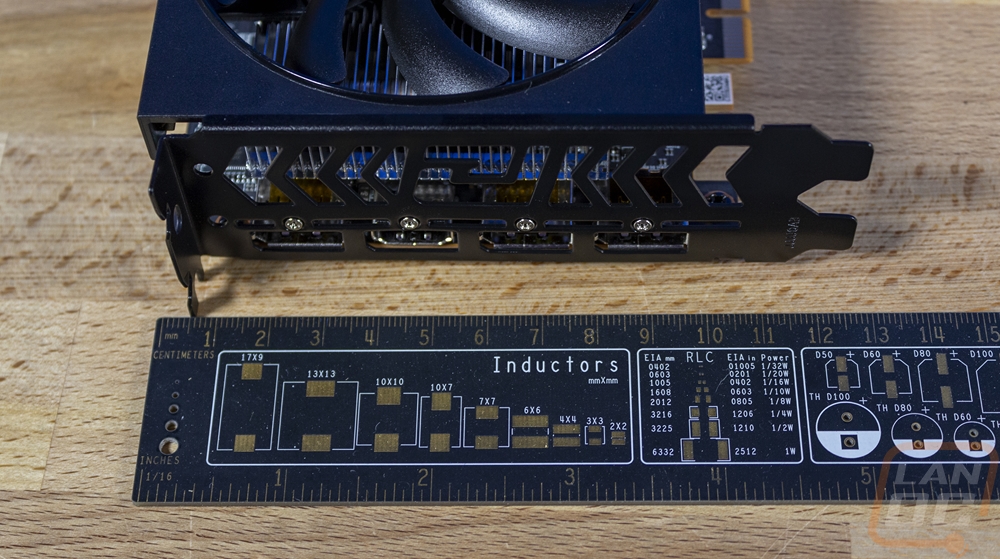 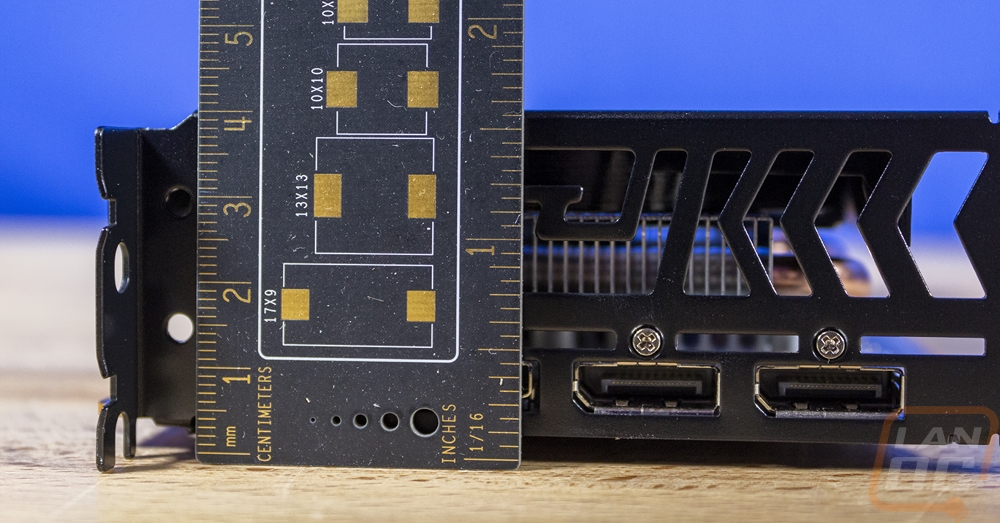 The side profile of the PowerColor RX 6600 Fighter has the dual fans taking up almost the entire card. They are 90mm each and they both have 9 curved blades that are blowing down into the heatsink. We can see that the heatsink has a horizontal layout which often isn’t the best for overall cooling because it has to push the air a longer distance out to the ends of the card. But a horizontal layout on the heatsink does also mean less heat being pushed out the top and bottom of the card which means less heat against your motherboard and towards where most M.2 drives are installed. The heatsink also doesn’t fill the total height of the card, you can see large openings at the top and bottom where the heatpipes that pull heat out from the center over the GPU out to the ends are at. The side profile has PowerColor logos in the center of each fan and then the Radeon logo up at the center but overall the branding is very minimum and without lighting it isn’t in your face at all. In fact, it is just grey on black. 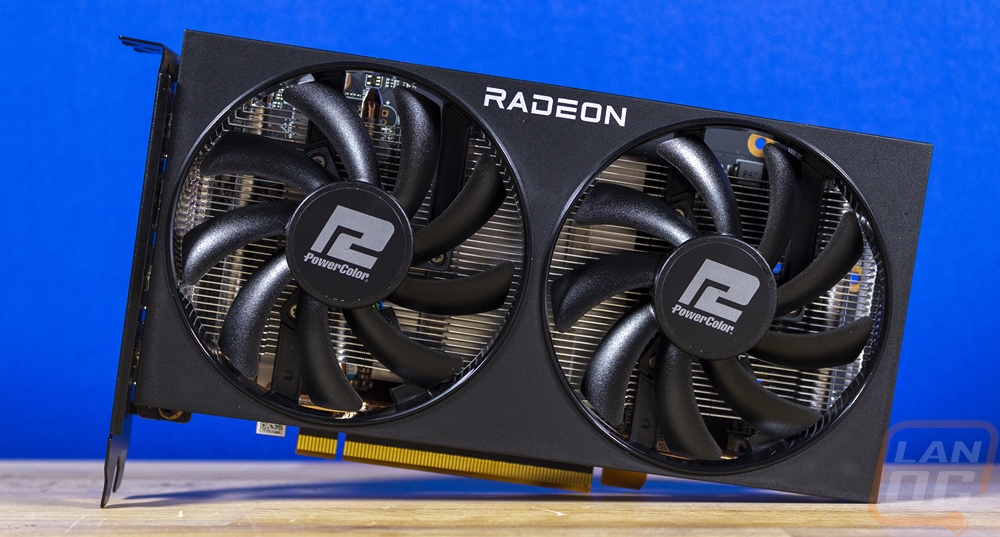 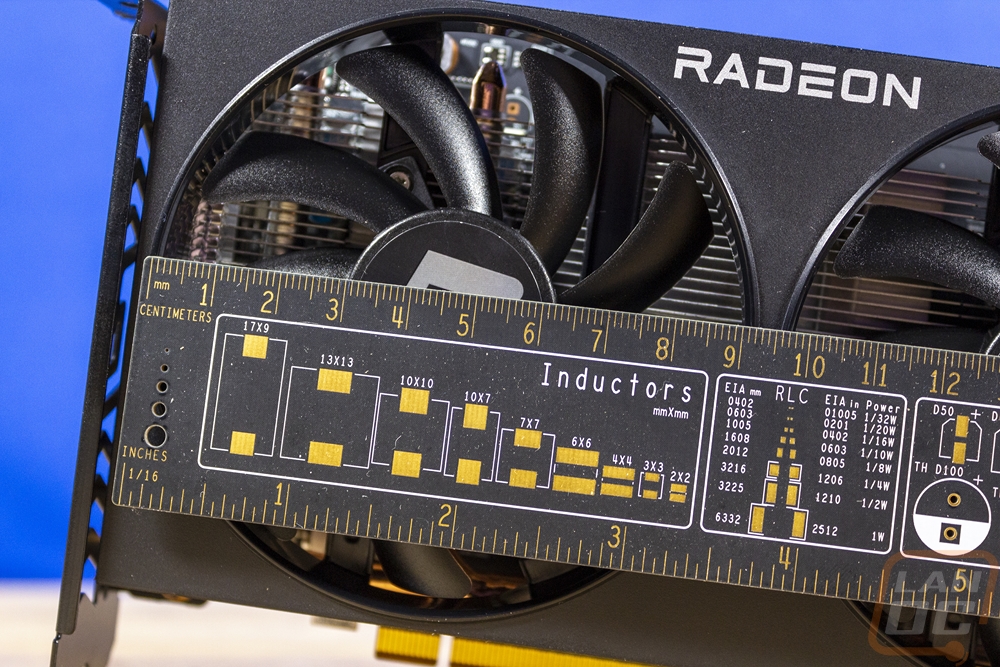 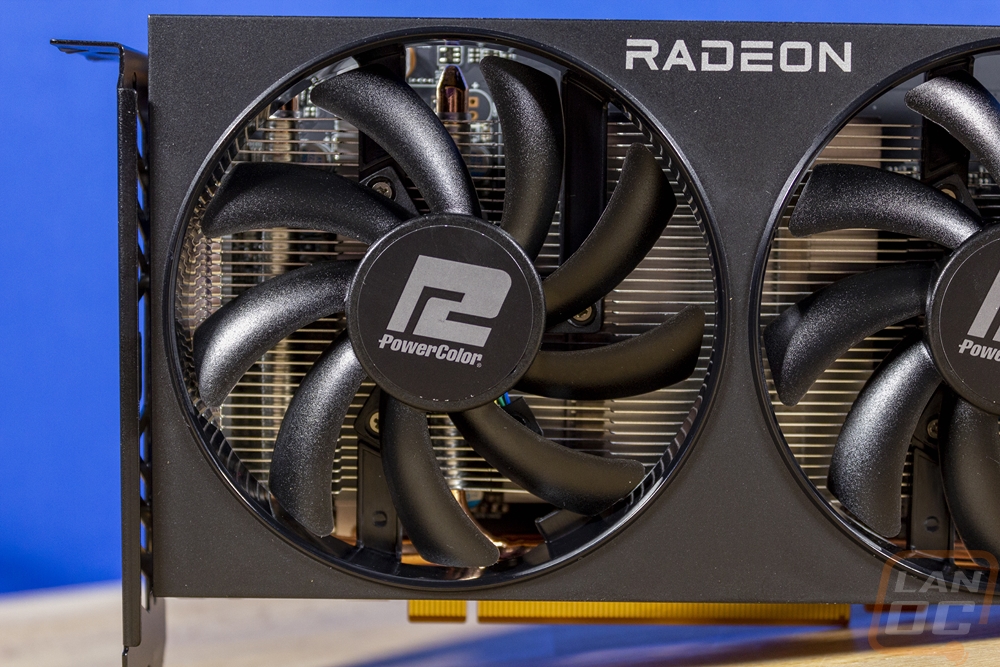 Up on the top edge, they do have the PowerColor branding which is again in the grey on the black plastic fan shroud. The top is also where they have the power connection which is down at the end of the card because the cooler doesn’t extend past the end of the PCB at all for once. The plug has a standard layout meaning clip is away from the PCB and the PowerColor RX 6600 Fighter uses an 8-pin plug.

A look around at the edges of the PowerColor RX 6600 Fighter tells us more about the cooler design as well. Normally the horizontal coolers struggle with that long-distance airflow, but we can see that once you get past the area over the GPU itself that the heatsink isn’t tight-fitting against the PCB. That gap should help with that airflow, allowing some air to go out the top and bottom. But the downside is that the heatsink once you add the fans on the top and the gap under it with a true 2 slot card is very thin. We can also see that it has three heatpipes to pull heat away with two going towards the PCI bracket side and one towards the end near the power plug.

Now on the back of the PowerColor RX 6600 Fighter, it doesn’t have a backplate at all which while I wish it did have one I completely understand that budget-focused cards aren’t going to have them. PowerColor did at least give the card a nice flat black PCB which helps but I do wish given that this is the most visible part of the card that their QC check stickers were a little less in your face than bright yellow. The sticker up on top has the model information and the serial number in case any warranty is needed. Which is in the US and Canada a 2-year warranty.

Then at the end of the card for the PCI bracket, I was really surprised to see that PowerColor included a black bracket. This is something I have been pushing to see more of for years now as I think they blend in better with most cases having black at the back bracket area. The top 2/3 of their bracket is tenting with an arrow design and that I think is a P in the middle. Then down at the bottom, they have four display connections. The PowerColor RX 6600 Fighter has three DisplayPort connections and one HDMI which is the standard these days.

We have 1376 guests and one member online