A true enthusiast is never satisfied and always looking to edge out a little performance when they can. Even if you don’t plan on keeping your card overclocked, a lot of people give it a try to see what they could have if they wanted. When it came to overclocking the GTX 770 I took the same approach that I used on the GTX 780 and all of the other Kepler cards before it. I start by pushing the limits of the GPU Clock Speed Offset to see how far I can push it. To do this I turned up our settings in precision to the max 106% power target and 94 degree temperature target then turned the fan up to 100% just for good measure. From there I started with a high 200Mhz because our GTX 780 hit over that. When that failed I went down to 148 and worked my way back up until it failed my 3dmark test. In the end I hit 174 after turning up the voltage, oddly enough you can only turn up the voltage one notch to 12mV, but that was enough to get 174Mhz offset to pass after failing. The end result while running my 3dmark test was an overall clock speed of 1320Mhz, a highly respectable number if you ask me! 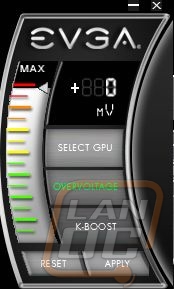 From there I did the same thing with the Memory Clock Offset but something interesting happened. Keep in mind the GTX 770 uses new memory that is faster than ever used before, aka 7000Mhz memory after it is doubled. So I started at a memory clock offset of 204 and bumped it up over and over trying to find out max. It wasn’t until 487Mhz that I saw a single artifact in my test but nothing worth freaking out about. I pushed past all the way up to 637Mhz when I finally had more artifacts than I could handle. It actually passed my test, but I was terrified the whole time the test ran that I was going to trash our brand new GTX 770. Imagine that phone call to Nvidia, we have had your card for 6 hours and I have already blown it up!

When you hear 635Mhz offset it doesn’t really set in until you realize that gave us a memory clock speed of 8280Mhz! Of course that wasn’t going to do it so I bumped it down to 600Mhz and ran it again. This time I did see more artifacts but nothing like the last test. 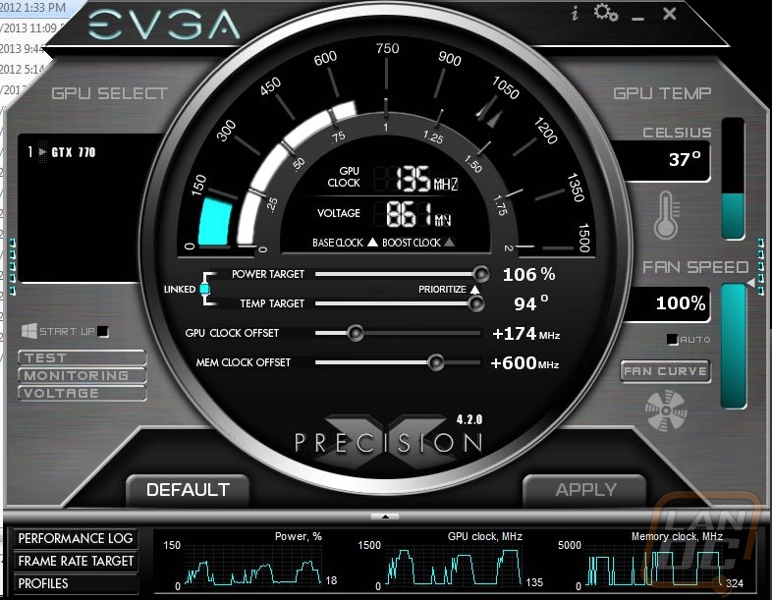 Next I put both of our results together and ran the test once again to see if the card could do both at the same time. Shockingly it ran through the test and even had fewer artifacts than on the similar memory test. All in all I have to say that the GTX 770 overclocked very well, especially on the memory side. To show you all, I have put together my testing for all to see. It’s interesting to see that sometimes a bump in offset might not give actual results when boost is taken into consideration. 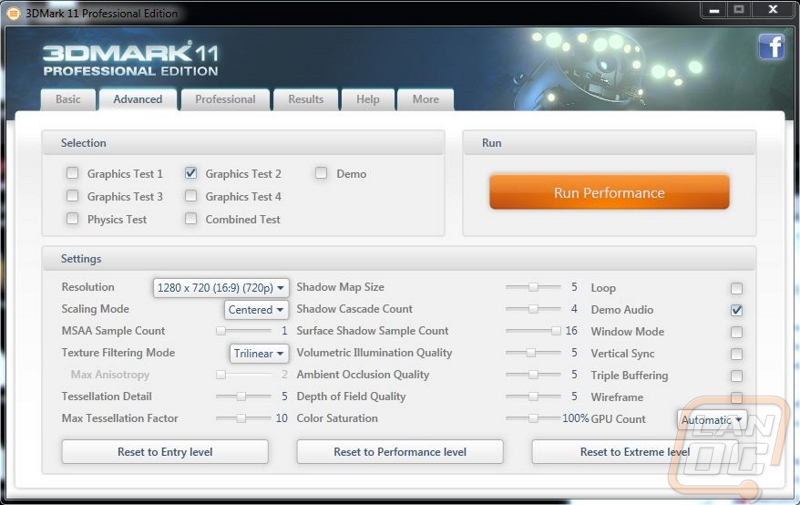