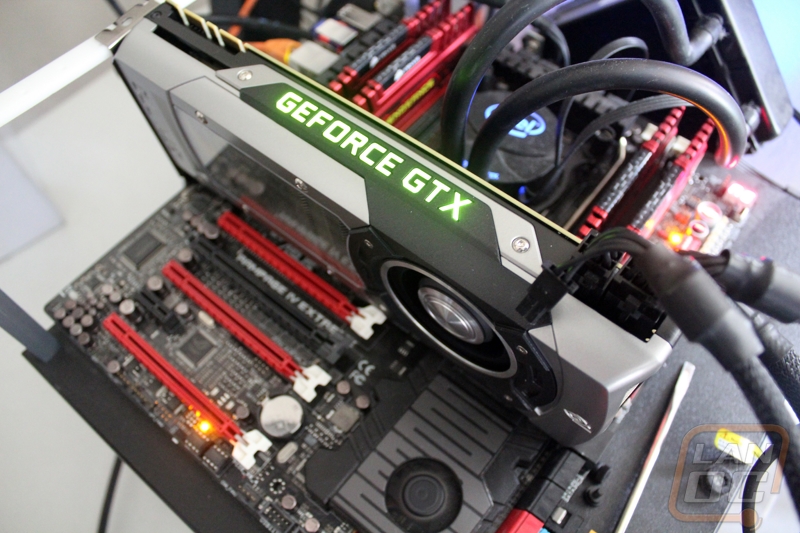 Considering the complete heatsink and fan for the GTX 770 is the same as the GTX 780, I wasn’t surprised that our results came in exactly the same. At idle the GTX 770 was in line with almost every other card we have tested and when I turned the fan speed up to 100% it did get noisy but not a loud as some of the other cards tested like the dual fan R7970. It’s rare that you should ever need to hear the fan at 100%, unless you are having a problem. I found the GTX 770 to be quiet overall in all of my testing; rarely did I ever notice it at all, especially over the small chipset cooler on our Rampage 4 motherboard. 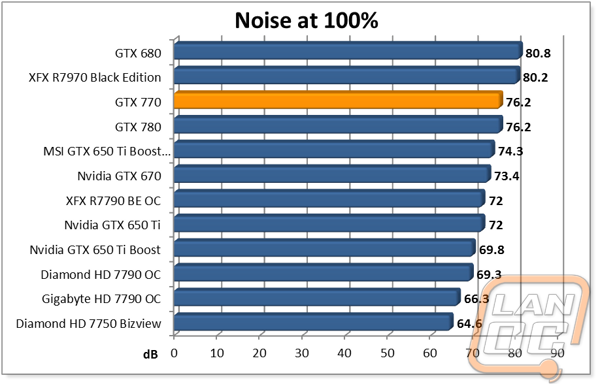 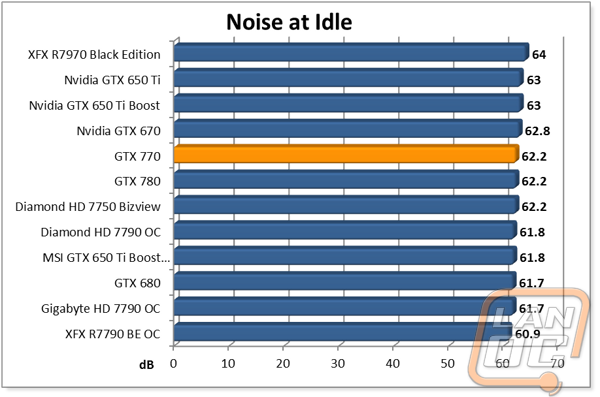 I guess I shouldn’t have been surprised when I saw the temperature results. Nvidia sets 79/80 as their temperature goal to keep things quiet during use. You won’t see it go up over 79/80 but as the heat increases you might hear the fan slowly creep up. In my case I could hardly hear the fan at all during this test, a noticeable improvement over the GTX 680 and HD 7970 that I re-tested recently. 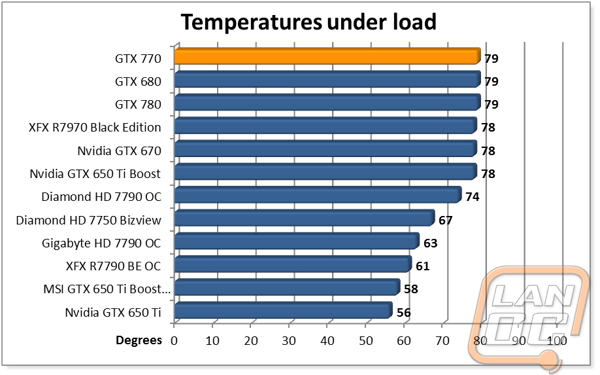 For power usage I was actually very surprised. Even just on our idle testing the GTX 770 outperformed all but the lowest cards. At loud the performance was respectable as well. The GTX 680 was always a low power usage card and the GTX 770 came in even lower, not bad considering it has faster ram, a higher clock speed, and a higher TDP. 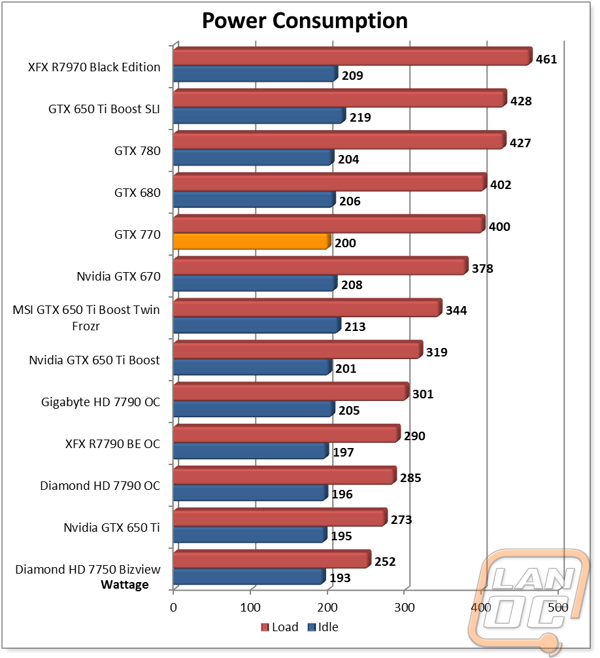