For cooling on the Gigabyte HD 7790 1 GB they are calling this configuration their Triangle Fan Cooling. What that consists of is a thick heatsink design that mounts directly against the GPU without any heatpipe assistance. On top of that is a 9 fin 120mm fan design to push air over the heatsink to keep things cool. To make sure all of that air is focused on the heatsink we have a small fan shroud that goes around the fan and extends out slightly on the left and right sides. There isn’t much to it, but it is a unique design that we won’t see from anyone else and it is considerably different from the reference design.  It’s important to note that this design does push all of the cards heat into your case, meaning it can warm up the rest of your PC if your case doesn’t have good ventilation. 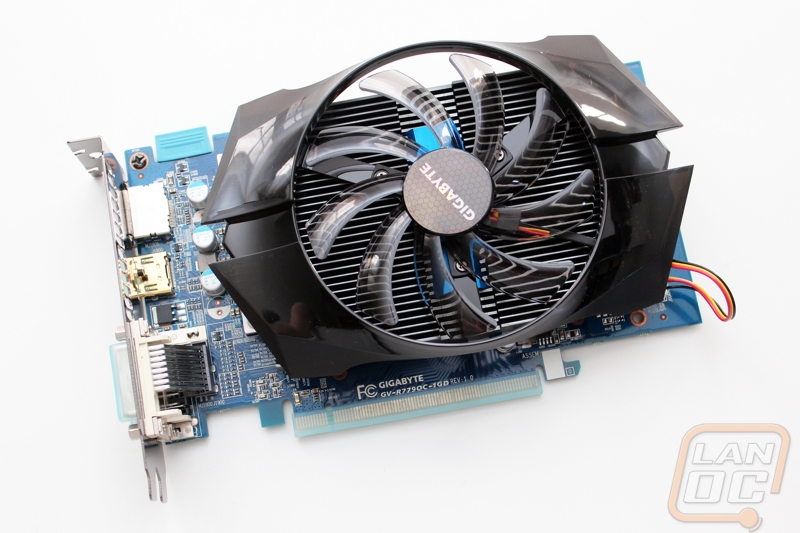 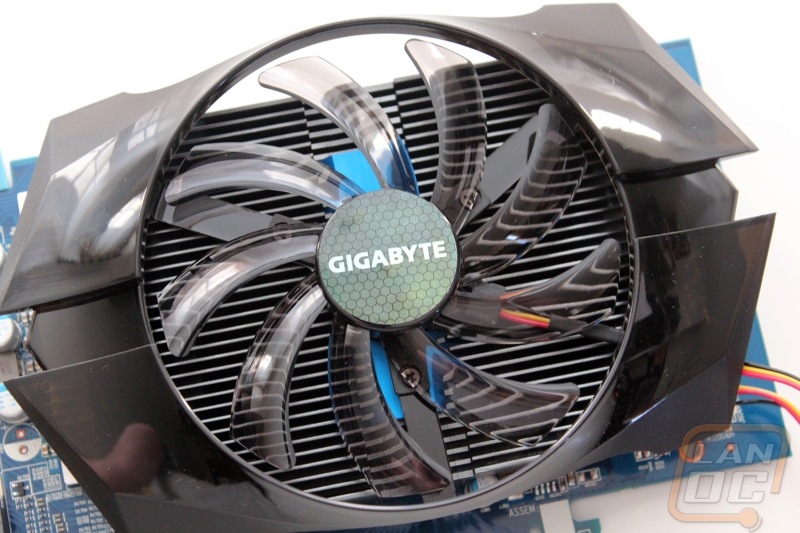 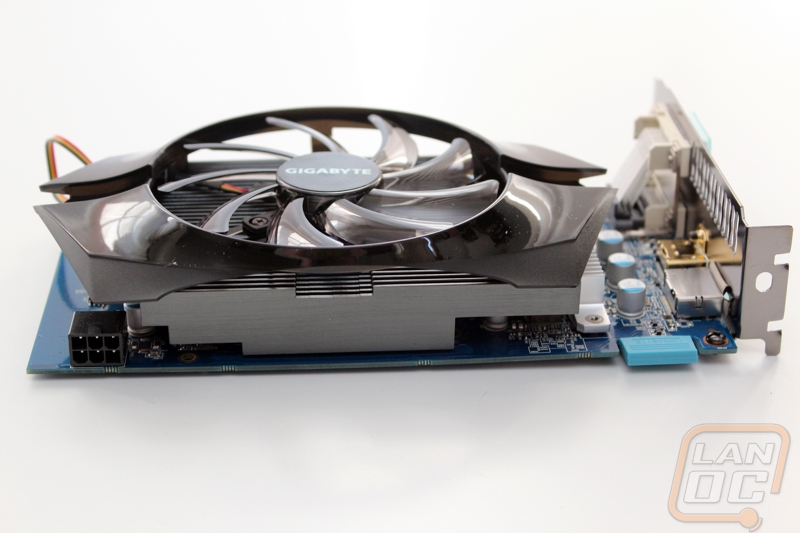 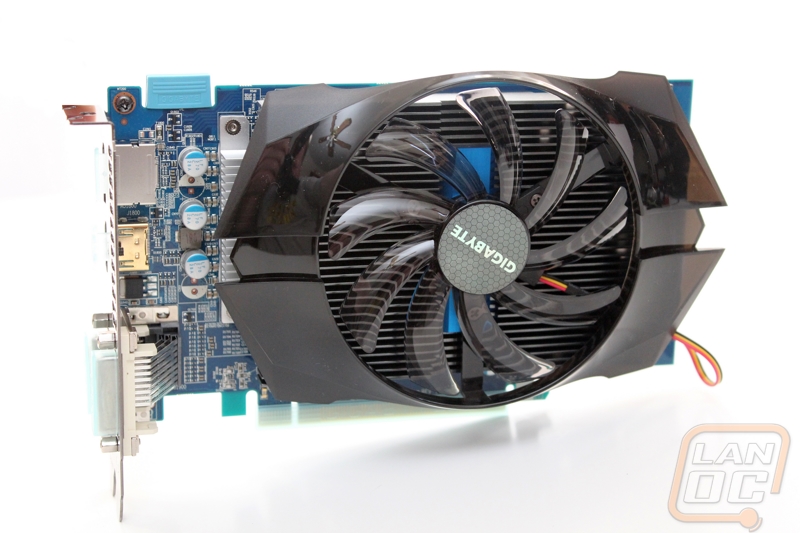 A blue PCB is going to stand out in some builds, for some this will be a selling point if it matches their build but if you were going with a black theme or red this bright blue PCB would stick out like a sore thumb. I always prefer a black PCB because they blend into just about everything. You can also see that the Gigabyte HD 7790 1Gb has a single crossfire connection up top for expandability. I should also point out that this plug is in a different location than the XFX card that we took a look at yesterday, you will want to look closely when picking up a second HD 7790 for crossfire for this reason. The reference design and XFX cards both have less room between the crossfire plug and the PCI slot cover than on this card, as you can see Gigabyte spaced it out and mounted the PCI slot cover in that area. 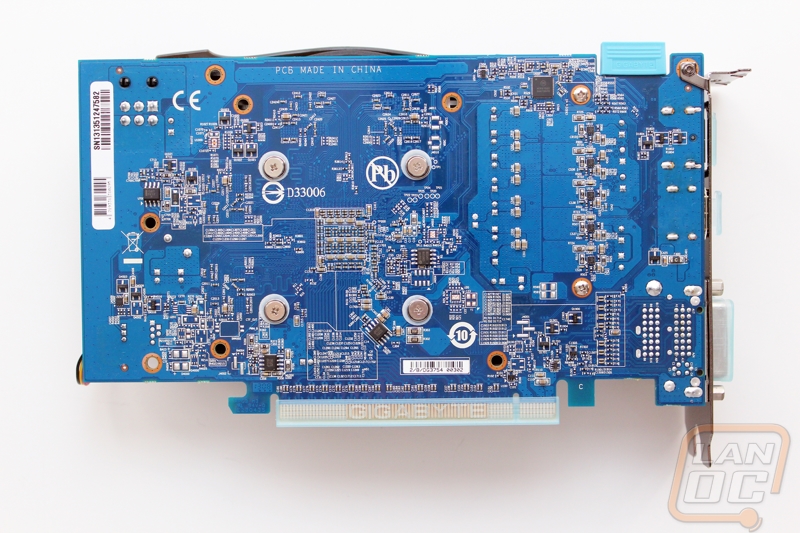 In the top right corner the Gigabyte HD 7790 1Gb OC is pulling its power from a 6 pin power connection that is facing up. The power plug facing up means that you won’t have to worry about the power cable taking up more space at the end of your video card in a tight build. 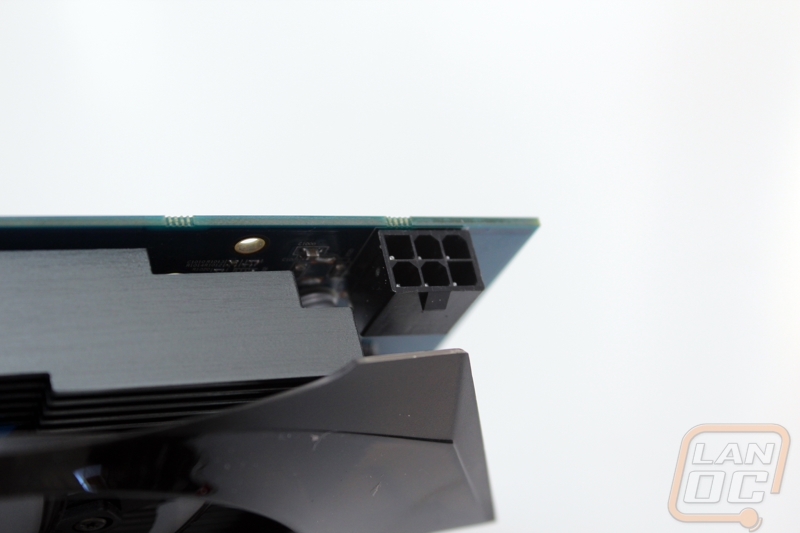 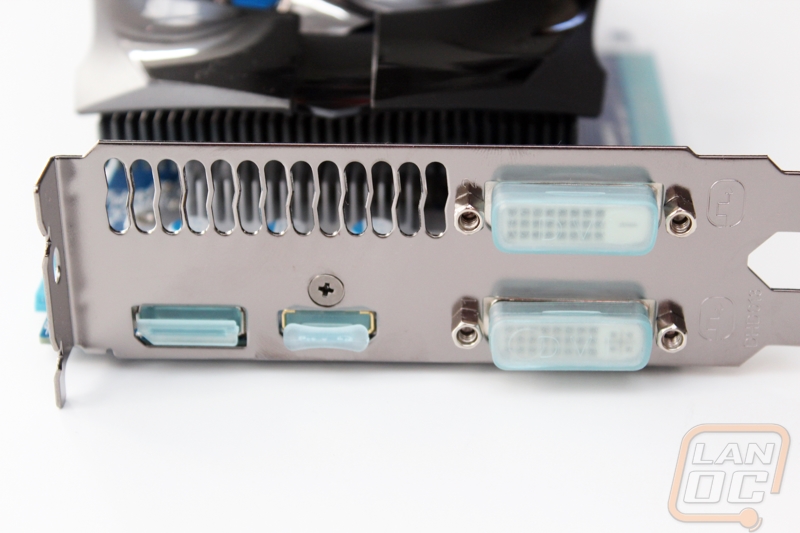