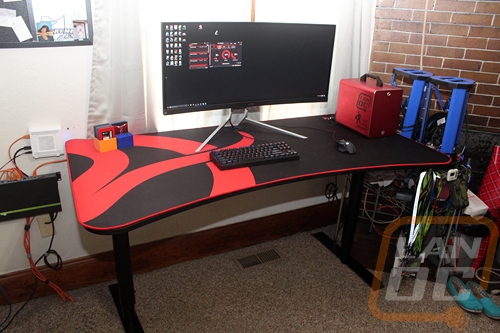 You ever have one of those bad days that you just wish you never came into work. I would imagine that the day that this desk and an additional chair as well was delivered our driver was having one of those days. The box for the Arena is big, but not much bigger than you would expect for a large desk, but it comes in at an impressive 105 pounds. Add in the chair as well and the total shipment was 160 pounds. UPS even had to put a warning sticker on the box for the weight. 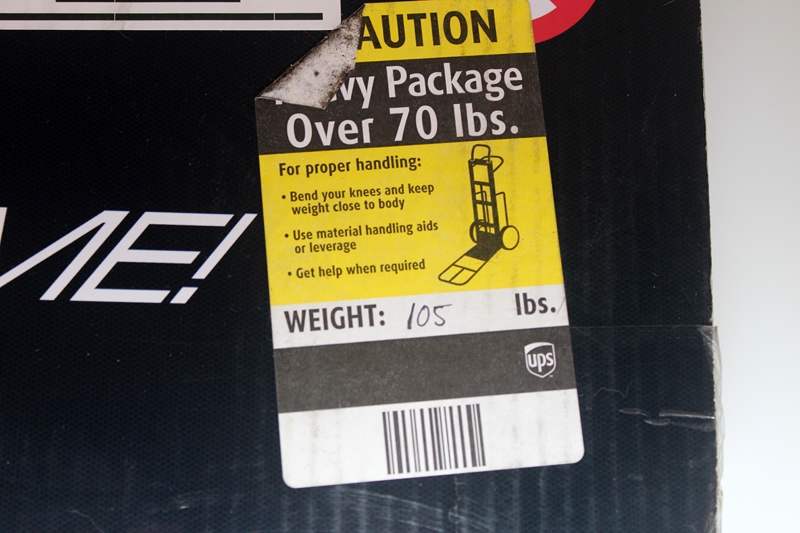 Once we had the box inside, beyond nearly breaking my back moving it around, I also had to find an area to take photos of everything. Because of that, I apologize for the photos taken on the floor, but the box and the desk later on just wouldn’t fit in my photo area at all. Anyhow the Arena desks box is glossy black with a large photo of the desk on the side along with smaller photos of each of the color options. Arozzi has a few of the desks key features described as well. 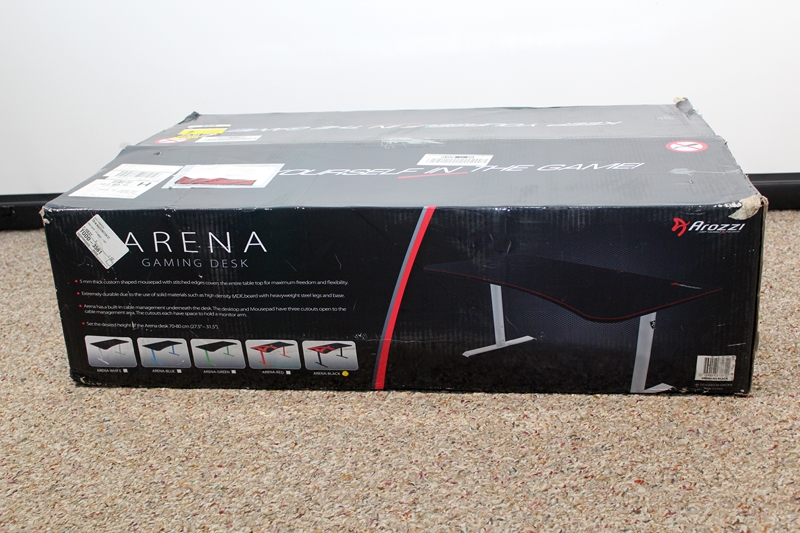 Inside the box, I was blown away with how much cardboard as inside to keep everything safe. The mousepad top surface comes in the big tube and there are 2 inch thick pieces of cardboard that hold the tube in place along with keeping the two legs and all of the metal parts in their places as well. The legs have large metal top panels and those are wrapped up in cardboard, then all of the metal components (legs, feet, and structure) are all wrapped in plastic as well. Then from there are two empty filler boxes and then a big bag with the documentation, bolts, and tools. The three panels that make up the top of the case are then all up under everything with each wrapped in a bag and with cardboard in between each layer. 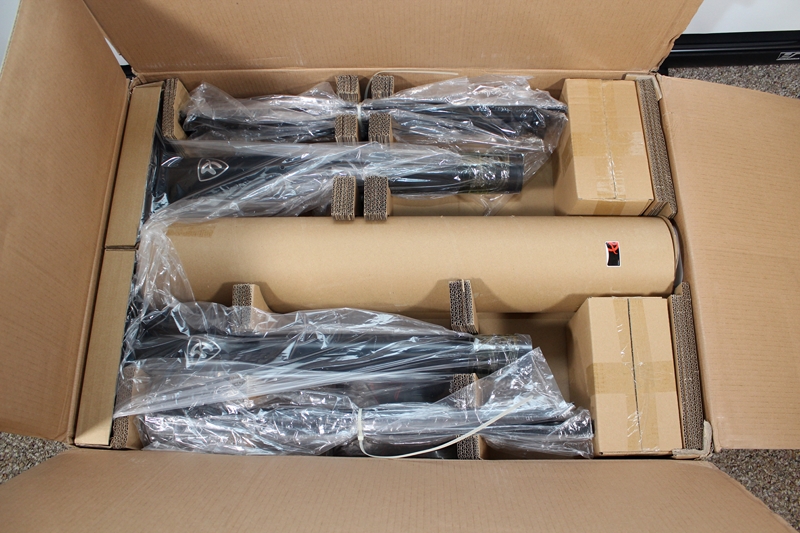 For documentation, you get an assembly manual and then a stack of papers in different languages that explain where to get assembly instructions in each language. 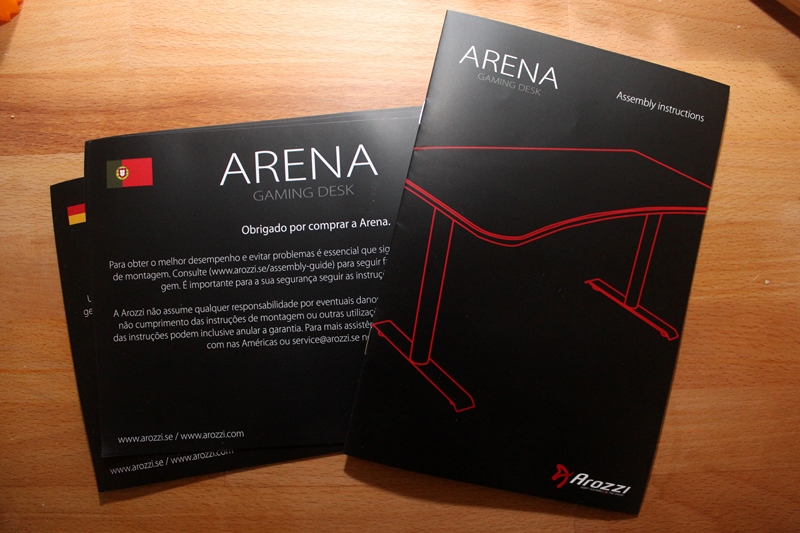