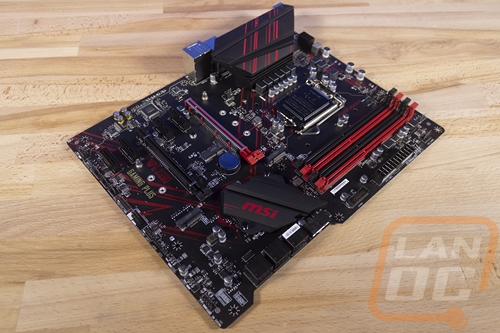 With the 9900K launch, a few weeks back along with the other 9th generation core processors Intel also released their new chipset, the Z390 chipset. This is the latest high-end chipset for the mainstream socket but you might be wondering what is even different when compared to Z370. Well as far as the chipset goes, it is adding USB 3.1 Gen 2 onto the chipset and the option to integrate Wireless AC. But it also means new motherboards and I’m curious what else might get changed. MSI, for example, has revamped their naming scheme. The board they sent over is the MPG Z390 Gaming Plus. So I wanted to touch on the new MSI naming and then check out the new board and see what it has to offer.

When I first saw the name of this board the first thing that came to mind was is this going to give me better gas mileage on my car. That is what MPG means to me so I was happy that MSI sent over a note explaining their new naming. The email basically broke down that MSI Z390 board would have four main brands. One you have most likely seen in the past and another was actually introduced with their new X399 boards. The old one is the Pro brand, MSI isn’t changing anything there, those also don’t come with or support the software found with the MEG, MPG, and MAG boards. They are focused on simple home and business designs. The MEG series is their high-end boards, for Z390 they have Killer NICs, dedicated DACs, and an infinity mirror RGB light zone called the Mystic Light Infinity. The MPG series like the one I’m going to check out today is their mainstream series. Then MAG has as they call it a “rugged military likeness” and focus on functionality whatever that means.

All three of the new suffixes are all abbreviations and MSI explained that the intention was to say them spelled out. I’ve been calling the X399 MEG board that I have here in the works “The Meg” and picturing Meg Griffin the whole time so it is good to know they expected it to be called the M E G. The abbreviations did have specific meaning with MSI’s old product lines but are no longer attached to those meanings. I guess the goal was to lower their usage of the word “gaming” and none of the new names are gaming specific. That said the MSI MPG Z390 Gaming Plus still has gaming in the name, I guess they wanted to leave gaming just to point out which boards are gaming focused. SO from this name we should take that this is MSI’s gaming-focused mainstream board on the Z390 chipset. Personally, I would prefer shorter names, not longer names. Like when they called the boards Gaming M3, Gaming M5, and Gaming M7. Dropping the gaming all together and just going G3, G5, and G7 would have been great. Now I’m going to be thinking of Meg Griffin, Miles Per Gallon, and Maglite flashlights when I shop for motherboards, what about you?