The Assassin 2’s packaging is very similar to the originals design although slightly smaller. The entire box has a camo design on it with the G1 Killer logo in the bottom right corner. In the middle you have the G1 Assassin 2 logo and the rest of the bottom half of the front is covered in feature logo’s like the build in 22100 NIC and 20K2 audio chipset from Creative. 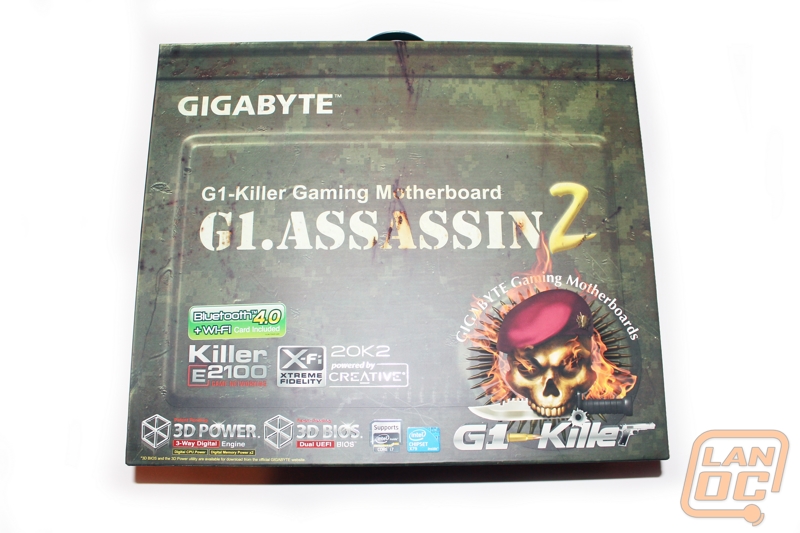 Around back the camo theme is carried over but the entire back of the packaging is packed full of information. In the middle there is a full board shot of the Assassin 2 with a few of its key features broken down with lines pointing each of them out. 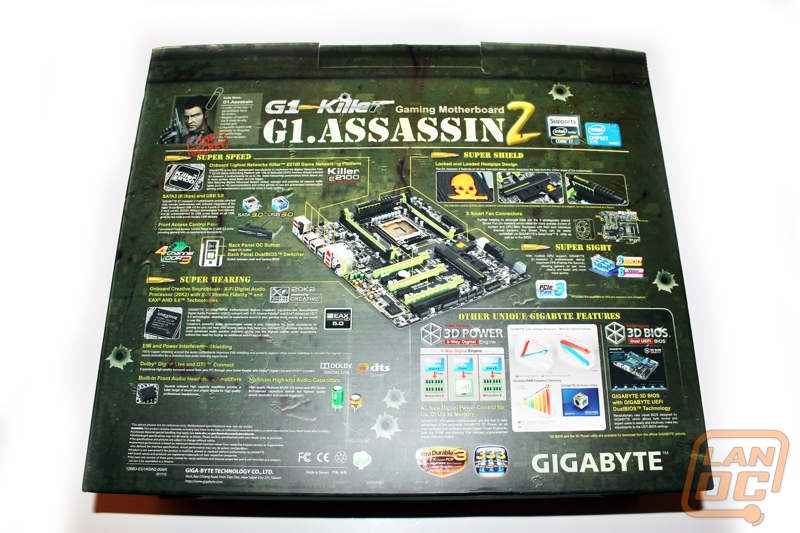 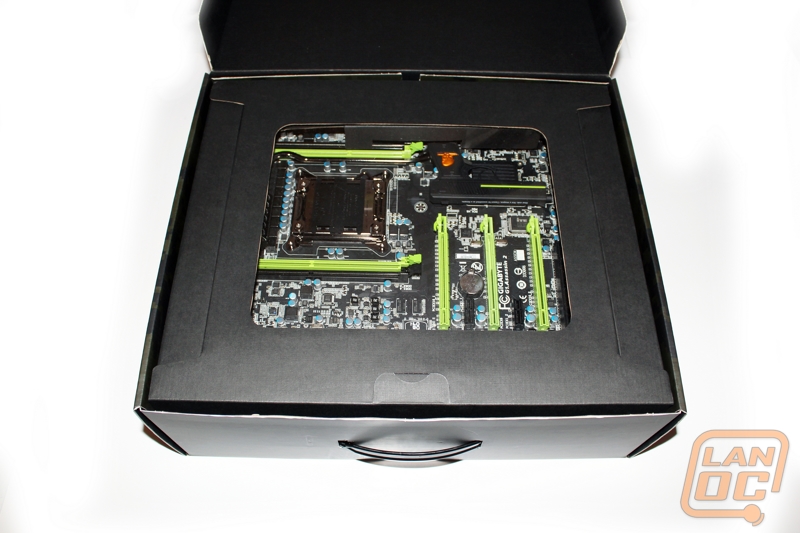 Under the actual motherboard box you have a tray that is split up into four different sections. Inside you have all of the Assassin 2’ accessories. For those who remember the original Assassin you will remember that it came with a lot of accessories and this one is no exception. The first thing you will see is a fold out poster that has a nice G1 Killer Logo on it with multiple fake bullet holes on it. 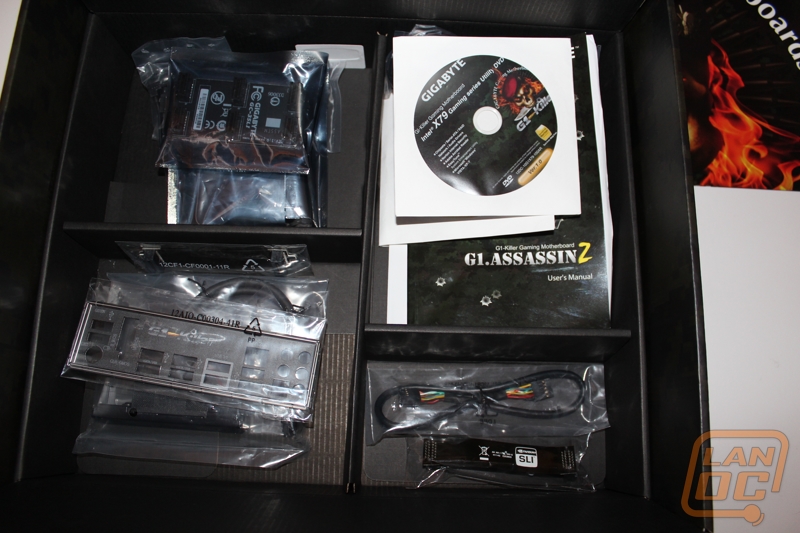 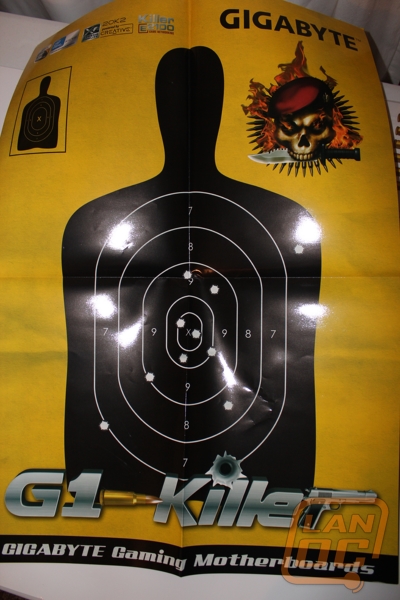 You also end up with a G1 Killer sticker pack! 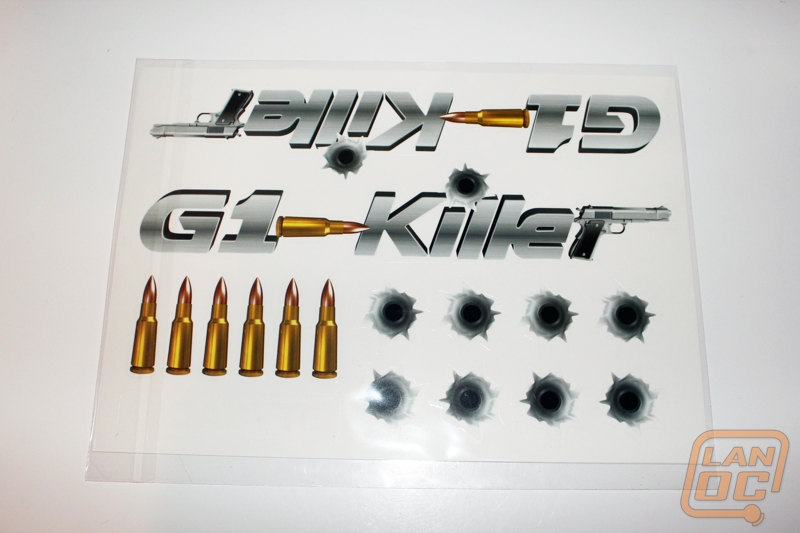 For documentation you have a fairly thick manual along with a second manual for the included GC-Wifi wireless card. In this photo you can also see the two included wireless antenna’s. 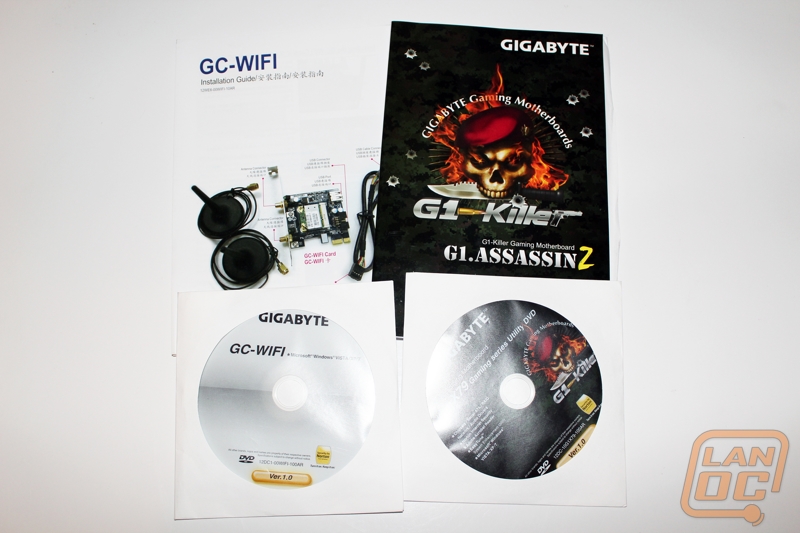 Both two and three way SLI bridges as well as a crossfire cable. That’s right this board comes with a crossfire cable. Why? Because they wanted to make sure you got a black cable, the same goes for the flexible SLI cable. These ribbon cables are worth their weight in gold. 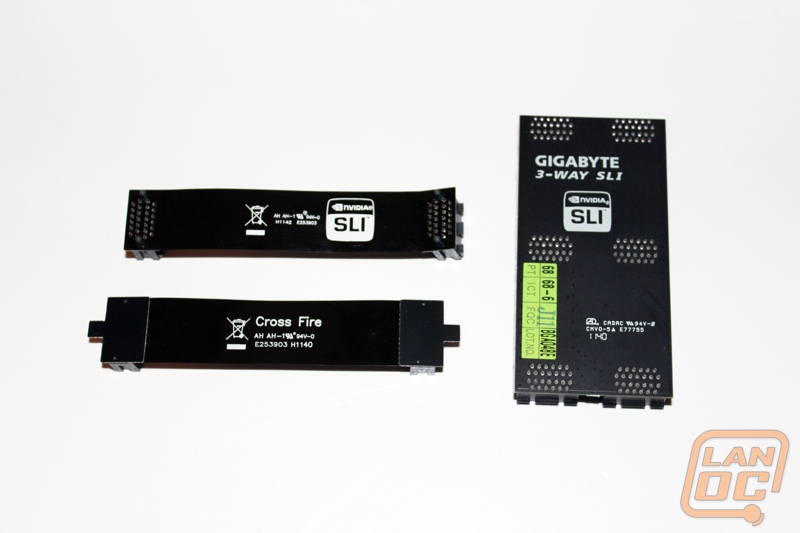 The rear I/O plate sticks with the black them and even includes a G1 Killer logo on it, a nice touch. 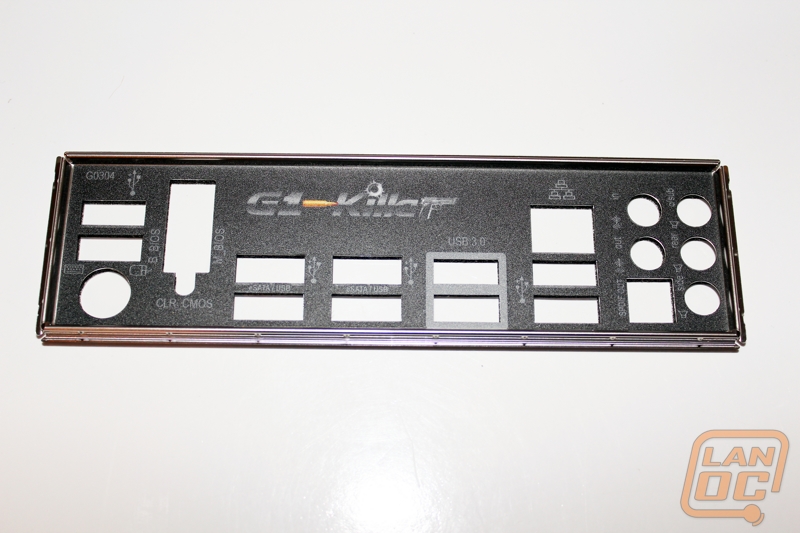 Adding to the value of the Assassin 2 is a nice 3.5 inch bay device that runs two USB 3.0 ports directly off of an internal header. 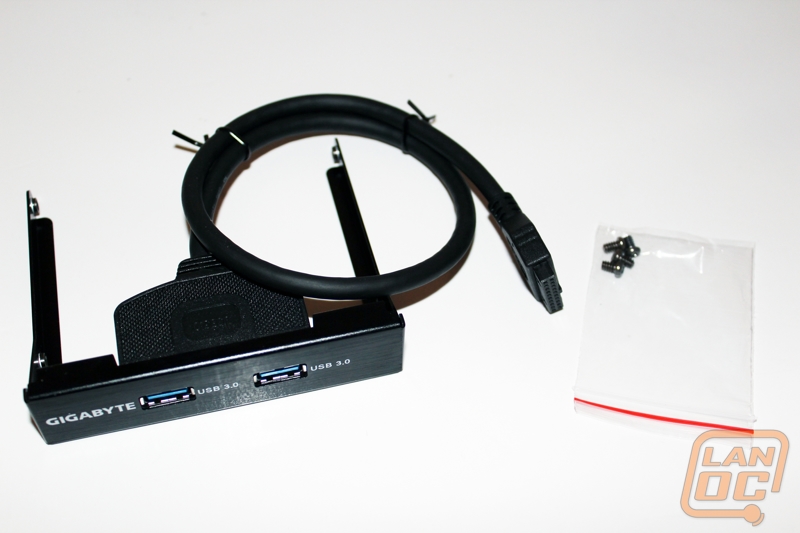 Last but not least you have your SATA cables, two right angle and two straight. The third bag actually has the USB header for the included Wifi card. 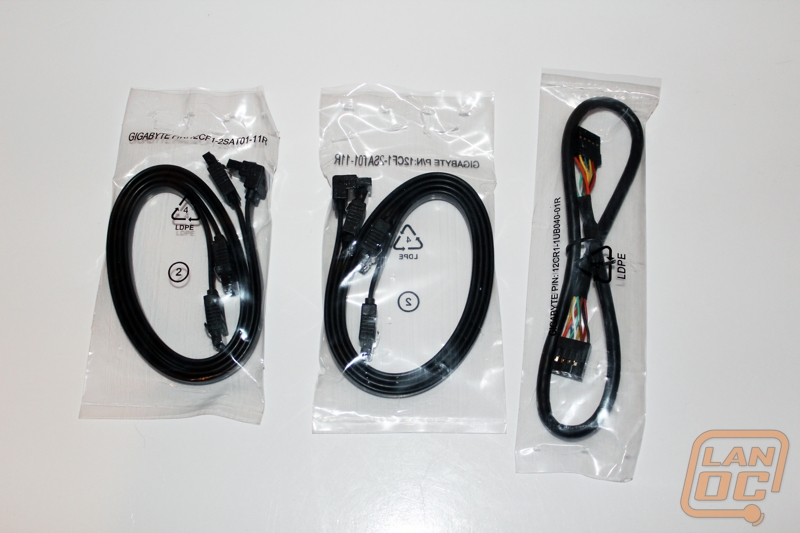