Intel has officially announced their newest chipset for socket 1155, the Z77. With H61, H67, P67, and Z68 chipsets still on the market, it may seem bewildering that Intel would introduce yet another beast to the field. In addition, Z77 is one of six new chipsets introduced in Intel's new 7 series chipset, Panther Point. What does the Panther have to offer that its predecessors did not? Though Intel may have just announced Z77, we've had our hands on sample boards for the past several weeks, putting them to the LanOC test, and we can finally share what we've found. We'll start with Intel's own Z77 board, the DZ77GA-70K as well as coverage of the Panther Point chipsets.

As discussed before, one of the largest differences between the 6 and 7 series is support for USB 3.0, which looking at the table below we see up to 14 USB ports available on both series, with the 7 series including up to 4 USB 3.0 ports as opposed to straight 2.0 on the predecessor. What this translates to is a faster communication from chipset to processor. Though we've seen USB 3.0 on boards previous to the launch of Panther Point, they were made possible through use of a third-party controller. When a controller is involved, it creates a middle-man of sorts, requiring that controller to communicate with the chipset, which then communicates to the processor. Those four USB 3.0 ports supported directly on the chipset can skip that third step and talk directly to the processor, which means faster performance. 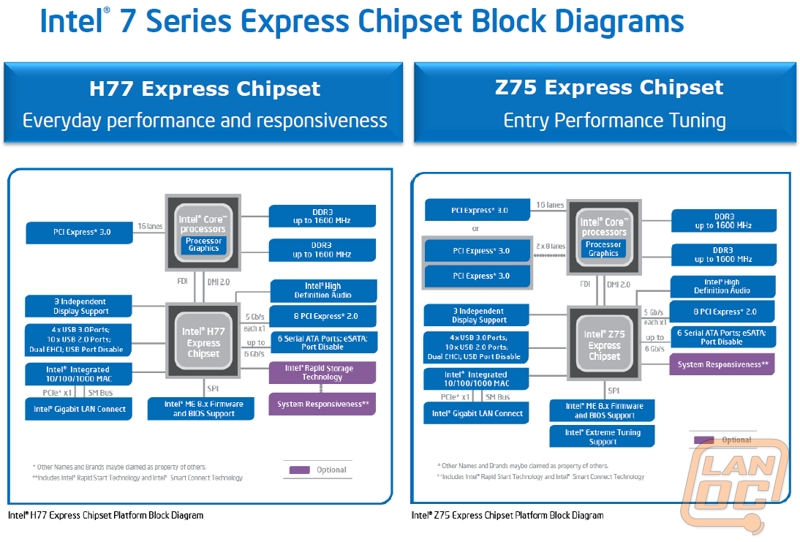 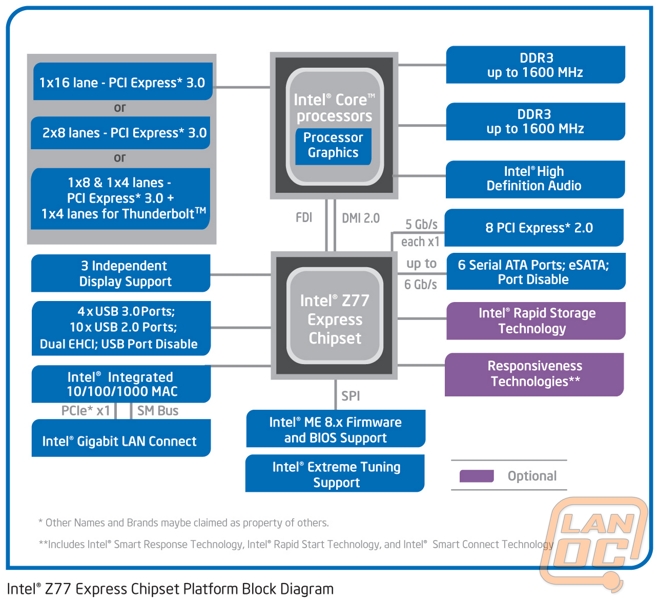 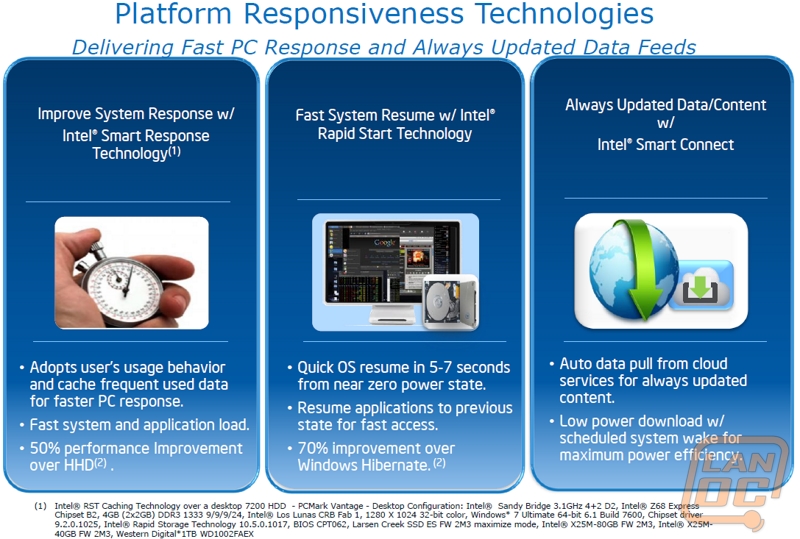 We have 1548 guests and one member online