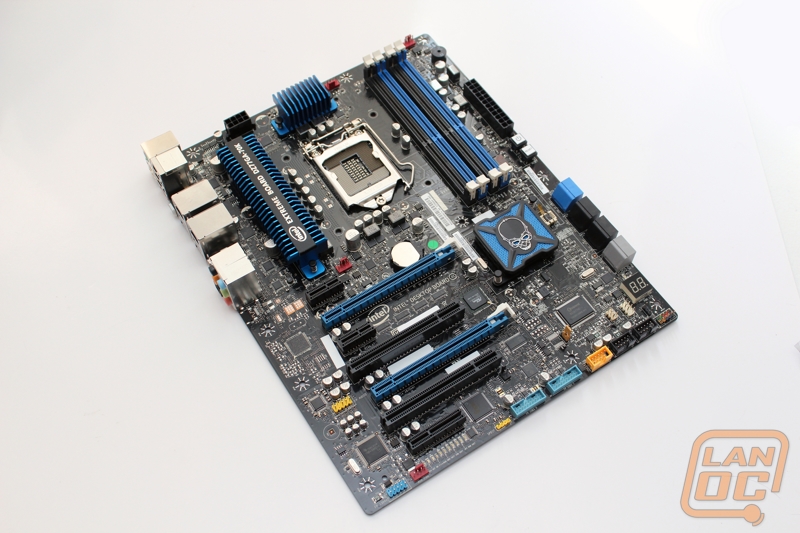 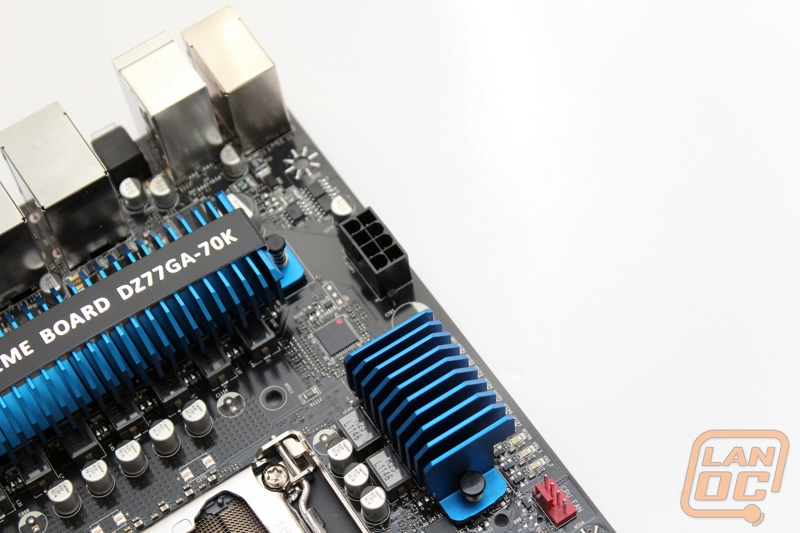 On the top right portion of the board you can see the four blue and black DDR3 dimm slots as well as two four pin fan headers along the top. These are two of a total of four PWM fan headers on the board, with each standing out in a red color. You also have the standard 24 pin power connection in black with power and reset buttons just below. I love this placement for using these buttons in a case sometimes, long video cards and wire management are rarely in the way. 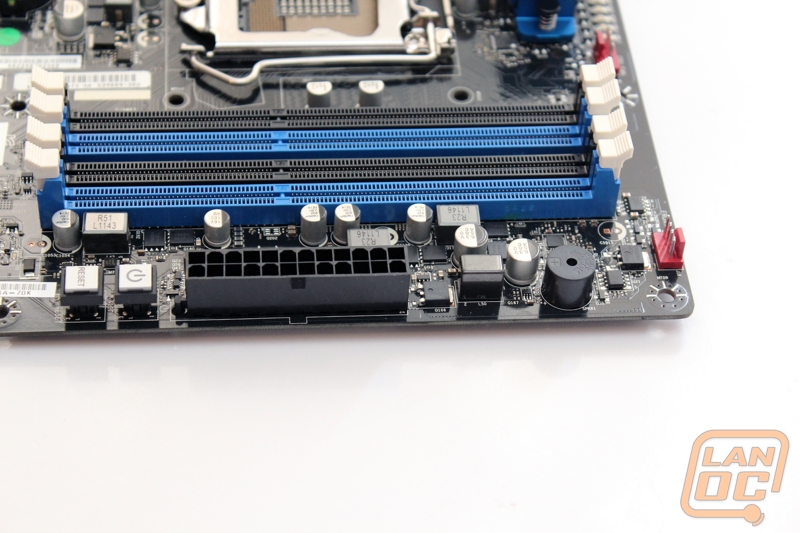 A little farther down the right side you have a whole collection of SATA ports, eight in total. There are three different colors breaking down both connection speed and controller used. Six of the eight ports are run on the built in control, two being SATA 3(blue) and the other four SATA 2(black) with two additional ports running on a Marvell 88SE9172 chipset(grey). Also tucked just below the SATA connections is the boards onboard diagnostic LED. 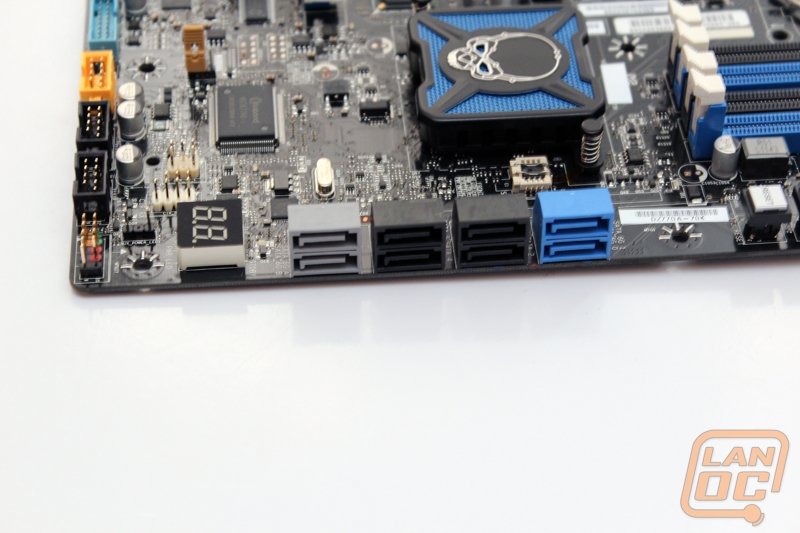 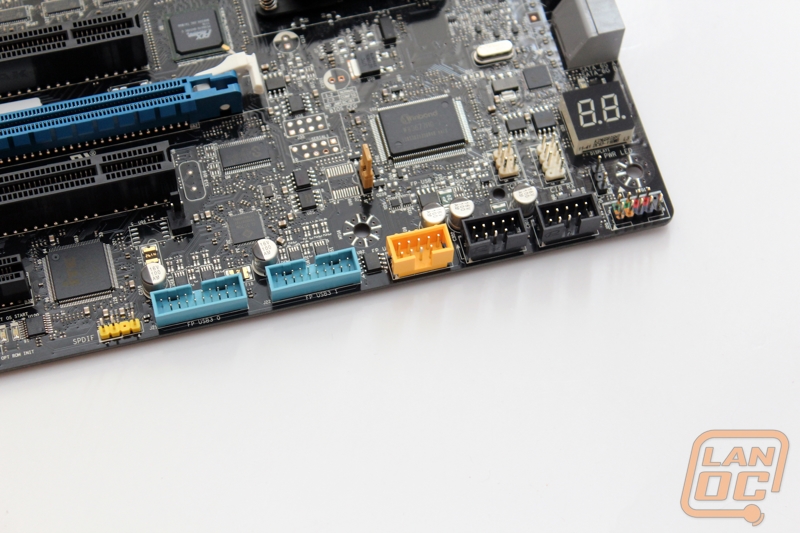 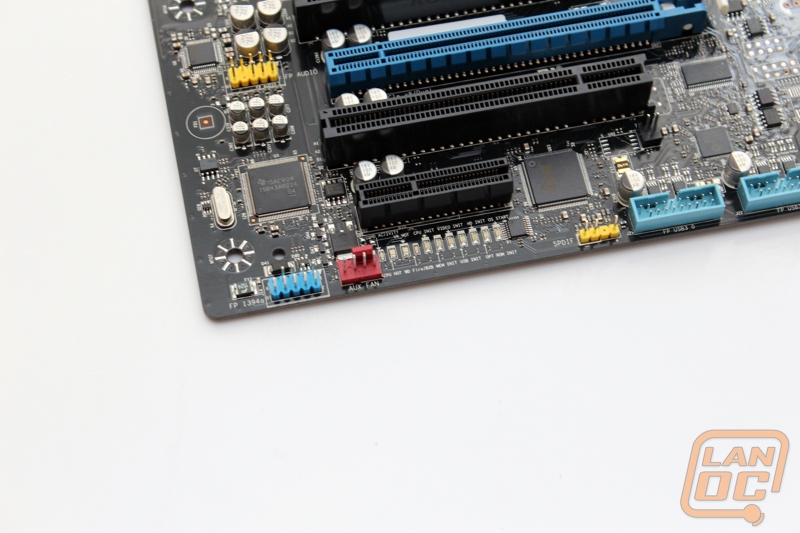 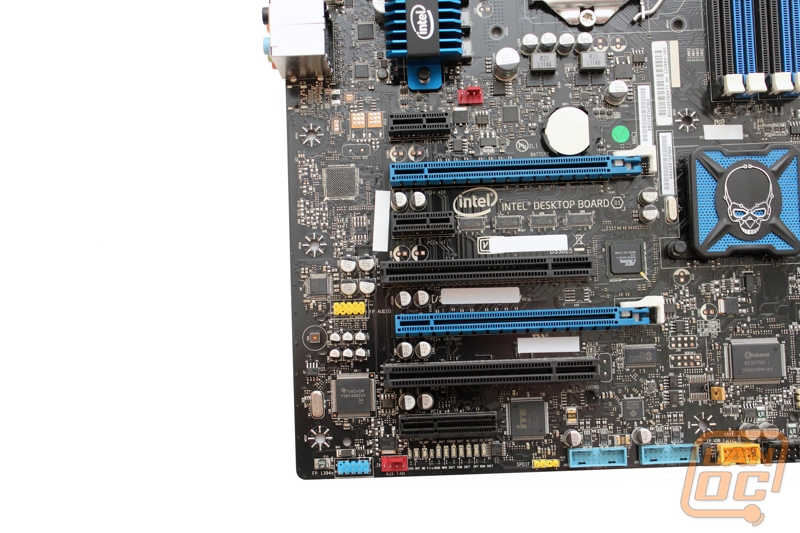 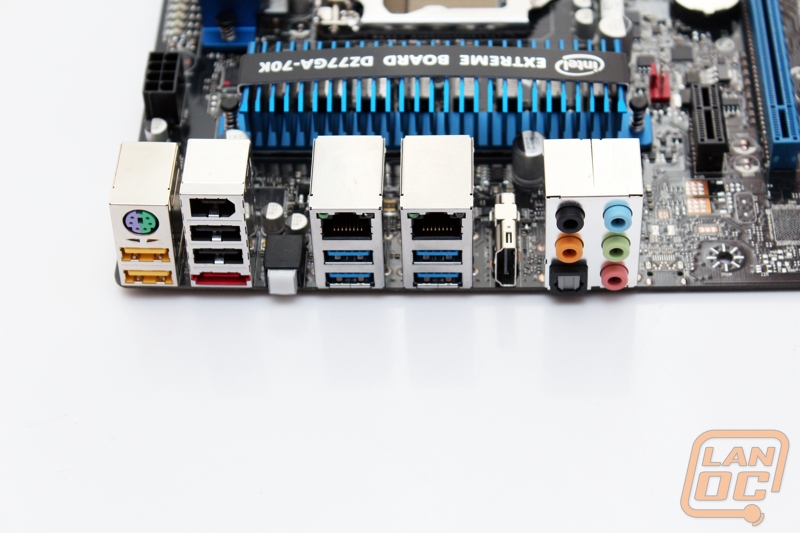 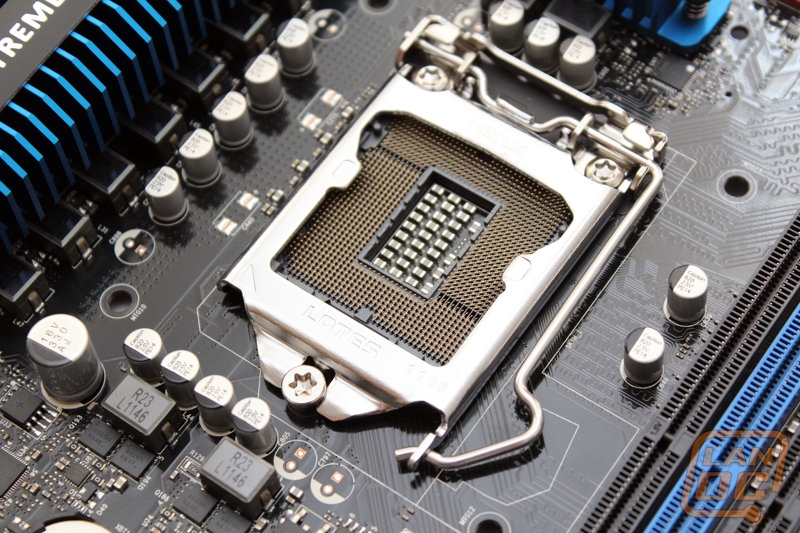 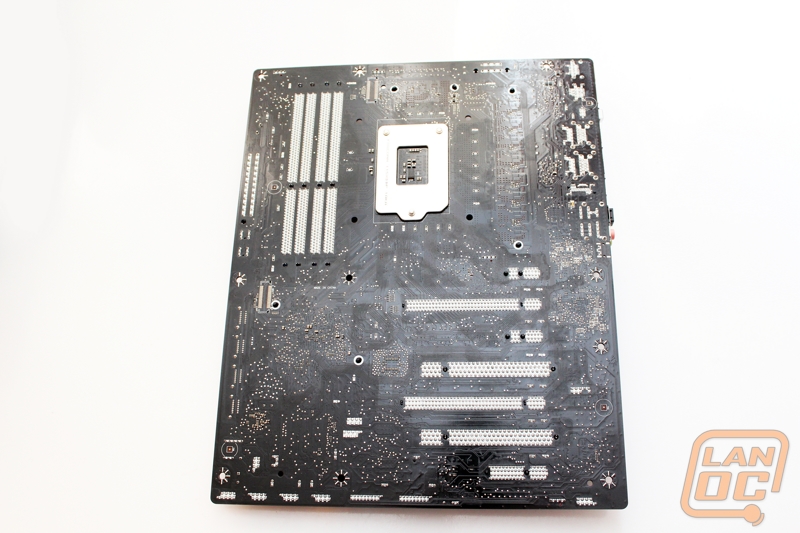