I could go back over all of the features that both the K90 and K60 share, but we covered all of them in depth in the previous section. Rather we will just cover the features that set the Vengeance K90 apart from the K60. For starters, the K90 is actually designed for use with MMO’s. Corsair went with a keyboard layout similar to the G15 with the additional keys they added onto the side of the K90. This makes the K90 a few inches wider than the K60. It does share the same mixed keyswitch design as the K60, the additional buttons added are all membrane as well. 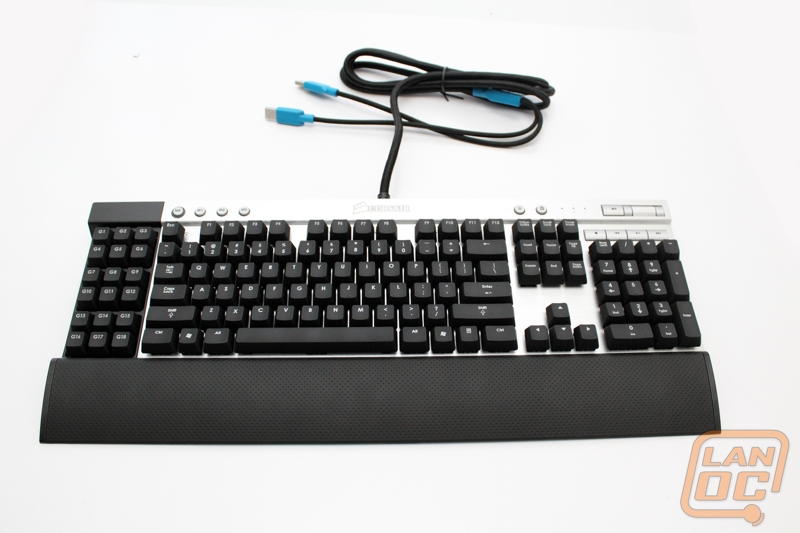 Rather than go with the single wrist rest like the K60, they went with a full length design on the K90. What I found very interesting about it was the way it is mounted. Unlike any other keyboard on the market including the K60, the K90’s wrist rest uses an all metal design including two metal thumbscrews that attach it to the keyboard. This is going to hold up to any abuse you can throw at it. Considering we have broken a few wrist rests just around the office here, this is a welcome addition and proof that Corsair is always looking to improve on what everyone else has done wrong. 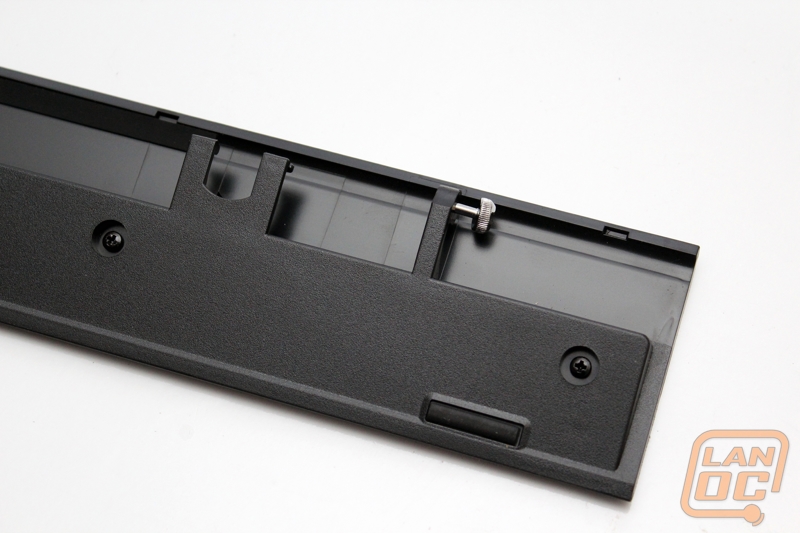 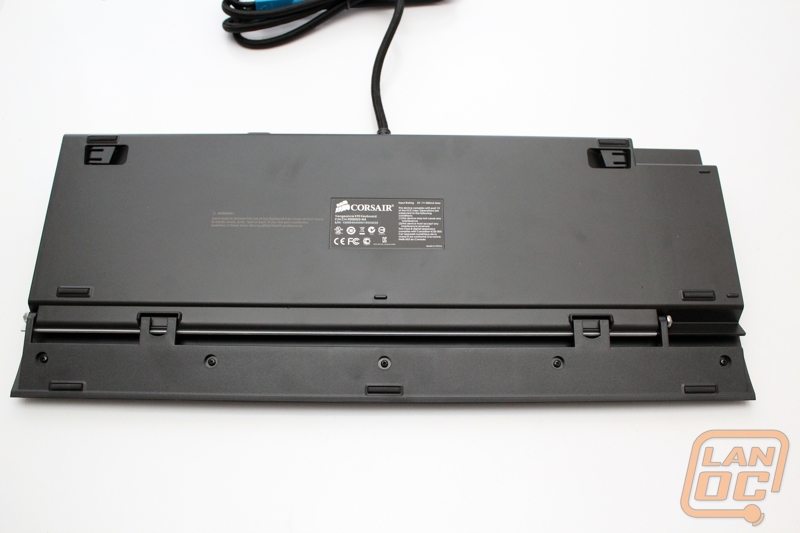 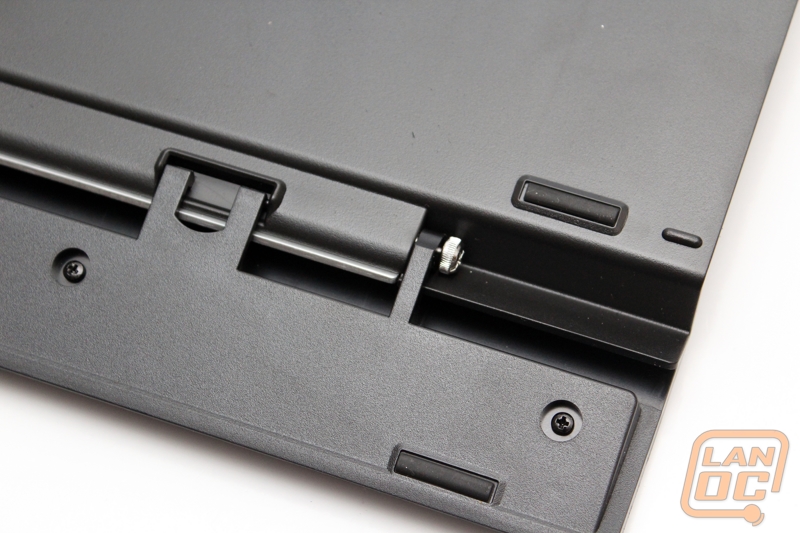 One of the best features of the K90 is its key backlighting. Unlike the K60, they included a full backlighting that actually glows under the keys as well. Corsair went with a shade of blue that most people will enjoy. Because of this there is an additional brightness button on the keyboard to help you adjust the backlighting to what works for you. The additional buttons are backlit as well, but in a lighter way as well as without the backlighting. In fact all of the membrane style buttons have a very light backlight. I also found that some of the buttons like the number buttons that have multiple functions will have uneven lighting, favoring characters on the top half of the keys. 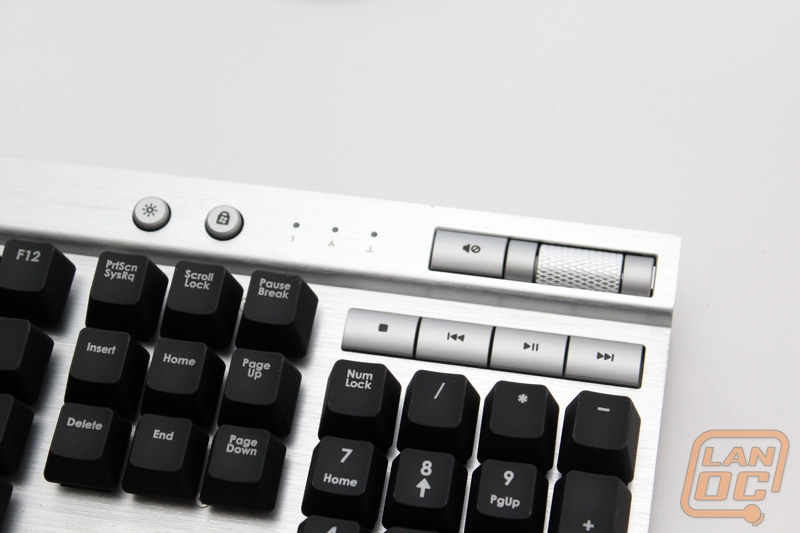 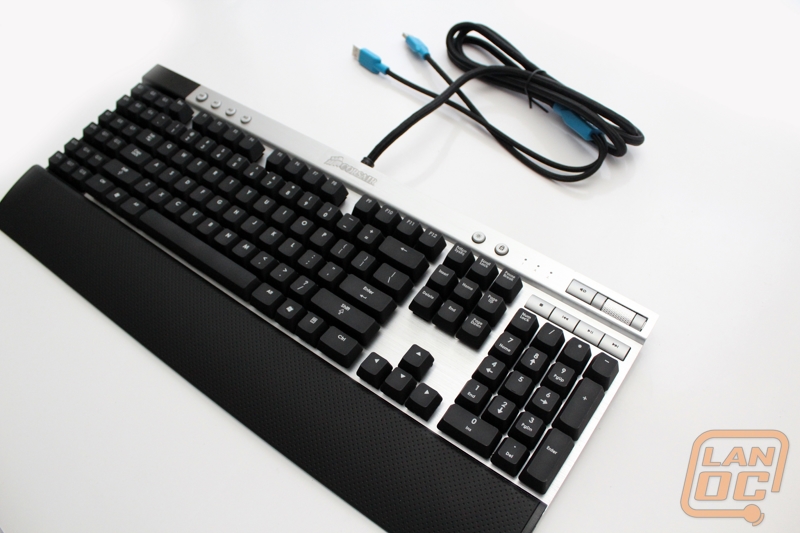 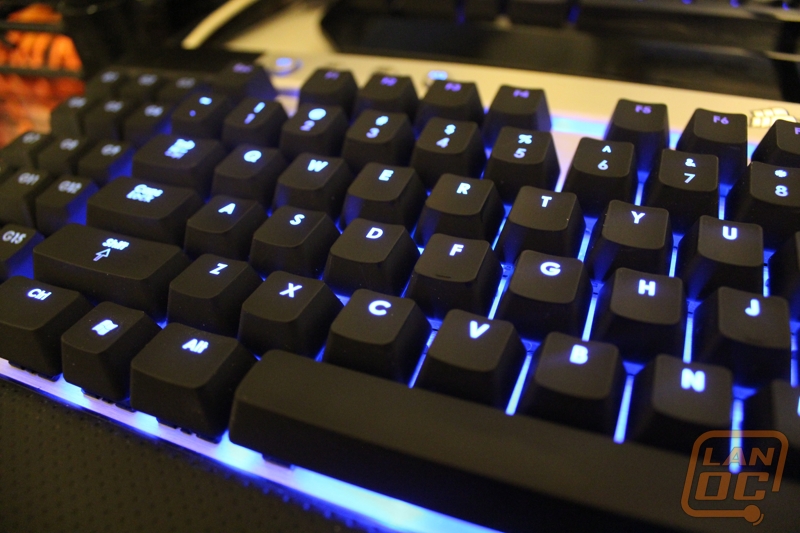 I mentioned the additional buttons that Corsair added to the K90. You get a total of 18 buttons in three packs of six, just like what Logitech has used on the G15 and G510. What is unique is that these buttons are mounted lower to prevent you from hitting one accidently while gaming or during every day use. You also have M1, M2, M3, and MR buttons above the macro keys that allow you to switch between three sets of key programing as well as make macro’s on the fly with the MR button. 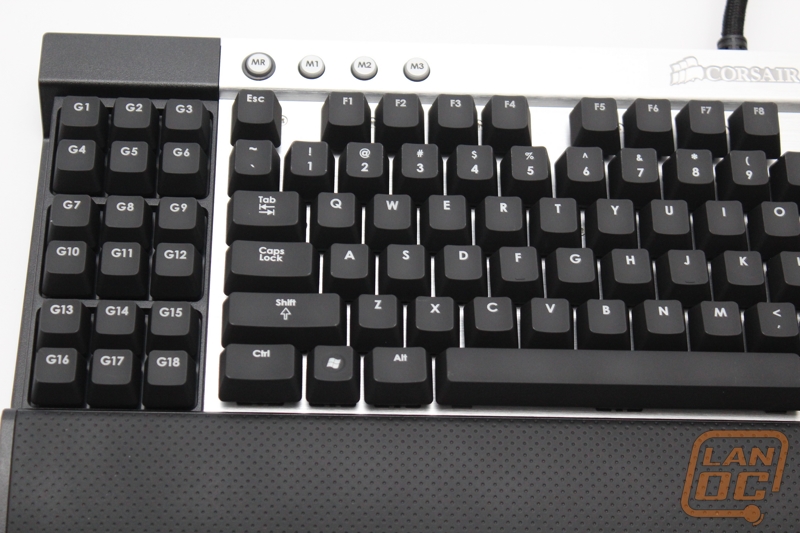 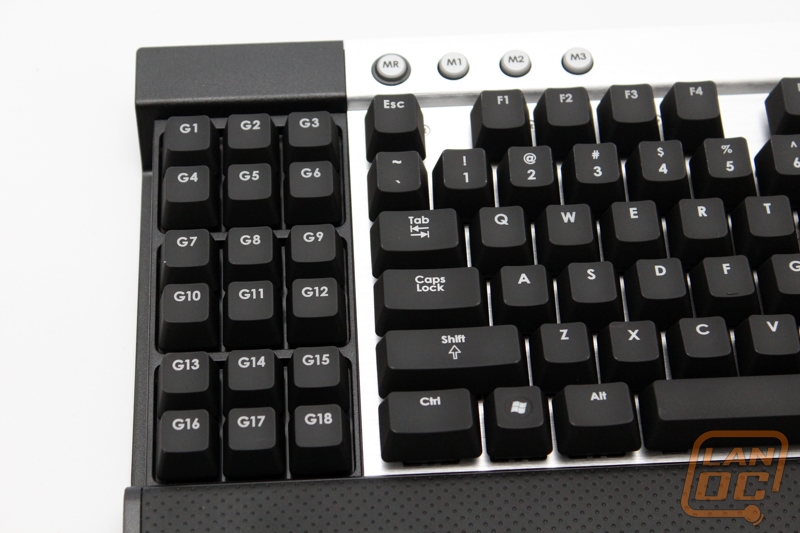 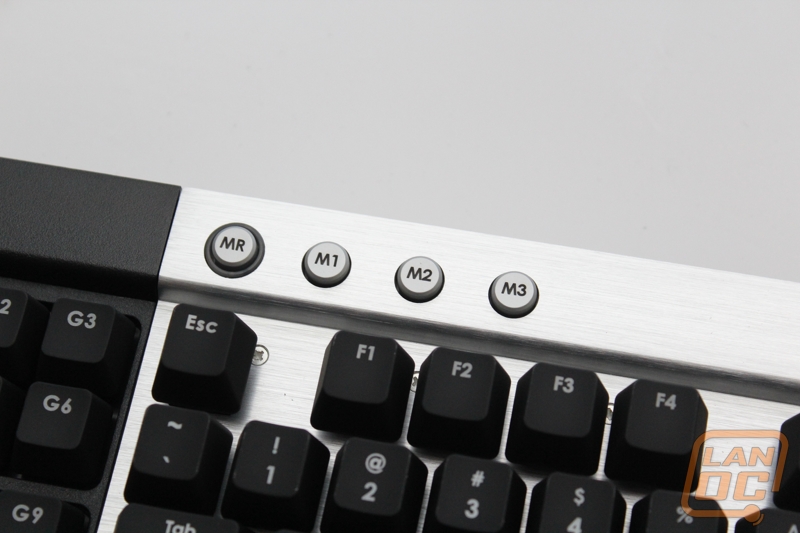 The other key difference between the K60 and the K90 is the K90 actually uses software as well. The K60 doesn’t have a need for it because it lacks any reprogrammable buttons. Not surprisingly the software was right to the point. Opening it up you will find the options for programing any of the 18 buttons pictured as well as the three M profiles. What is interesting is that the software actually has the MR button in it, just like the hardware itself. You have a full drop down menu of different functions you can set each key to as well as letting you program any macro you would like to each key as well. You also have the ability to fine tune with the option to set how the G key will respond repeating or a single time. You can also adjust the macro delay time as needed to get the desired effect. 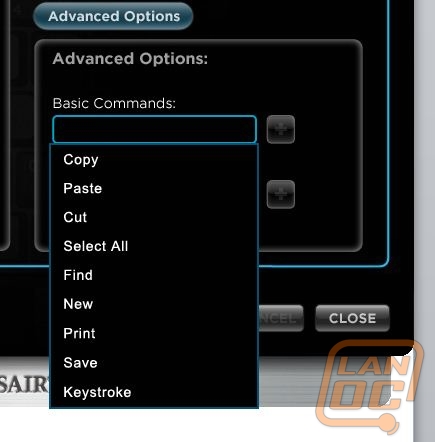 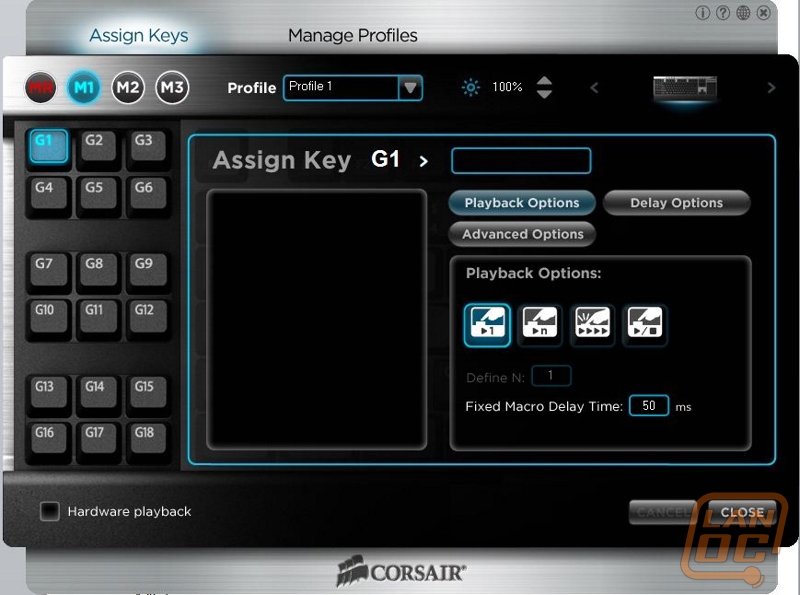