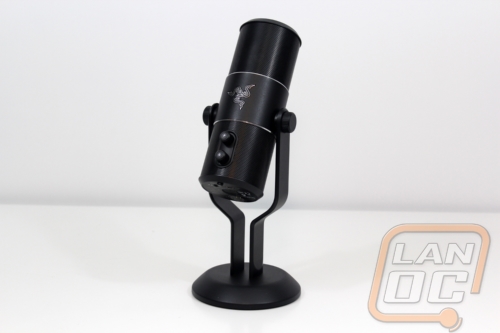 I’m not sure if you guys have noticed, but the streaming market has been growing almost daily. Amazon invested over a billion dollars in buying Twitch last fall and even Google is expanding and doing their own game streaming service. It’s popular with people watching obviously, but that expansion has also meant a lot of people have been streaming, including a lot of the members of our community. We have even been streaming our LAN events as well. Razer recognized this and introduced their own USB desktop microphone the Seiren and more recently they followed that up with the Seiren Pro. Both get a high quality microphone into streamers, artists, and gamers hands. The Pro model does have a few improvements like the built in XLR port for anyone who later wants to move from USB to a proper mixing setup. Well Razer isn’t the only company with microphones focused on streaming and podcasts, so today I’m going to take a look at the Seiren Pro and see what it’s all about.

We have 1508 guests and no members online