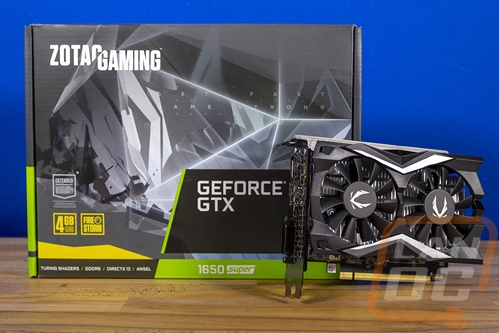 So how did the Zotac GTX 1650 SUPER Twin Fan perform? Well, let's start with 4k, with only three results coming in at a playable (but not smooth) frame rate I would say that the GTX 1650 SUPER isn’t the new ultra sleeper 4k card. 1440p is a lot better with only three results under 30 FPS, and 12 were playable but not smooth. Again not what I would recommend, but it is good to know if you end up upgrading to a 1440p monitor later that things won’t grind to a halt while you wait for a GPU upgrade to come in. Then at 1080p the results were impressively even. Exactly half of the results were over 60 FPS and nice and smooth and half were under but still playable. Making this a solid 1080p card for your everyday gamer, not someone looking for high refresh rates. You will most likely want to run today's more demanding games at their medium settings, not at ultra but things will run smooth as long as you do that!

Don’t worry I look at the full results as well, there is just so much information that some people prefer the simple breakdown above. For the in game results, I have everything sorted by 1080p results because the GTX 1650 SUPER isn’t really a 4k or 1440p card and 1080p is the focus. What I was looking for when going through these results was how big of an improvement does the card see over the original GTX 1650 SUPER and how does it compare with the two AMD cards (RX580 and RX590) as well as the original GTX 1660. For the most part, the GTX 1650 SUPER lands right with the RX580 and below the GTX 1660 and RX590. Which is what I saw in the synthetic tests as well. The RX580 comes out ahead in 8, they tie in one, and the GTX 1650 SUPER is faster in 7 results. There are a few games like Borderlands 3 where it is ahead of the RX590 and even one where it comes in a touch ahead of the GTX 1660. Which in that specific test (Total War: Three Kingdoms at medium detail) the faster GDDR6 helped even with the GTX 1660 has a few more CUDA cores and a little higher clock speed.

I went through the 1080p results and the GTX 1650 SUPER averaged right at 66 FPS where the older GTX 1650 had an average of 50 FPS which shows just how big of an improvement the SUPER is. For those curious I did the RX580 and RX590 as well which the RX580 was just a hair under 68 FPS and the RX590 was at 71 FPS. While the RX580 and the GTX 1650 SUPER were almost even in the number of results that each was ahead of the other, when you average the FPS the RX580 does come out ahead due to it having bigger FPS leads in a few of the games that like AMD cards better than the GTX 1650 SUPER had in the games that like Nvidia better. 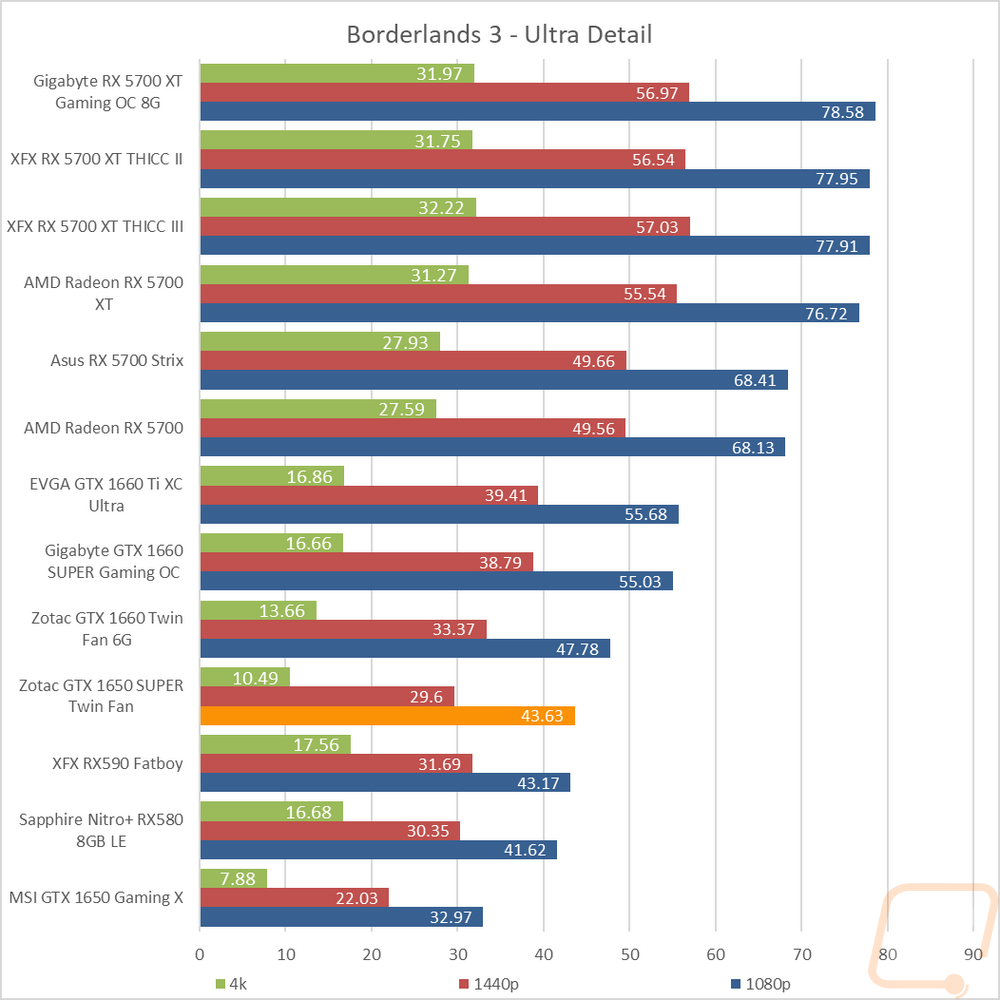 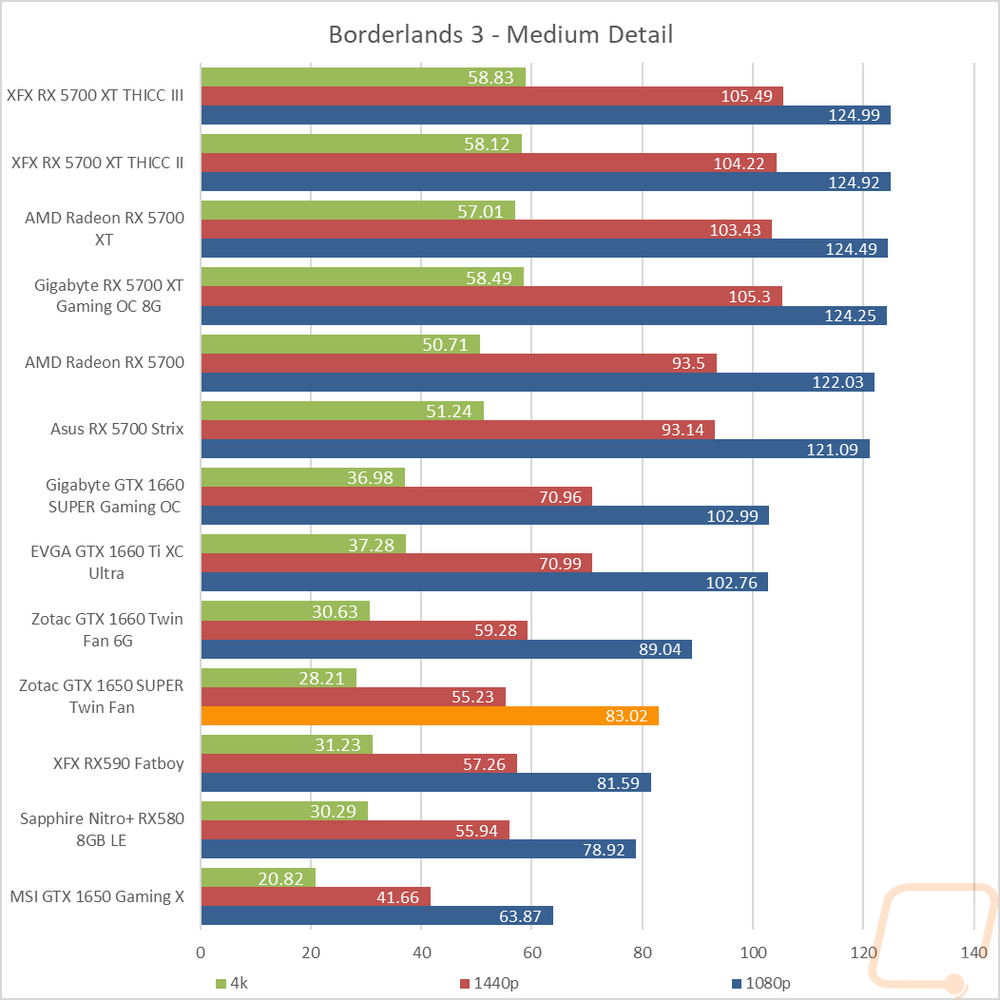 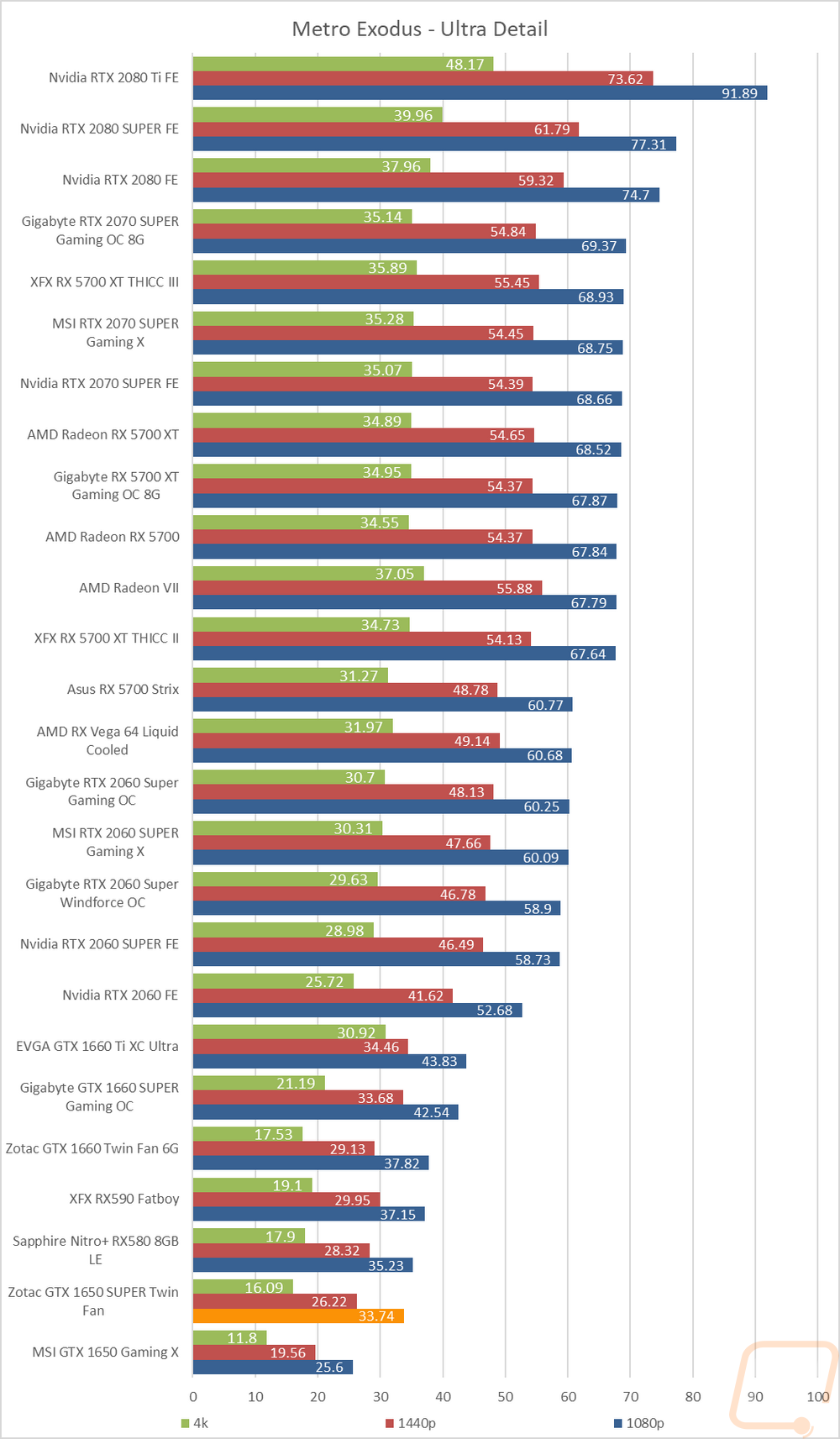 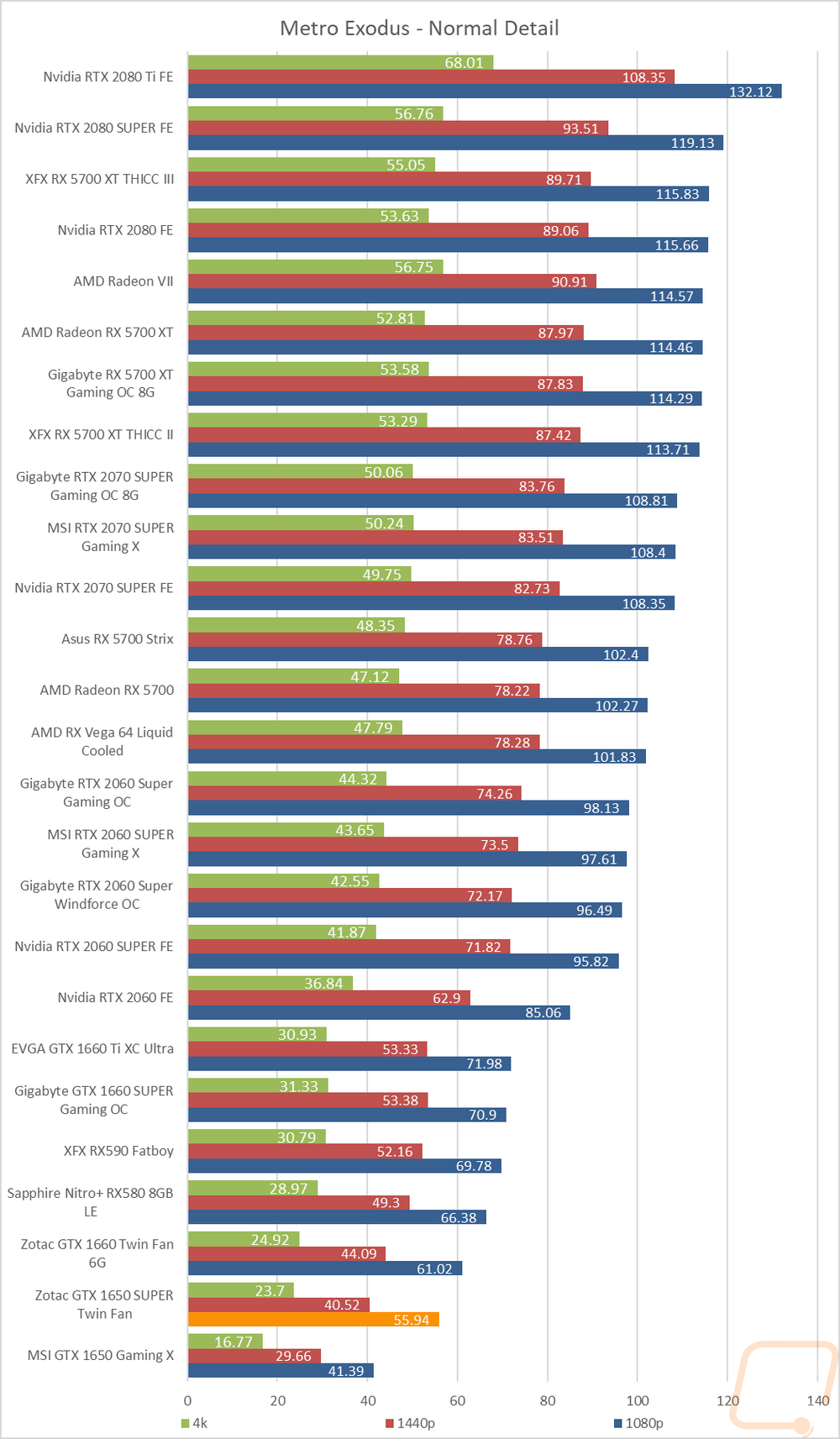 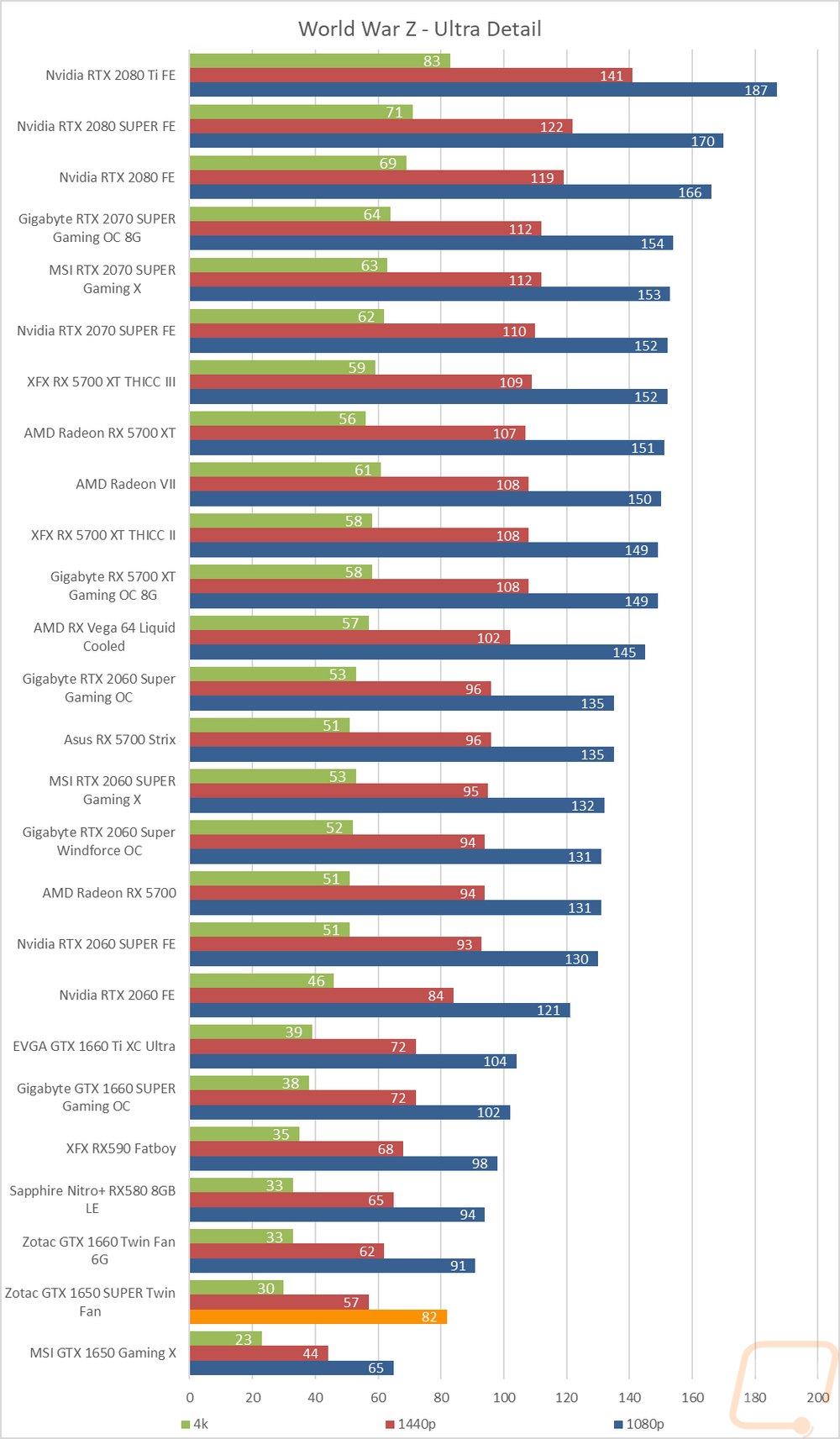 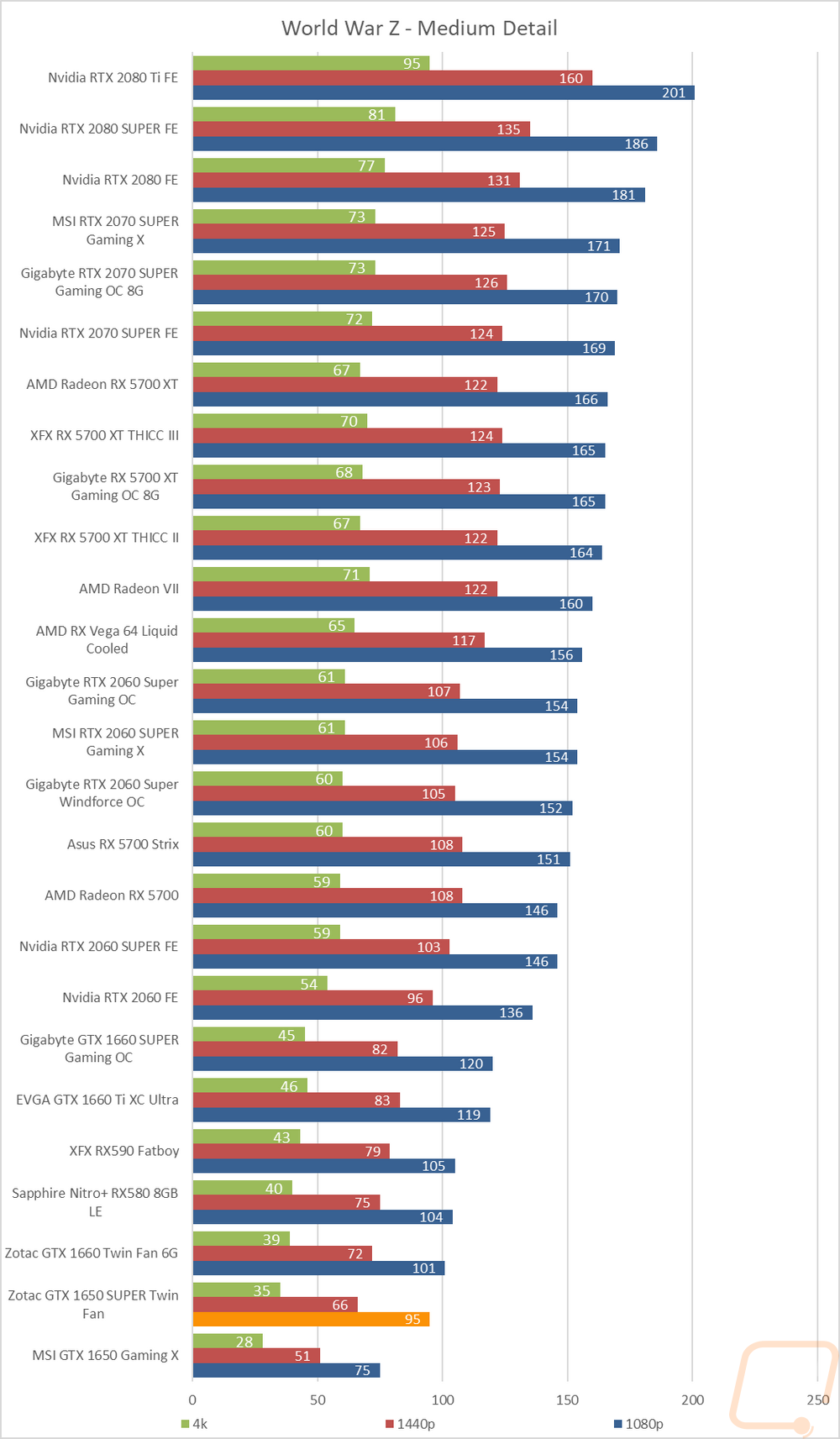 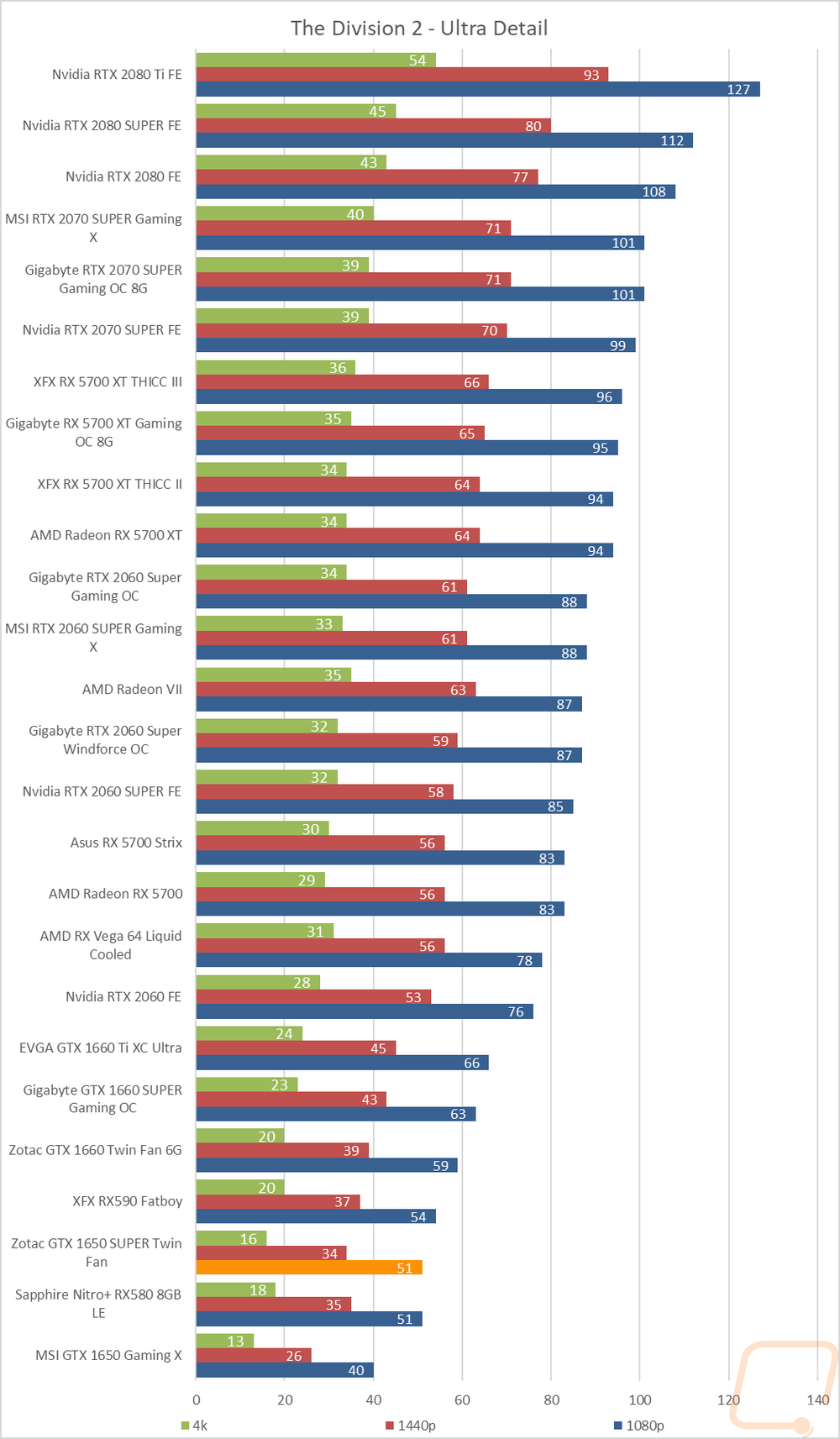 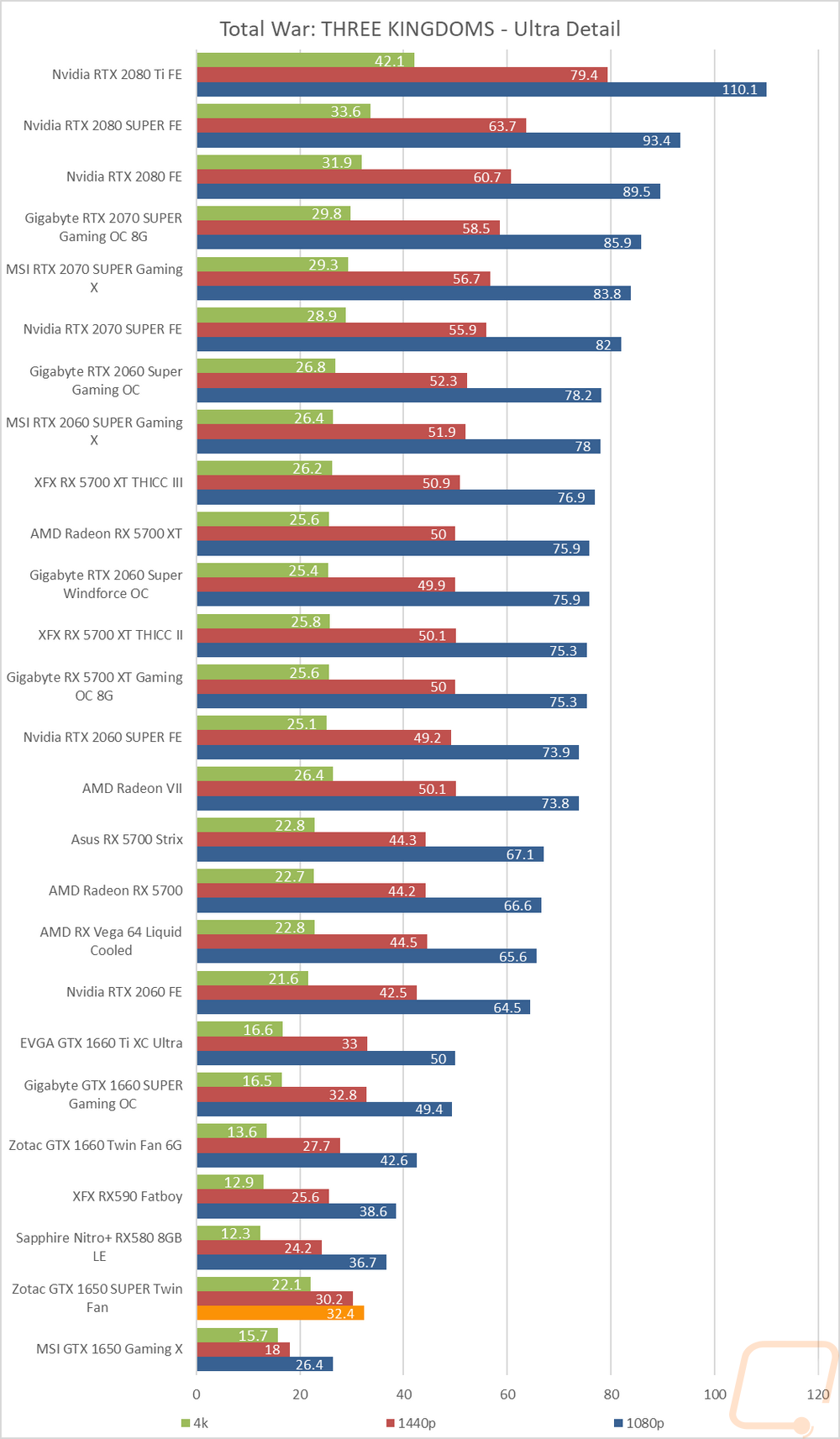 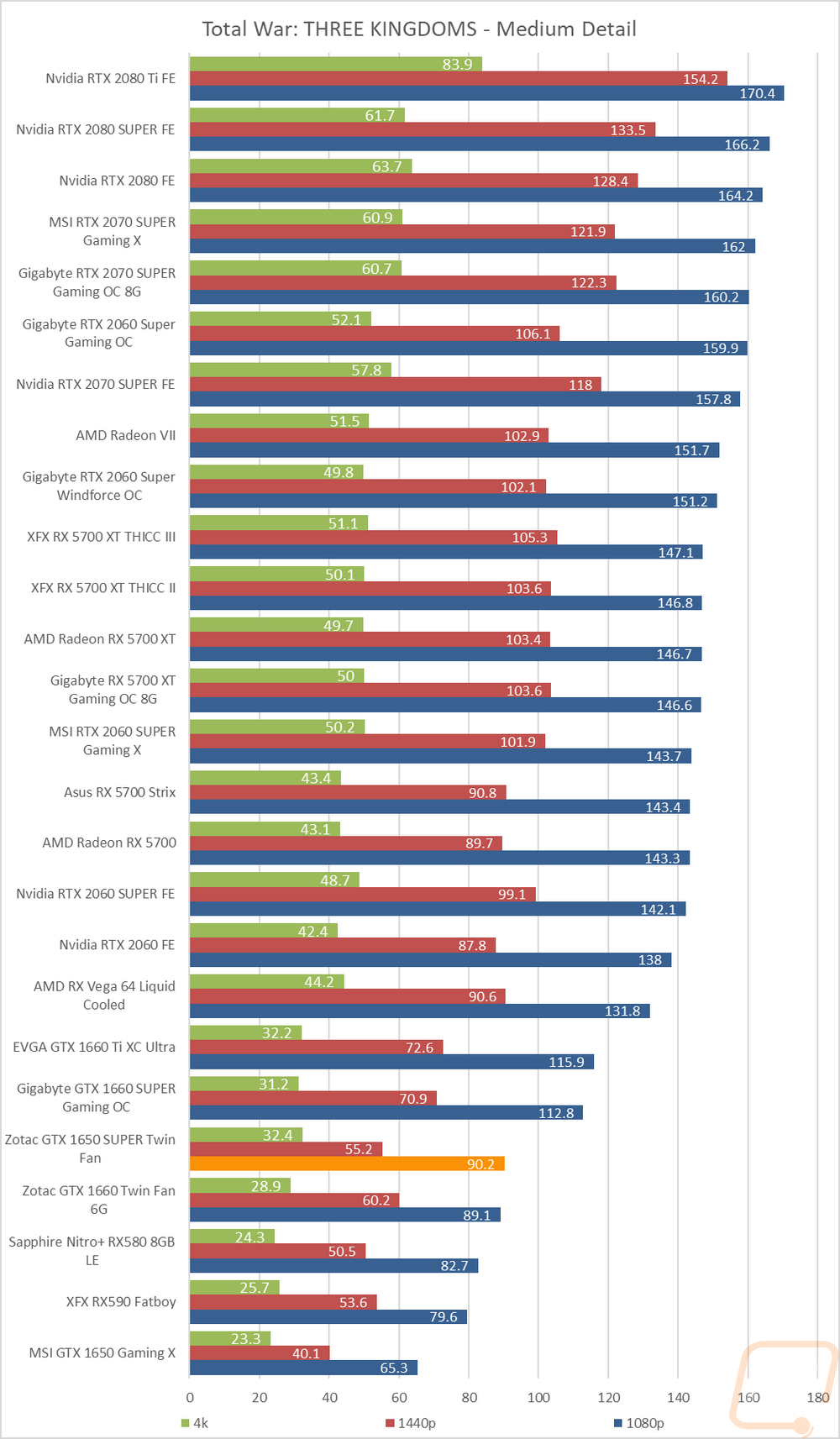 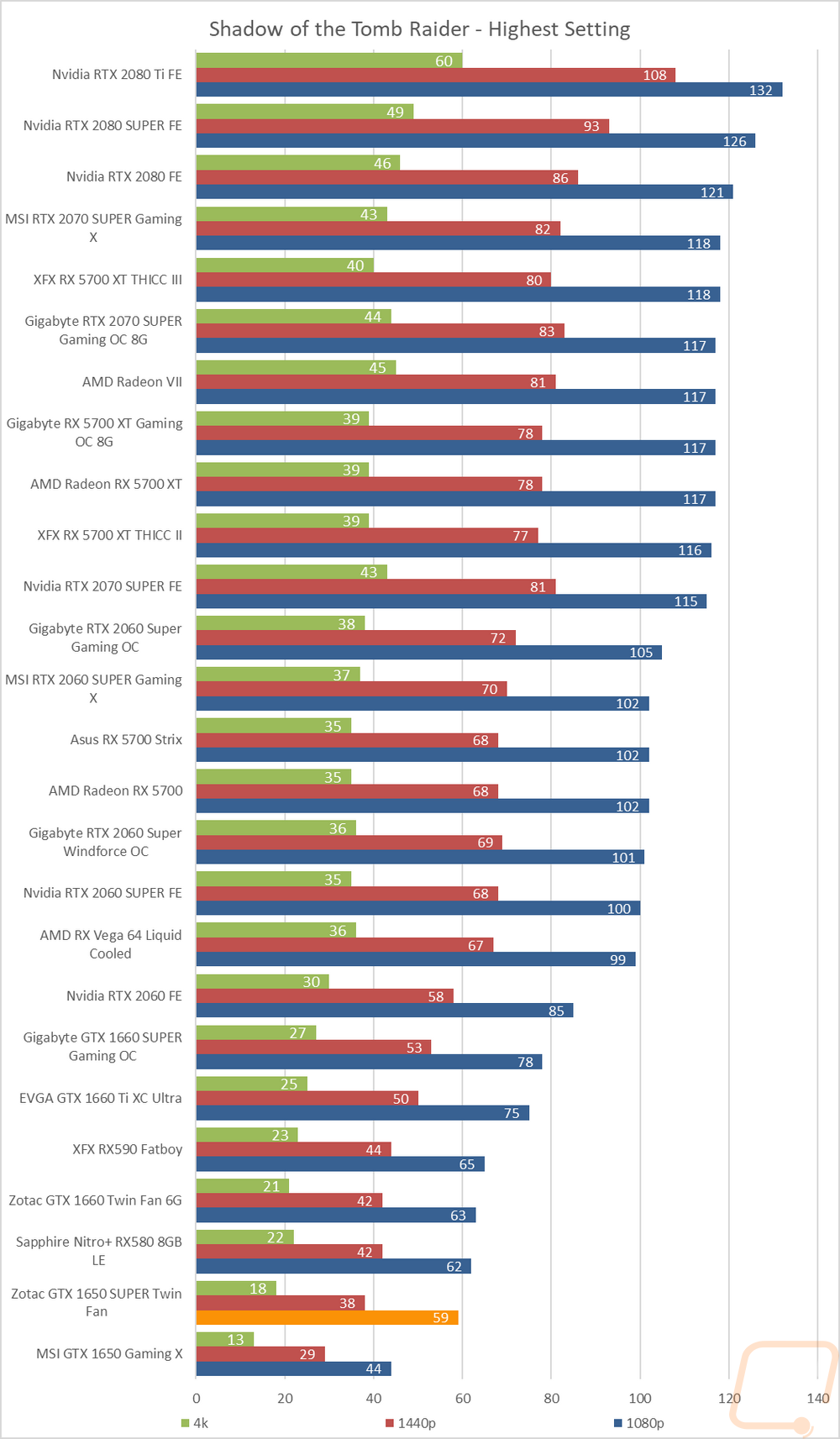 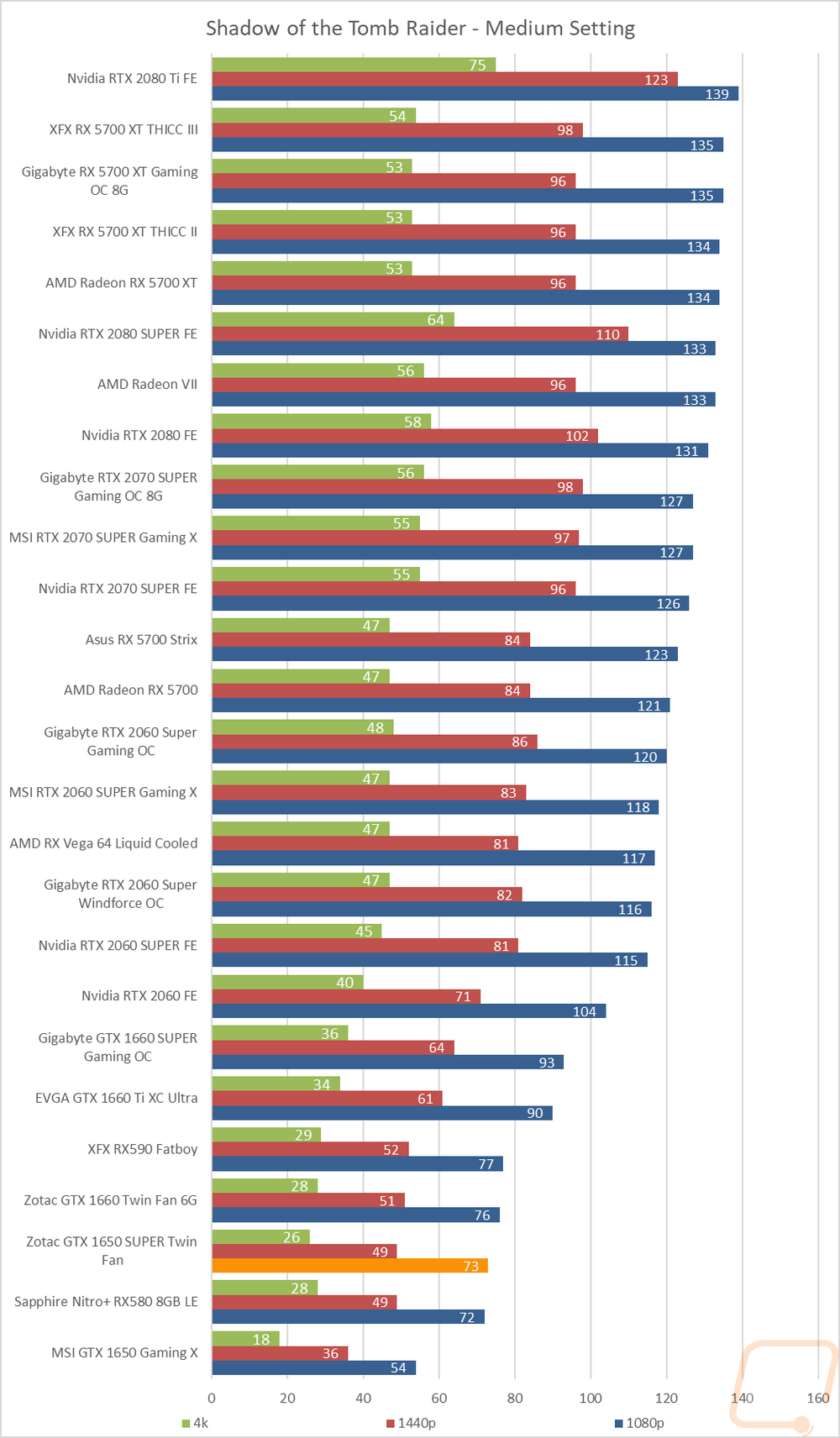 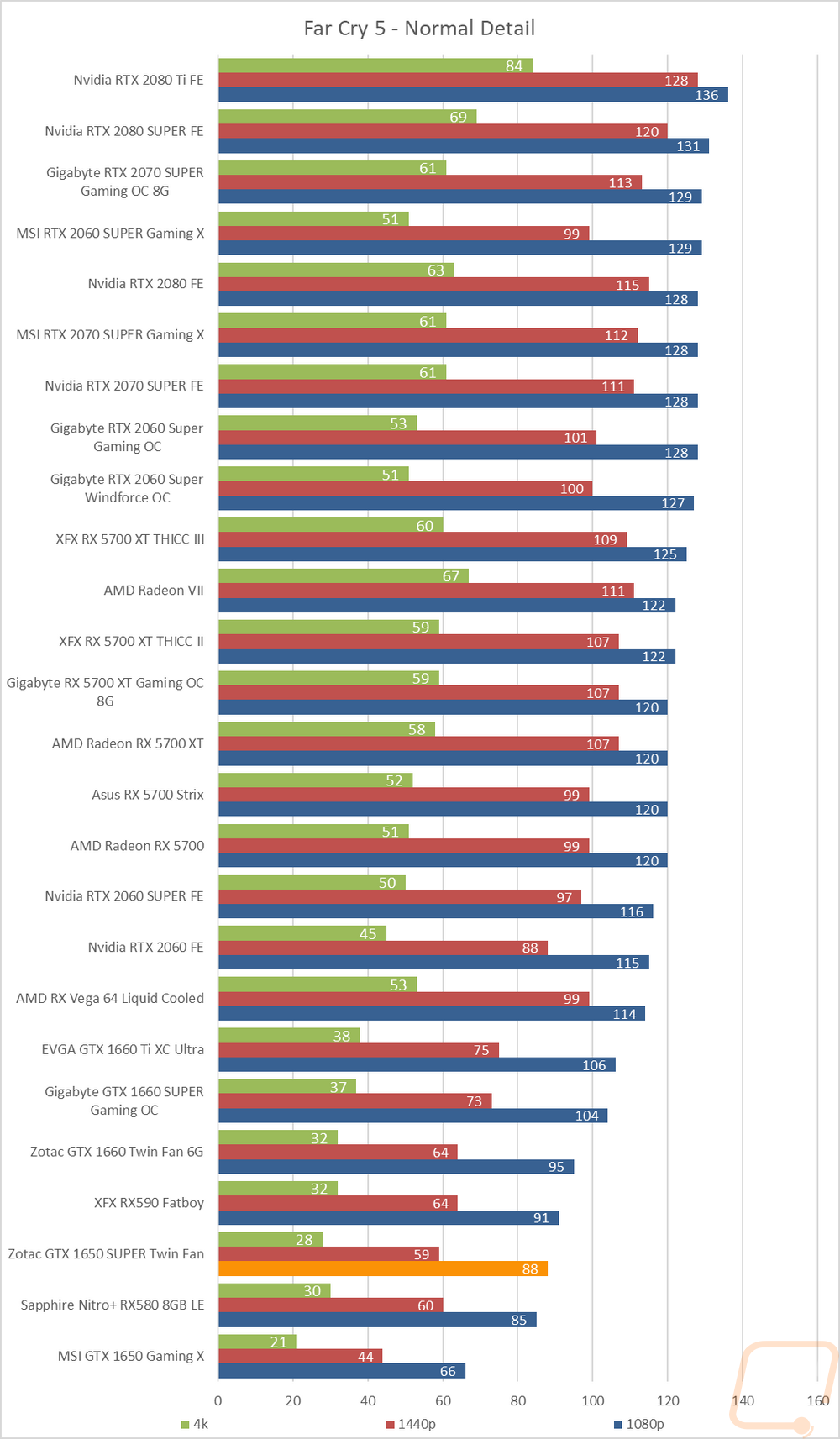 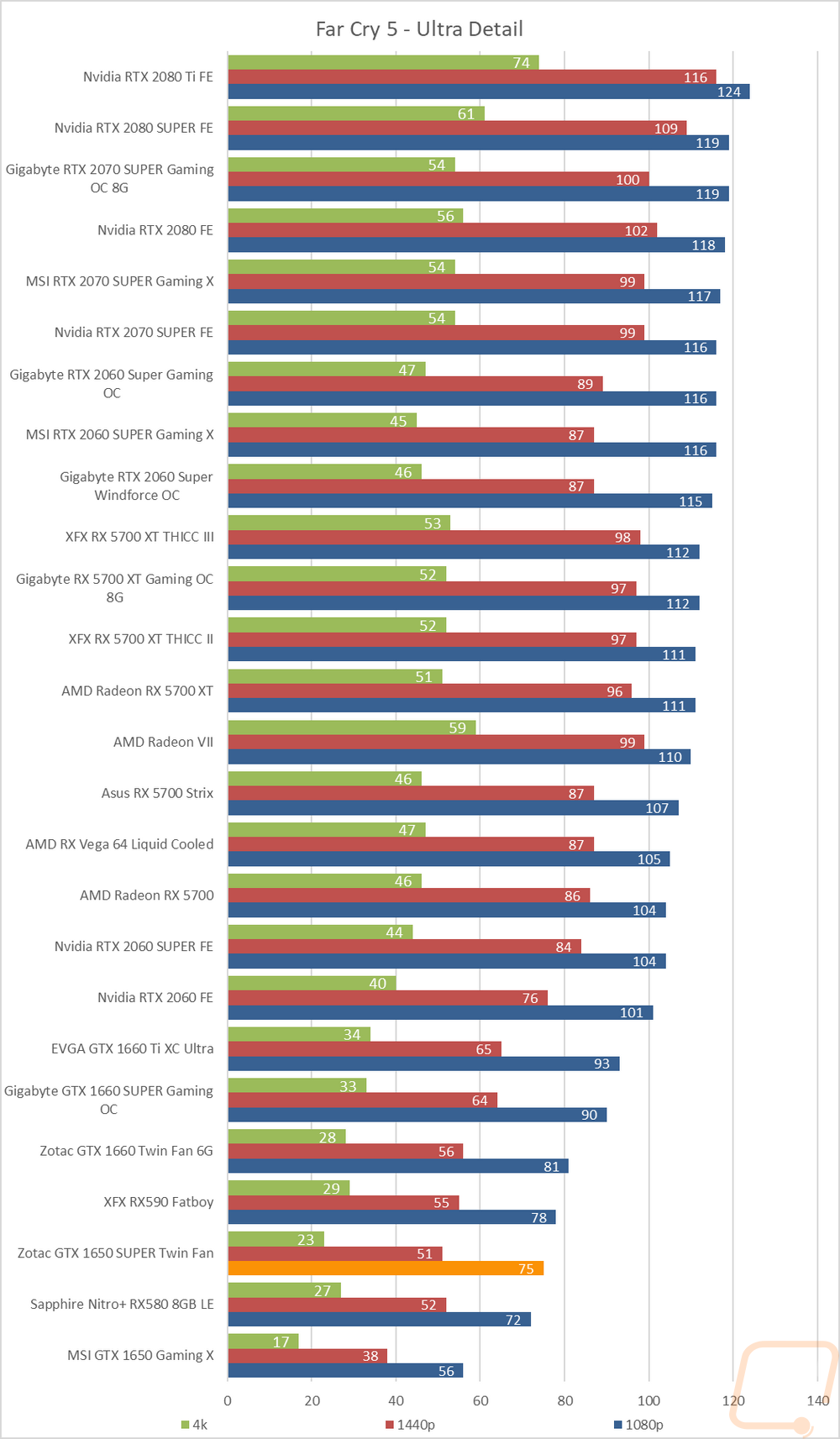 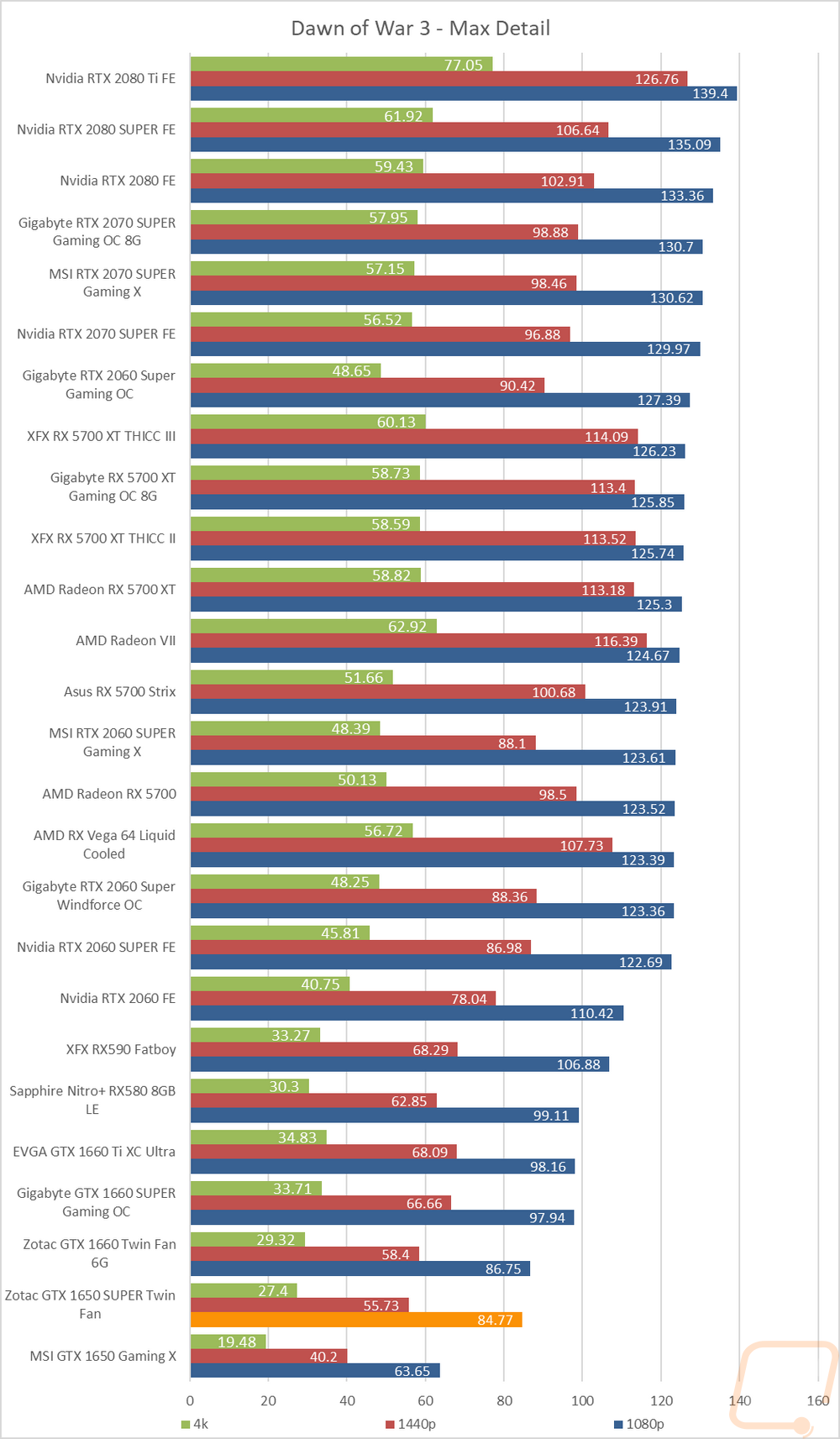 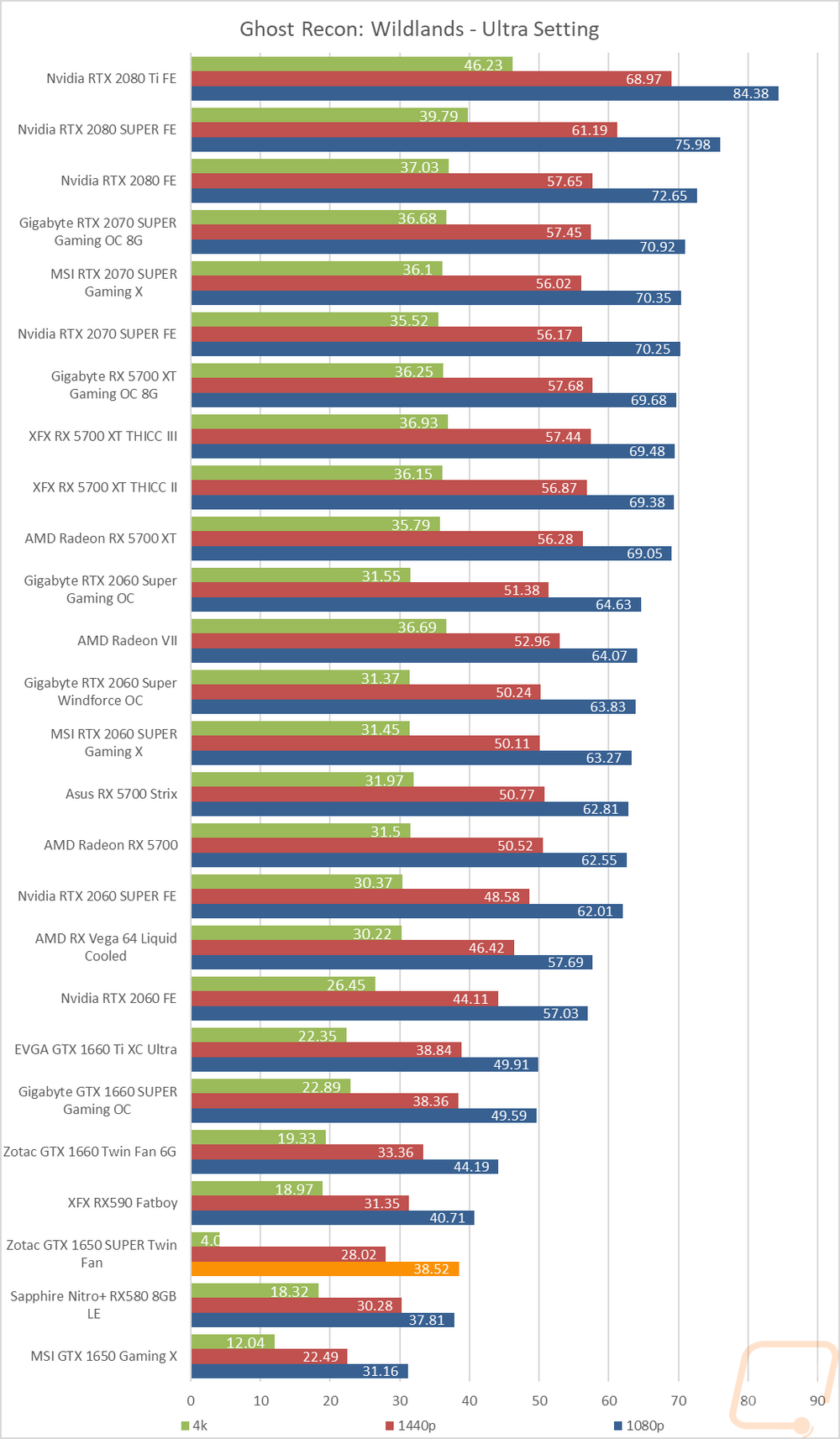 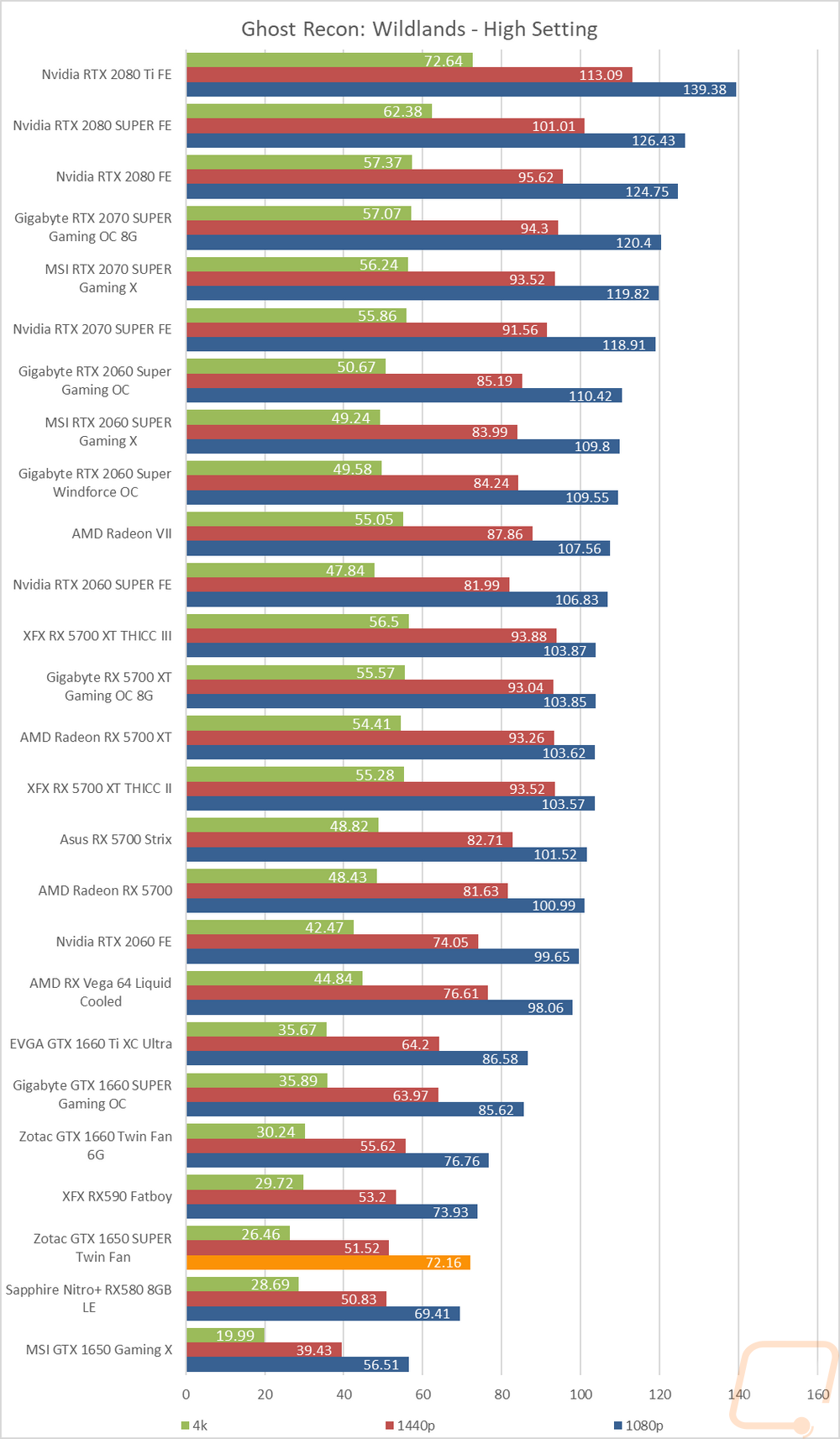 We have 613 guests and one member online