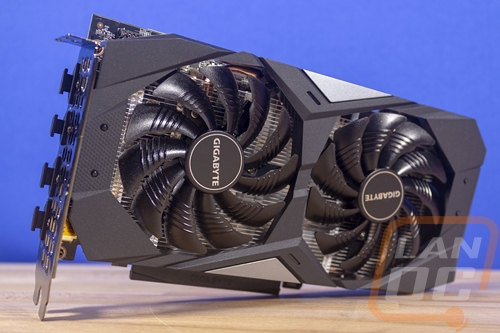 Some gamers may also want to use their cards to increase performance when rendering 3D or 2D files or editing and rendering videos so I also include a few tests focused on these tasks. The first one is a synthetic benchmark using the Passmark Performance Test 9, the GPU compute test. Here the Gigabyte did better than the other two GTX 1660 Ti funny enough. This was well above the GTX 1060 but the GTX 1070 and GTX 1070 Ti were up in with the RTX cards well above the three 1660 Ti’s. 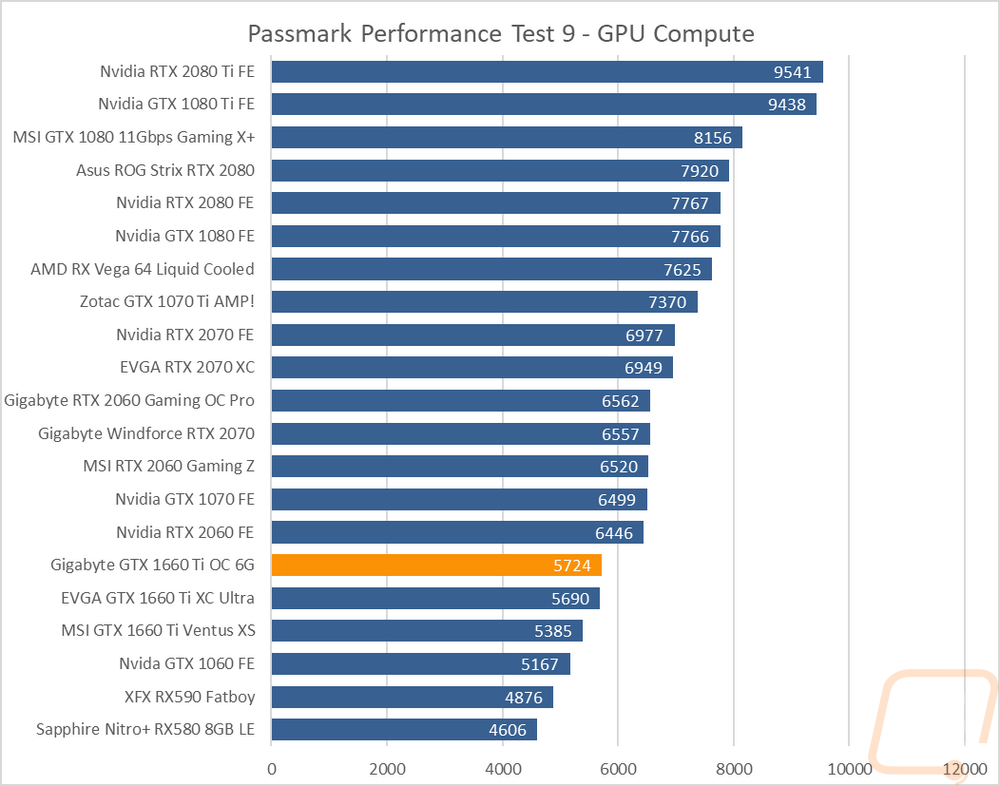 Blender is the most popular 3D rendering software and it is open source and freely available. For this one, I test using their benchmark tool but I have updated the tool with the mid-January version of Blender to add support for Turing and RTX based cards. Here the Gigabyte performed close to the EVGA and better than the MSI. The next fastest card was the GTX 1080 Ti which should give you a good idea of just how well the Turing based cards perform here, the GTX 1070 Ti was basically a full 100 seconds slower in the same workload. 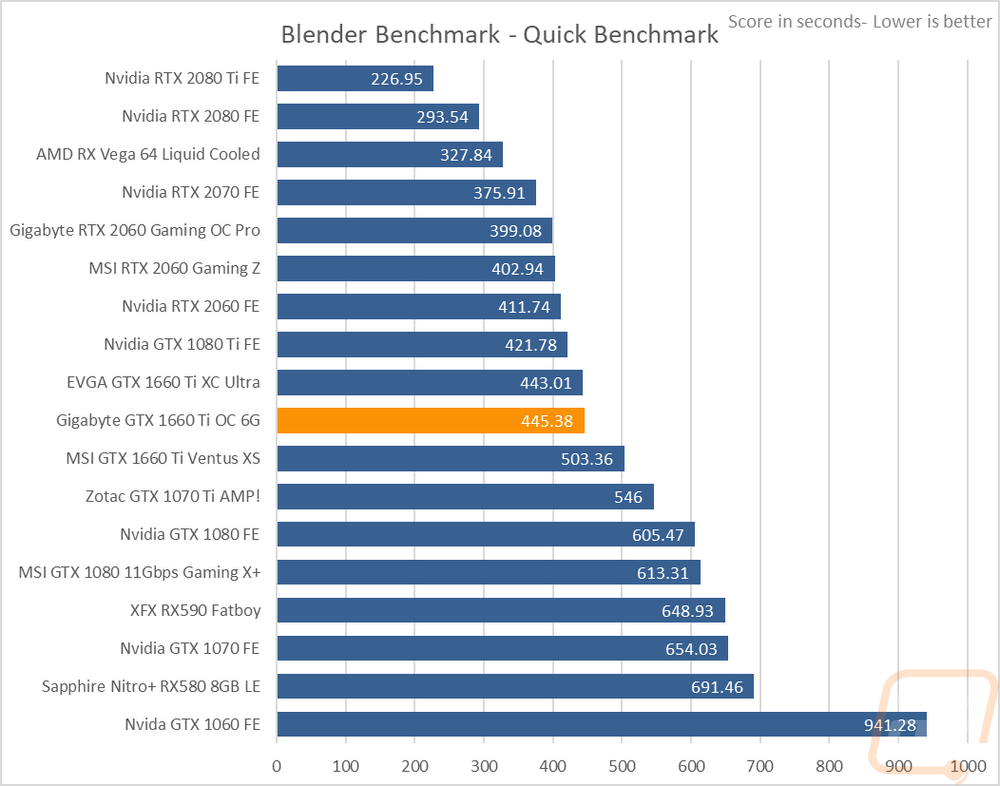 In Basemark GPU I took a look at DirectX 12 and Open GL performance. The EVGA card was still noticeably faster but we didn’t have the odd results of the MSI 1660 Ti. 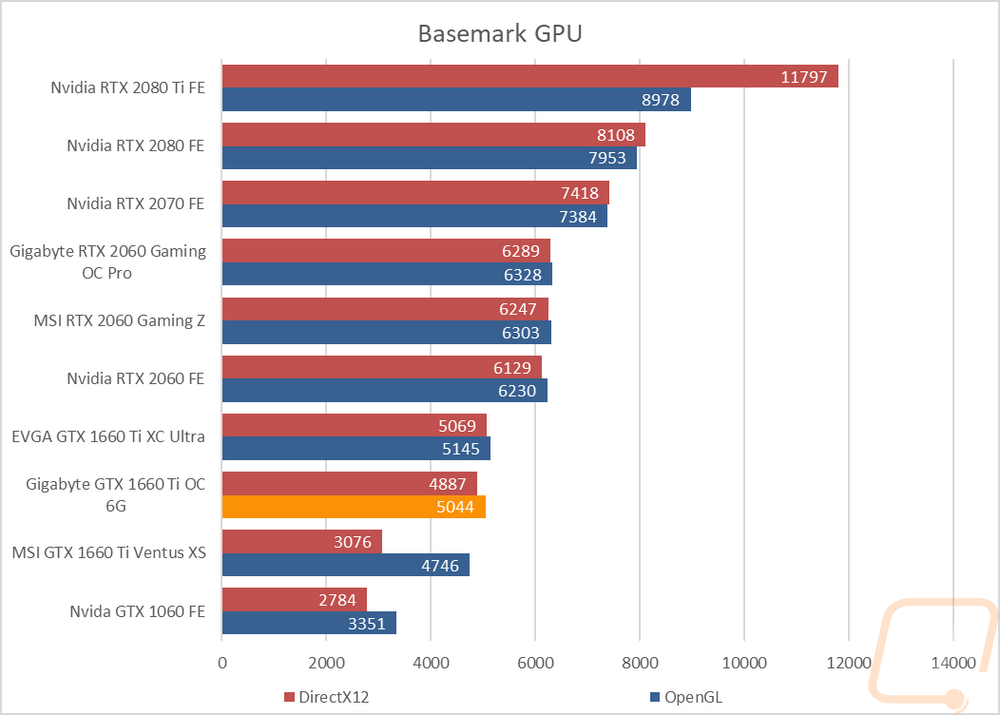 Lastly, I ran through Geekbench 4 using the GPU Compute setting in OpenCL. Here the Gigabyte performed in between the two other 1660 Ti’s with the 60 MHz faster EVGA card still ahead but the MSI behind it. 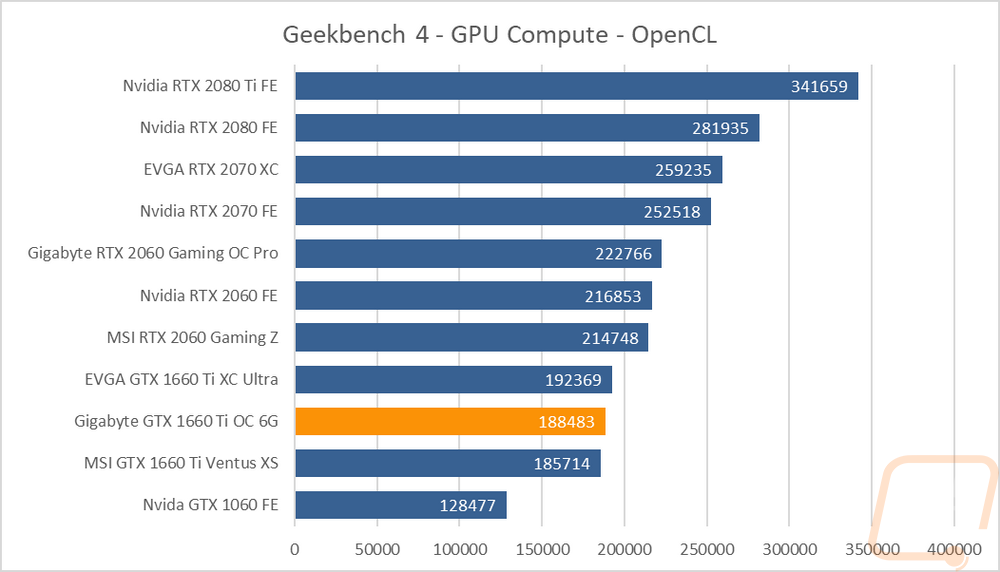