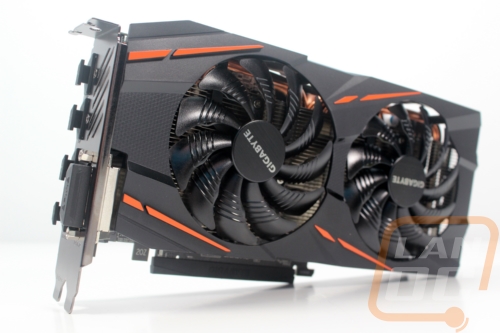 To start off my testing I ran the Gigabyte RX 480 G1 Gaming through our synthetic benchmark test suite. These benchmarks are typically very consistent and help us compare performance between cards with the same GPU. In this case, I’m especially curious how the G1 Gaming compares to the reference RX 480 and the Sapphire RX 480. My first test was Futuremark's 3DMark using their Fire Strike benchmark and the new DX12 focused Time Spy benchmark. With Fire Strike, I tested using the performance setting for 1080p testing, the extreme setting for 1440p testing, and ultra for 4k. The G1 Gaming performed well, outperforming the reference card and coming in almost dead even with the GTX 1060 reference card but the 1290 MHz clock speed wasn’t enough for the Sapphire cards 1342 MHz overclock. The Time spy result was nearly the same as well only with the RX 480’s being a little faster than the GTX 1060’s in this test. 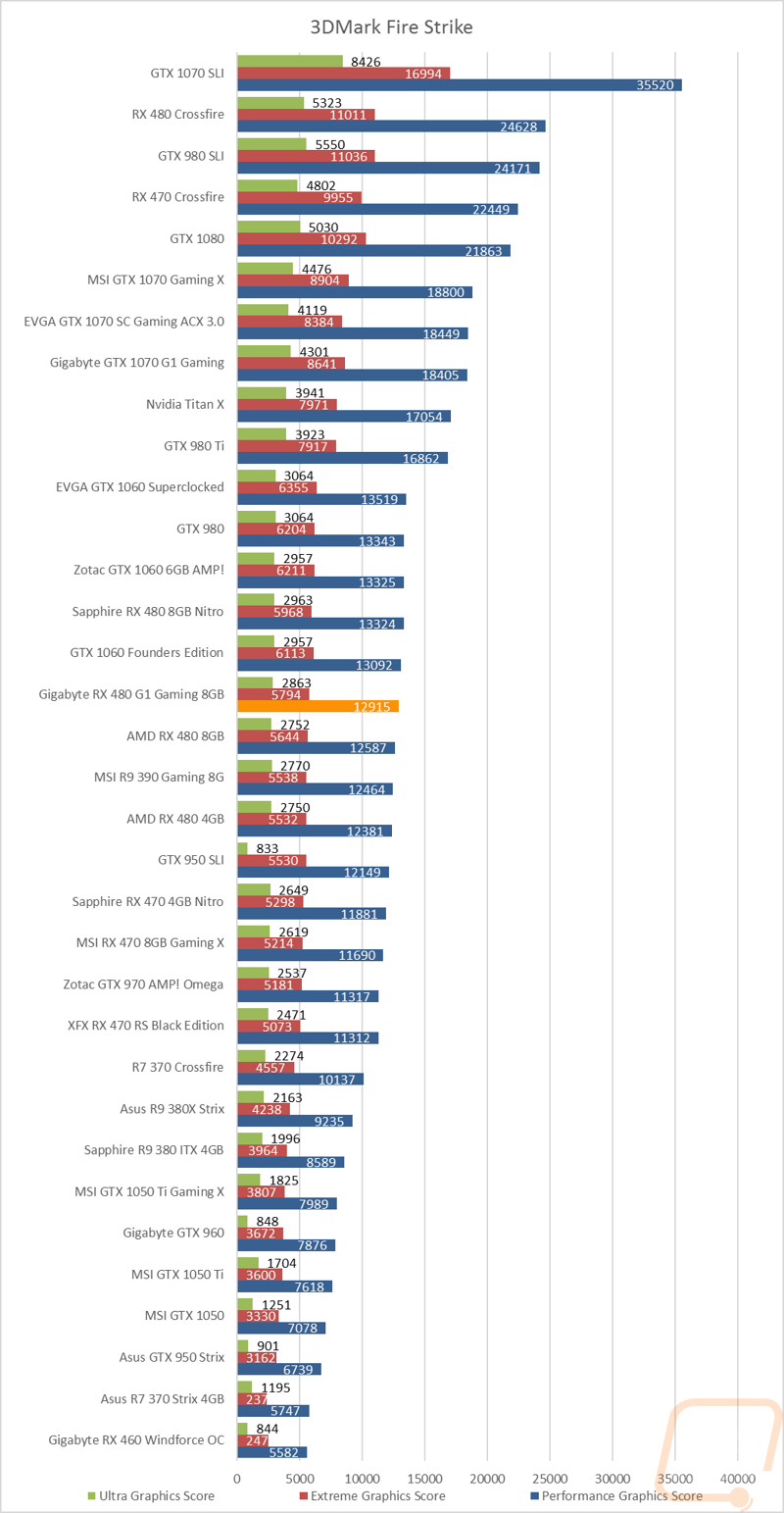 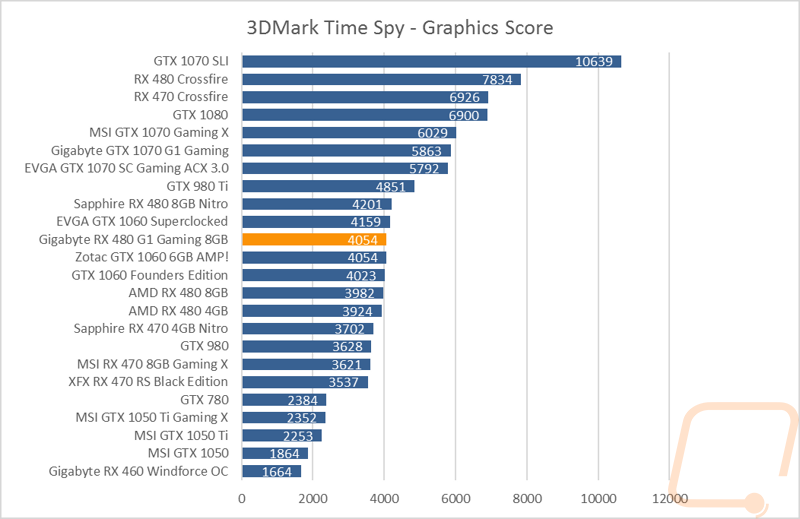 My next test was Unigine’s Valley Benchmark, this benchmark is as close as our synthetic tests get to being a real game as this test is based on a common game engine. Here the G1 Gaming edged out an extra 1.3 FPS over the reference card but the Sapphire still had a little more on it with its extra half an FPS. 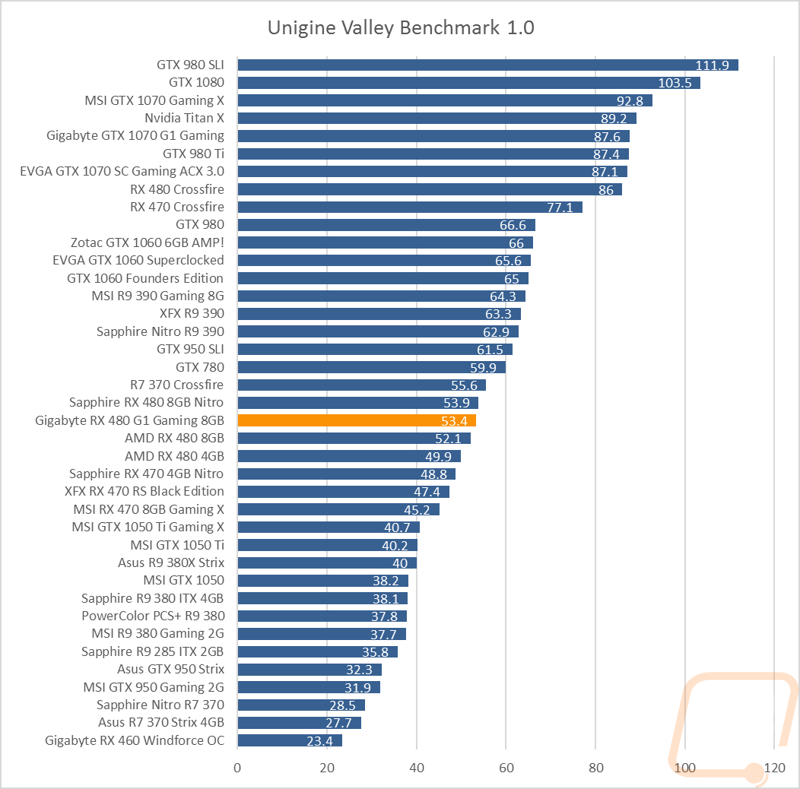 In Catzilla I once again test across the entire range of resolutions but the results are still the same. In all three tests the Sapphire 480 is faster but the G1 Gaming is still a nice performance jump over the reference RX 480’s. 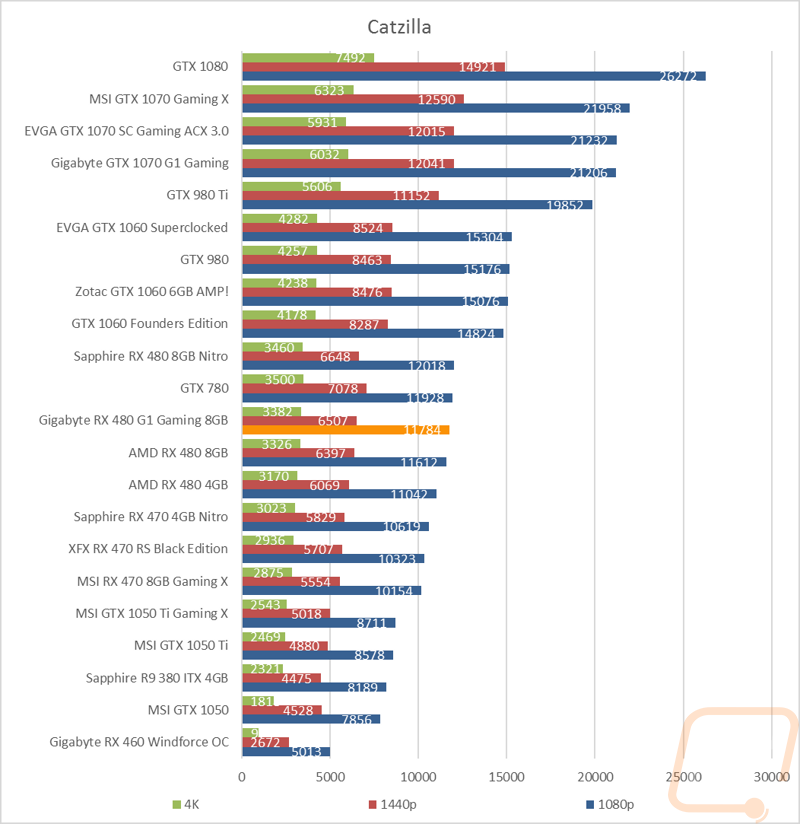 For the last test I used Valves SteamVR benchmark to take a look at virtual reality performance. This test is especially important for the RX 480’s because AMD has promoted the RX 480 as their premium VR experience card. In this test, the G1 Gaming and the reference card have the same 6.9 result. A result that puts the RX 480 in the green “great performance” range. 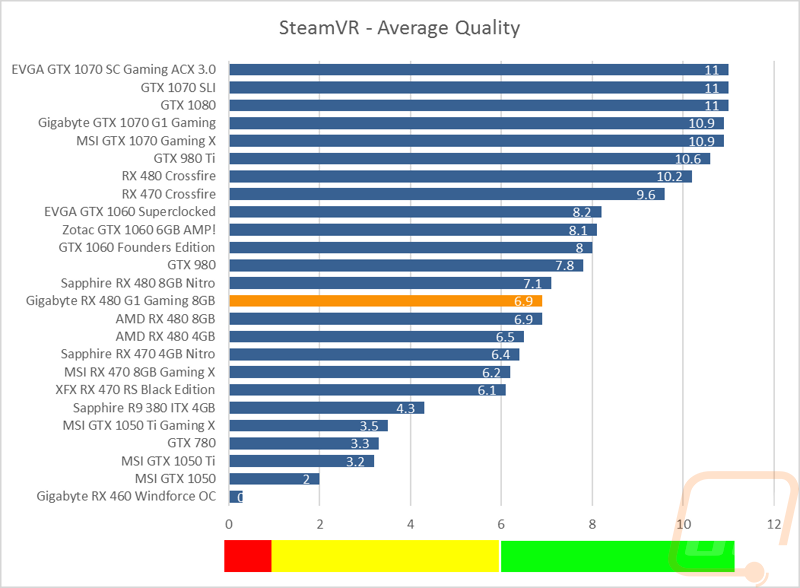 We have 694 guests and one member online