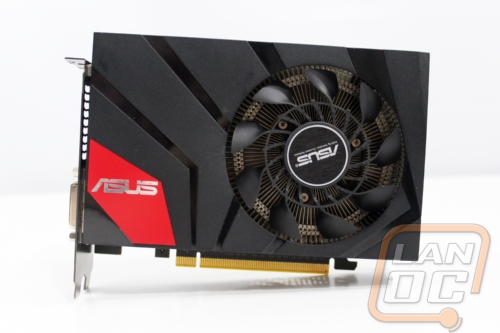 Even on our forums we saw big interest in the GTX 670 DirectCU Mini when it was first introduced both because of its size as well as its styling. Asus is well known for having a unique style that is both clean and eye catching. The GTX 670 DirectCU Mini, despite its size continues that tradition. You have a mostly black fan shroud with a small area of red in the bottom left corner. The red draws you to the Asus logo. The CoolTech fan design that Asus went with on this card is very unique looking as well. Rather than having normal fan blades, each blade has a twist in it. When you look at the card from its side you can see a lot more of the DirectCU heatsink than you normally would. Speaking of the DirectCU, Asus uses their normal design that mounts a vapor chamber directly on the GPU and helps spread the heat around to the heatsink. The cooling of the GTX 670 DirectCU Mini plays a big role in its size, even the GTX 650 DirectCU II that I took a look at a while back had a MUCH larger cooling design, on a card that generates less heat even. Because of that a lot of the design of the GTX 670 DirectCU Mini is about keeping temperatures under control, without that this form factor wouldn’t be possible at all. 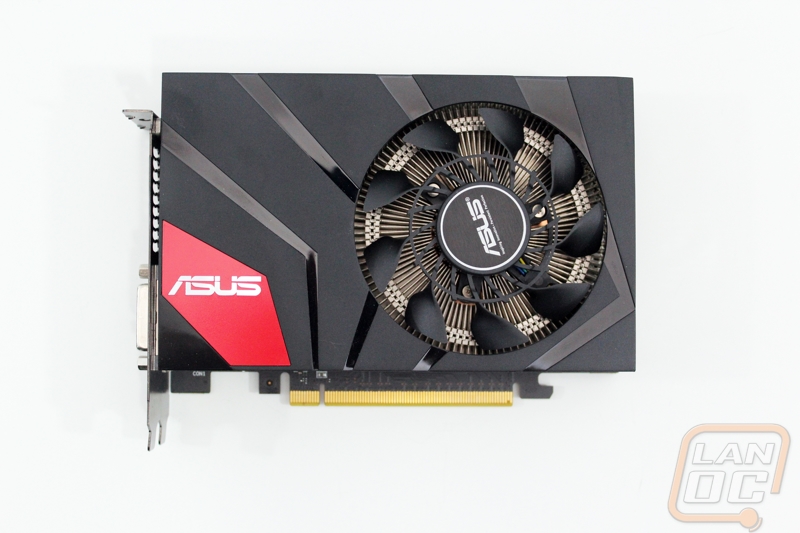 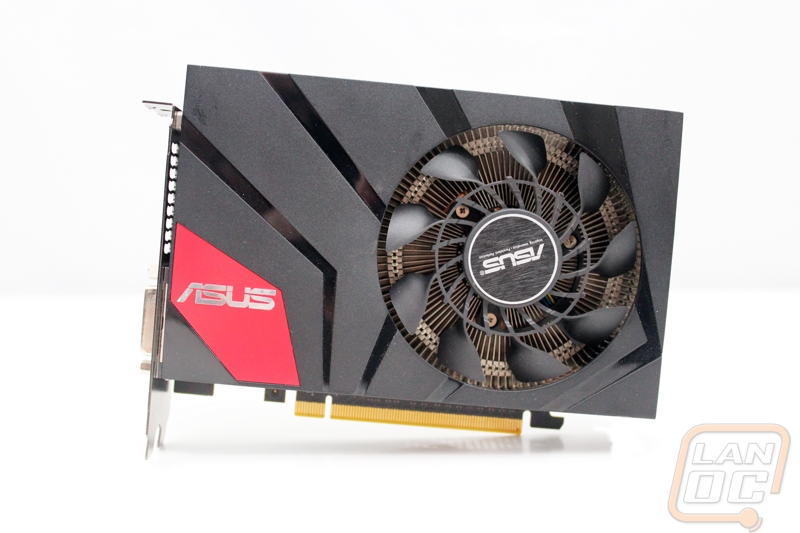 I do love that the top of the GTX 670 DirectCU Mini has a nice DirectCU Mini logo up top. Most cases that you would use this card in won’t have side panel windows, but even then Asus did keep that in mind when designing the card. My only nitpick would be the lack of the GTX 670 on there as well to show off how powerful of a card you have in your new small form factor build. 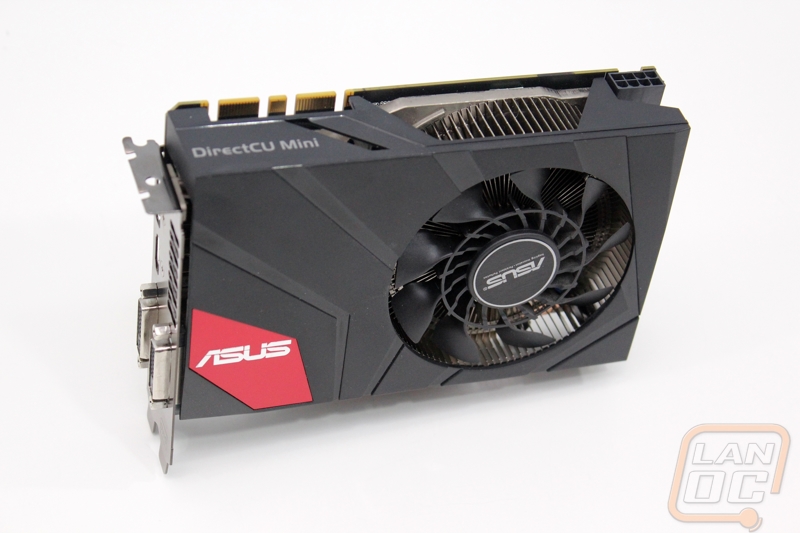 As with most cards with non-reference cooling the GTX 670 DirectCU Mini does have a semi open air design in order to get the air flow needed to keep things cool in such a small package. This does mean that not all of the heat that the card generates will be going out the back of the case and it could add a little more to the interior temperatures. This is especially important in the small form factor cases that this is designed for. Because of that if you build a rig with a GTX 670 DirectCU Mini be sure that you are keeping an eye on temperatures to make sure you don’t have any unforeseen issues. 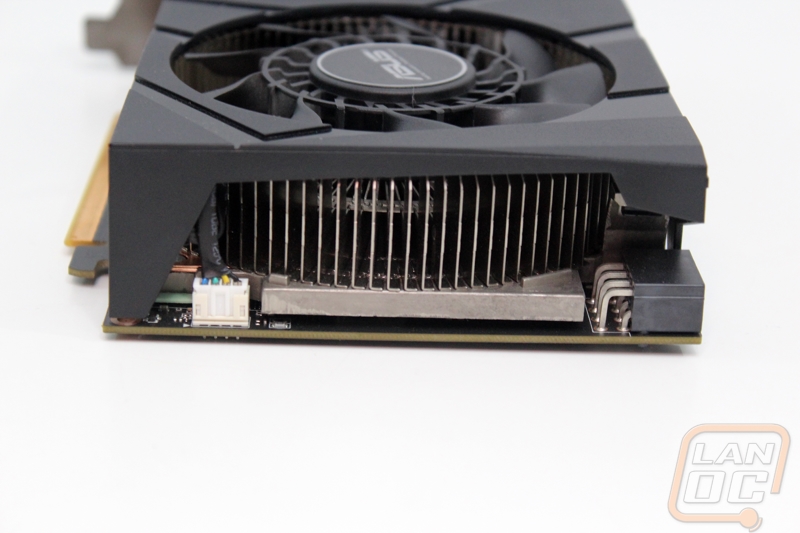 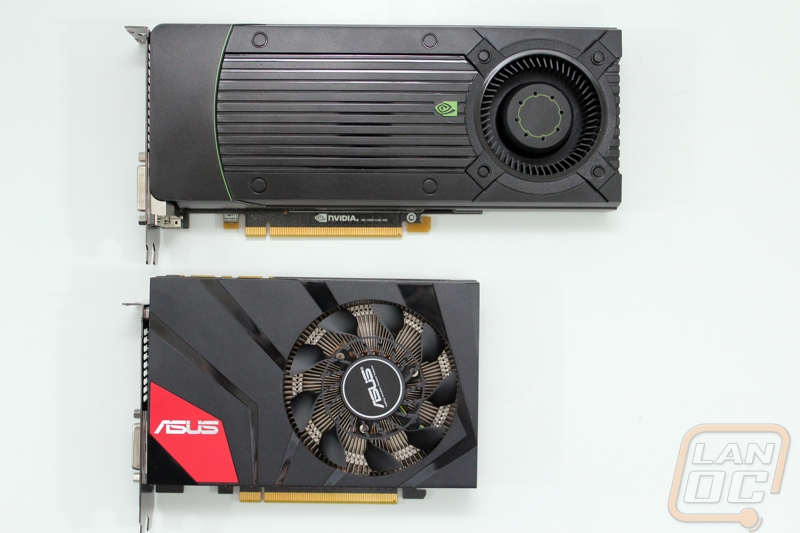 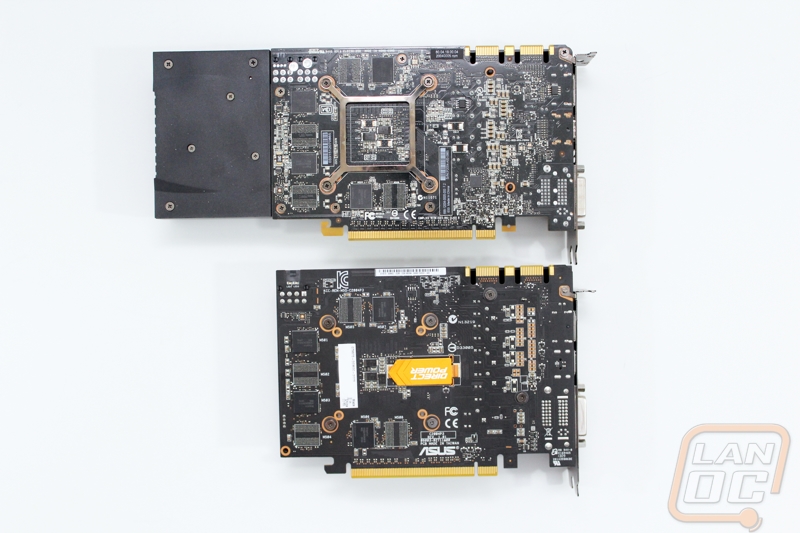 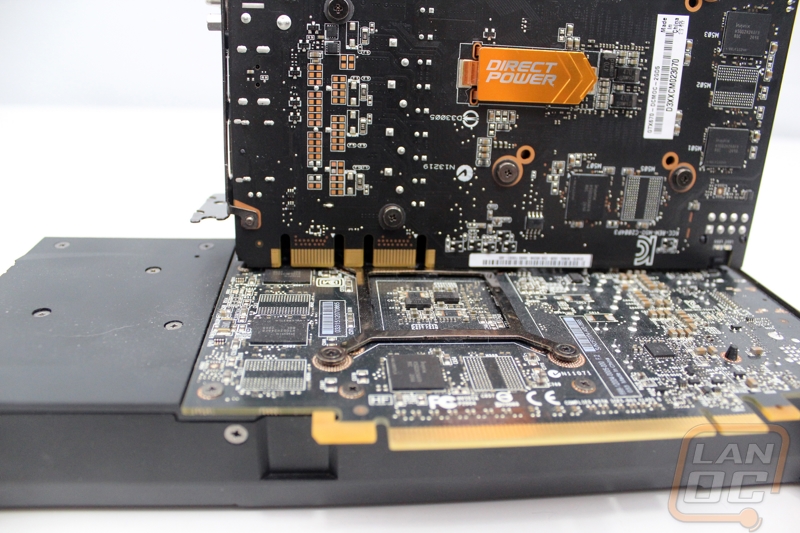 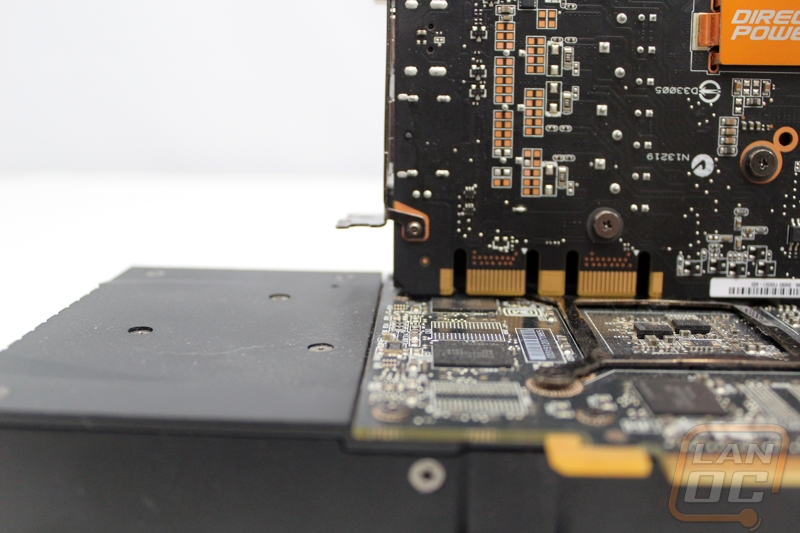 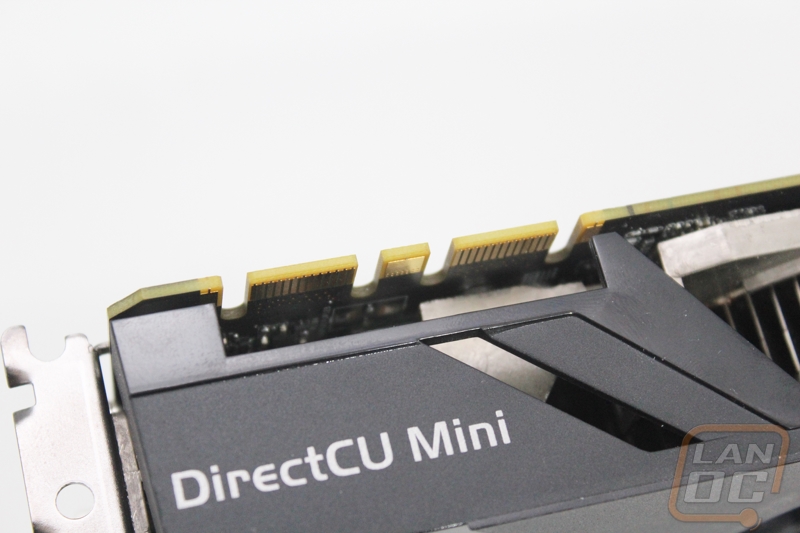 For power, Asus changed things up as well. The reference design of the GTX 670 used two six pin connections to feed its power. To help with the smaller size Asus went with a single 8 pin power connection on the GTX 670 DirectCU Mini. This is possible because two 6 pin cables supply 75 watts each while one 8 pin is regulated at 150 watts. This is why you sometimes see two six pin to 8 pin adapters, like what was included with this card. 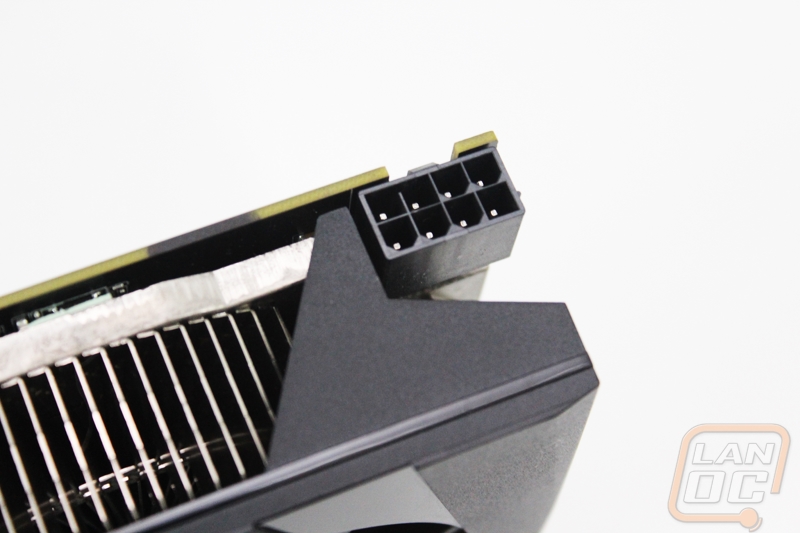 This view of the rear PCI Slot shows the additional height well as well as the GTX 670 DirectCU Mini’s multiple connection types. You can run DisplayPort and HDMI in their full sizes as well as dual DVI connections. One of the DVI ports will support VGA pass-through via an adapter (bottom in the photo) while the other connection is all digital. 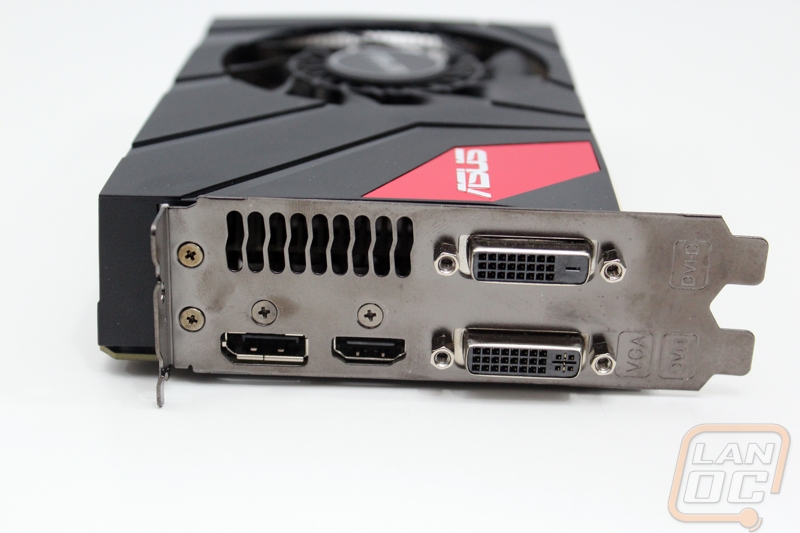 I already showed off the back of the GTX 670 DirectCU Mini in the comparison photos with the reference card. But here we can focus on one of Asus’s most interesting feature. To make it even easier they have even pointed an arrow to it with a label. This would be the Direct Power logo in the middle of the card on the back of the GPU. This can be used as a small heatsink but more importantly it shows that Asus changed from the reference design and placed the GPU VRM directly next to the GPU itself. This gives the GPU high quality and reliable power delivery and Asus claims this lowers overall PCB temperatures by 17%. It’s also important to note that the Direct Power logo is actually upside down when you look at the card sitting up, this is because when the card is in your PC it will read correctly, a small but nice touch. 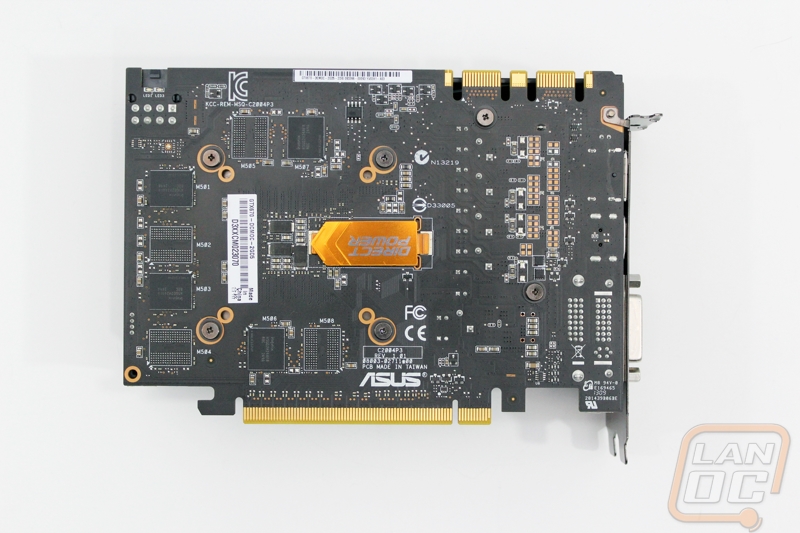 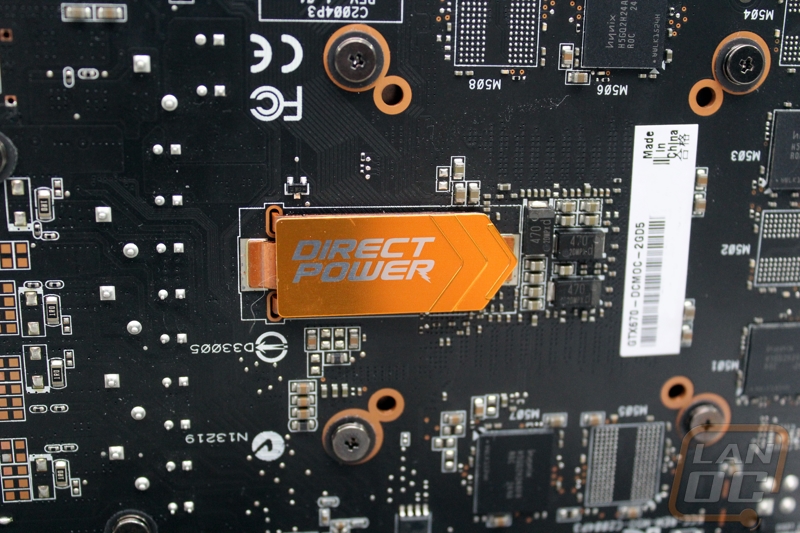 garfi3ld replied the topic: #33103 09 Oct 2013 16:10
Those of you who are interested in small form factor builds will be really interested in this one. I have had this one sitting around for a while waiting to show off photos of it in our new lunchbox LAN rig but have been waiting on parts. I couldn't wait any longer and just had to show this card off to you guys! Enjoy

Can't wait to see how this all goes together.
Read More...