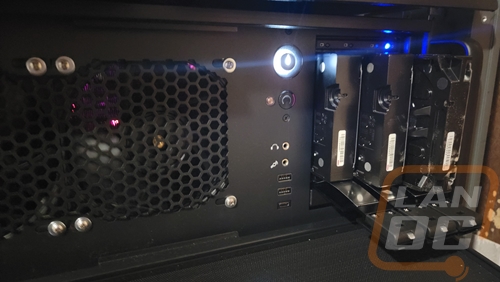 This fall I set out to upgrade our now-aged security camera server which over the years we have tripled the number of cameras that we were running and at the same time started upgrading their resolution as well. The gradual expansion and upgrading has pushed our once powerful system to its limits and beyond and has needed an upgrade for a few years now. Over the last few articles I have gone over the specific limitations we found with our old system and our new system that we call Icyu is all together except for one very important aspect, storage. I have been trying to decide what I’m going to go with and my decision paralysis has delayed the already previously delayed build even longer. So today I’m going to talk about what I’m going with, at least for now so I can get the system up and running and finally let our old system have some rest.

One of the big issues that I ran into with our old Blue Iris configuration was that I was using the SSD for the operating system to also store our footage temporarily. This also means that the database and alerts are all stored on that same drive as well and together this puts a lot of usage on the drive each day. Amazingly, we haven’t had the drive itself die but even without including that risk, I found that if something goes wrong and Blue Iris doesn’t move the files at the end of the night and the SSD fills up it brings the entire system to a crawl. Not only can we no longer record, but even fixing the issue can take hours. This has happened more times than I would like to admit with the mSATA-based SSD being 500GB which these days isn’t too big.

When I built the last system, the drive was big enough, I just didn’t consider how much wear I would be putting on that drive which if it dies all of our settings are lost. I also didn’t think about what would happen when full. So with our new system I wanted to upgrade to a new faster SSD, give a little more capacity just in case, and set things up in a way that I would never need to be saving directly to the save drive the operating system would be on. With our build being larger I wasn’t limited to just one SSD and no hard drives like the old SFF ITX system, so I went with two SSDs from Kingston. One 1TB KC3000 PCIe 4.0 NVMe SSD for the operating system and Blue Iris to be installed on and then a second KC3000 but 2TB to use as a scratch drive for our database, alerts, and depending on our hard drive configuration I would have the space needed to store footage on this drive as well. Some hard drives are ideal for direct streaming footage onto them, but because I wasn’t sure what drives I would end up going with I wanted the flexibility if needed and Kingston helped us out with these two drives that fit that perfectly. Not only that but with the potential for sequential read and writs of 7000 MB/s and up to 1,000,000 IOPS I am hoping they will keep accessing footage and alerts quickly which is an issue on our older drive, especially anything moved to the temporary turned permanent USB drive used to store most of our footage.

Both of the Kingston KC3000 drives come in the same hanging cardboard packaging with the drive in clear plastic exposed on the front. They have a white background and then a Kingston red accent behind the drives and Kingston has the model name in the biggest font right up at the top. The capacity is visible just below that as well as the estimated speeds with the capacity. The back of the packaging has a window in it so you can see the sticker on the drive which is how you can double-check that you have the correct drive and also scan the serial number with the small QR code as well. 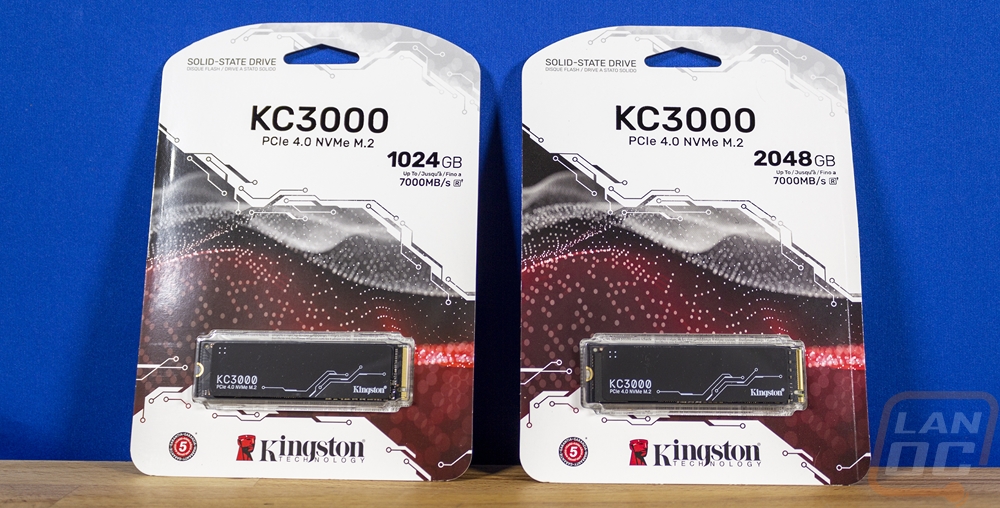 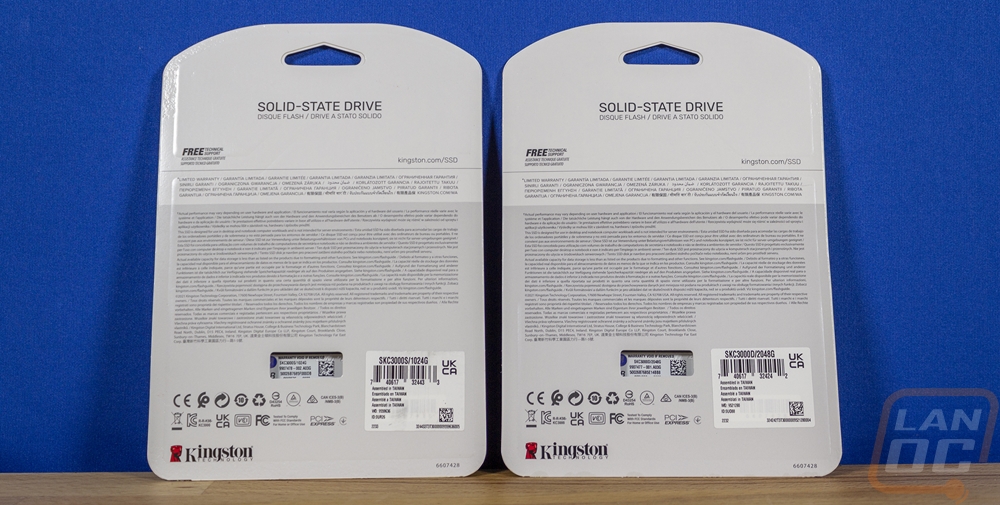 The Kingston KC3000 has a very similar setup to the Kingston Fury Renegade SSD that I previously reviewed. Not only are they running the same Phison E18 controller and 176L TLC from Micron. But the styling is similar with the blacked-out PCB and the black sticker on the front. The KC3000 doesn’t have as flashy of accents on the front but the simple circuit board design that they used on these looks great, not that I am too worried about that with our server build.

As I mentioned earlier, the holdup on this coverage has been me trying to decide what I want to do for hard drives and frankly, I still haven’t decided on the long-term solution. But after having this build together and running and not being able to use it for its main use I decided to go with a temporary setup for now. I will most likely be keeping an eye out for an 18+TB hard drive when I find one for the right price. So for now I am going to get some more life out of a few older drives from two of our old NAS. Two are 8TB Seagate drives that are coming out of the system that already had two of the four drives fail so I don’t have high expectations for these to live long-term. Then I have one 4TB drive as well. Together that puts us at 20TB which was the original goal. Hopefully by utilizing a scratch disc SSD for the day-to-day it will minimize the use on these other than when I need to look up older footage which is rare.

We have 1424 guests and no members online