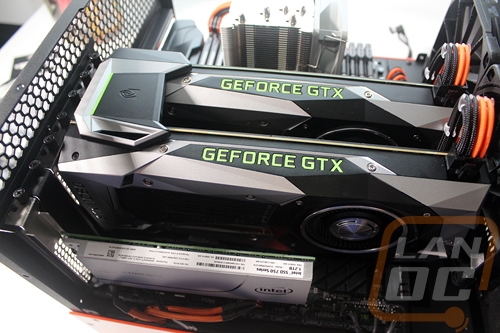 Last week I went through the main components in the Crush build, this week I want to touch on a few of the areas that people sometimes skimp on. The power supply is at the top of that list, but some people skimp on their cooling so I want to talk about what my original plans were, how they changed after I started the build, and what we ended up with. Then after all of that, we can finally dive into a few of the small changes I made to fine tune the build and make it exactly what I wanted. That LanOC style if you will.

It’s crazy that people can spend sometimes thousands of dollars on a computer and put it all back together with the old no-name power supply that they went with for their old budget build. For a lot of people they only think about the wattage and if we are lucky they might also be worried about getting modular cables. Those are of course both important, but most people don’t even know about 80Plus ratings and how they help sort out all of the power supply options. From the beginning, I wanted to get a power supply that would get the job done without going completely overkill. I mean The Fridge had two 1200 watt power supplies!

So for Crush, I first had to get an idea of what wattage I would need. While I did my own testing of the GTX 1080 and a similar motherboard and CPU in our GTX 1080 review, I went to the Cooler Master PSU Calculator that I have always trusted. With everything inputted it put the load wattage at 547 and recommends a 597-watt power supply for the build. Well, I wanted to plan for future expansion, especially taking into account that if I went with a pair of crazier cards in the future that might pull a lot more wattage. So I bumped up my wattage range for 750-850 and set out to find the ideal power supply.

I had to also take into account the small form factor of the build. The Bullet BH7 might support an ATX motherboard, but only barely. With that in mind, I was seriously considering going with one of the new Silverstone SFX power supplies with their high wattages. But I also wanted to upgrade to CableMod cables and with those being brand new I was a little worried about compatibility. So when I ended up with the Corsair HX850i for review and after I had a chance to check out its features I knew it was what I wanted to go with. Corsair has been rock solid for me in the past, including the PSUs in The Fridge. But on top of that, I really liked the Corsair Link software that let me keep an eye on the power supplies performance along with the rest of my PC. 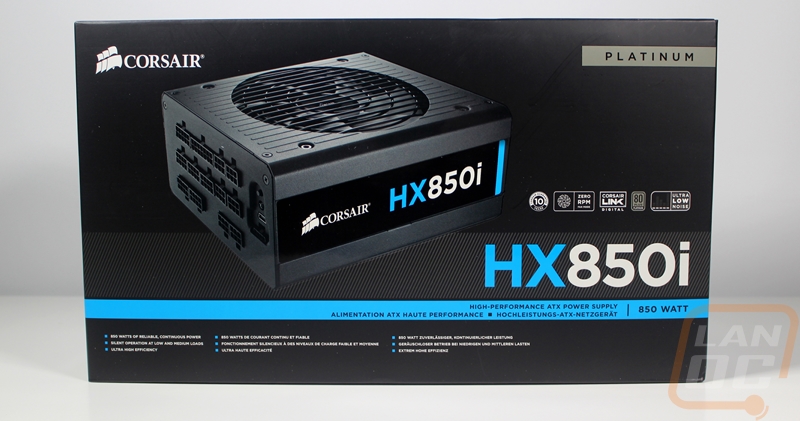 In addition to that, with this PC running 24 hours a day the HX850i fit the bill for efficiency as well. Being Platinum rated in 80 Plus means it has an efficiency rating of 92% at the 50% load that I expect the build to be at when it is in use. This translates to lower power usage and trust me that is a big deal at our house, we already use twice as much power as an average household and our usage always seems to go up, even when moving to power efficient bulbs and taking other steps. 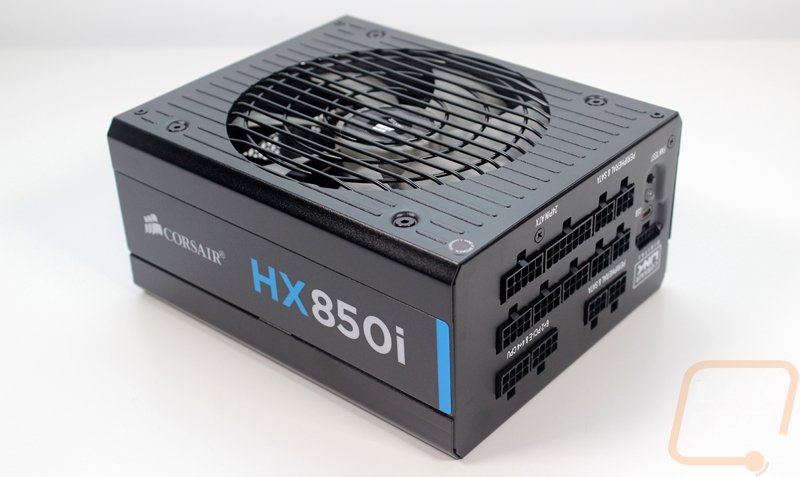 You can also check out my coverage of the power supply at THIS link.

We have 1699 guests and no members online