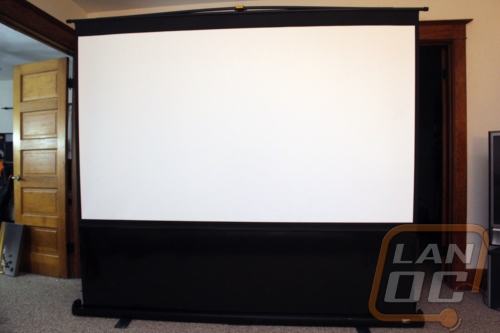 I’ll be honest, my pervious experiences with projector screens have been powered and manual pull down screens that hang from the wall. Because of that I wasn’t sure of what to expect from the ezCinema Plus. After getting everything out of the box I was basically left with a long metal casing with two locks and a carrying strap on top. 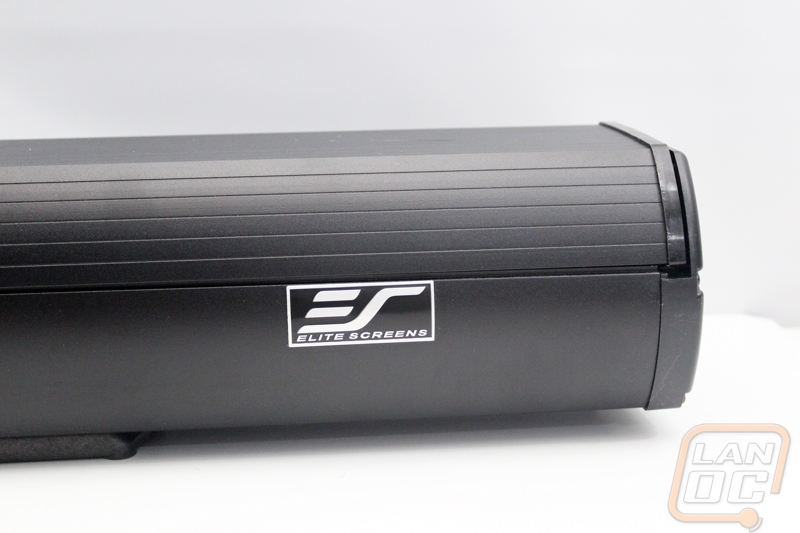 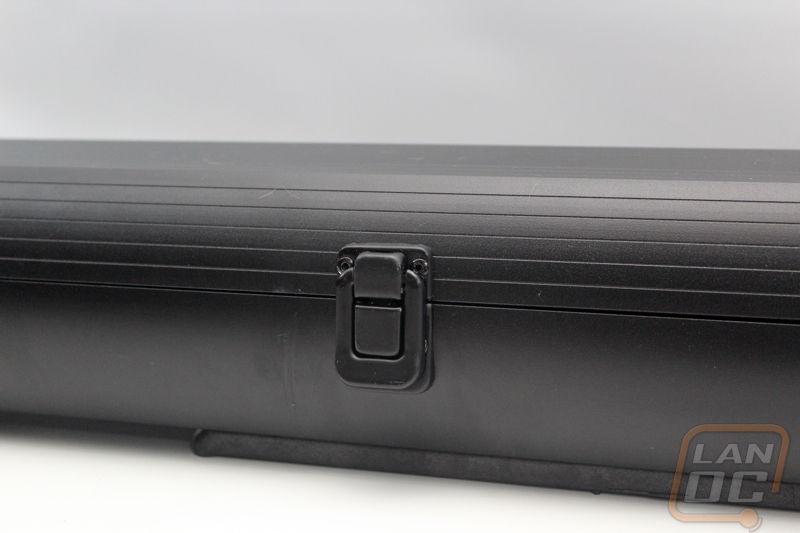 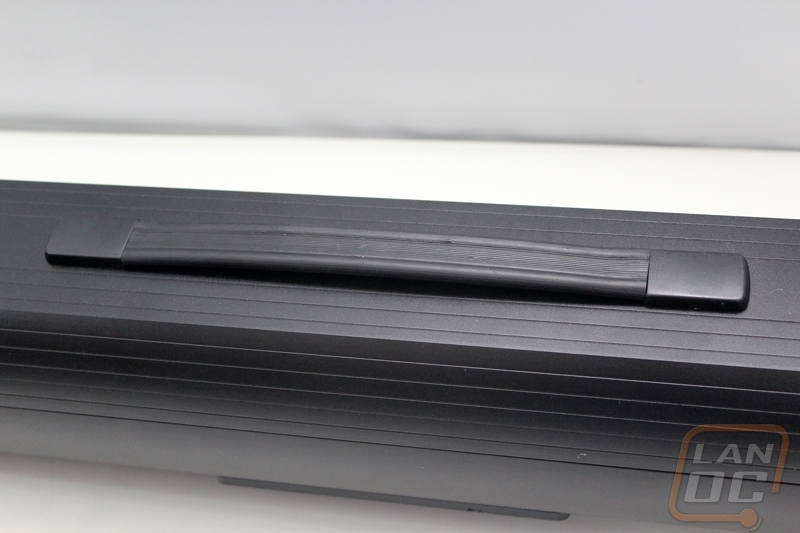 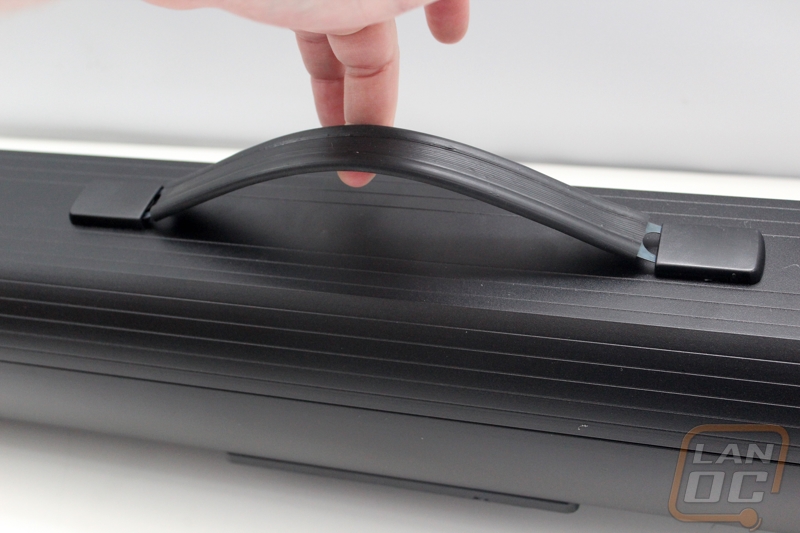 Other than the two latches and the handle on the outside casing, the only other thing going on are the three feet along the bottom. The middle foot is locked into place and is a little wider than the others. The other two feet actually rotate out to give the stand the stability it needs to stand up when extended. All three feet are made out of plastic and are more than strong enough to keep things stable. This does mean that you can’t expect to just sit the ezCinema right up against a wall. At this size, the feet extend almost a foot out each direction when rotated out. 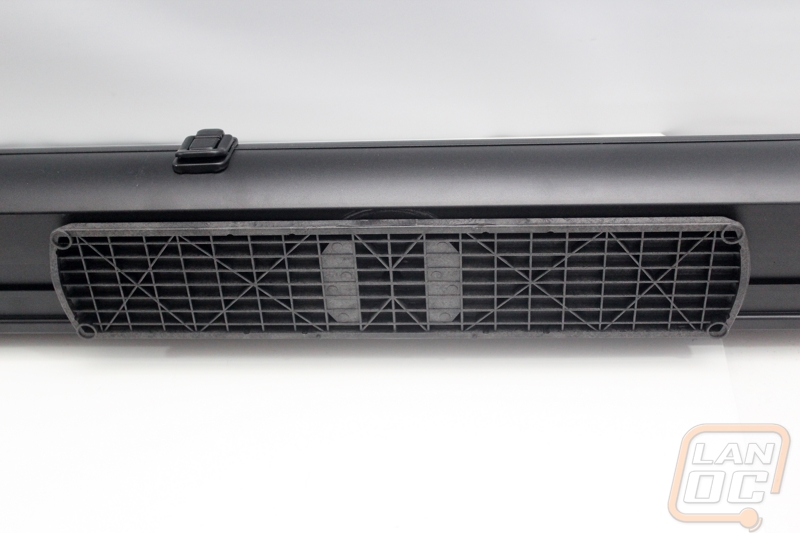 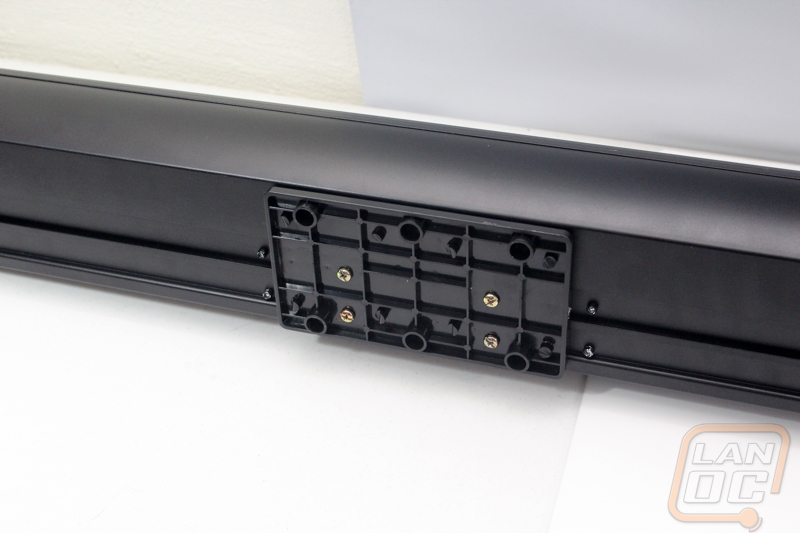 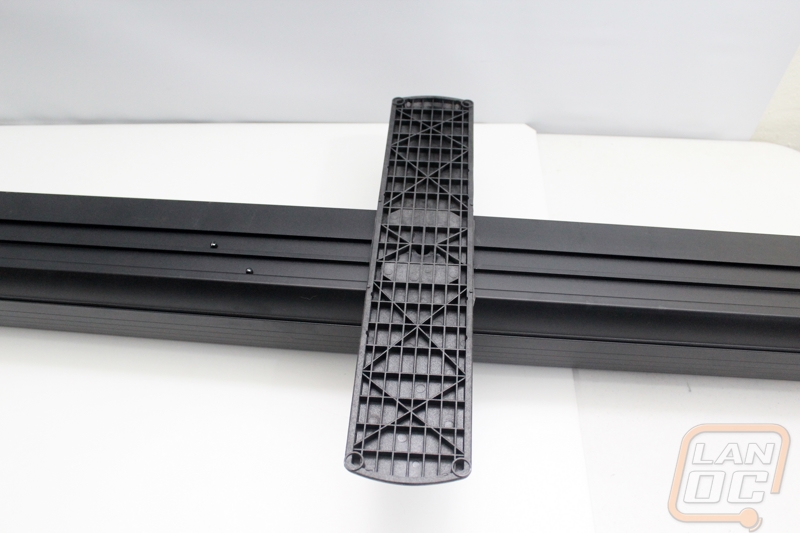 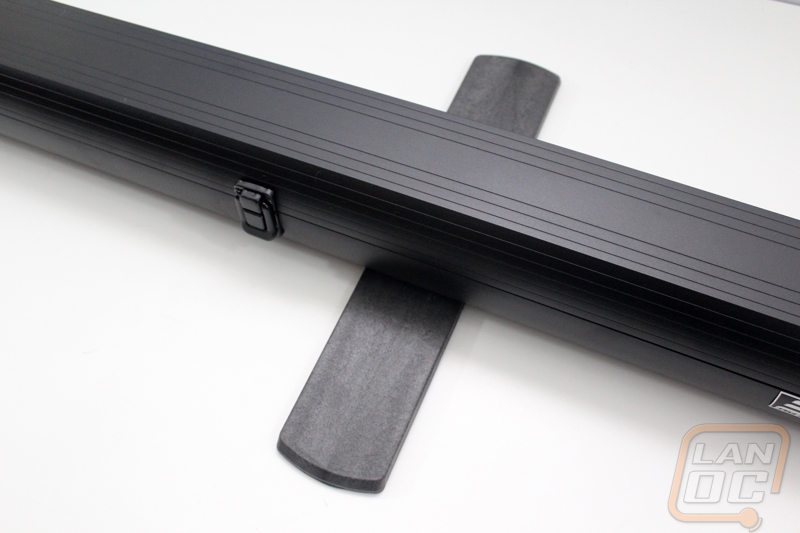 When you unlatch the two latches and open up the top of the ezCinema’s casing you are greeted with a flip up handle and a bright yellow note that warns you to pull up slowly and horizontally. With the built in assembly that assists your lift and holds the screen in place you could cause a lot of damage if you lifted the screen up and pulled on it. 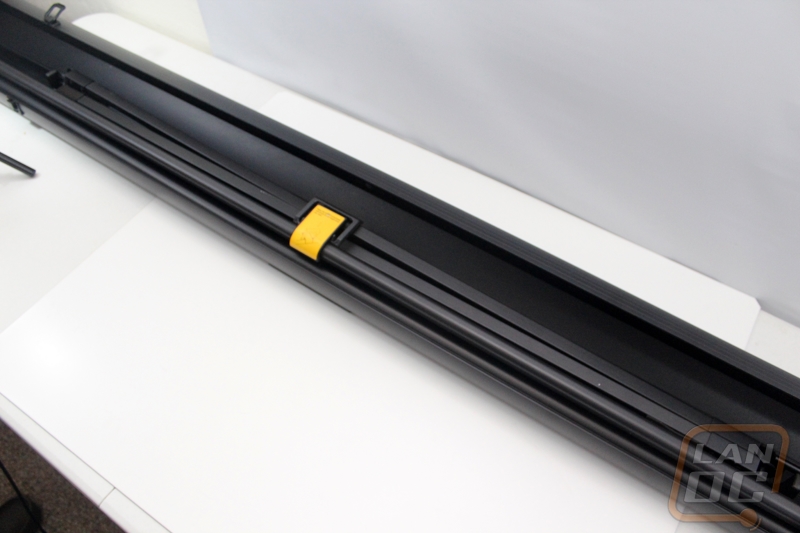 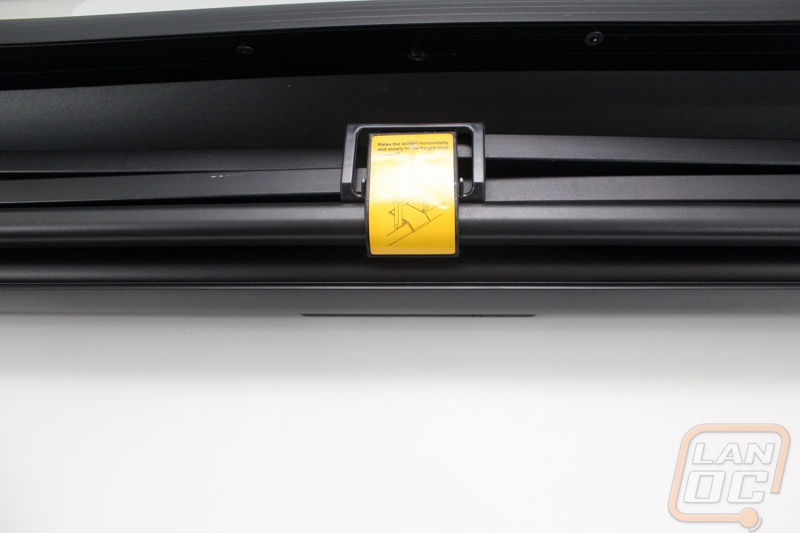 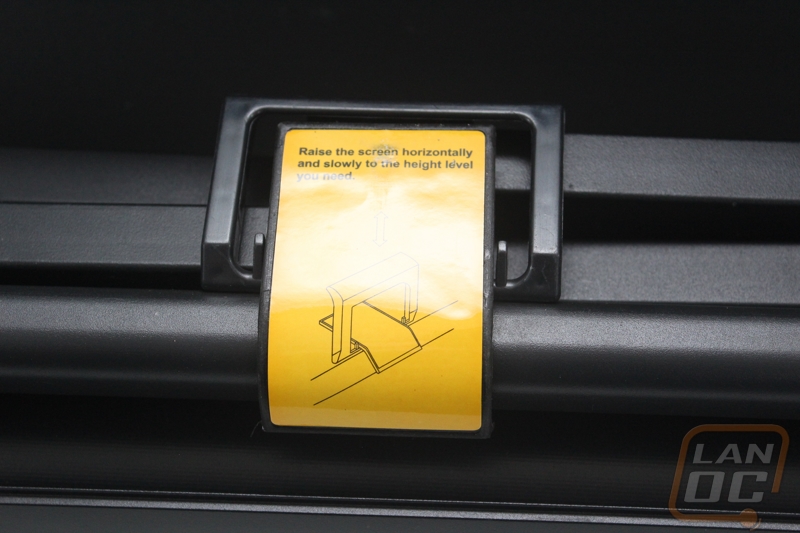 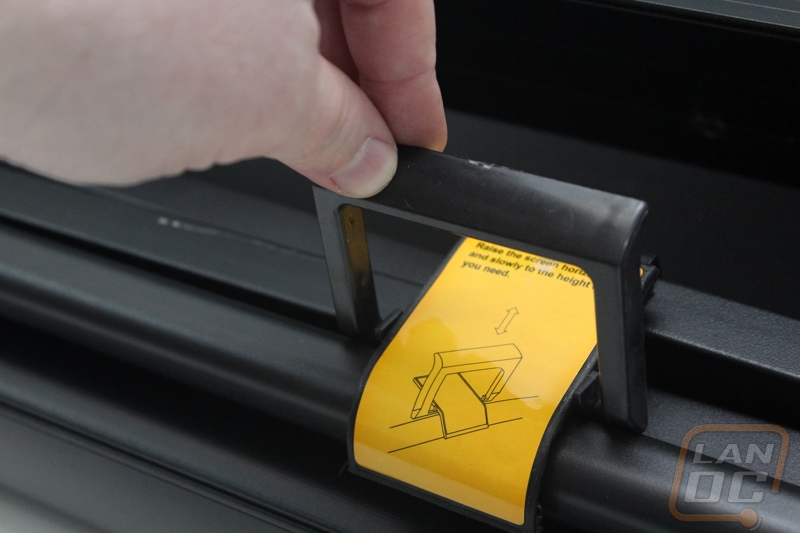 As cool as the rest of the ezCinema Plus is, it’s what happens around the back of the screen that really sets the screen apart. It is designed to quickly be setup and tore down. They manage to do this with the cross spring mechanism on the back. They use two hydraulic struts to help make raising the screen easier and to hold the screen up into place once you get it where you want it. These are basically the same struts you might find holding up your trunk or hood on your car. 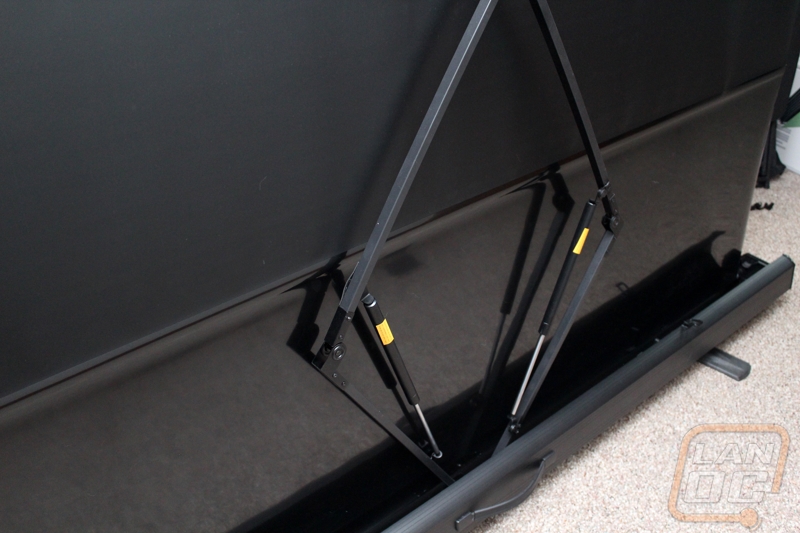 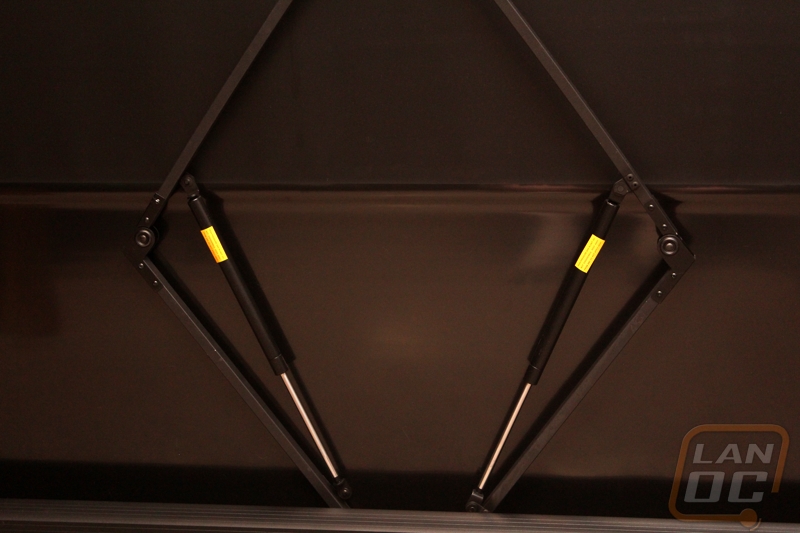 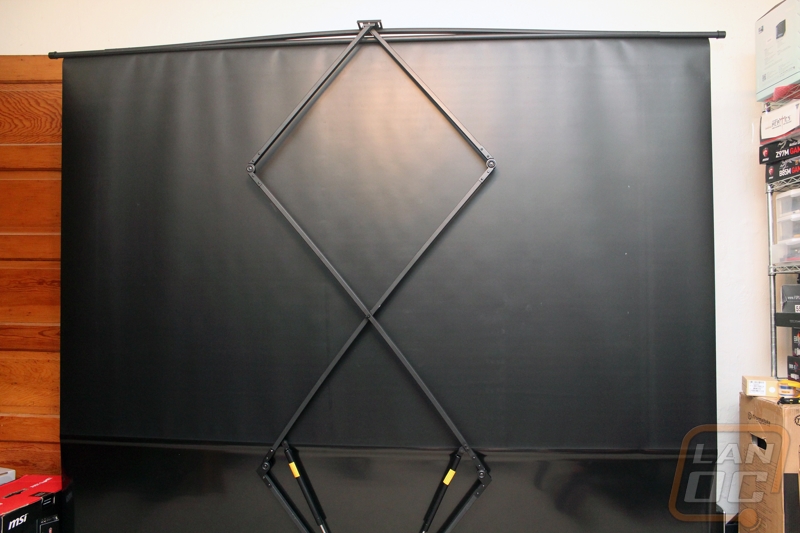 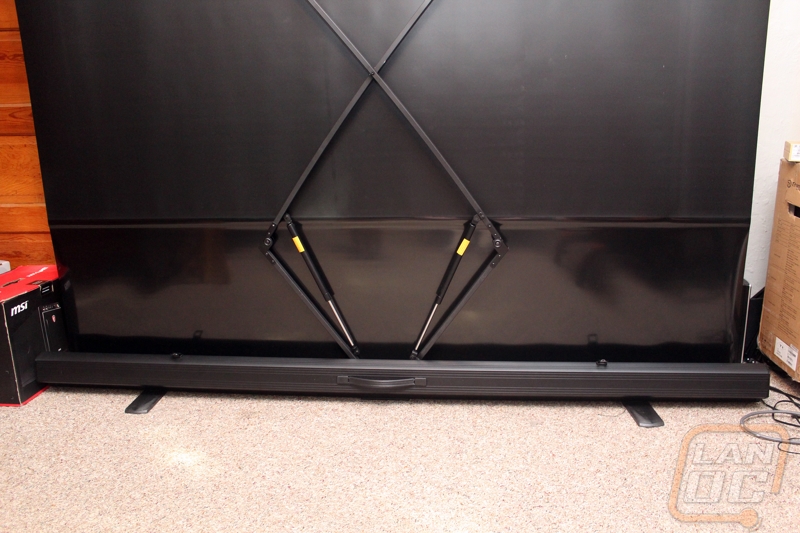 With the screen extended we can see the full 100 inch diagonal MaxWhite screen as well as the black backing. The screen material for the ezCinema Plus has a slight texture to it to diffuse the light but the texture is fine enough that it shouldn’t show, even at HD resolutions. The MaxWhite has a 1.1 Gain, so it isn’t going to amplify your projectors light output but it should still be an improvement over shooting direct onto a wall. The black backing material runs behind the white screen as well to prevent light penetration and help increase the reflectivity. The black edge around the screen helps define your screen and hides anything you project over the edge. As you pull the screen higher, you will also pull out more of the glossy reflective black material that runs below the screen. 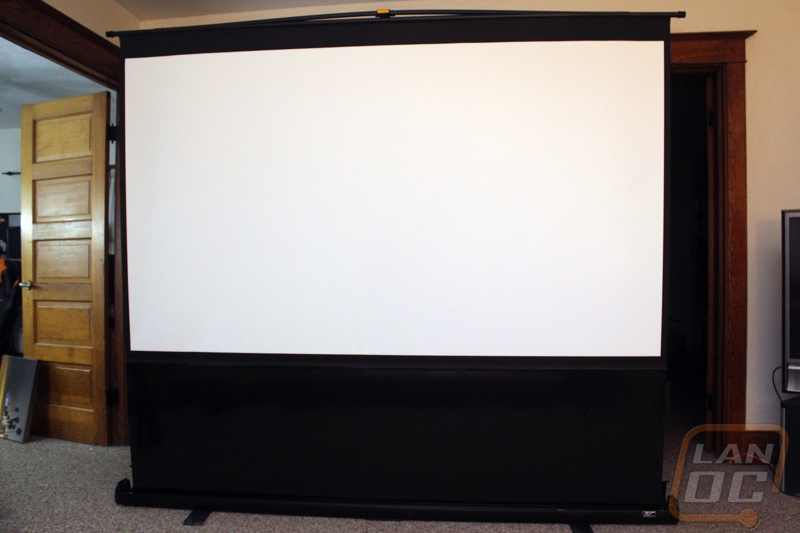 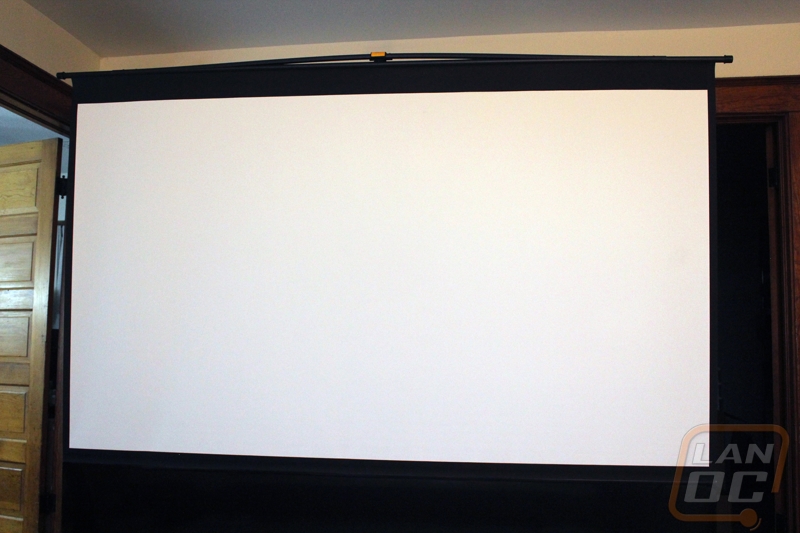 Even with an easy to use carrying handle directly on the ezCinema Plus, Elite Screens still included a carrying case for you to wrap the screen up in for transporting it. This is great for us because we plan on taking the ezCinema Plus to our events, but it will also come in handy for companies who might need to use this for Expo’s or event rental companies. You get a black canvas bag that has a built in shoulder strap for easier carrying. If you just want to carry it by the handle, they did cut out a hole in the bag to make sure you still have access to the handle directly on the screen. 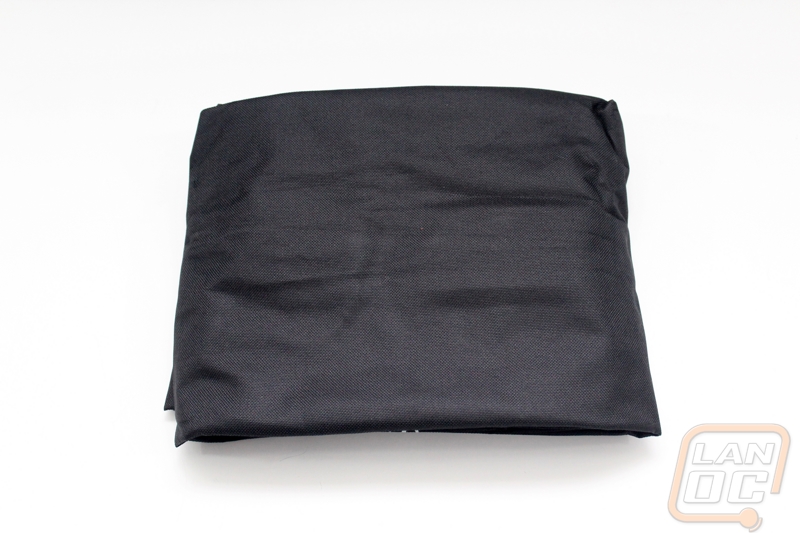 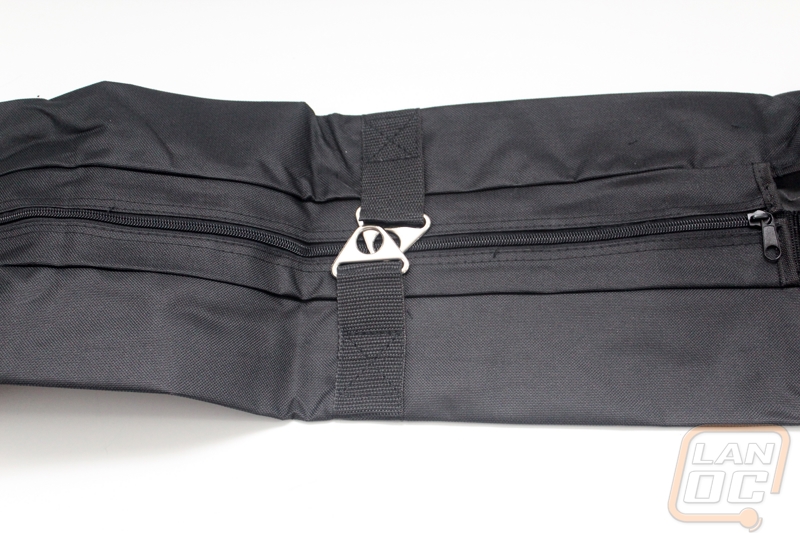 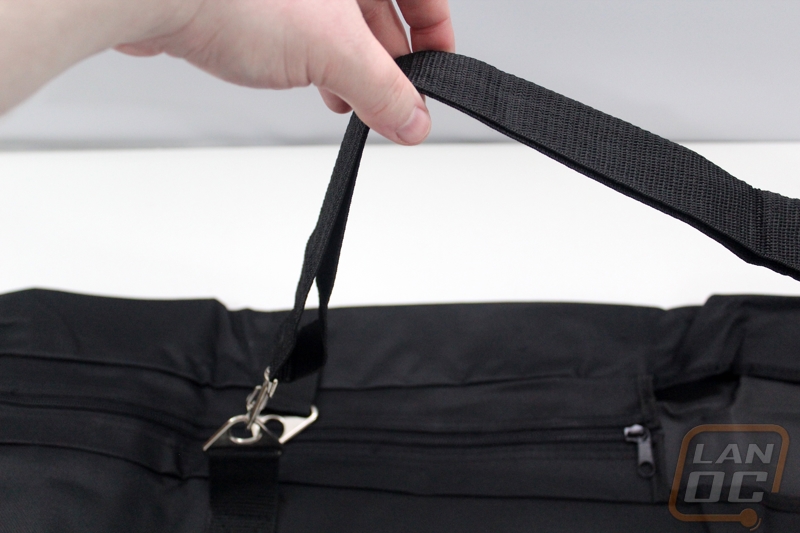 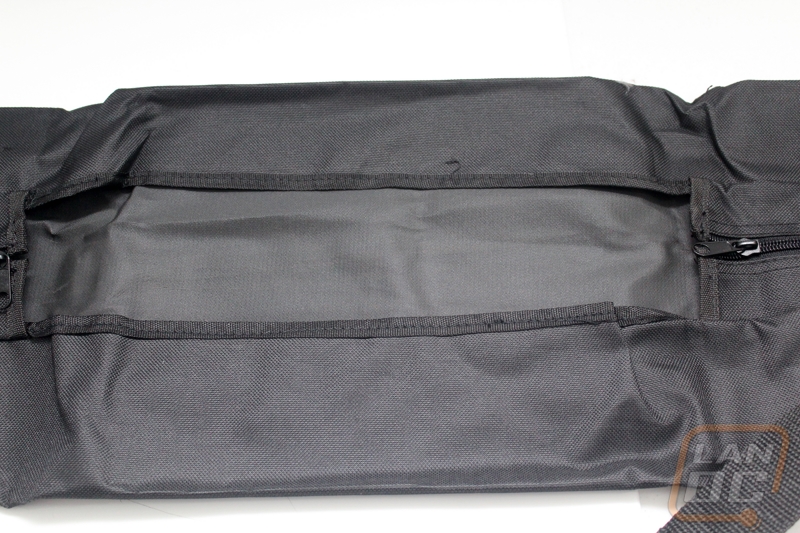 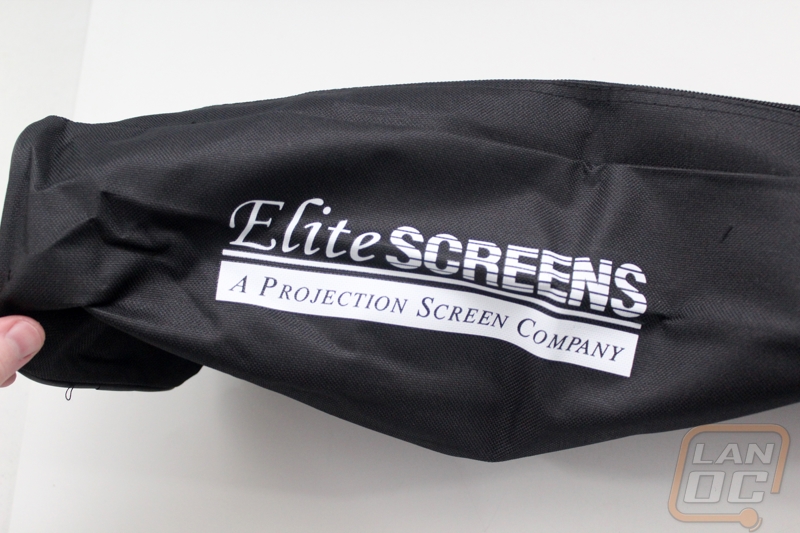