All motherboards anymore have onboard audio but Asus has innovated in the integrated audio department for the last few years especially. Sure there have been a few companies who have tried, but in most cases they end up just being a normal onboard sound card with Creative Labs firmware and at best they are following in Asus’s footsteps as they finally see how important good audio quality is to enthusiasts. The Formula is using a similar design to what we saw on the Gene at the Z77 launch but they have made a few changes and moved away from the SupremeFX III name that the Gene had, to the SupremeFX IV.

Here you can see a few important features. The audio chip itself is protected under a metal cover to prevent interference, this cover also lights up with the SupremeFX logo as well to give the Formula V a little extra styling. Next you will see all of the capacitors; Asus went with top of the line ELNA premium audio capacitors for the best possible quality this is one of the key design differences from the Gene to the Formula. The ELNA capacitors should give an improved tonality. Down at the bottom most corner of the board you will see the build in 300ohm headphone amplifier for pushing the best audio right out the front of your pc to your headphones. A lot of people take for granted something like a headphone amplifier. More power isn’t just louder music from your headphones, it means more power to push crisper music and lower notes.

Last but not least is what Asus calls their Red Line Shielding. We saw this on the Gene as well and loved it. The best way to prevent interference with onboard is to not have onboard. Asus did the second best thing here by splitting the SupremeFX off of the rest of the board; you can see it by looking for the yellowish line across the PCB in our photos. When the motherboard is powered on the Red Line Shielding glows red via red LEDs. This shows you that the separation goes all the way up to the rear I/O panel to keep the full audio circuit separated from the rest of the motherboard.

If you were to take a look at any other board on the market, you are going to see the difference between this setup and everything else. We don’t see that many onboard controllers that include a 300ohm headphone amplifier let along ELNA caps or the separation of the red line shielding. 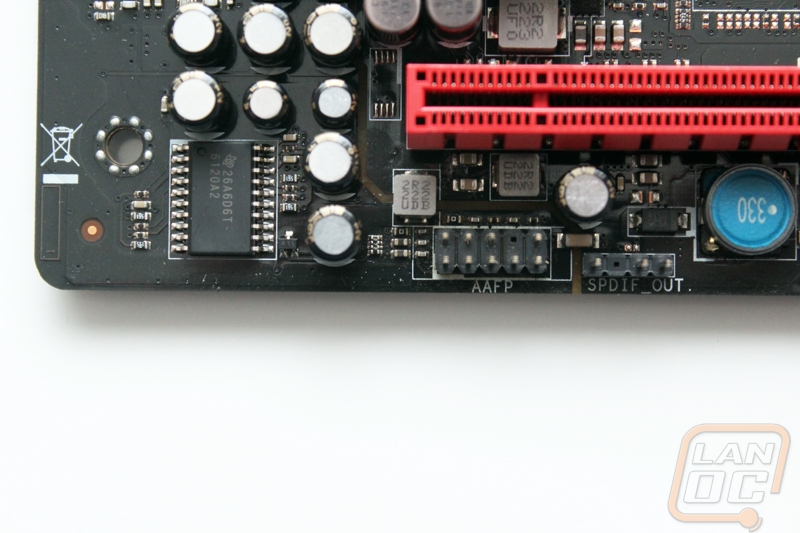 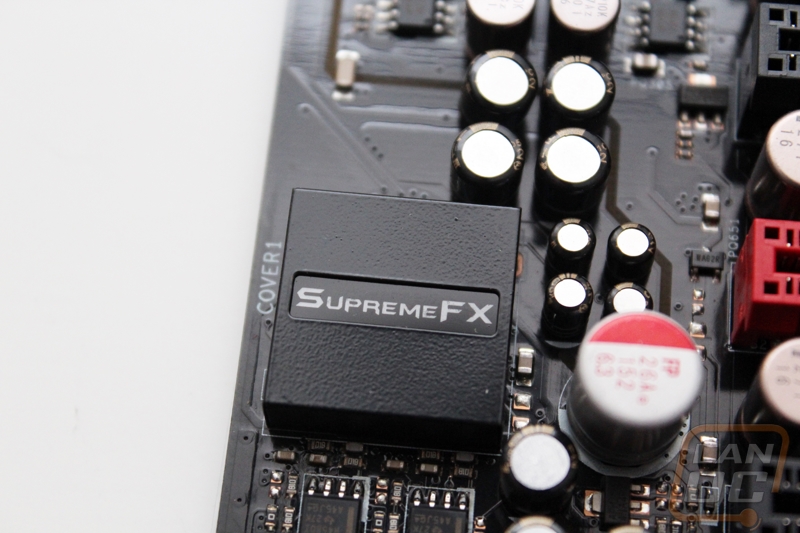 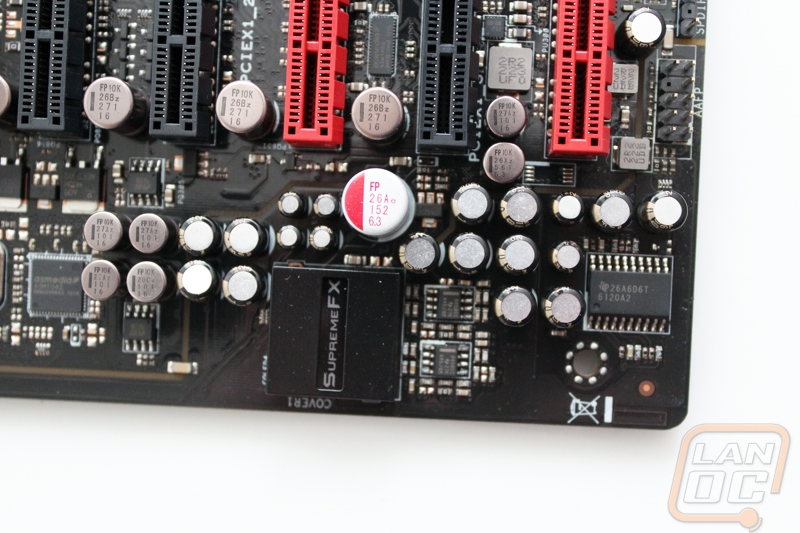 To put it all to use, we take two different things into account. For a numbers approach we use Rightmark’s audio analysis to get a pure numbers take on the onboard audio performance. To go along with that I also put the audio testing to the test with general use, something that is always a welcomed break when you are in the middle of long boring motherboard benchmarks. Audio isn’t something that always can be taken just from numbers, although they are still important. Things like the difference the new ELNA capacitors might make don’t show on numbers, they show with a warmness and tonality that you can only hear subjectively, similar to how people still love vinyl records when digital formats are still technically an improvement. Having said that, I was very impressed with the audio quality of the Formula V’s onboard in my testing. Not only did it test on par with the Gene, but it really did sound better than any other on board solution. That was something I didn’t really expect considering it was still on the motherboard, at least partially.