Asus’s Rampage series is boxed up considerably different than their typical product line. The entire box is a bright red that catches your eye right away. A typical Asus box is black in color and fairly boring. Across the front you have the Rampage IV Extreme logo. Around back there are a few small photos of key features and then a breakdown of what to expect, similar to a specification listing. They also have a line drawing of the rear I/O ports to give you an idea of what to expect there. 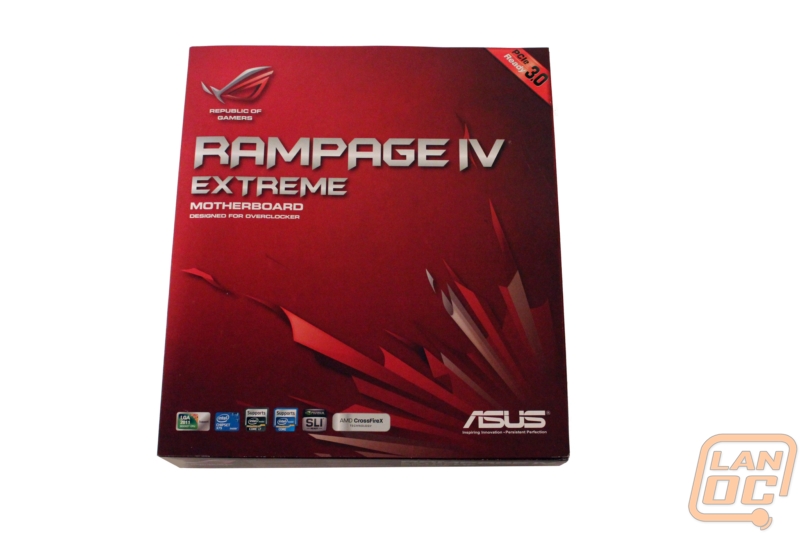 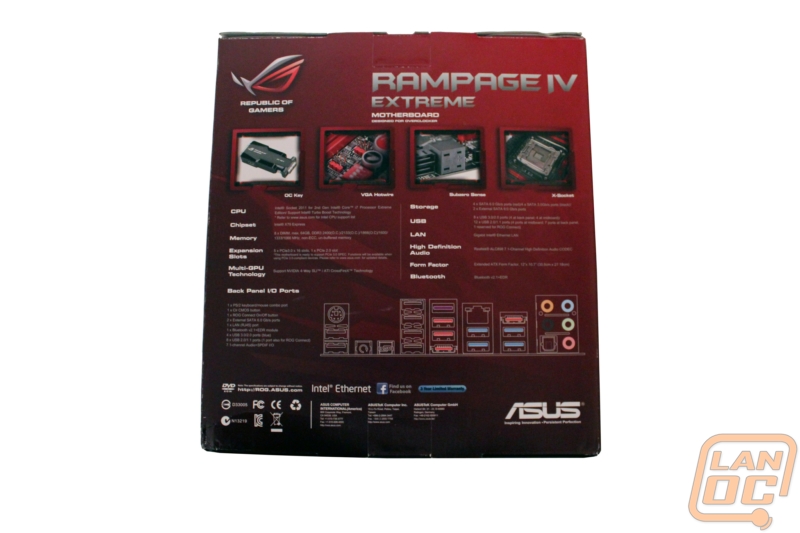 Back around front the front of the box actually opens up to reveal more of the same photos we saw on the back, only this time each has an explanation under each. On the other side you have a window that allows you to see most of the Rampage IV motherboard. Even through a window it looks damn sexy! 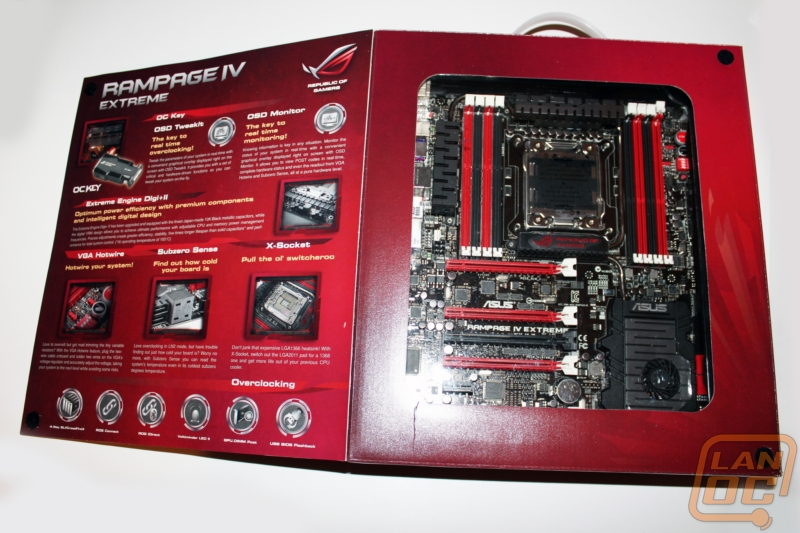 Inside the box there are two black boxes. The smaller of the two holds all of your accessories. For paperwork you have a user guide, a guide to ROG Connect, a Xonar audio card advertisement, and a sticker pack to help you label each of your SATA cables. You of course have your driver DVD, in the same red color as the box. 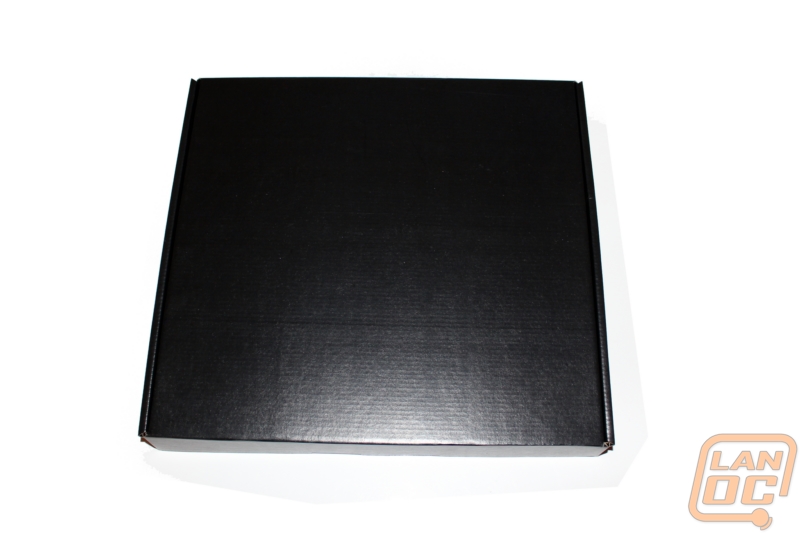 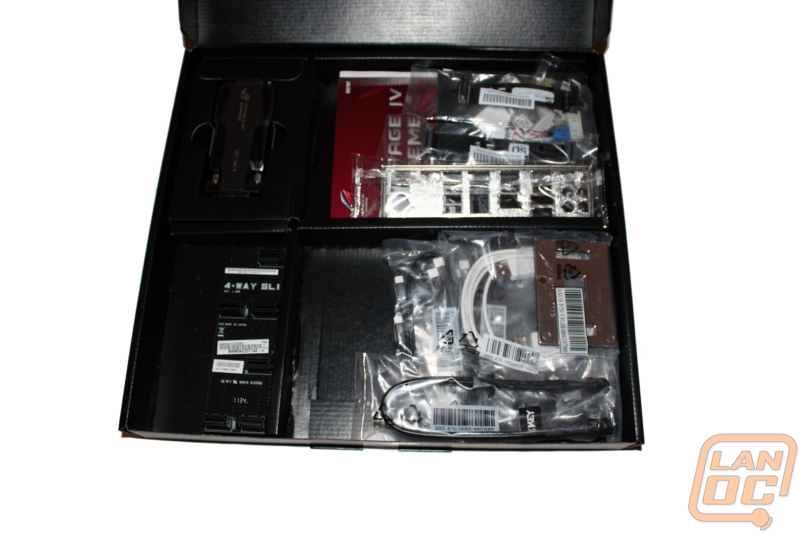 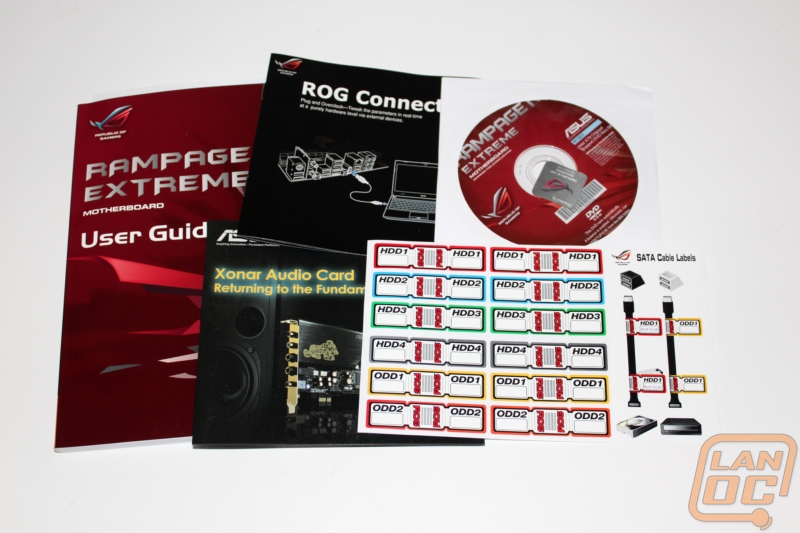 Being a flagship board the Rampage IV has a long list of things included with it. To start you have eight SATA cables, four of them being SATA 3. 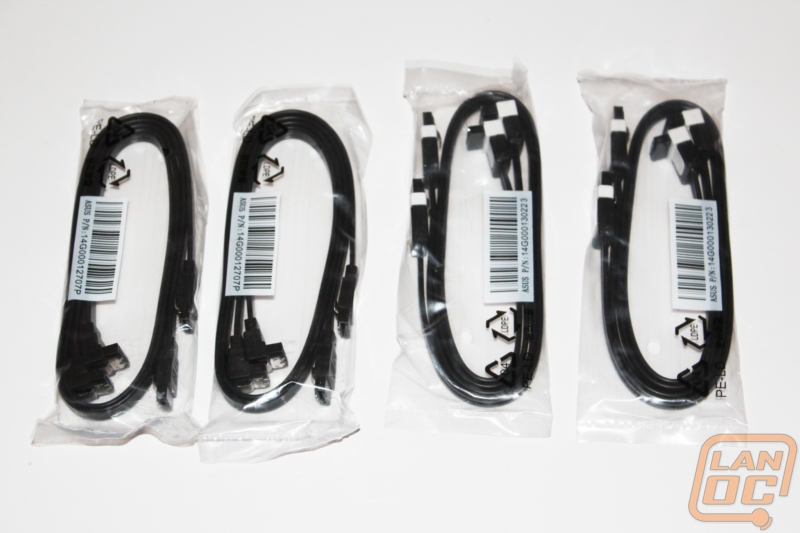 You get a small package of what Asus calls Q connectors, an adapter to make hooking up your front panel connections easier. In the second small bad you have your ProbeIt cable set for monitoring voltages. The white USB cable with male connections on each end is the ROG Connect cable. Lastly in this photo you have the OC Key cable on the far left. 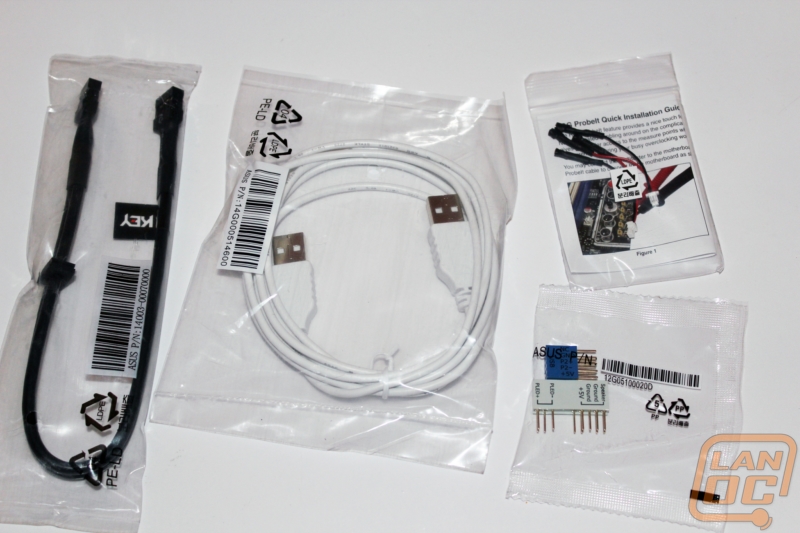 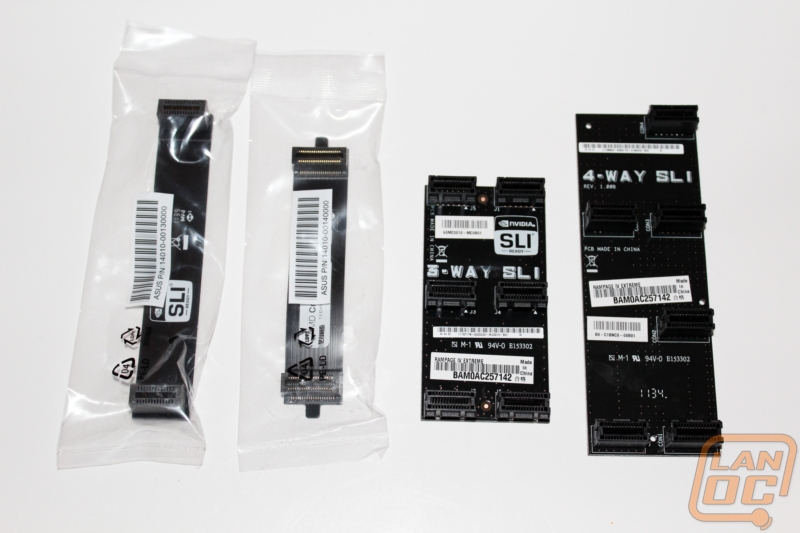 The rear I/O panel. Each port has a small label next to them. I also dig the ROG logo being included. The black color should look good with all of the black cases on the market. 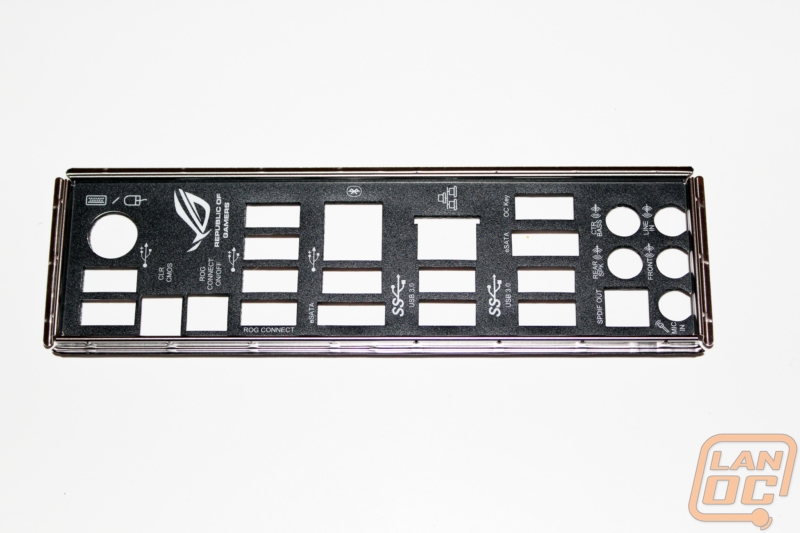 One of the features of the Rampage IV is the ability to swap out the CPU mounting brackets to allow you to use your old 1366 cooling solutions. Here is the back brackets. 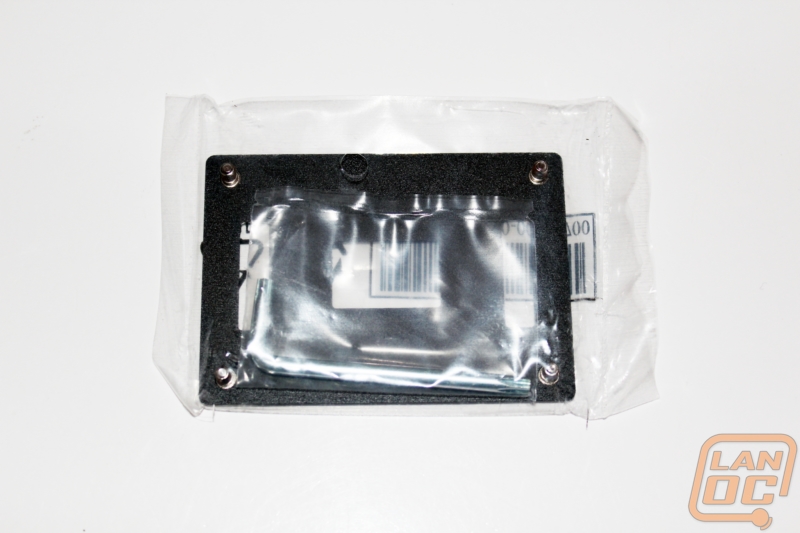 A couple shots of the OC Key, we will cover this more later in the review. 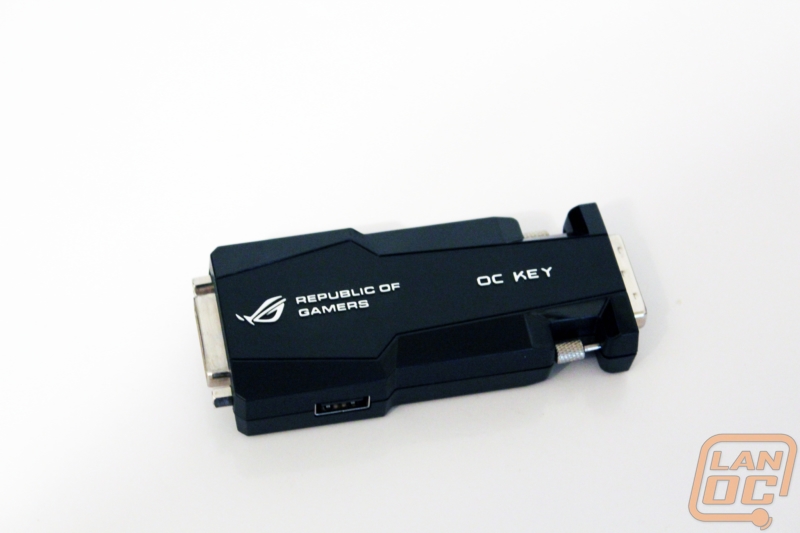 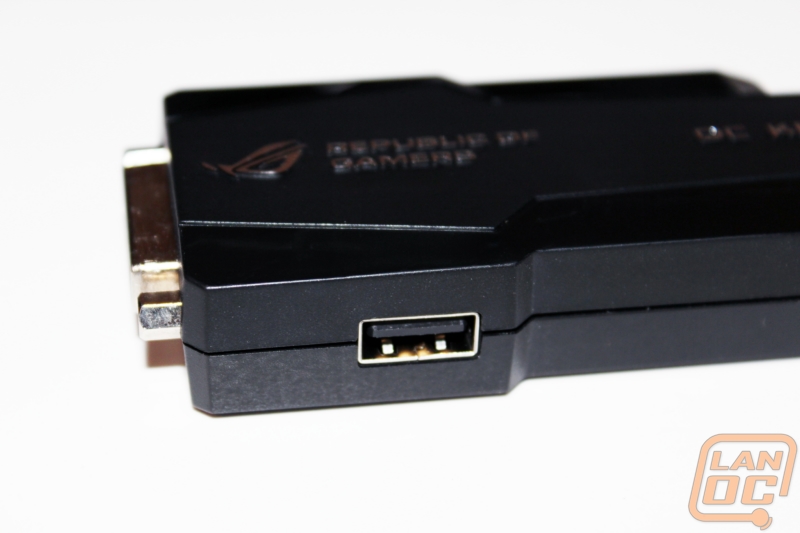 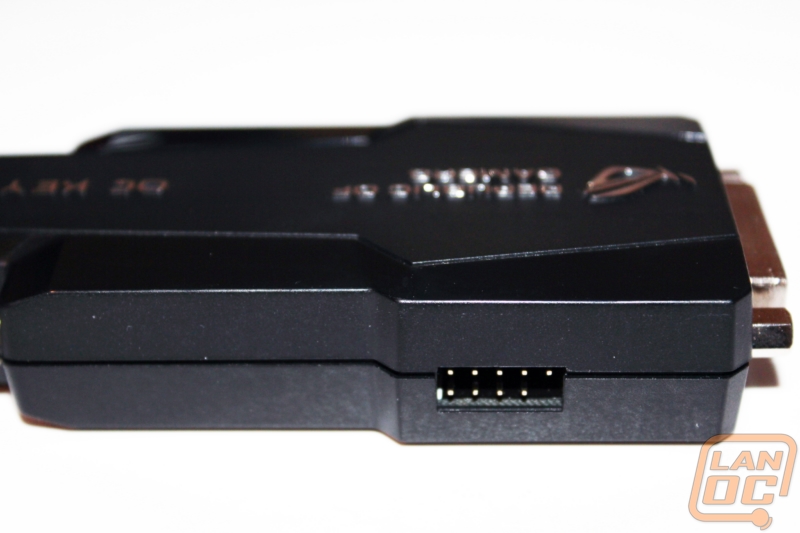 And finally we have dug through the first box onto the second box with the board in it. As you can see the window is built into this box. But why wait any longer, lets dig in! 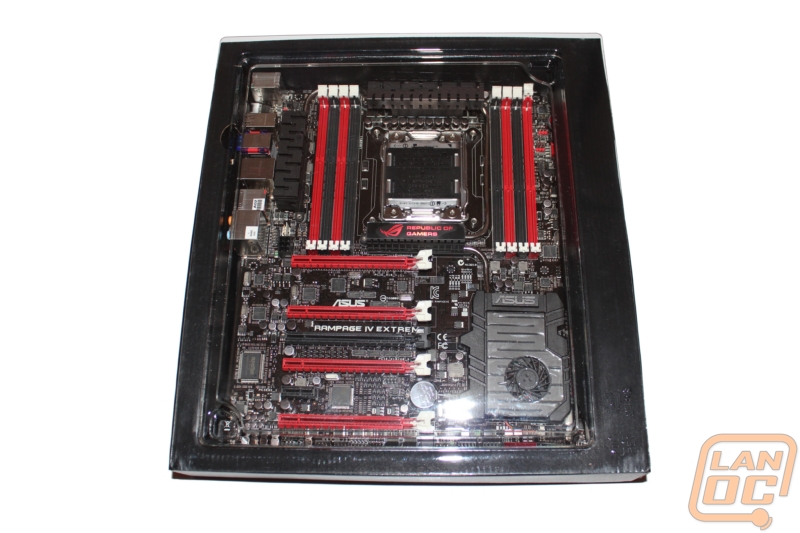