For my performance testing, I had to look at things a little differently this time around. A lot of the benchmarks that I have been using on Android phones don’t have comparable tests on iOS so my benchmark results are a lot thinner this time around. That said there were still browser based tests and a few like 3DMark that are on iOS so let's take a look.

All of the browser based benchmarks that focus on Java performance worked including a few of the tests I only recently added. Each of the benchmarks went smoothly and the results below were all done using Safari for a browser where on android I always use Chrome. The iPhone 7 with its A10 Fusion chip with 64-bit architecture and embedded M10 motion coprocessor completely blew every single phone I have previously tested out of the water in the Java tests. So much so that it was a little concerning and I thought maybe it was related to testing with a different browser. I retested using Chrome for iOS but the results were close to being similar. Safari was faster than iOS chrome though for the record. 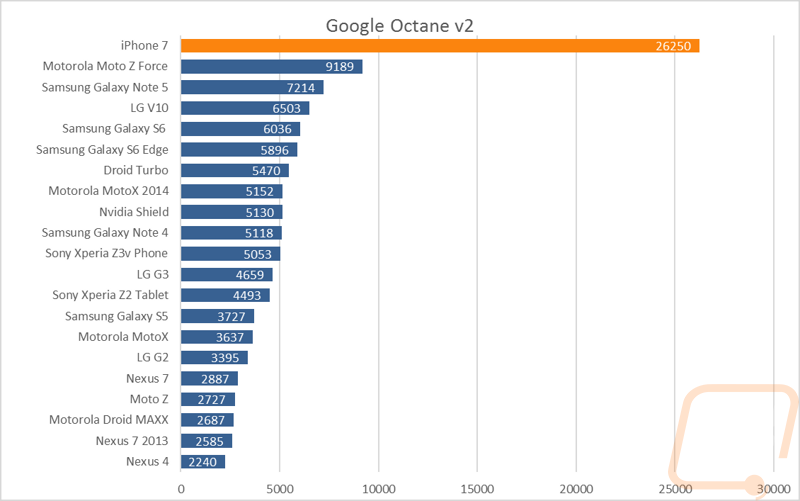 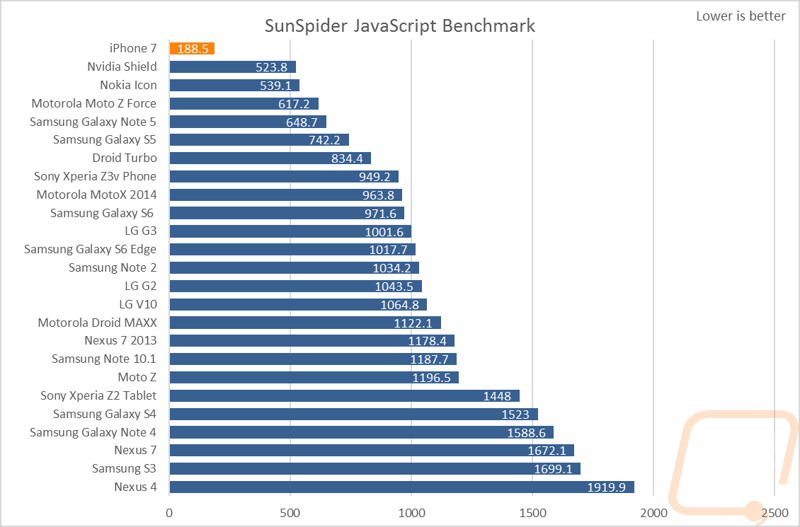 Next, I wanted to test out overall gaming performance for non-java based games so I tested with 3Dmark. The app for iOS was a little different and they have split up each of the tests into different app downloads where Android uses one app and 3DMark is able to download each test inside of the app. The results for the Ice Mark test weren’t as polarizing as the Java tests, most likely due to this specific test being run in unlimited mode that doesn’t test at the phones resolution to even the playing field. That said the iPhone 7 did still top the charts by a large margin. The new Sling Shot test was a little confusing as well because the Android version has both ES 3.0 and ES 3.1 tests but iOS just had one test and they don’t tell you what ES version it is. After researching, I did find that it is ES 3.0 though. Here once again the iPhone 7 was close to the Moto Z that I recently tested, but still topped the charts. 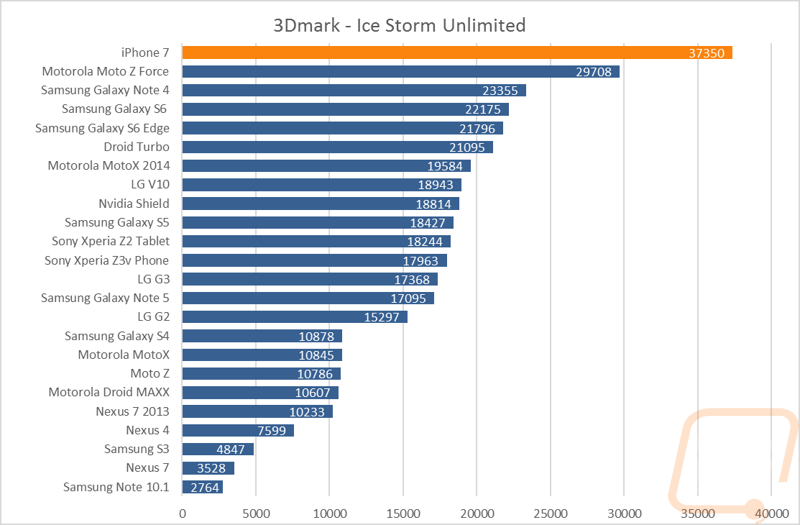 For my last comparison test, I used Basemark OS II to get a general performance benchmark. This really ended up being no different than the others. Once again the iPhone 7 stomped everything but the Moto Z and topped the charts with a large margin of victory.

I didn’t have any numbers to compare with, but I did run a few more tests using Antutu and Passmark to fill out the rest of our results as much as possible. Normally I look at CPU specific performance in single and multi-threaded situations but there wasn’t a comparable test on iOS. For storage performance, Passmark did test the built in storage but I couldn’t put them with previous tests due to it not being the same benchmark. That said the iPhone 7’s storage is extremely fast with read speeds up into the 700+ Mb/s and high 300’s for write speeds. The last benchmark I had to skip out on was battery performance. In the past, I have used PCMark’s benchmark for this but it is still not available on iOS like Futuremark had promised. Apple says the 7 has 2 hours of additional life over the iPhone 6 but as a new user that didn’t help me at all. I will say that in my day to day testing the iPhone 7’s battery life was less than a few of the phones I have tested with extended battery life but still enough to get through the day and night anytime I have good reception. In times where I was in a metal building or at the Ohio State game where reception was an issue it went through the battery much quicker and I had to be careful. 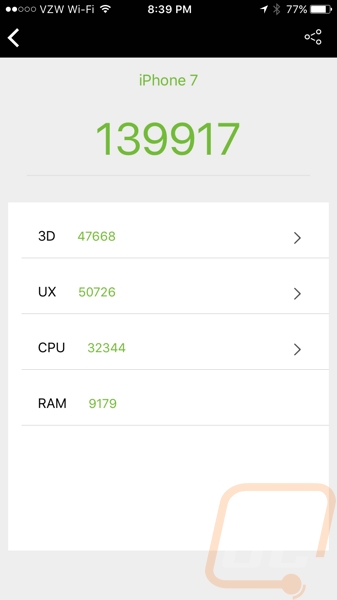 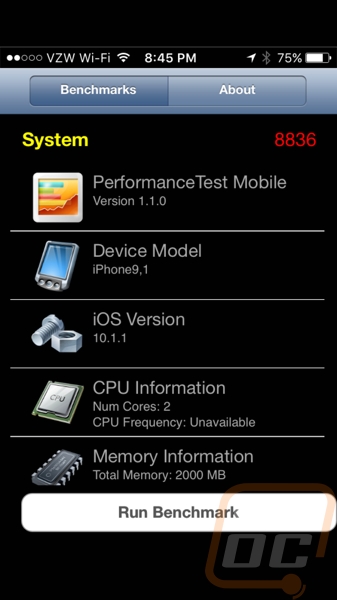 We have 1380 guests and no members online