Let’s just get to the elephant in the room right off. The elephant being this gigantic phone we have sitting here. Unless you are coming from a tablet, the Note 2’s size is going to be the first thing you will see. At 5.94x3.16 it’s considerably larger than any other phones on the market.  Our phone came in white, but you can also get the Note 2 in a Titanium Gray color currently. There are rumors of more colors including black upcoming, but as of right now we are limited to those two colors. The white color looks great though and is a nice change from the typical black phones that we see. Unlike my Nexus 4, the white color makes it very obvious where the screen ends, that is the one thing that I do like about a black phone. 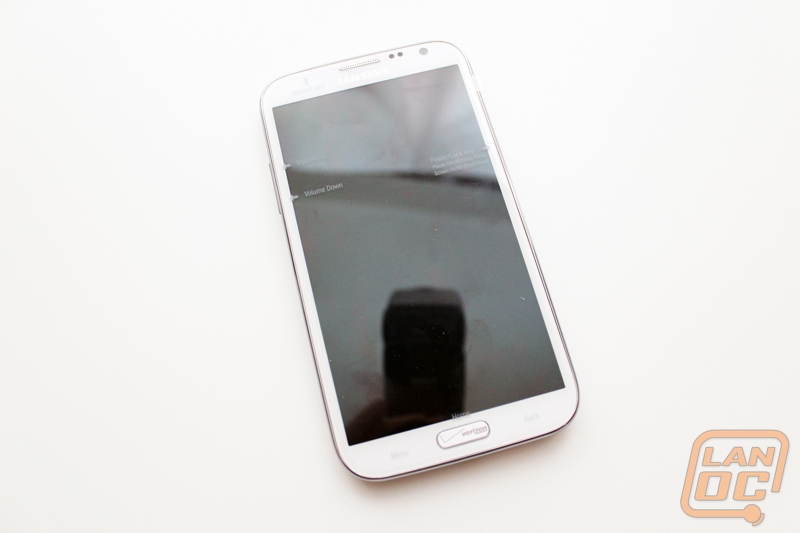 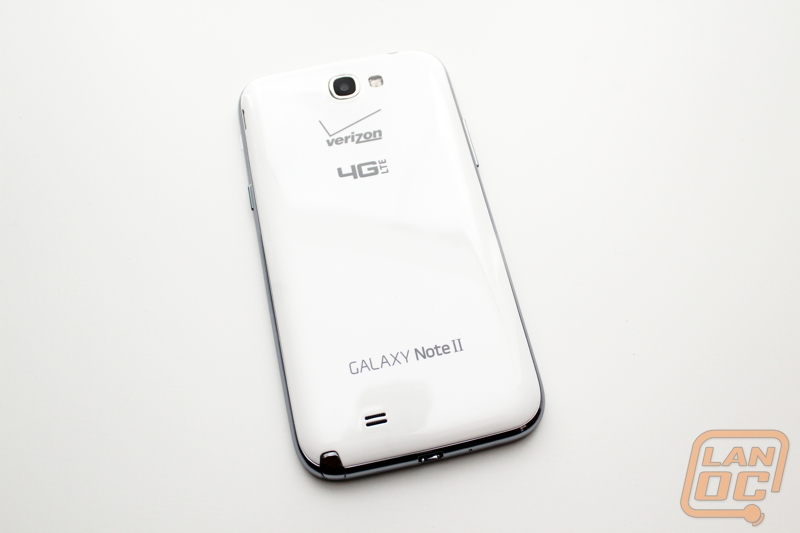 Starting on the front of the phone right up top there are three dots and the earpiece of the phone. I love the chrome finish of the earpiece: it goes great with the white finish. The three “dots” to the right of the earpiece are the RGB light sensor, proximity sensor, and the 1.9MP front facing camera. There is a forth dot hidden on the left side of the earpiece under the white that houses the full color LED for notifications as well. We all know what the front facing camera and proximity sensors are for, but what the heck is the RGB Light sensor? This is a new addition that watches your ambient light in full color to help adjust your screen brightness better. This is said to improve how well the phone adjusts to fluorescent lighting for example. Down on the bottom half of the front of the phone we have a Verizon branded button that functions as home button. To the left and right there are hidden buttons that light up as well for menu and back. The order of buttons from left to right is menu, home, back. This is a little different than what you will see from a stock Android phone for example (back, home, menu). 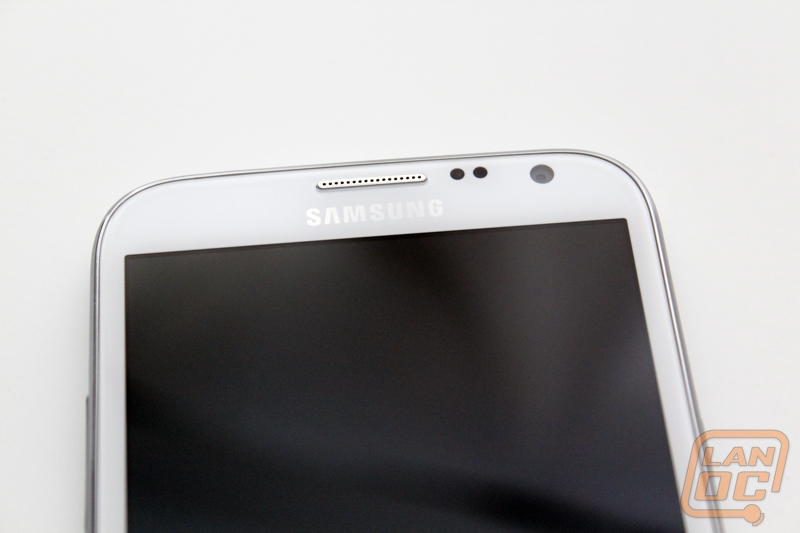 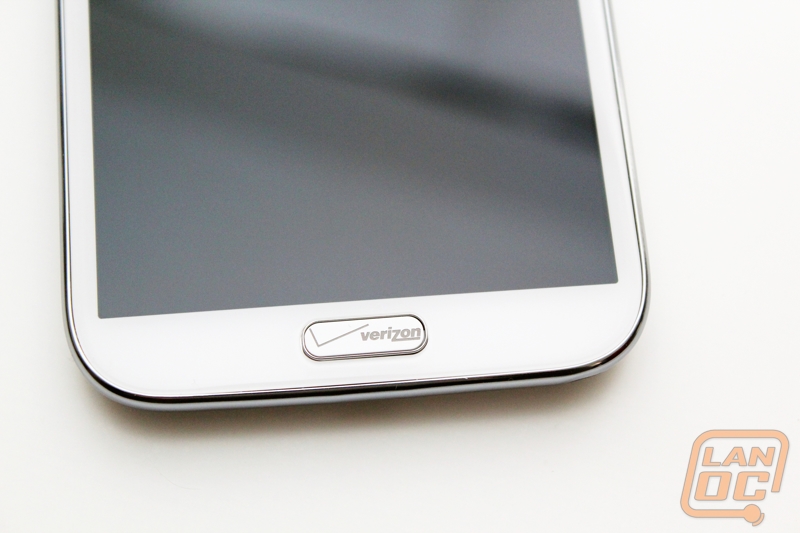 Around back, there are a few things going on as well. Up top we have the 8.0MP rear facing camera and the LED flash as well. Verizon has its branding here along with a 4G logo also. Down on the bottom half we have two vents for the phones speaker. We have the Galaxy Note 2 logo as well, it’s a little more muted than Verizon’s branding. Then down on the bottom edge we have the phone’s built-in stylus. I love that the Note 2 comes with a stylus, and this of course is how the phone got its name. You can slide it out by sliding your finger nail in between it and the phone itself; otherwise it blends in well with its chrome finish that matches the chrome finish around the end of the phone. Also on the bottom edge you have the micro USB charging connection and a small pinhole for the microphone as well. At this point everyone is used to having micro USB charging ports on their phones, but I just wanted to point this out again. This is much more convenient than what you find from some tablet manufactures and Apple as well. Having multiple devices in a house or office, it’s great to be able to share a charger, even if you don’t have the exact same device. 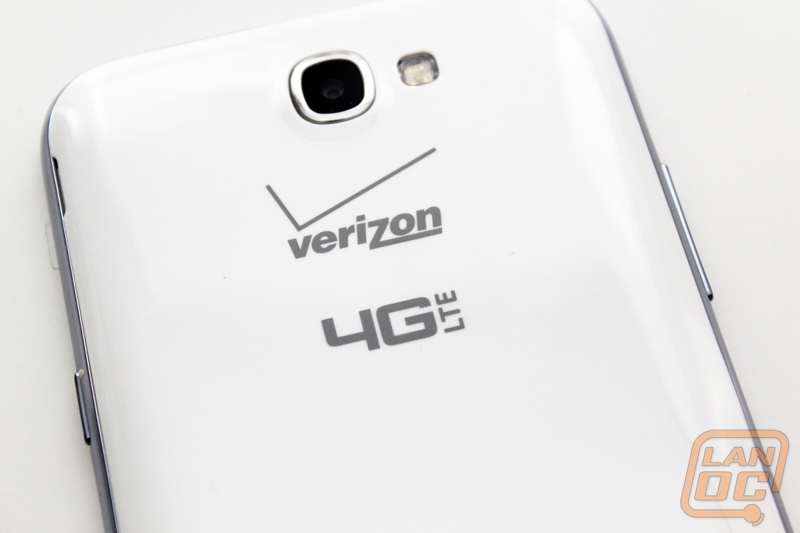 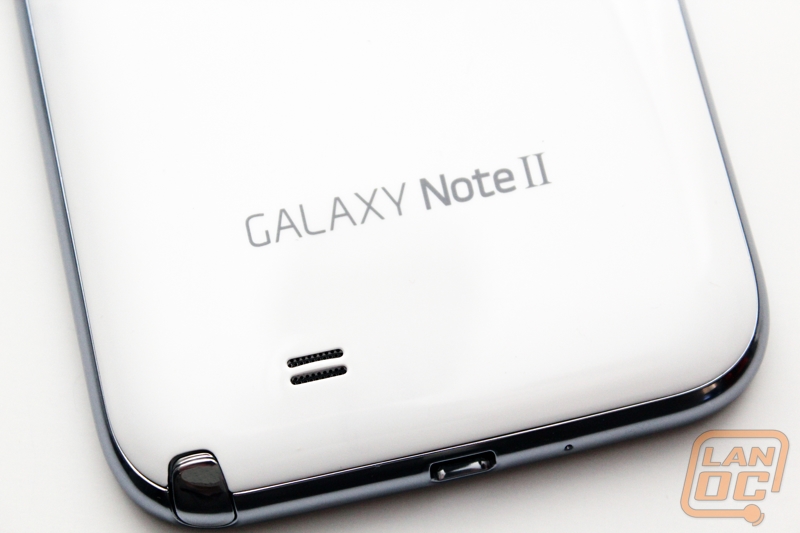 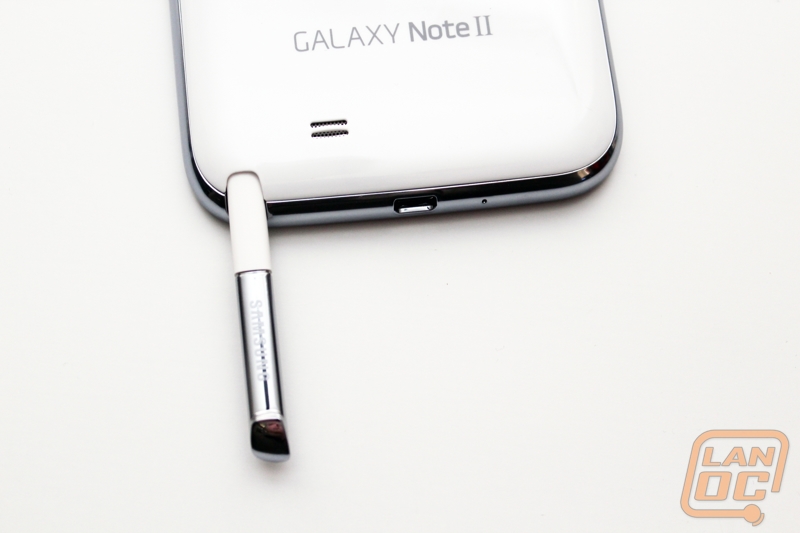 I already mentioned the chrome finish around the outside edge of the Note 2 but if you look around that edge you will find a few other tidbits. For example, on the left side of the phone you will find the volume up and down buttons, they are also chrome finished plastic just like the ring around the phone. The power button is on the right side of the phone and also has a small power logo next to it as well. It’s worth noting that both the power and volume buttons are mounted a little lower than normal; something that I’m sure Samsung did to make them easier to reach due to the Note 2’s size. Up on top of the phone you have the headphone port and another microphone port. 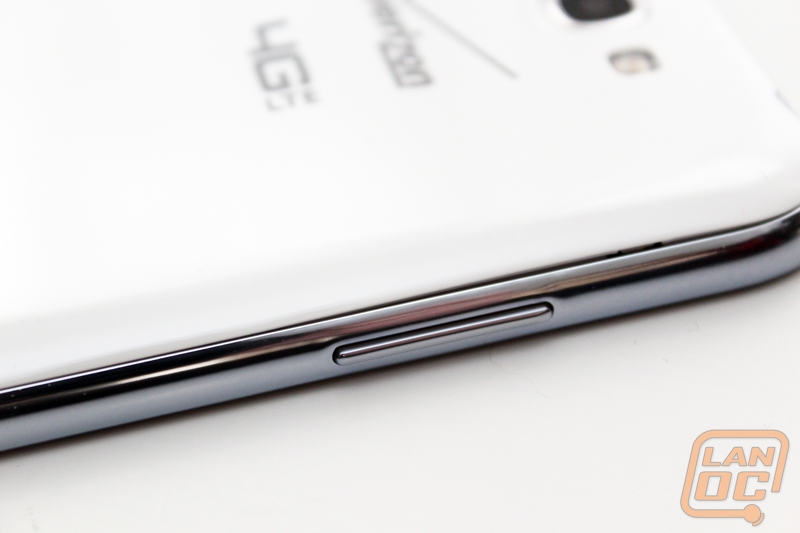 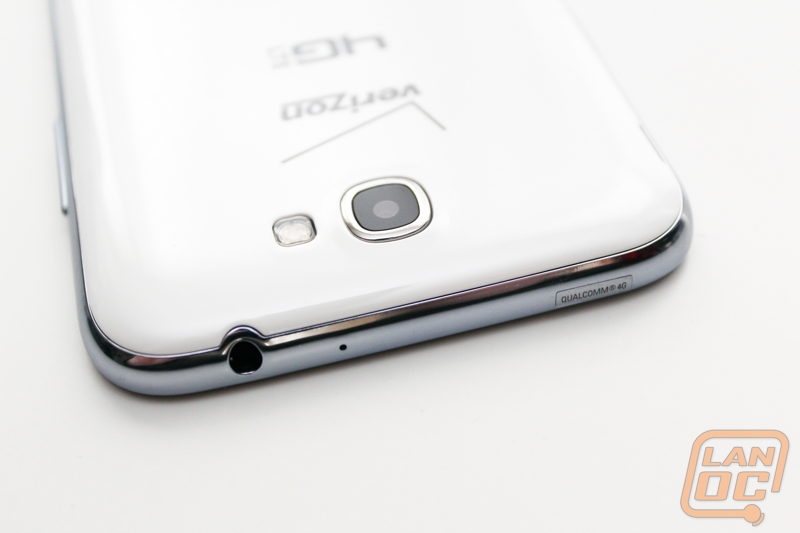 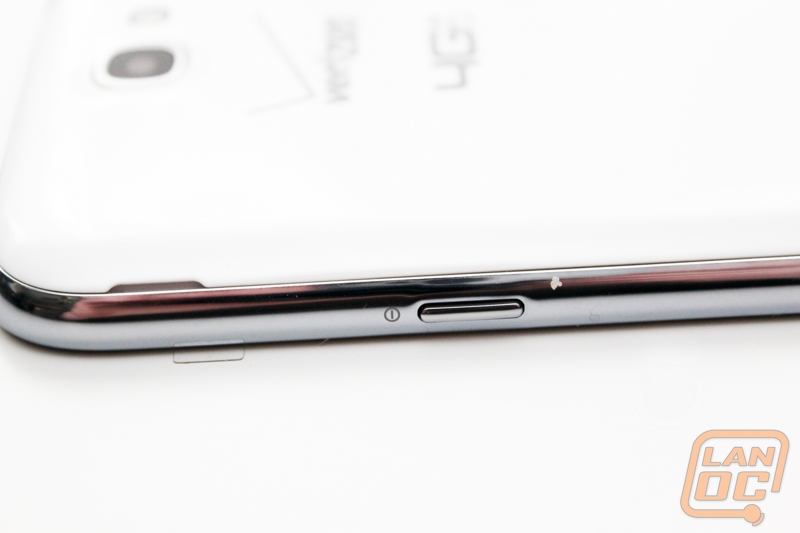 If you haven’t played with a Samsung Galaxy Note 2 or S3, there is something very interesting about their back cover. Sure the plastic may not really make the phone feel of the highest quality, but it sure is durable. You can take the rear panel off and literally bend it into any shape you want without worries. It is very thin but resilient plastic. Under the cover we can see the phone’s 3100mAh Li–Ion battery to power its extra-large screen and 1.6 GHz quad core CPU. You have microSD and sim card slots, this is a global compatible phone meaning you can use it on GSM networks overseas when traveling. 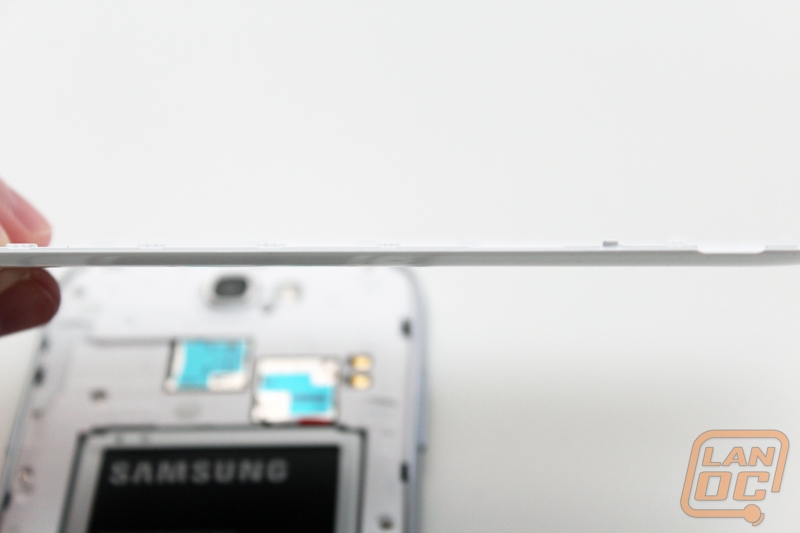 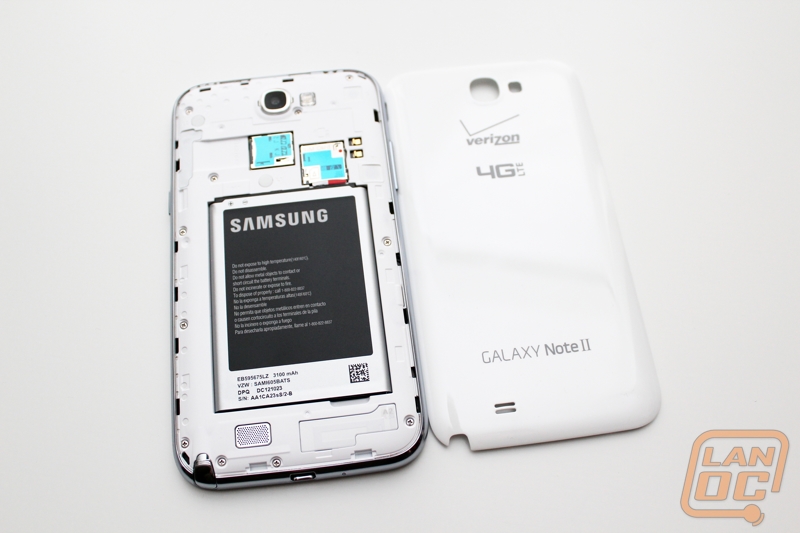 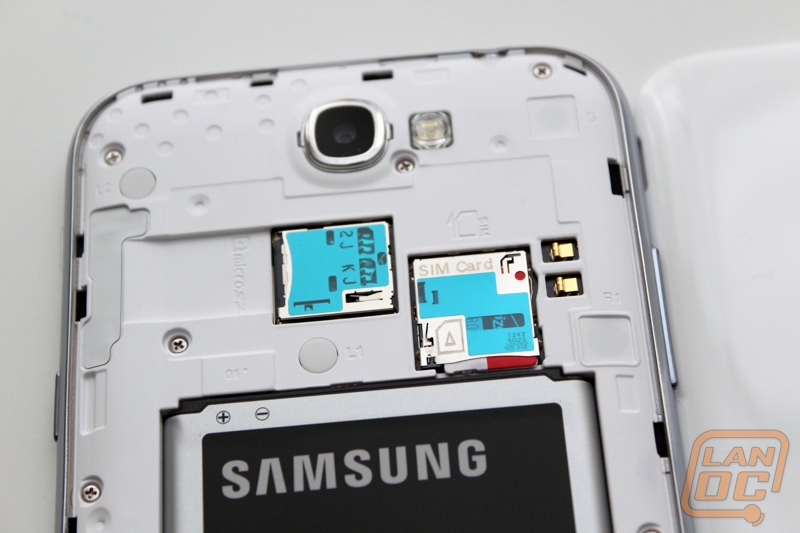 Booting the Note 2 up for the first time we are greeted immediately with the Samsung Galaxy Note 2 logo that leads into a Samsung animation. I love that they keep it simple here and show the model name right off the bat. After that, we get a colorful splash screen for Verizon’s 4g as well; obviously models from other carriers will use this space to drop in their logos. 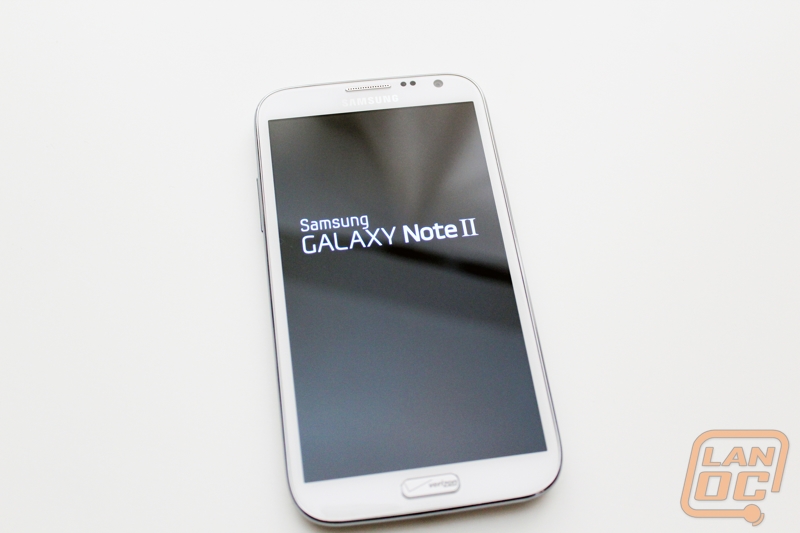 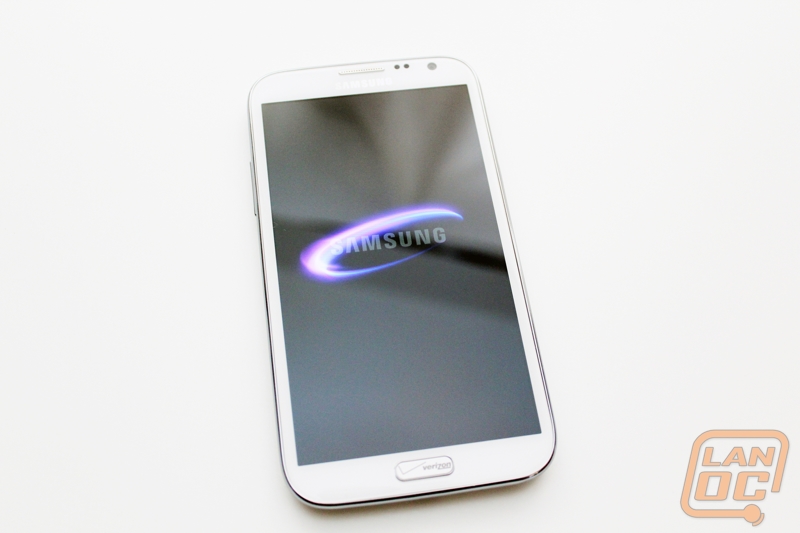 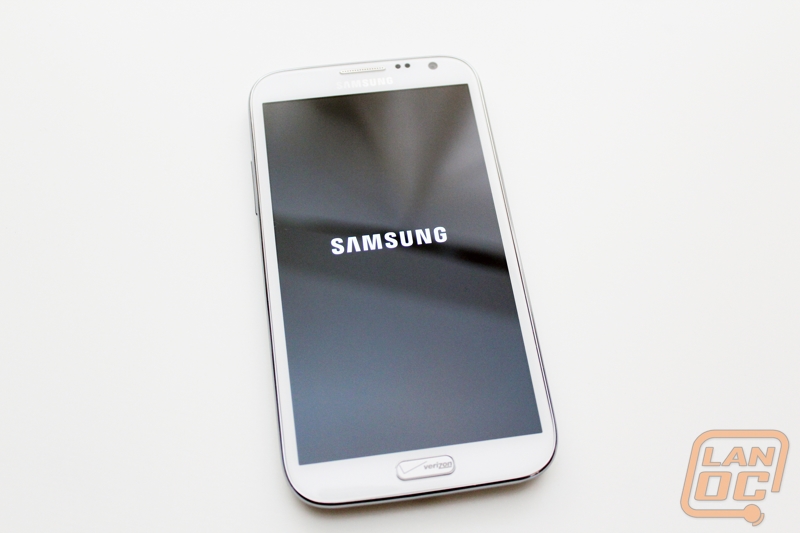 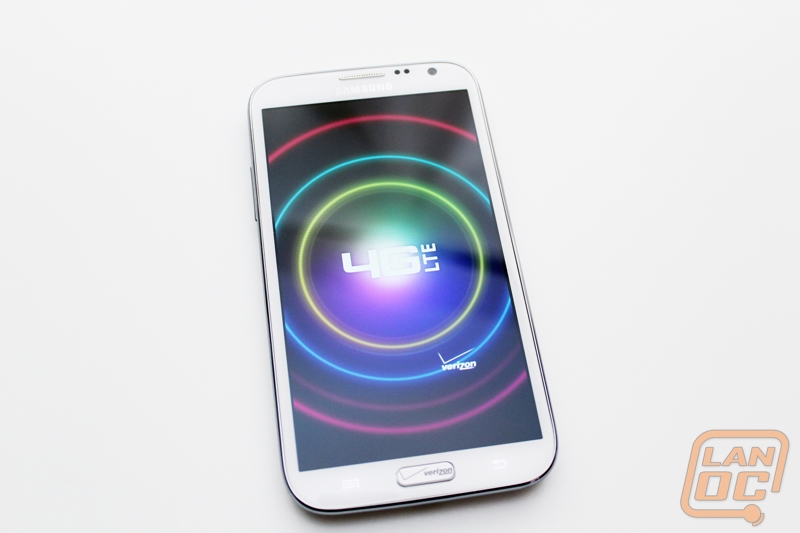 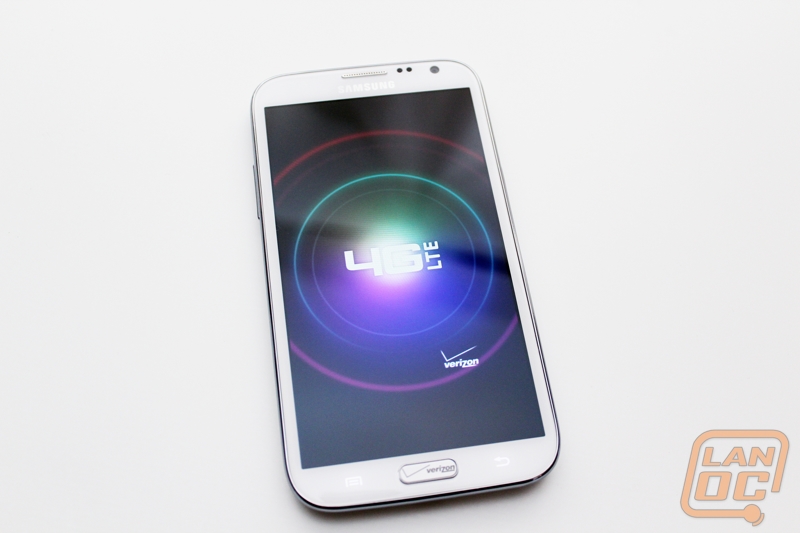 Frankly everything looks in proportion on the Note 2 when you see it in photos. To really get a feel for it you need to get it in hand or put it up next to something. We put it up next to the Google Nexus 4, with a 4.7 inch screen itself it’s not really what most would consider a small phone. But next to the Note 2 it looks tiny. The Nexus 4 is a small amount thinner as well but it is so close that you can’t really see it in our photos. Comparing the two side to side, the Galaxy Note 2 feels plasticy and cheaper than the all glass Nexus 4, but on the other side of that I didn’t feel like it would be as easy to bring the Note 2. 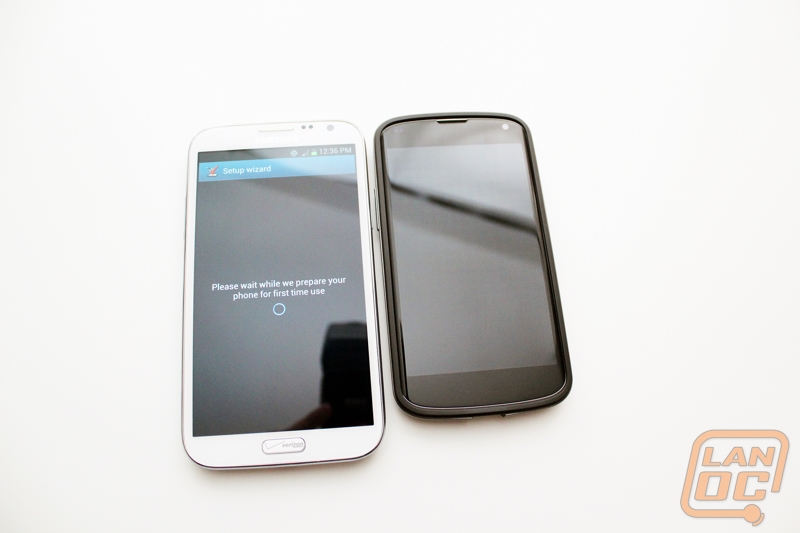 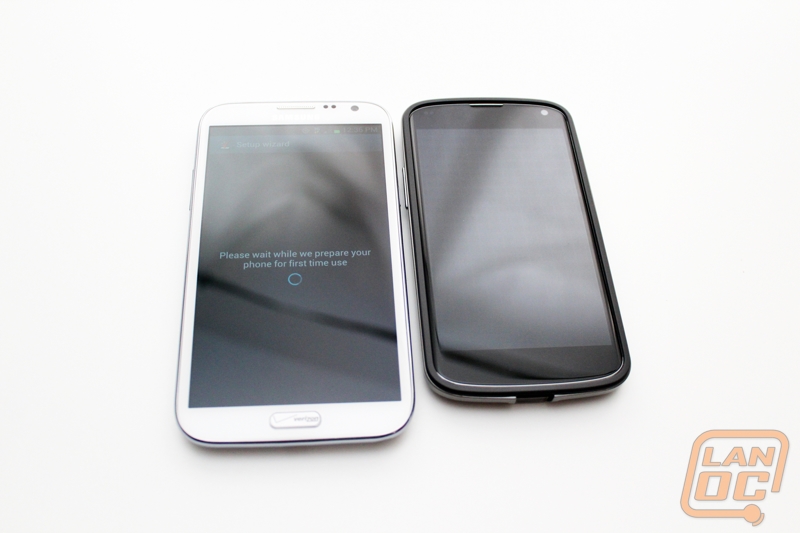 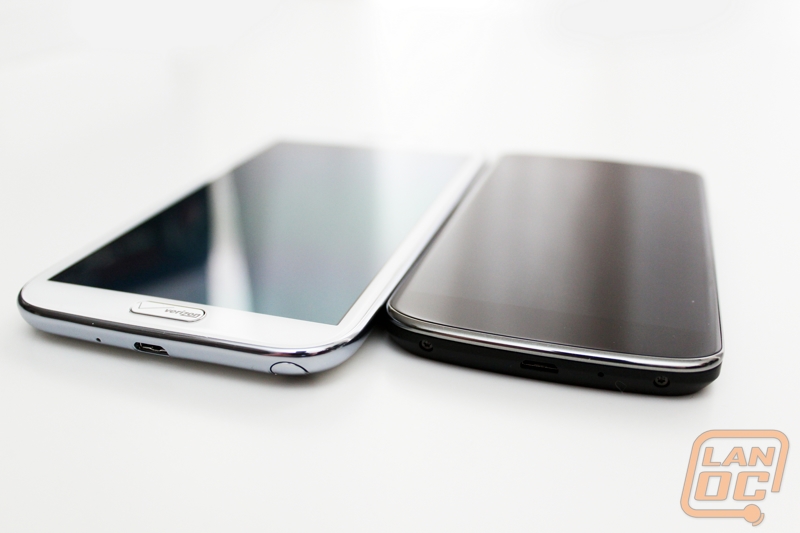 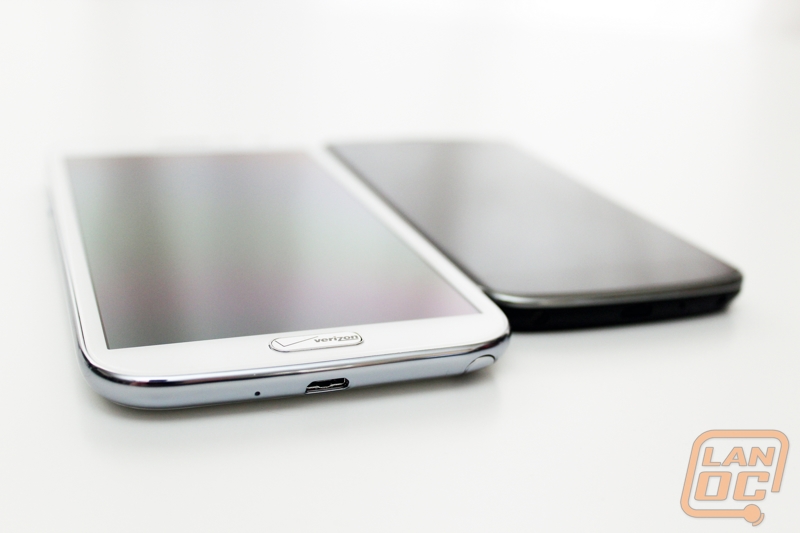 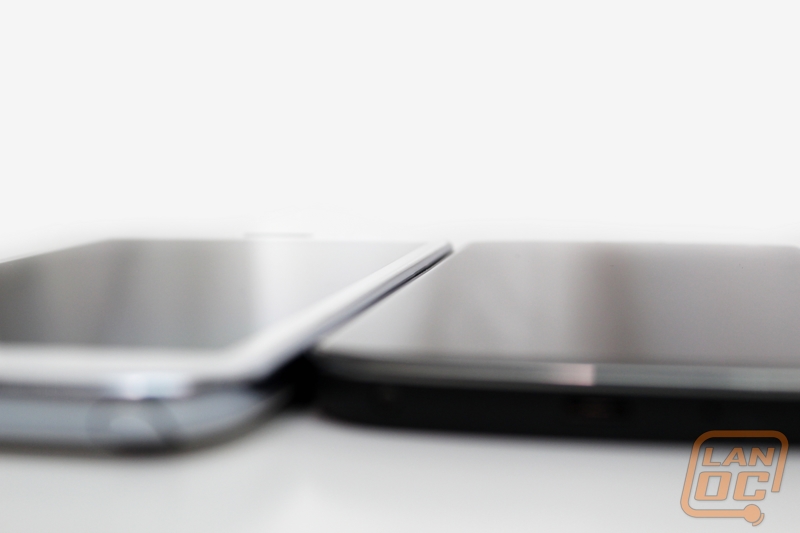 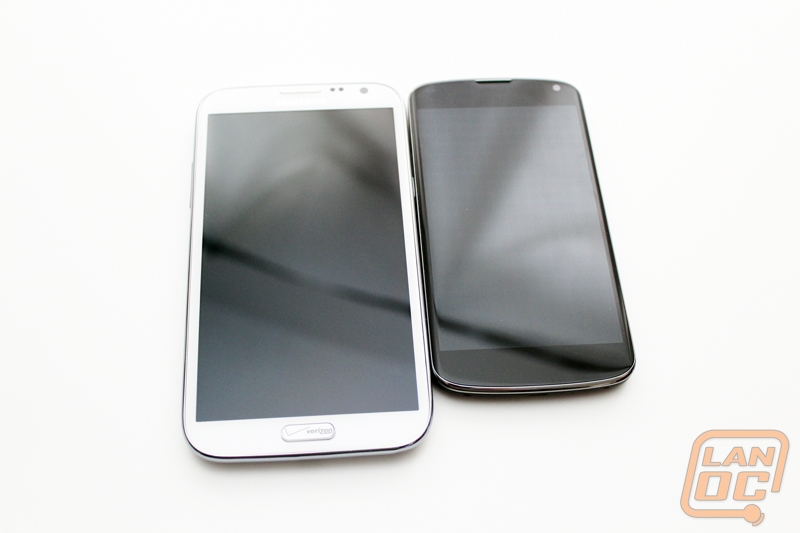 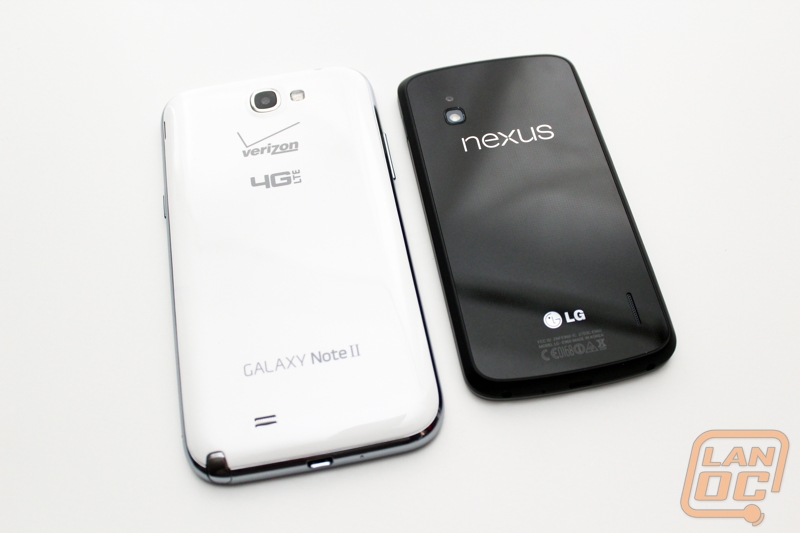