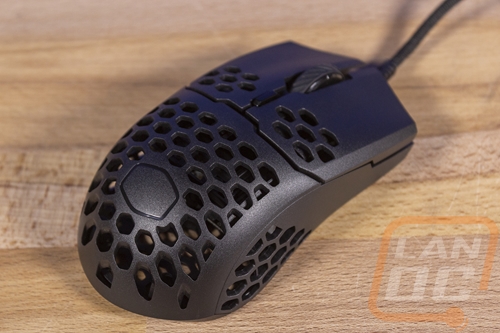 For testing of the MM710, I swapped it out with my regular mouse and have been using it while gaming and working daily. This has mostly consisted of playing Control, photoshopping, writing, and, web browsing. This has allowed me to get a feel for the new mouse including its tracking, comfort, and other aspects.

So when I hooked up the MM710 there were two things that were extremely noticeable. That ultraweave cord is very soft and flexible. I’ve been working a lot on my test bench and I have had a mouse for that on my desk as well and the cords couldn’t be more different. The Rival 700 has a stiff cord with a rough texture on the sleeving where the MM710 is the opposite. Next to each other you can touch or push on the Rivals cord and it moves the mouse around because there isn’t any flexibility wherewith the MM710 if you grab the cord 5 or 6 inches away you can move it all around and push at the mouse and it doesn’t move the mouse at all. Comparing the M710 and the Rival 700 couldn’t be more to the extremes when it comes to weight as well. But the funny thing is I normally use a Logitech G Pro Wireless or G Pro Wired which are both very lightweight as well but swapping to the M710 is a little jarring, its official weight is 53 grams though our scale showed 56 with some of the cord weight. At this weight you can barely feel the mouse. It is 27 grams less than the GPW and a whopping 83 less than the Rival 700. Its no wonder why swapping between them while testing has been so noticeable lol. 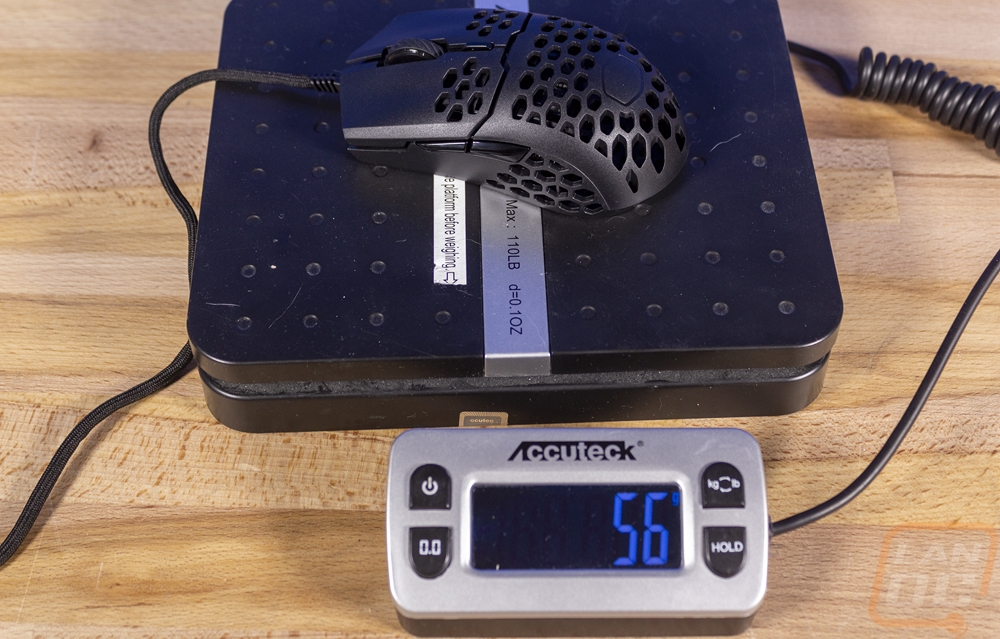 The PixArt PMW 3389 sensor was a good pick. The 3360 which it is based on has been popular for a long time and both are considered to be flawless sensors. One of the big improvements on the 3389 is that it can be adjusted in DPI in 50 DPI increments where the 3360 is in 100 increments. Cooler Master didn't get that detailed in their software, adjustments are done on every 100. But you can change all of the default DPI settings as well as program what the buttons do and anything else you might want like lift off and angle snapping settings. 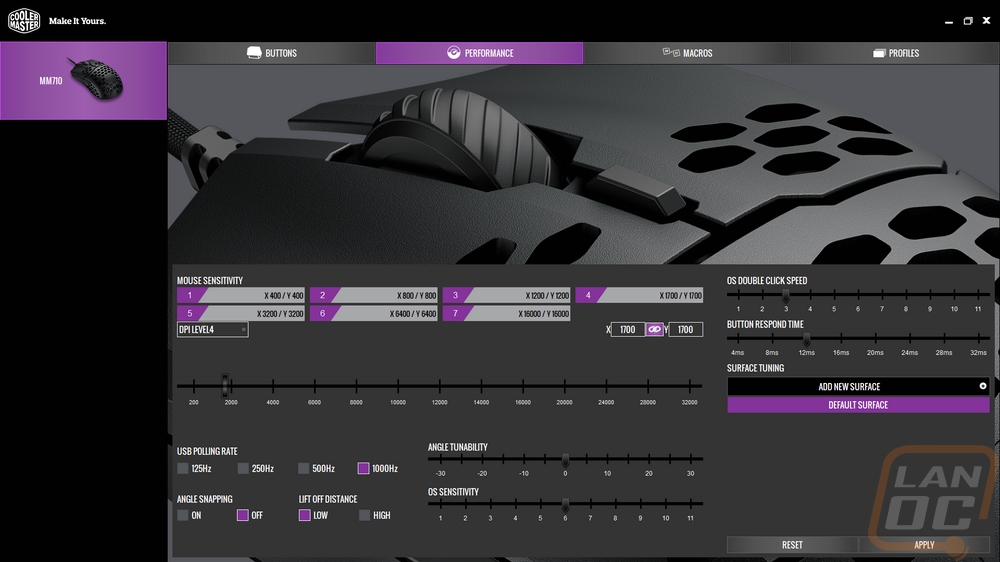 For me, comfort is paramount and while I don’t normally prefer a claw grip mouse I found the MM710 comfortable and I have larger hands. I was concerned with the side grips not having much texture and only a small coke bottle shape to allow me to grip but as it turns out the back part of my thumb landed on the honeycomb cutouts and they provide a really good grip. The OMRON 20 million click switches were very solid and I had no trouble with them in my testing. Not to mention how much I love the solid click and louder noise they have. The scroll wheel also didn’t give me issues. CM did reach out as some samples had a scroll wheel rattle but I didn’t have that issue. Not to mention rattles are rarely an issue for me anyhow because I don’t pick up my mouse and shake it hard when using it.

We have 1600 guests and one member online