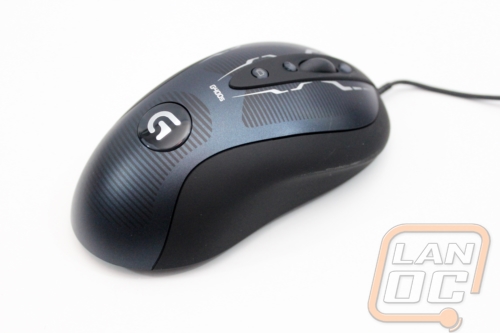 Although the G400s is sporting a fresh paint job with its blue finish with black stripes and the new style Logitech emblem as well. If you ignore the fresh paint you can still see the same G5 that everyone loved so much. This is the same design from all of those years ago with the exception that it does incorporate the dual side button design that Logitech introduced on the second version of the G5. The outside finish on the G400s is the same rouch back texture that they have always used as well. This isn’t a bad thing though, there is a reason that the G5 was so amazingly popular, it’s a great mouse. 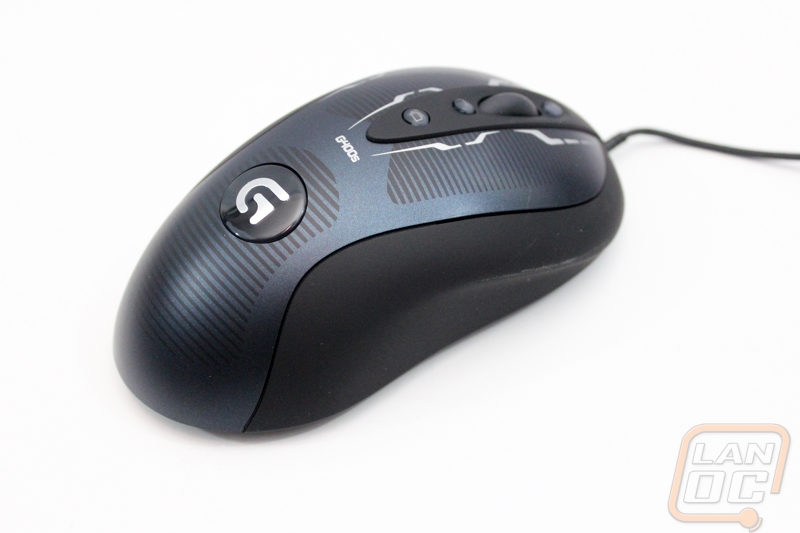 The best way I can describe the shape of the G400s is that it is bubbly while still being ergonomic. Every part of the mouse has large radius curves giving it the bubbly look. Normally when I think of bubbly I would think of of a large mouse but the G400s is the perfect size to fit a wide range of hands. For some like me who have larger hands it’s a little smaller, but it still works well. This is great because large mice just don’t work for people like my wife with smaller hands and my big hands will cramp when using a mouse that is too small. Logitech found the sweet spot that Steel Series is also in with its Sensei and Microsoft was in with their Intellimouse. The mouse does angle to the right slightly because it is design for right hand use. On the left side you will see a scoop out of the side for you to put your thumb in when you aren’t pressing buttons with it. That scoop should make the G400s easy to pick up for those of you who lift your mouse while gaming. 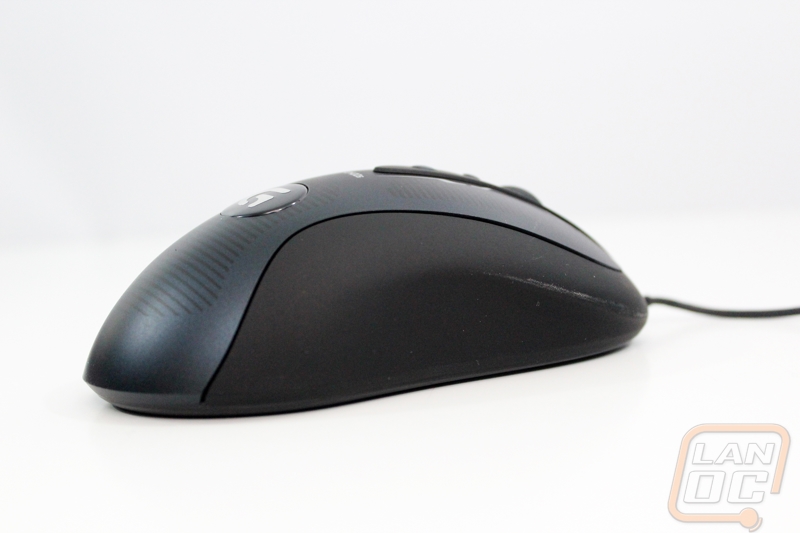 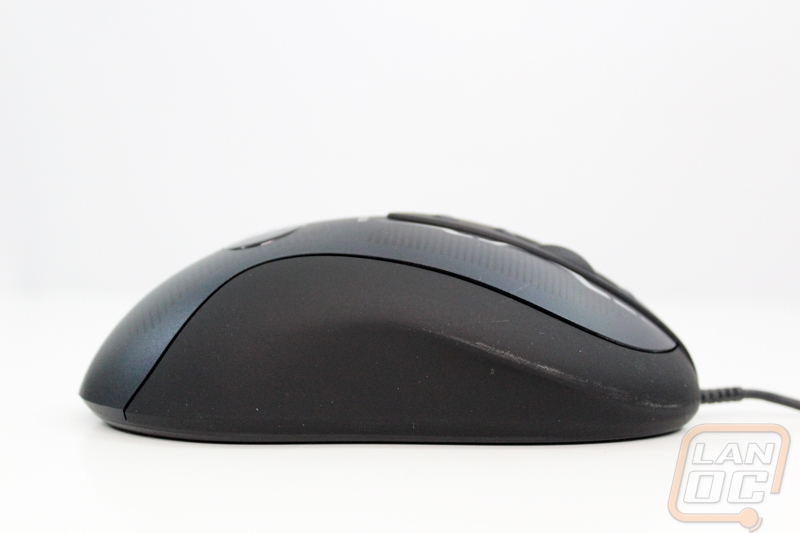 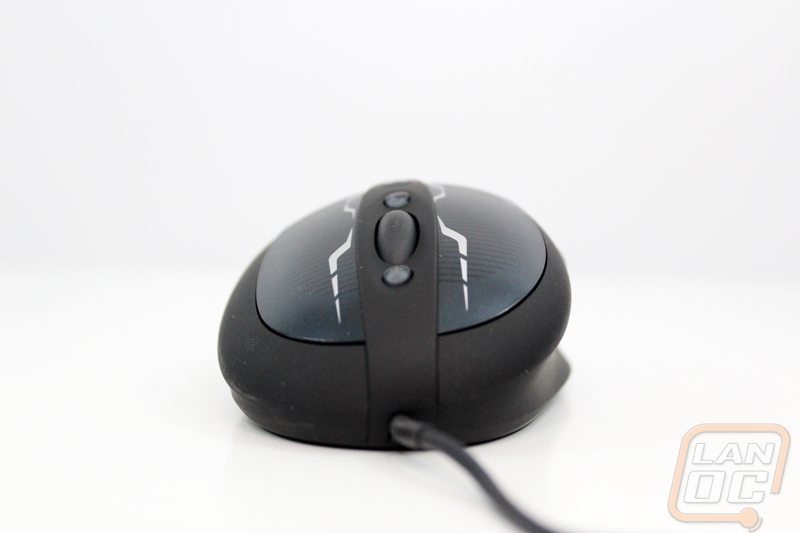 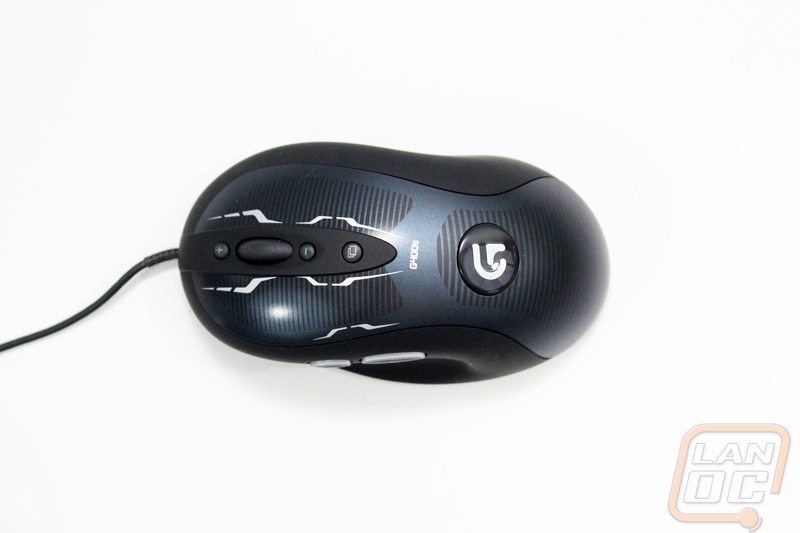 Just above the thumb “scoop” you will find two programmable buttons. The button that is slightly farther back is longer making it easier to reach for all hand sizes. Up on top you have up and down buttons to control the mouse DPI as well as a profile switching button. All three can be reprogramed to be used for other functions in the software, perfect if you need another button to macro or use in game. The scroll wheel looks the same as the G400 and G5 before it as well. It has a rubber finish without any texture carved into in. As usual Logitech included left and right clicking ability in the scroll wheel on top of the standard click when you press down on it. Lastly of course you have the left and right mouse buttons that are built into the top panel of the mouse. 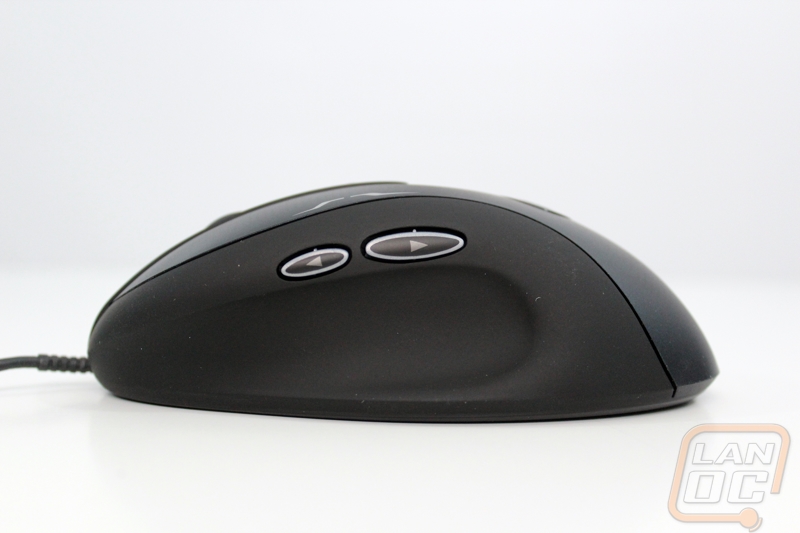 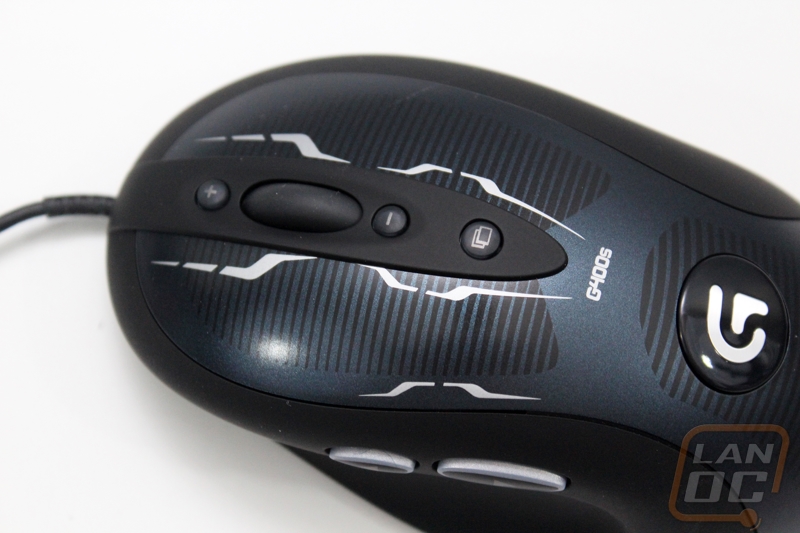 Even the underside of the G400s has the same foot design from all those years ago. It worked great then why change it right? That means all of the replacement feet available for the G5 should also fit the G400s, you might find a few for really cheap in the discount bins considering their age. For its sensor, Logitech went with the Avago ADNS-S3095, this is the only big change from the original G5 really as it used the 6010. The G400 used the 3095 so here is a slight difference from that model as well. 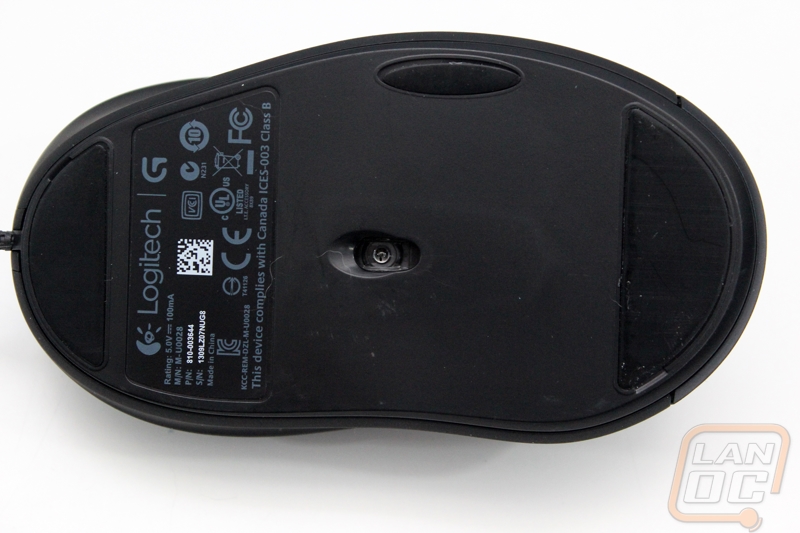 Unlike most other Logitech mice and even the old G5, the G400s’ cord lacks a sleeving on its exterior. To some people this might actually be an upside, because a sleeved cord rubbing on the edge of your desk can be distracting. I don’t think its to big of a deal though and it does save a little money on the mouse as well. The cord is more than long enough for nearly any situation as well. 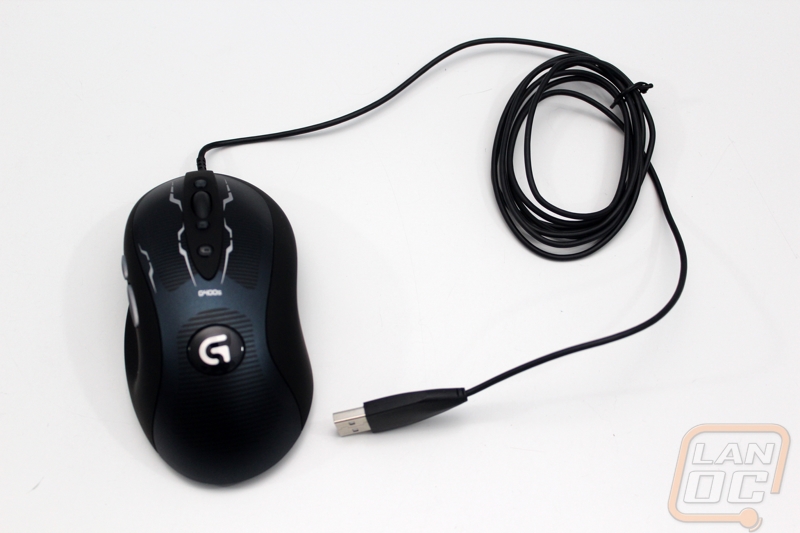 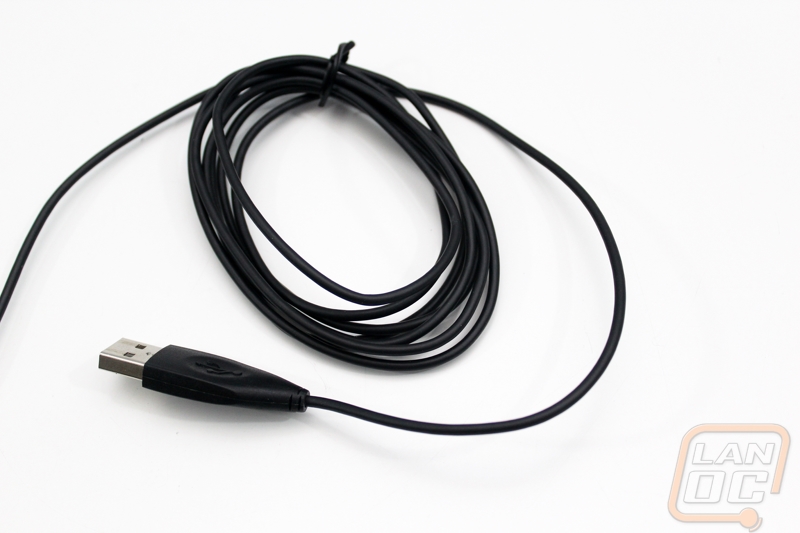 We have 1101 guests and one member online