The Level 10 Mouse’s cord has a braided outside covering to protect the cord. I love that Thermaltake included a Velcro wire tie to keep the cord from being a mess all over your table. The USB plug is interesting also, for one it comes with an attached cover with the Thermaltake dragon logo. It also has an interesting hollowed out section that showed the braided cord going through the connector. 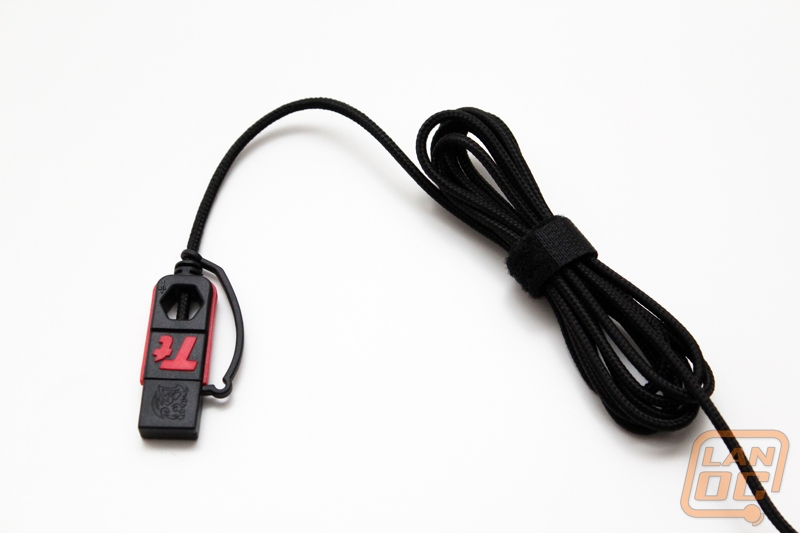 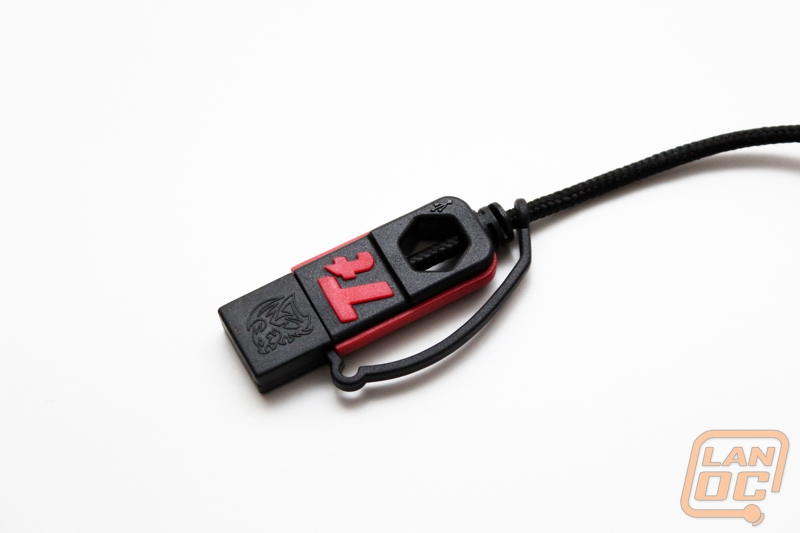 One of the Level 10 M’s features is the entire base and sides are made out of one piece of aliminium, much like the Corsair mice that we recently took a look at. What is especially interesting about the base is that the section on the end extends out past where the rest of the mouse ends. There are feet on the mouse in five locations including on that extension, the largest feet being the front and back. 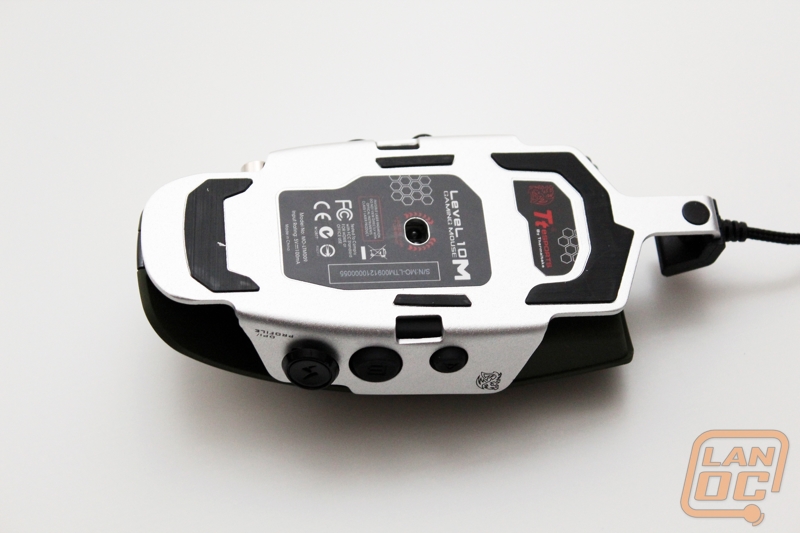 The bottom plate of the mouse comes up on both sides to also hold all of the side buttons. Each side has two buttons, one large and one small dedicated for use. Each is labeled A-D with a fifth button on the left side. That Fifth button is actually a direction pad that switches between your profiles and also the DPI.

This view also shows the other key feature of the Level 10 Mouse, its floating top section. I will go into more detail on it later though. 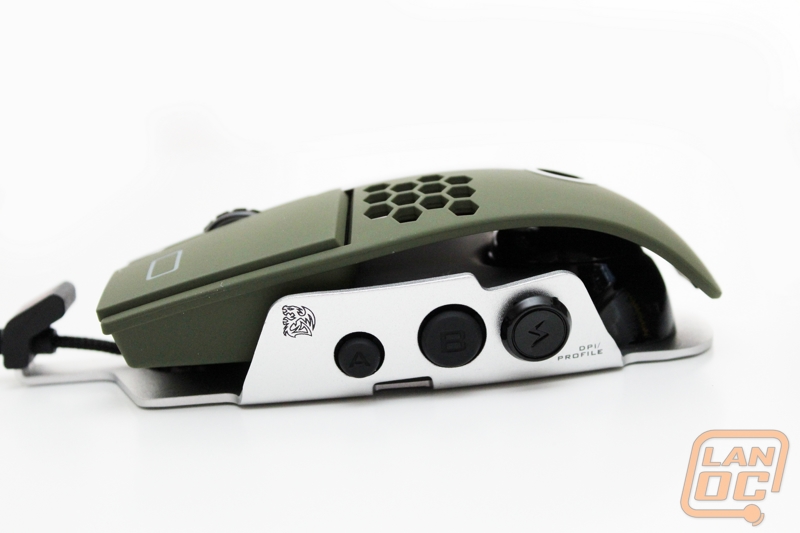 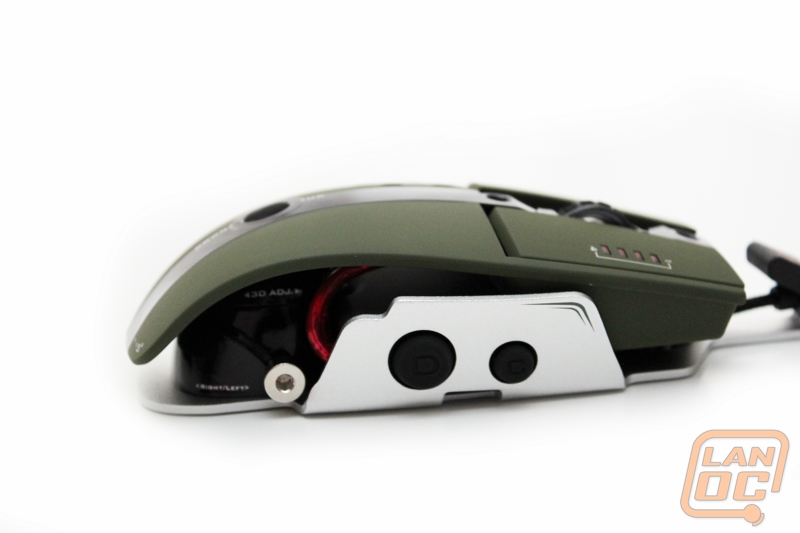 This is a great view of the Level 10 M’s two triggers and scroll wheel. The right trigger also houses the LEDs that show what DPI setting the mouse is currently set to. You can also see that the green coloring is split up by the black strip that houses the scroll wheel. They did things a little different here by including a recessed area around the scroll wheel to keep your finger from rubbing on the mouse itself while scrolling. 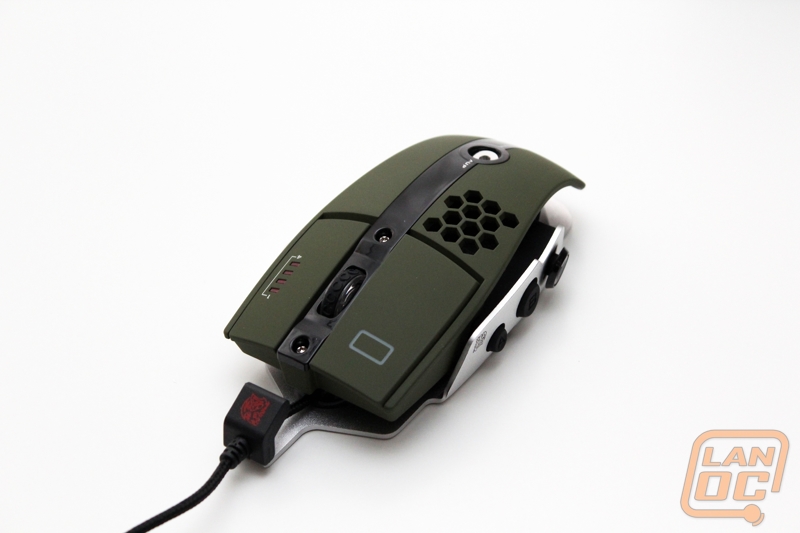 I mentioned the floating design before. It is one of the features that Thermaltake talks about with the Level 10 mouse, it is both aesthetic and supposedly (until we try it) functional. The reason they say this is functional is because it should keep your hand cooler when gaming. They included the perforated section on one side that lets you look through the mouse at a Thermaltake logo, but the main reason this should keep your hand cooler is the same reason those of us in colder states see signs on bridges about them freezing first. The idea is that breathing room directly under should allow the heat to dissipate quicker. 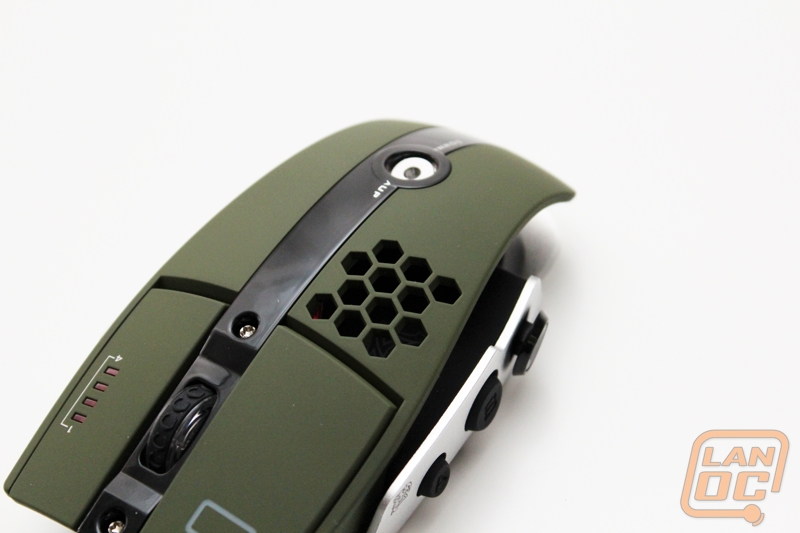 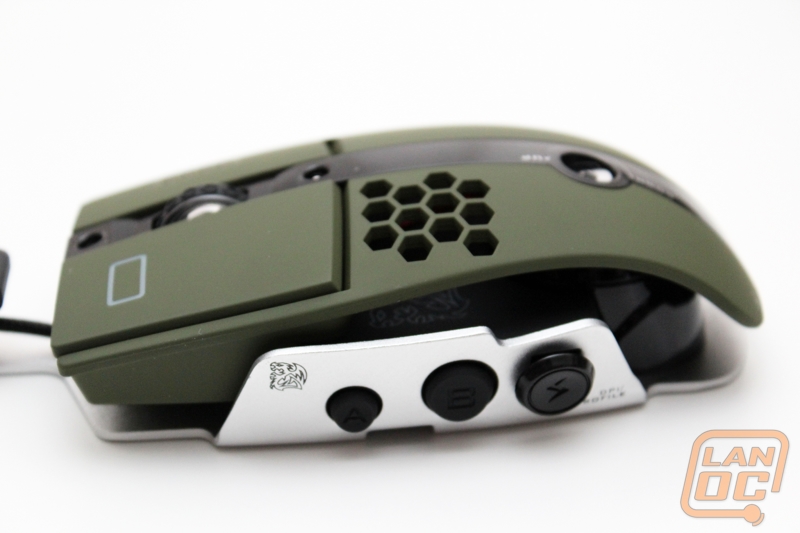 The floating top also has the additional side effect of allowing you to adjust a few settings for better comfort. Using the nut on the top of the mouse with the included tool you can adjust the height up and down. There is a second adjustment point on the right side of the mouse that tilts the top up to five degrees in both directions. The tilting is something we don’t normally see, but we have seen other mice like the Cyborg mice that allow adjustments. What I did find disappointing is that the tool for making those adjustments isn’t kept with the mouse; you have to store it in the bag they included with the mouse. The Cyborg mice have the tool mounted directly in the mouse itself and it is more convenient.

A small side note, I love the two wires you can see that run under the mouse on the right side. Because the top section of the mouse basically floats, these two wires house a bunch of wires that go to the two triggers, the scroll wheels, and lighting. Another example of this floating design is that the braided mouse cord runs under the floating section into the box next to the side buttons before being hooked to anything. Normally a mouse cable would just go into the front of the mouse and vanish. 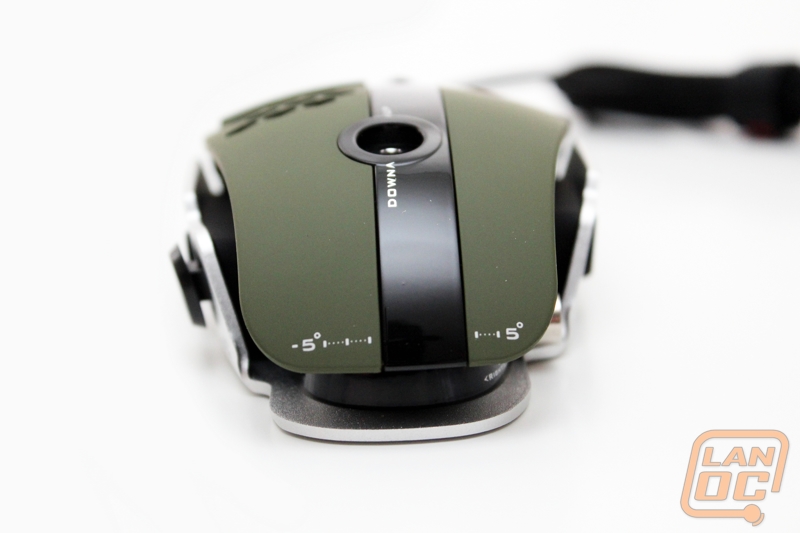 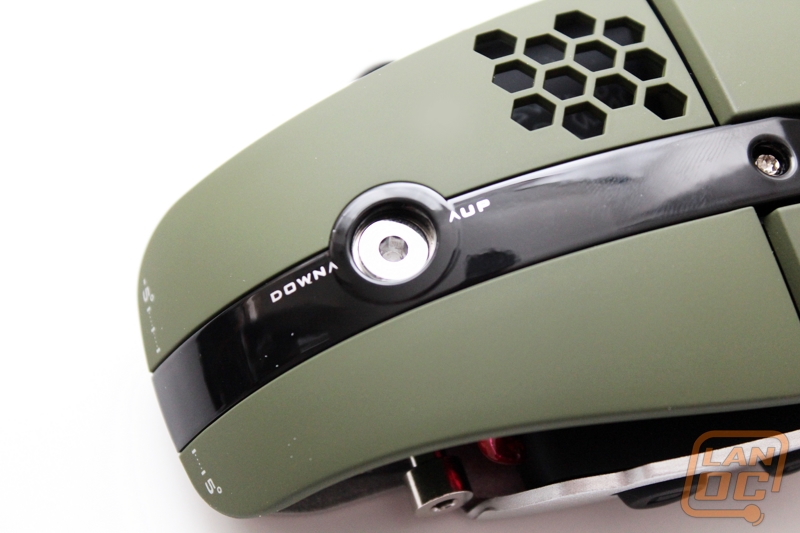 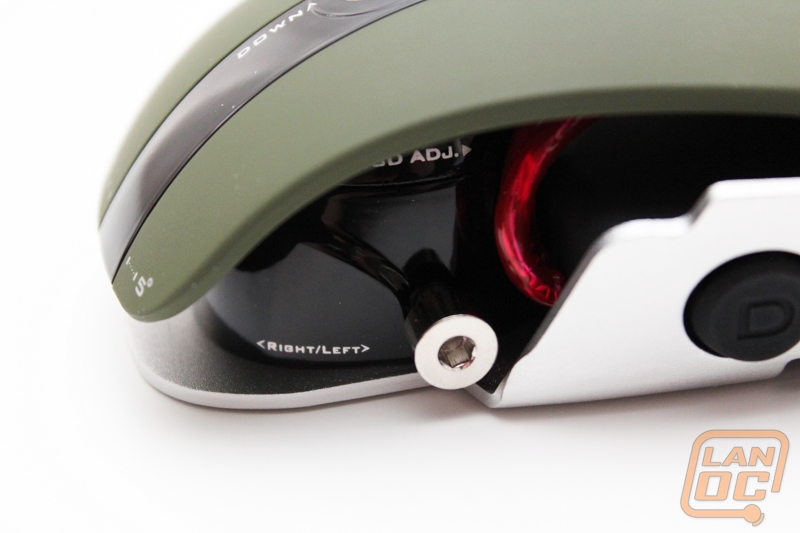