Performance
The Aivia is an attractive design, and includes several intuitive features, such as the inclusion of a second battery pack, and the ability to plug it into the charge base. However, the charge base is not large enough to fit both the mouse and the extra battery pack at the same time, due to the V-shaped design of the pack. I'm no engineer, but it seems as though this could have been easily avoided if the battery pack was simply flipped 180 degrees. 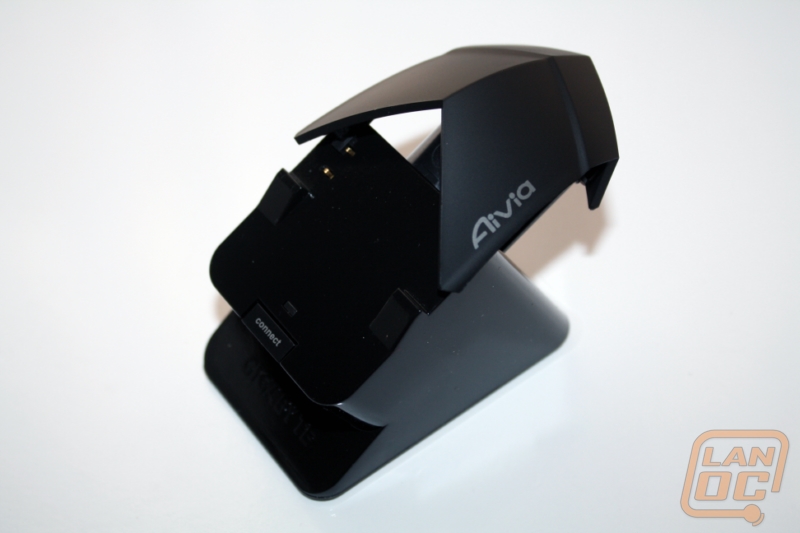 The generosity of the package shouldn't be overlooked though. Not only does Gigabyte include that extra battery, but they also included an extra braided USB cable so you don't have to switch out between the base and the mouse if you want to go corded. The two methods actually act as two devices as well; instead of just charging the mouse through the USB and still being wireless, the M8600 becomes an actual corded mouse. 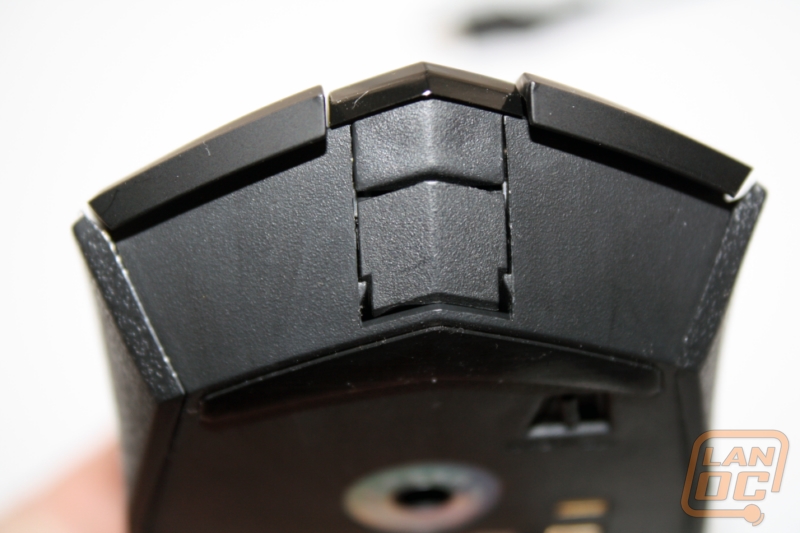 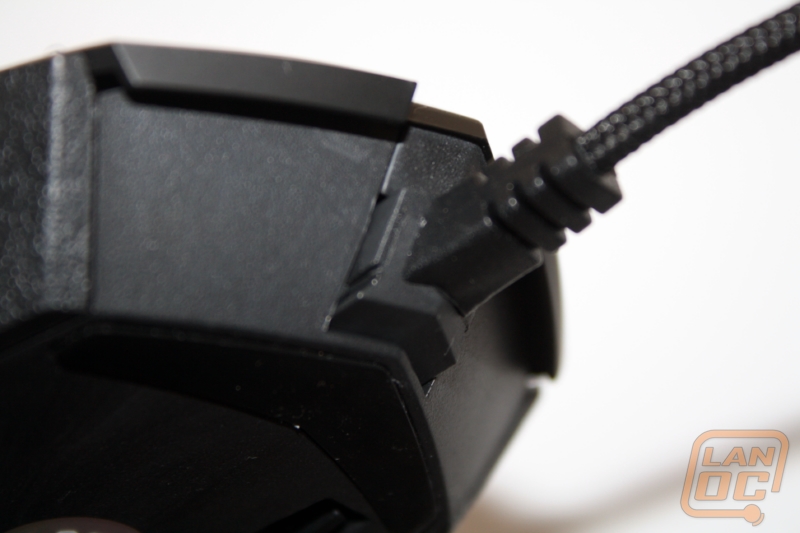 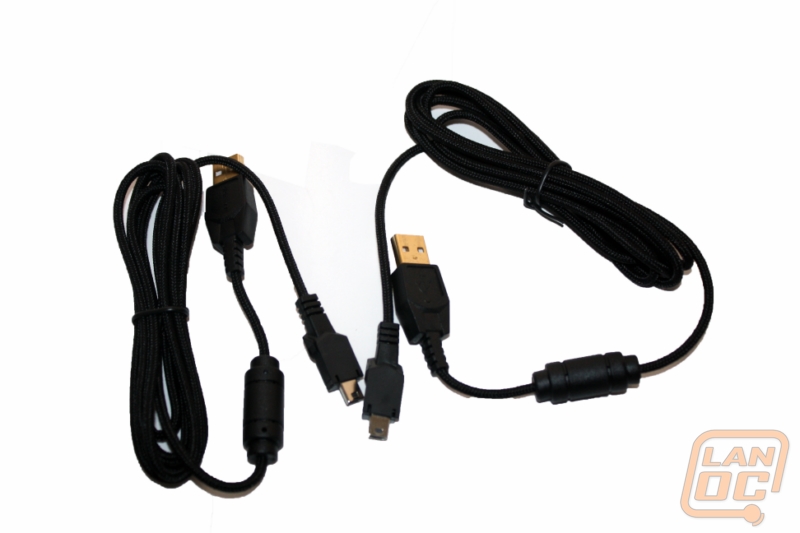 One of my main complaints with the Aivia is the physical design of the mouse. While it does have that enthusiast look, the aforementioned V-shape ultimately converges into a spine that runs along the back of the mouse. I tried to use every grip style I could imagine and was unable to find one that didn't eventually become uncomfortable. The spine runs directly in the middle of the mouse, which translates into a protrusion directly into the middle of palm. The design is so close to being a great fit for those fingers to the right of the index, but because of the ambidextrous need to not favor one side or the other, it cuts uncomfortably between the index and middle knuckles. 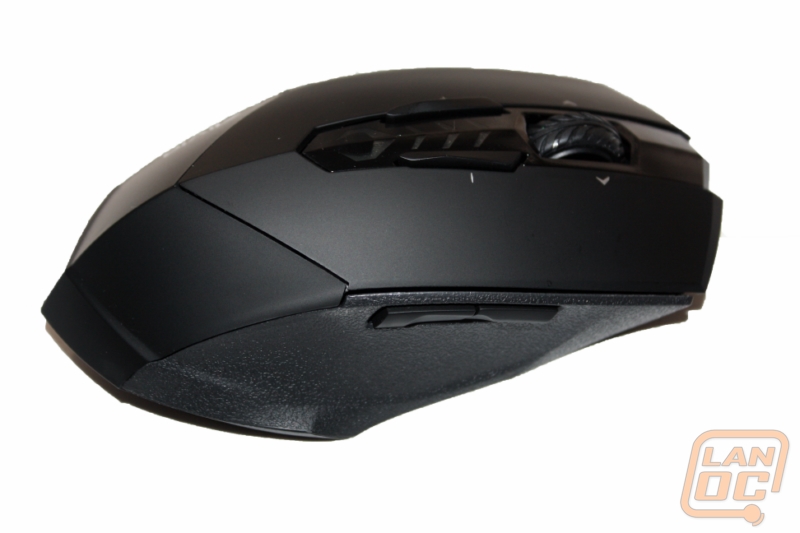 Perhaps the most frustrating, however, is the surface material used, especially in the area that the thumb and pinky rest. Instead of using any kind of anti-slip material, Gigabyte has a hard plastic with rivets that does nothing to increase traction once sweat starts to accumulate. Since the thumb and pinky are largely what keeps a hold of the mouse, this hinders in-game performance quite a bit. In just a short session used to test out the DPI in Modern Warfare 2, I found those two fingers sliding while trying to move the mouse.

The sensor used is the twin-eye laser that we've seen with issues before, and the Aivia suffers from the same Z-tracking problem of other similar. Lifting the mouse slightly off the surface and replacing it causes the cursor to jump diagonally towards the bottom-right hand corner.

Despite not including an action for profile swapping, Gigabyte did include some really cool basic functions to program to keys. Things such as double-click, close program, and 8x speed are interesting ways to customize the mouse. That last option is especially fun, for instance, if you assign that action to the right-click, and set DPI to the max, it multiplies that DPI speed rediculously in-game.

We have 1810 guests and one member online