Software
It didn't even occur to me that in order to make changes to the onboard 32kb that stores customization, the mouse would actually need to be plugged in. Therefore, when the Aivia is in wireless mode, no changes can be made, and the two side tabs which are usually trays of available actions are locked out. I tried re-installing, installing the non-flash version, installing the flash version, and ultimately the Konami code before common sense kicked in.

The software is laid out very similarly to that of the M8000Xtreme. Basic functions for each key are available to the left, and can simply be dragged and dropped onto the button you want that action assigned to. The left-click button can be re-assigned, but only if you have assigned the left-click action to another key.

Macros work very much the same way, but are housed in the tray to the right, and need to be created via the Macro Editing tab, which launches a separate window to operate in. Also available are tabs to alter the sensitivity, scrolling, and even a button to launch the Windows-based customization, for things such as double-click speed.

I did find a few issues with the software during use. The first is that the program often times becomes unresponsive, for some reason especially so when you start altering the action assigned to the left-click button. In one case, when trying to switch profiles mid-game (again, since there is no on-the-fly option) an error message popped up and flooded the screen, ultimately resulting in me ending the process to get it to go away. 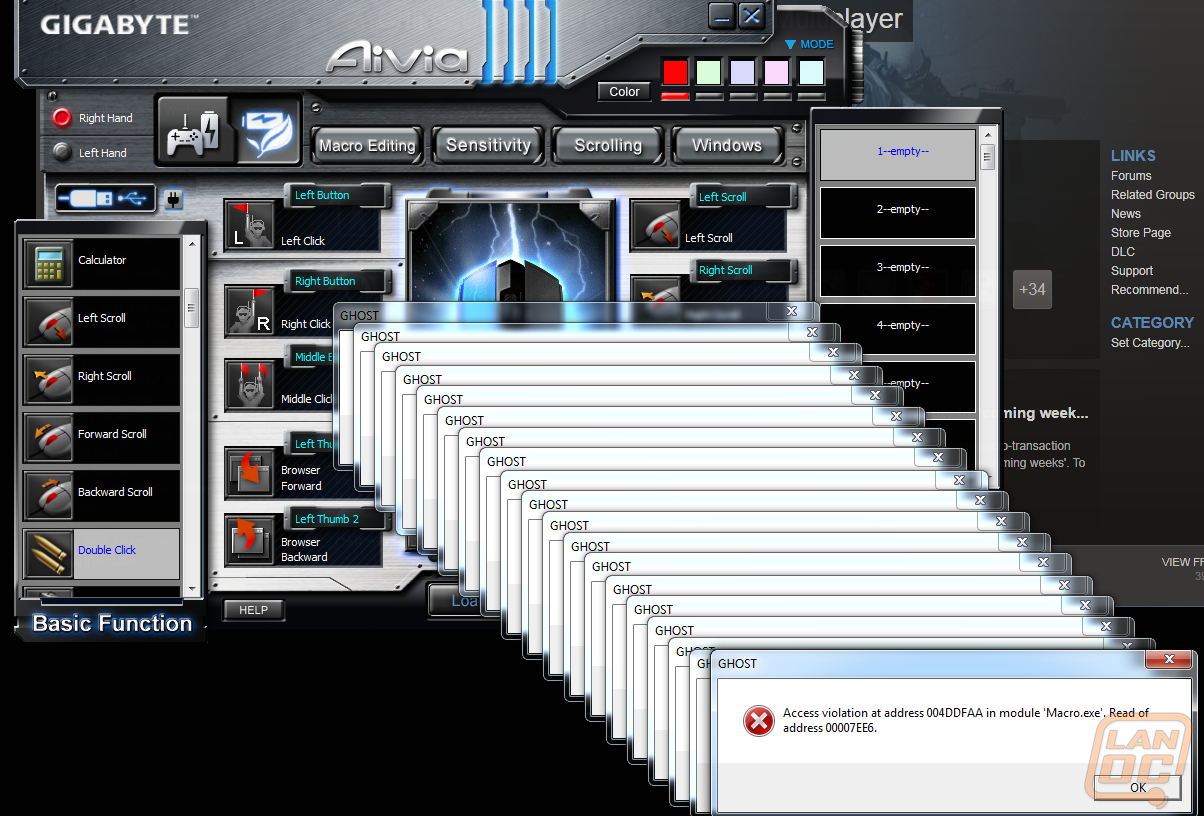 My last grief with the Ghost engine on the Aivia is that though the software automatically applies any changes (which I suspect may be part of the reason the program becomes unresponsive so often), the entire program lags while an animation plays in the center graphic, which is equivalent to the computer freezing for about four or five seconds. Keep in mind however that the software can always be updated in the future to fix these problems.