Cooling performance is important, but there are a few other aspects of a heatsink that are also important and for some, they might even be more important. Noise for example in my office is a huge deal. Not only do I hate having a high ambient noise level in my office because it is less comfortable. But when I go to do other noise testing I have to turn things off/down. For noise testing on the three coolers I did three tests using our decibel meter with it setup 18 inches away from the cooler on an open air test bench. I tested the fan at 50% fan speed and at 100% to get an idea of its overall noise range. Then I tested under load. As you may have seen in the previous section, there is a huge difference between different workloads. For this I did the AIDA64 Stress Test CPU workload which is less demanding but more like what you might experience day to day browsing websites, playing games, and other normal uses. If you plan on doing rendering or another solid workload for long periods of time you can expect things to be louder. Anyhow the Dark Rock Slim did extremely well here which when compared with the Hyper 212 might be expected, but I was especially impressed with how it compared to the NH-U12S from Noctua. Even under the CPU load where the Noctua ran cooler in thermal testing it managed to be quieter if only by a smaller amount. The gap at 100% fan speed was impressive.

As for fitment, there are a few different things I look for here. The overall size of the cooler which can cause issues with cases if too tall, memory clearance, and even clearance for motherboard heatsinks and GPUs in the top PCIe slot if a cooler is too wide and oriented that direction. The Dark Rock Slim is designed to help with these issues, especially with memory clearance so it isn’t a shocker that it fits well with tall memory. On our test platform, you could have four sticks of memory if needed and no matter how tall they wouldn’t hit the cooler, but they would start to block the fan eventually. You can see that in the pictures below the table below. The larger Hyper 212, on the other hand, would have issues with taller memory. 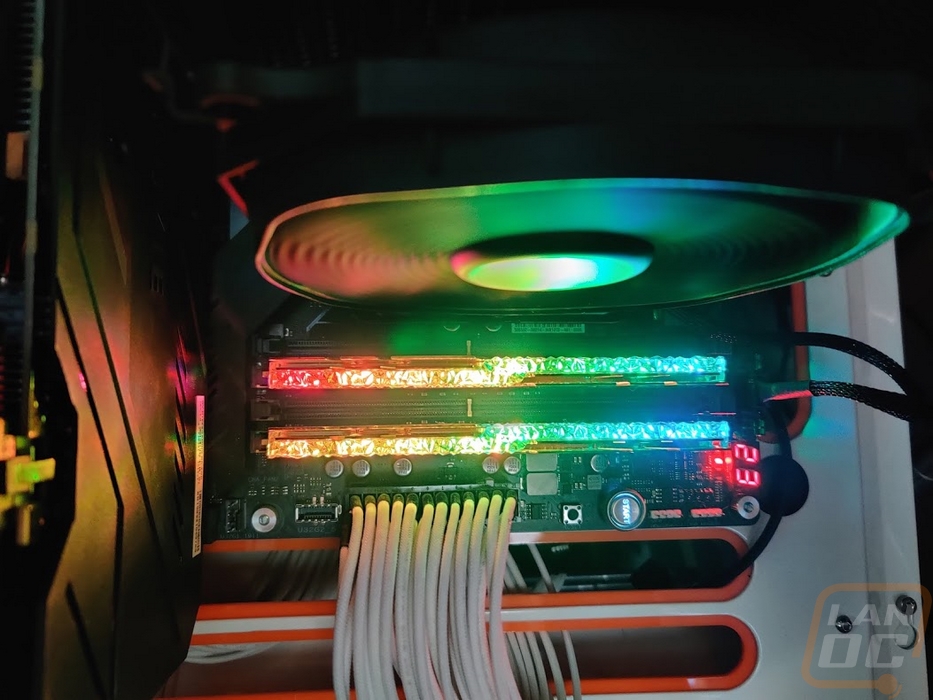 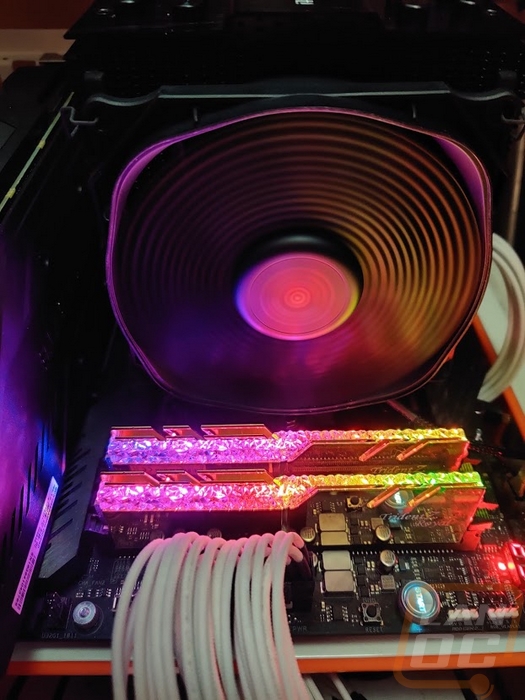 Another aspect of the fit is the installation or mounting of the heatsink. The Noctua NH-U12S used the same mounting system that they have been using for years now with just a few small changes for AM4 but it has the built-in springs on the heatsink mount that are clipped on to the cooler so you don’t have to worry about stacking everything perfect. The Cooler Master was more complicated and uses its own baseplate and has a similar spring clipped to the heatsink design as Noctua, only they don’t install full base mounts, just double-ended nuts that it screws into. Then be quiet! uses the stock AMD backplate with a Noctua like mount but rather than having the spring mount being attached to the cooler they use a solid bar that sits on the cooler and is screwed down on each side with a simple screw. I wasn’t a fan of this because without a spring in the system there is no way to regulate mounting pressure and as Warren G says you have to mount up and you have to regulate. So with the Dark Rock Slim I actually mounted it the first time and our test system wouldn’t boot until I took it back apart and tightened the screws down a little at a time. The rest of the mounting system is really nice and having the brackets be black to match everything where Noctua used chrome I liked those, but I think this cooler could really use a spring in the mounting design to keep people from overtightening, if I did it and I’ve been doing this for a LONG time it could cause issues for anyone. 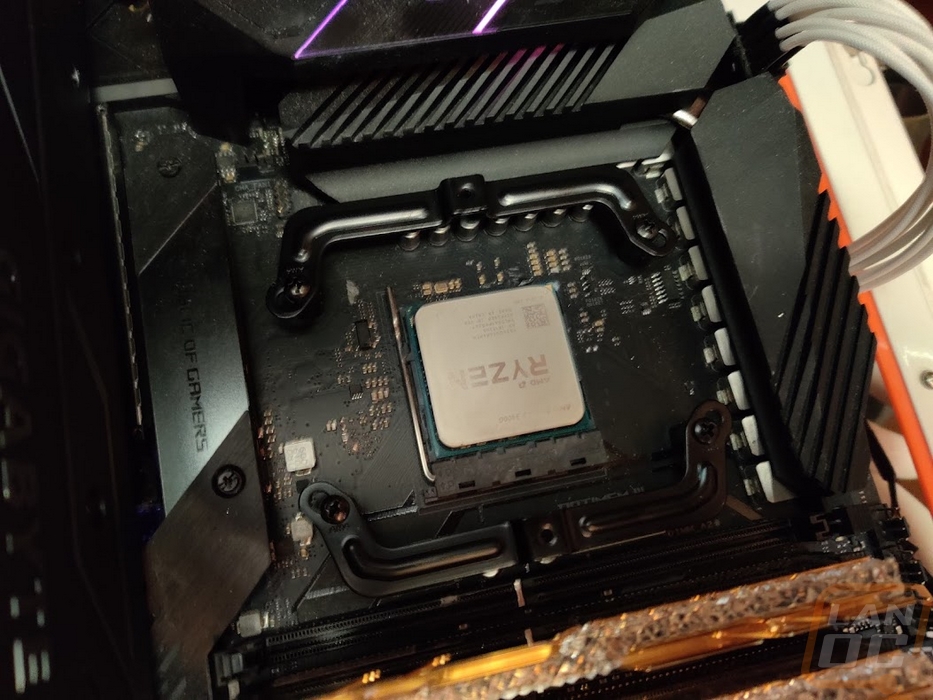 I also think there is room for improvement on the mounting clips for the fan on the Dark Rock Slim. I don’t have any problem with the clip design, even Noctua uses one similar. But the clips need a little more spring to them to make it easier to remove them later and potentially a small tab area to hold on to when doing that. The Hyper 212, on the other hand, uses a plastic bracket that once mounted on to the fan snaps on to the cooler, which is easier but only after you have the mounts attached to the fan.