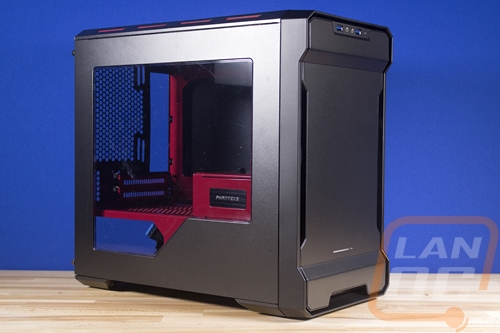 So the box for the Evolv ITX was your basic brown box with a line drawing of the case on the front. Down on the bottom, it had a black strip with the name in it. As you can see though, that black strip took a beating in shipping. I was really worried about the condition of the case when I saw the box, funny enough though I didn’t actually catch it right away. They delivered it with that part facing away and I picked it up and put it up against a wall on that same side. So you can imagine my surprise when I when to take these photos and found it lol. 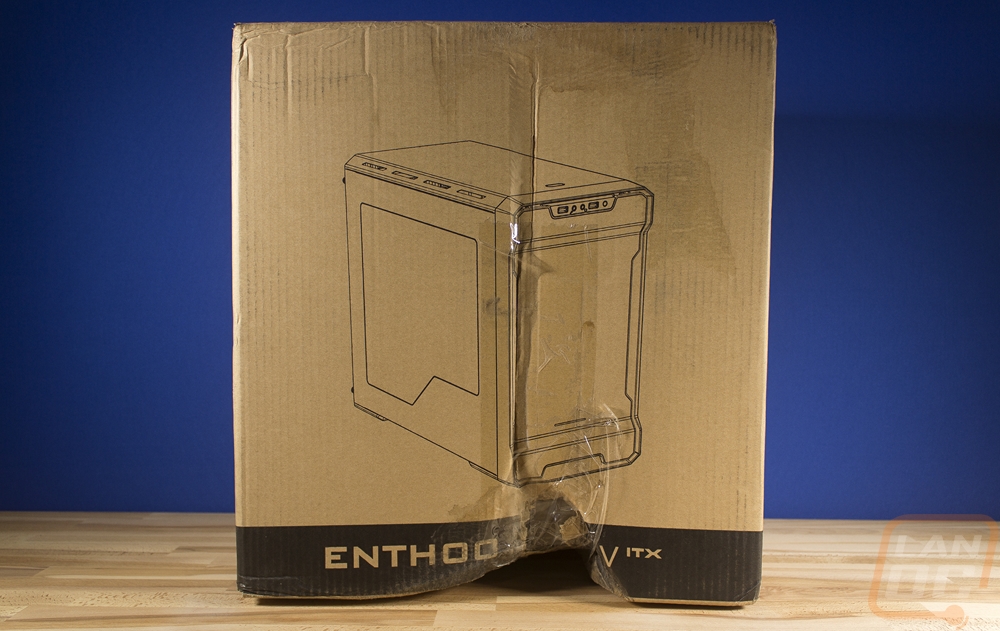 Inside the box, the case came wrapped up in a plastic bag to protect it from finger prints and moisture. Then on both ends, it had foam panels. The big dent in the bottom didn’t end up showing any initial damage but you can see just how much it was banged around by looking at the cracks all over the foam. I later found a small dent in the top of the case, I can only assume it happened in shipping given the condition of the box. But this goes to show you just how well cases are packed normally.

Shipped with the Evolv ITX was a small baggie with motherboard screws and SSD/HDD screws. They also included four zip ties. I would like to see more zip ties, I use more than that with every build. Then there was a small paper manual and a paper with information on RMAs should you need it. Phanteks didn’t really go crazy with documentation or accessories, you get enough to get the job done though. 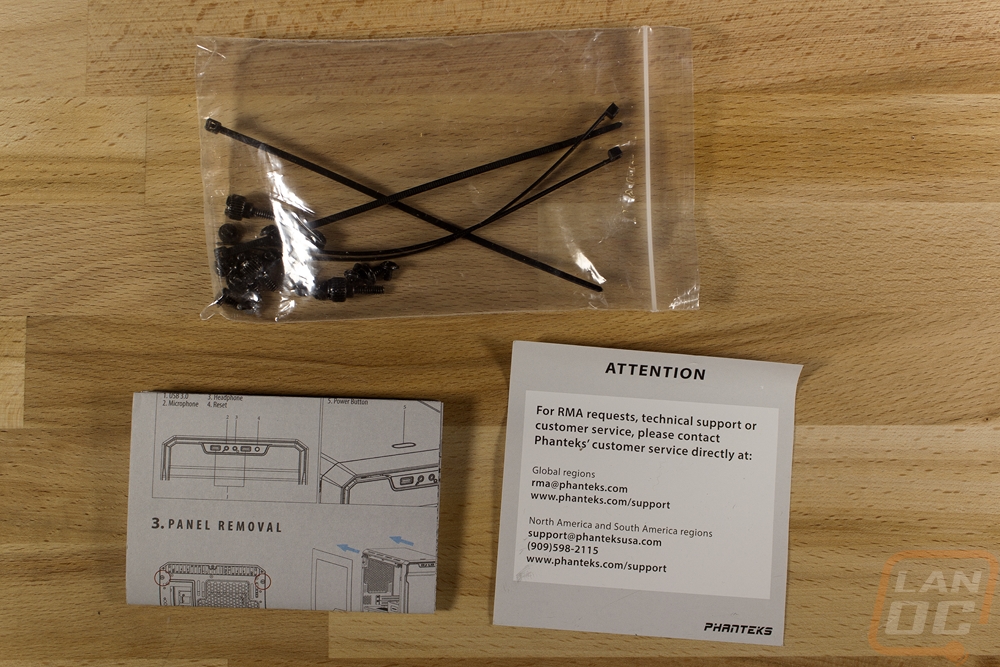