For the packaging on the Wave:1, it sticks with the Elgato styling which is a combination of dark and light blue in the background. The front has a picture of the microphone on its stand in the center. Up to they just have the Elgato logo with the Elgato down at the bottom in a small font. The model name is up top in a big easy to read font. Then they explain what the Wave:1 is under the picture, mentioning it is a premium microphone and a digital mixing solution. The side has a few features noted along with a list of everything that comes in the box at the bottom. The other side also has the dimensions and weight as well. On the back they have another picture, this time of the Wave:1 in use including the software in the background and they highlight those features again. This time the features also have descriptions as well. 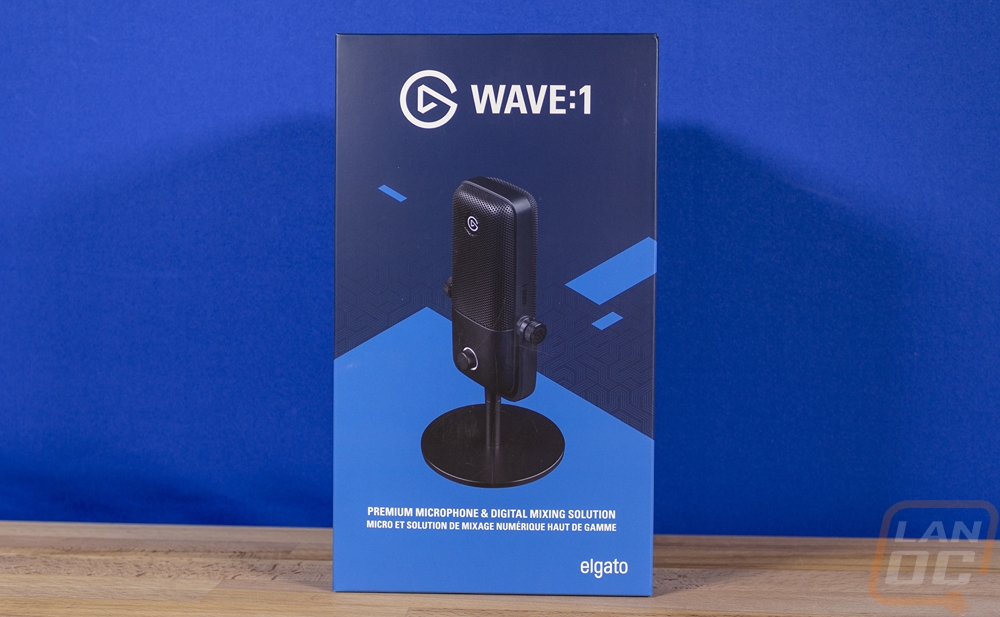 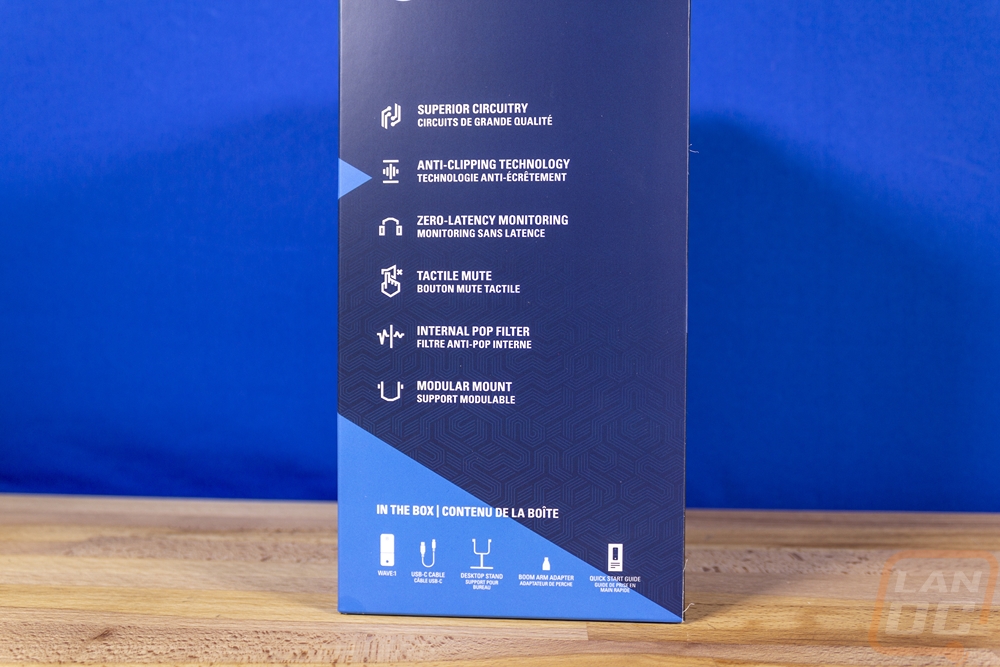 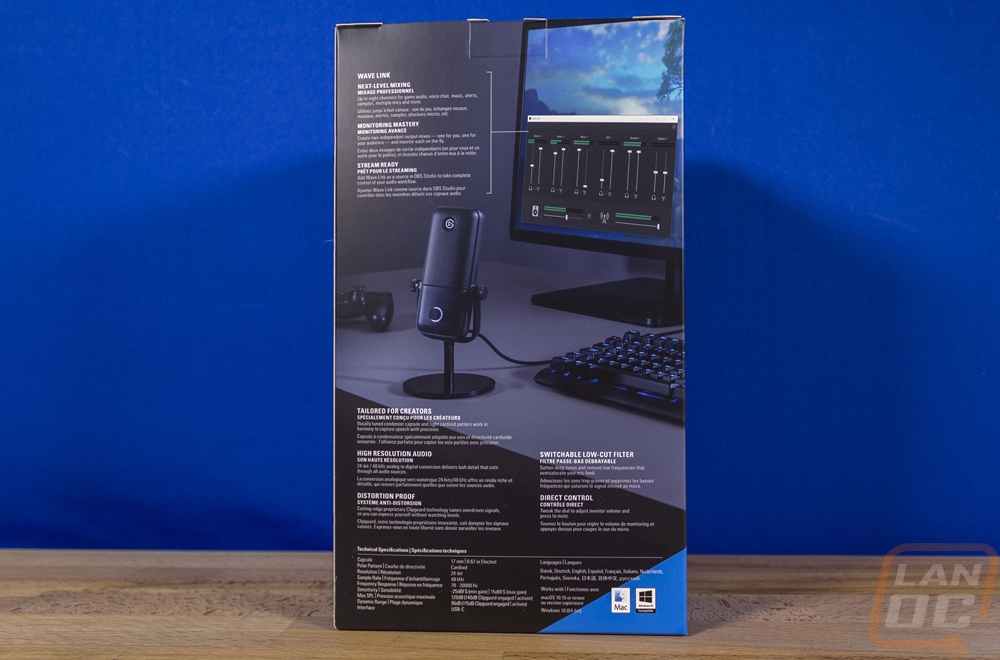 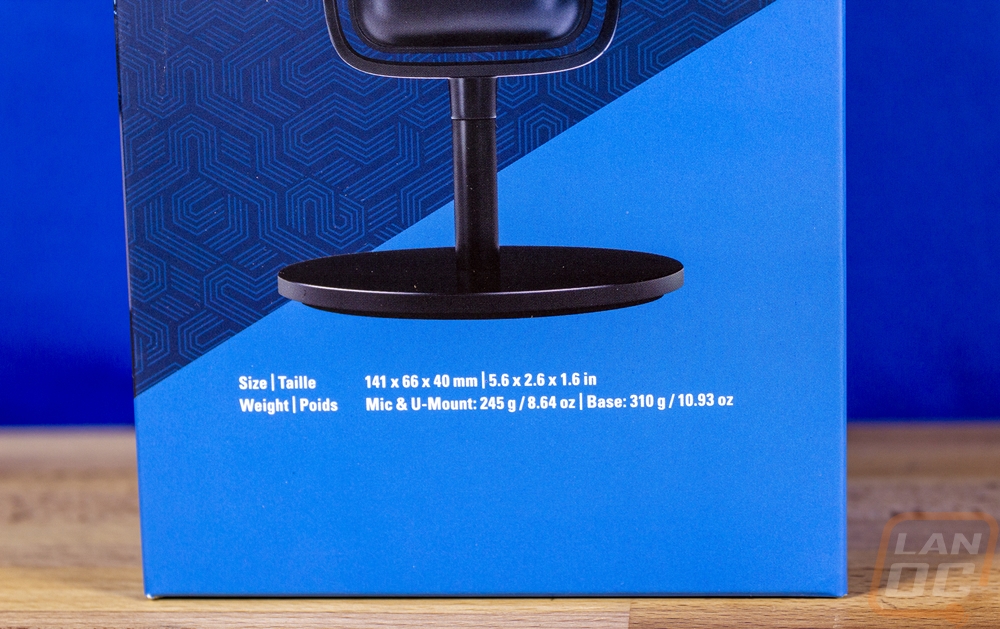 Inside, there is a second box which again has the light and dark blue colors as well as a large Elgato logo up on top. When you open it up you have a card with setup instructions on it and a tray that sits on top with a box for accessories. Once you lift that, you can find the microphone hidden away wrapped up in plastic with its own pressed cardboard tray formed around it to keep it safe. 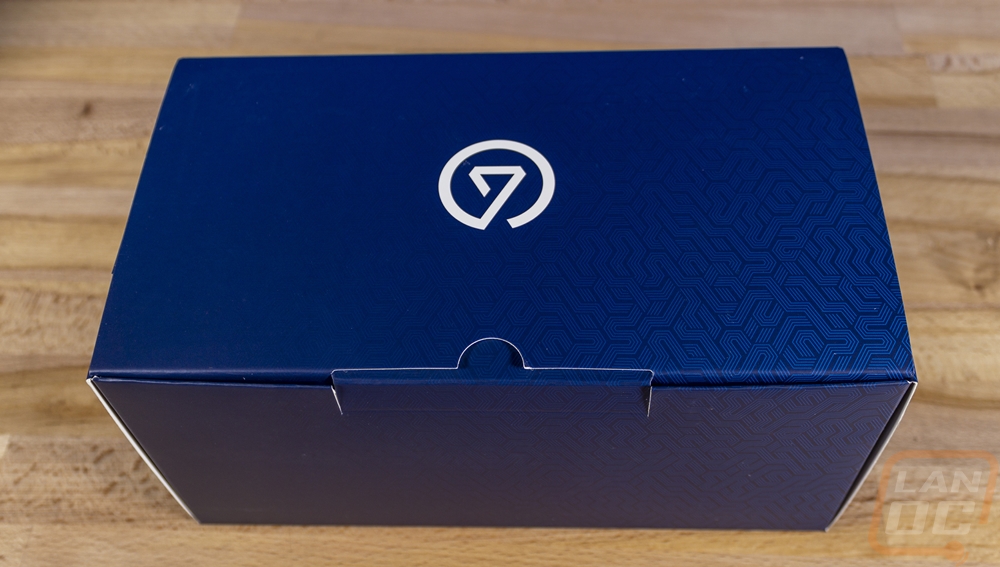 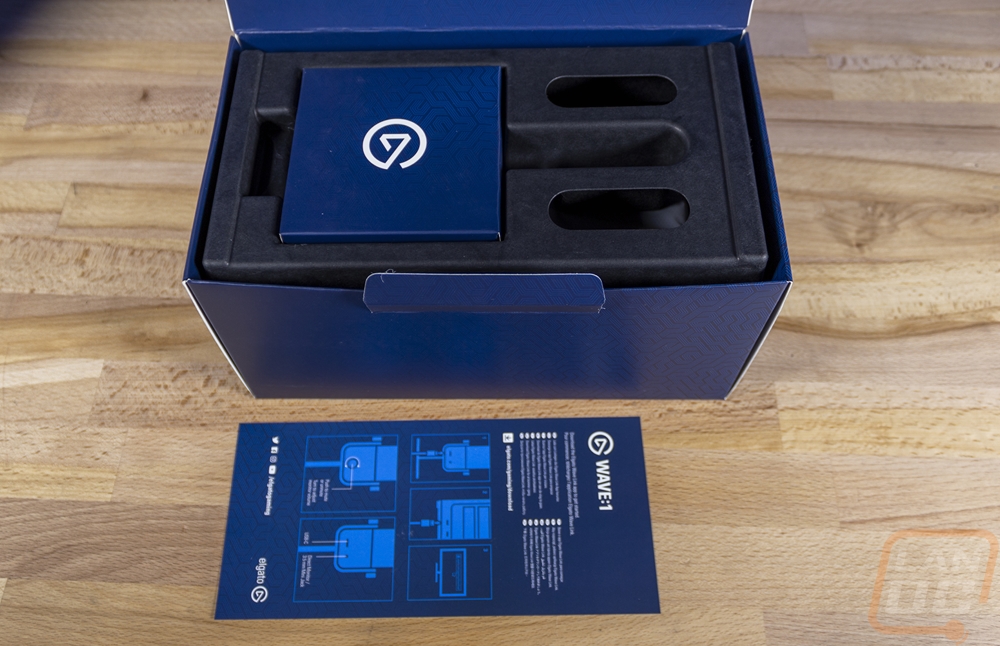 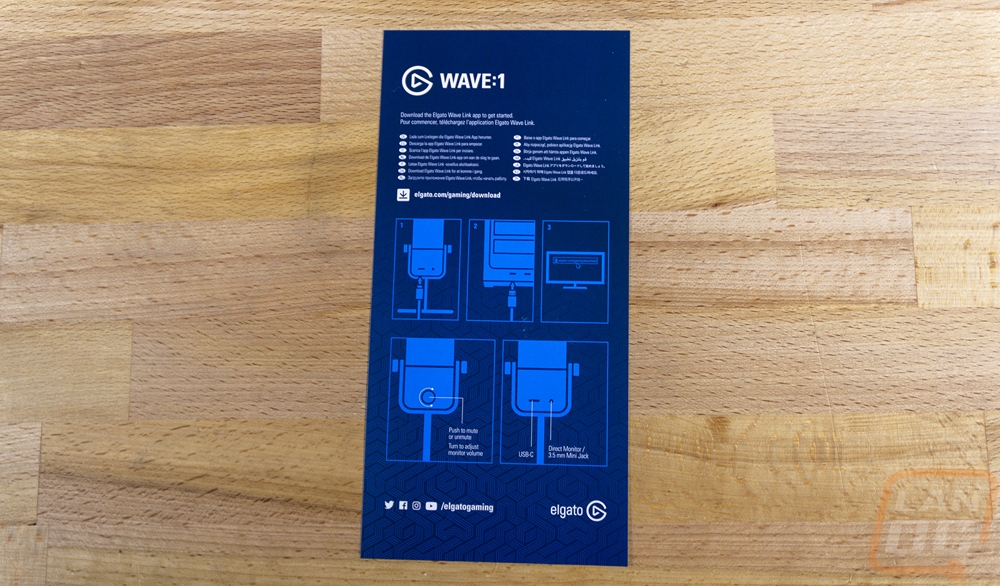 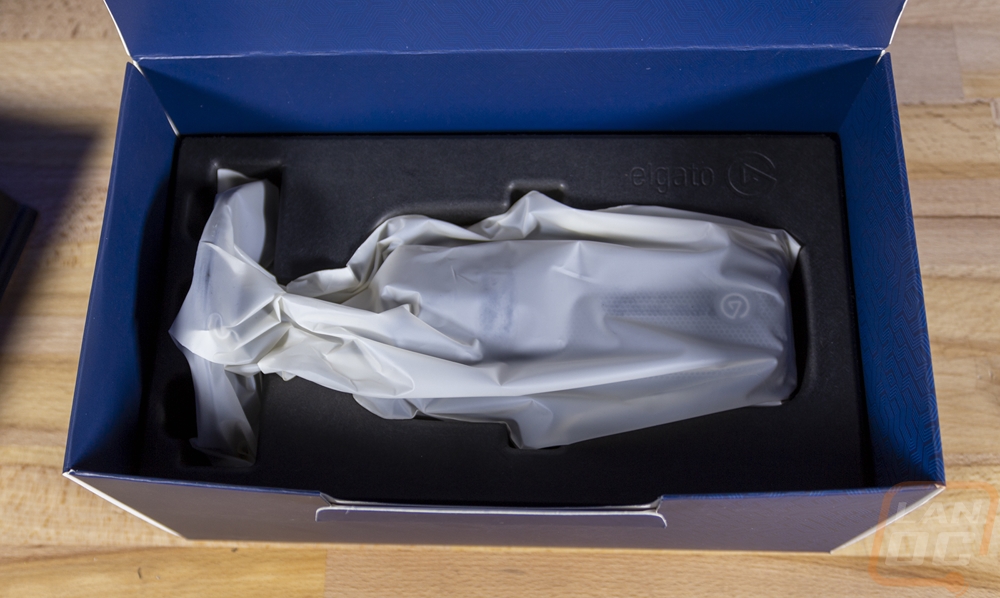 Inside the accessory box, you get three things. There is a small booklet with safety instructions, aka fine print. Then you have an adapter for a traditional boom arm that takes the Wave:1 from the camera style mount to a normal microphone mount. Then you have the USB cable. The cable isn’t sleeved or anything out of the ordinary. It does have a thick rubber covering which should hold up well. It has a Type-A connection on one in and Type-C on the other, which I like seeing a lot after having issues with our Yeti X’s cable. It is around 5-6 feet long as well to help if you decide to mount up on an arm away from your PC.

So having just finished our coverage of the Blue Yeti X not long ago and jumping into the Wave:1 the difference between the two is staggering. The Yeti X is very large where the Wave:1 is a lot more compact. The Wave:1 is 141 mm tall or 5.6 inches tall where the Yeti X was around 8 inches tall. That is just for the microphone itself, not counting the stand. I’m surprised that Elgato doesn’t include a measurement with the stand as well. The Wave:1’s stand adds just over 2 inches for a total of 7.6 inches tall where the Yeti X is 11 and a half inches tall. The Wave:1 is more compact for width as well and its more boxy shape is thinner. The base is an inch wider as well. A smaller size isn’t a requirement when it comes to microphones, but if your desk is covered in monitors like mine is it can be the difference between it blocking everything or fitting perfect. Of course, a stand can avoid all of that and I will talk more about that later. The Wave:1 keeps things simple for styling as well with everything being blacked out and no chrome. 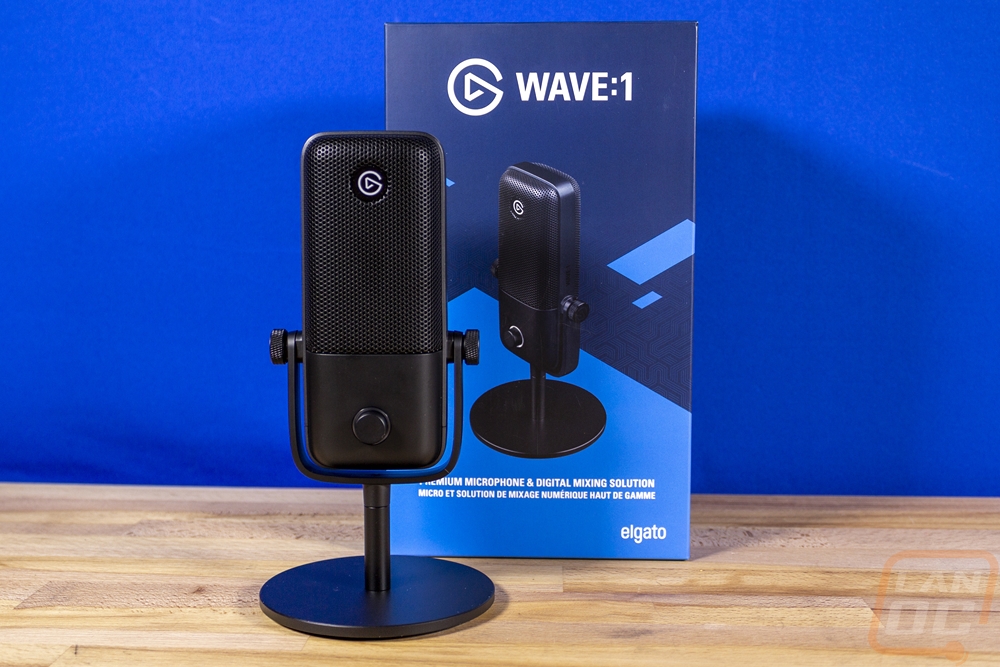 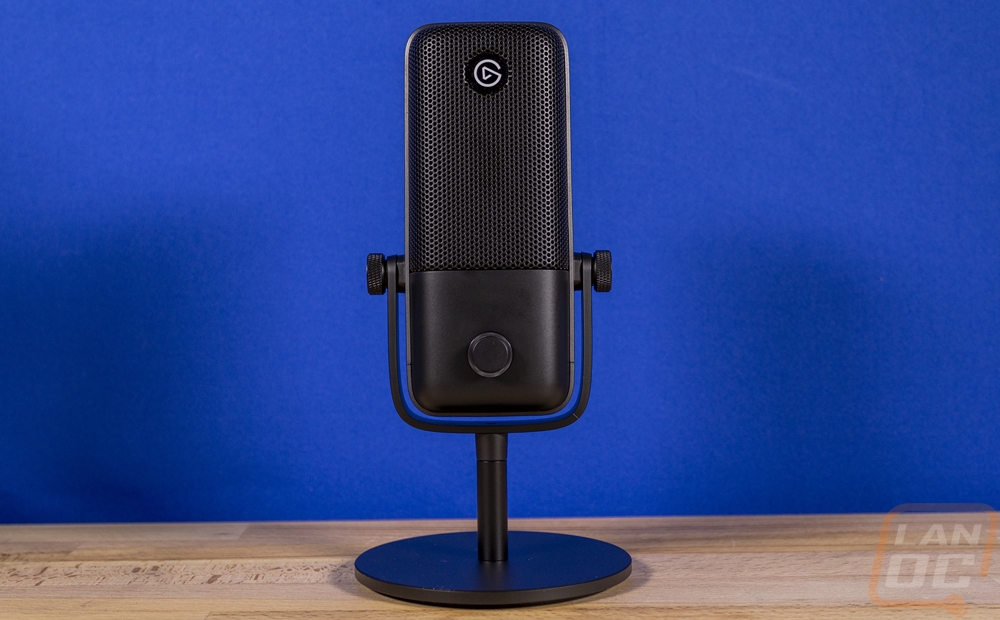 Here is a look at the front of the Wave:1, this is one area where it is different from the Wave:3 as well as the Yeti X which both have a volume indicator where this model doesn’t. Things are simpler. The bottom half of the Wave:1 is plastic and has a single knob on it with an LED right around it. This dial controls the volume of the audio output and doesn’t control your microphone gain or volume which is a bummer. That is a Wave:3 feature, however. It is also a push-button and pushing it will mute and unmute the microphone, they let you know the status with the LED ring around the dial which is white when it works and red when muted. This makes it easy to see and the unmuted white color doesn’t give a weird glow towards your face as well which is a small detail but a nice touch. The top half of the microphone has a metal grill with small holes in it and a single Elgato logo up at the top. This along with a foam layer under it helps protect the microphone condenser capsule from light wind and moisture. Another area where this design is different from the Yeti X is that with the Yeti X they included multiple pickup patterns for different types of use, four to be specific. But Elgato has gone with just the one Cardioid pattern which is what most people would want to use for single person use aka streaming. It isn’t going to be ideal in a two-person interview and it doesn’t do stereo. The capsule has a dynamic range of 95dB and a max SPL of 120dB. For sensitivity it starts at -25dBFS but can reach 15dBFS at max gain. The frequency response is 70 - 20000 Hz which is close to the Yeti X only the Yeti X does lower down to 20Hz. As for the DAC inside of the Wave:1 that converts everything to digital for your PC. The Wave:1 runs a 24-bit resolution with a sample rate of 48 kHz which is the same as the Yeti X. Sadly Elgato doesn’t have a signal-to-noise ratio listed, which is something I was curious about as well. 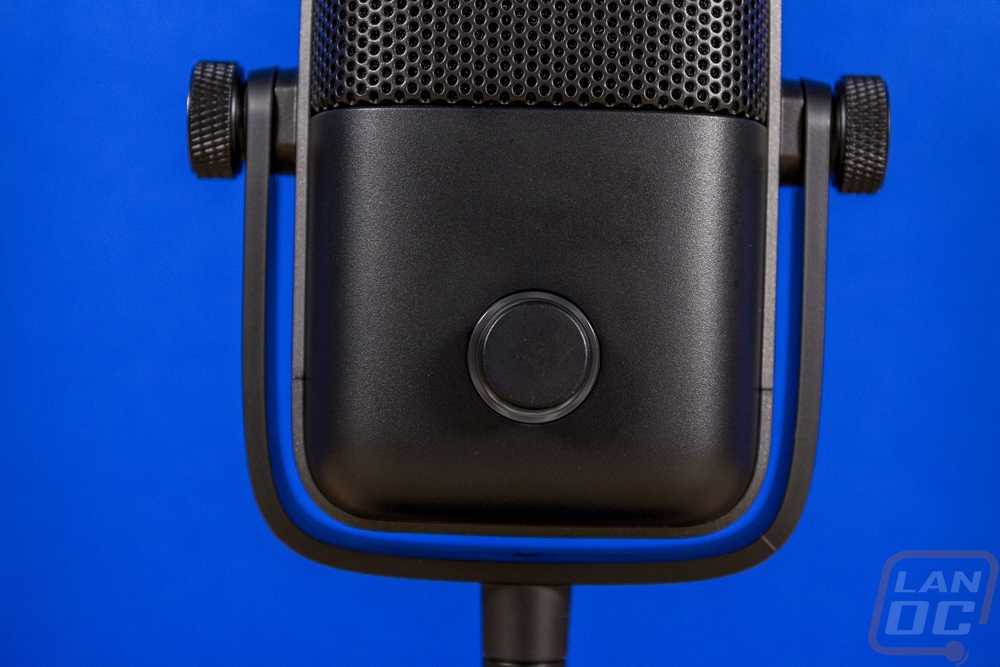 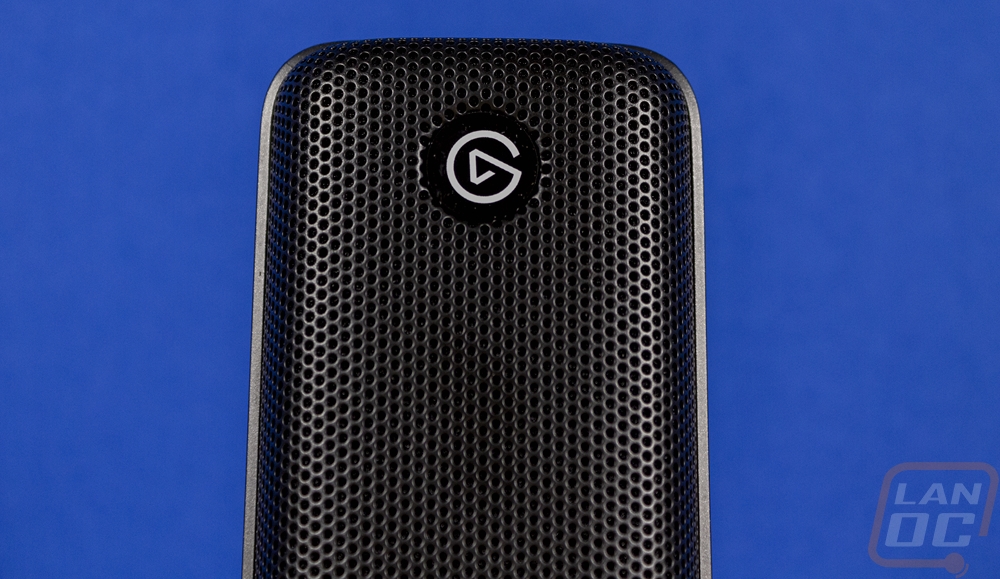 Around on the back is where you will find the two connections. They went with a Type-C connection for the USB on the left and the right is a standard headphone jack. This being on the back cover on the bottom like the Yeti X seems like it may hold up better and not receive stress when moving the microphone around, just as long as you don’t have it back against anything. The Type-C is also a little more durable as well. 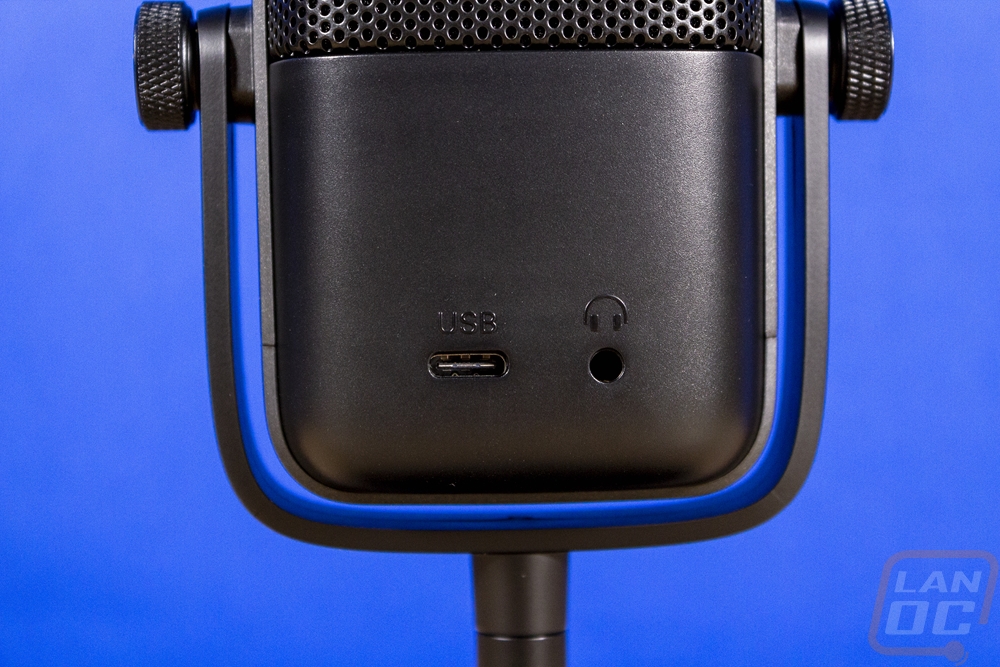 The stand for the Wave:1 is really simple in design. It has a thick metal plate for a base that has rubber on the bottom for grip. They even hid all of the certification logos down on the bottom as well. It then has a metal rod with a threaded top up the center which screws into a plastic U-shaped mount at the top. That U shaped mount also has rubber used around the two side mounting screws. Normally I would prefer an all-metal design which is what the Yeti X had, but I like the mix of materials here. You get the durability of the metal as well as the weight to help keep things stable. But switching to plastic with the rubber at the top helps give the microphone some isolation which the Yeti didn’t have. So if you plan on using this on your desk, it should take out at least some of the vibration. They also have an extension pole available to raise the microphone up higher if you prefer. 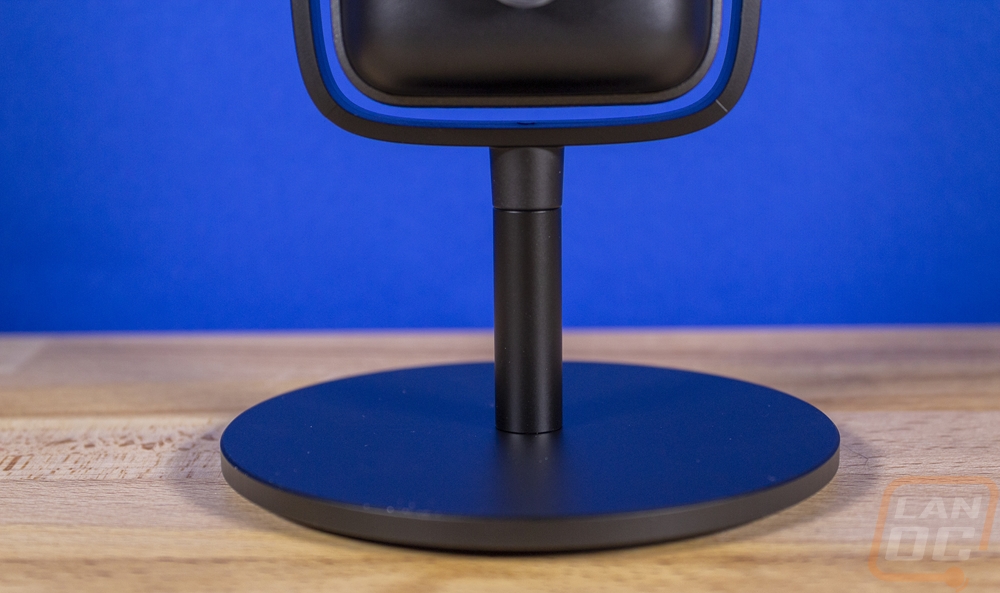 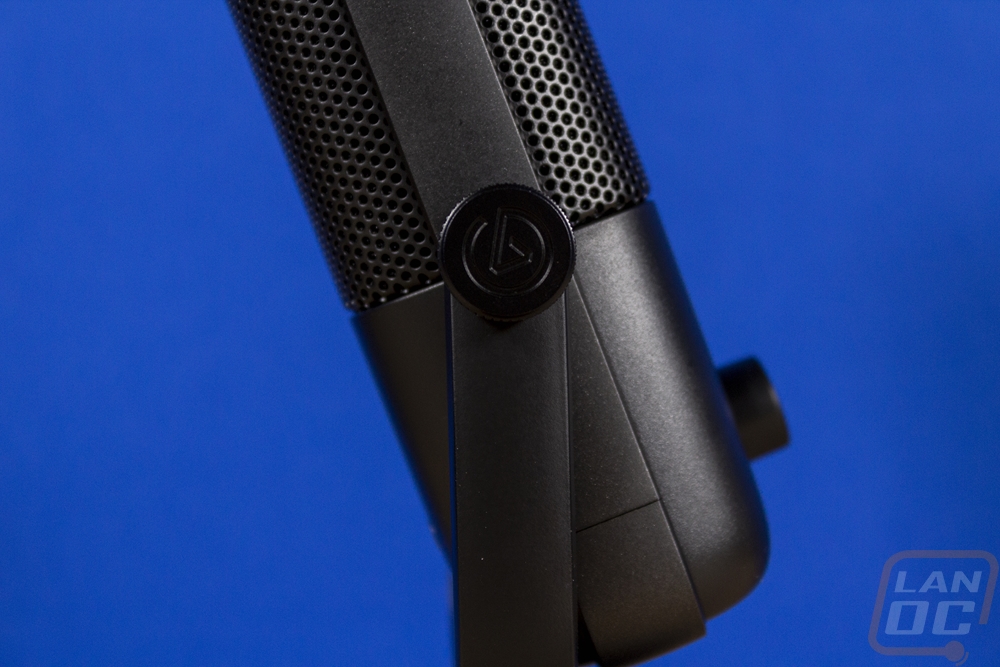 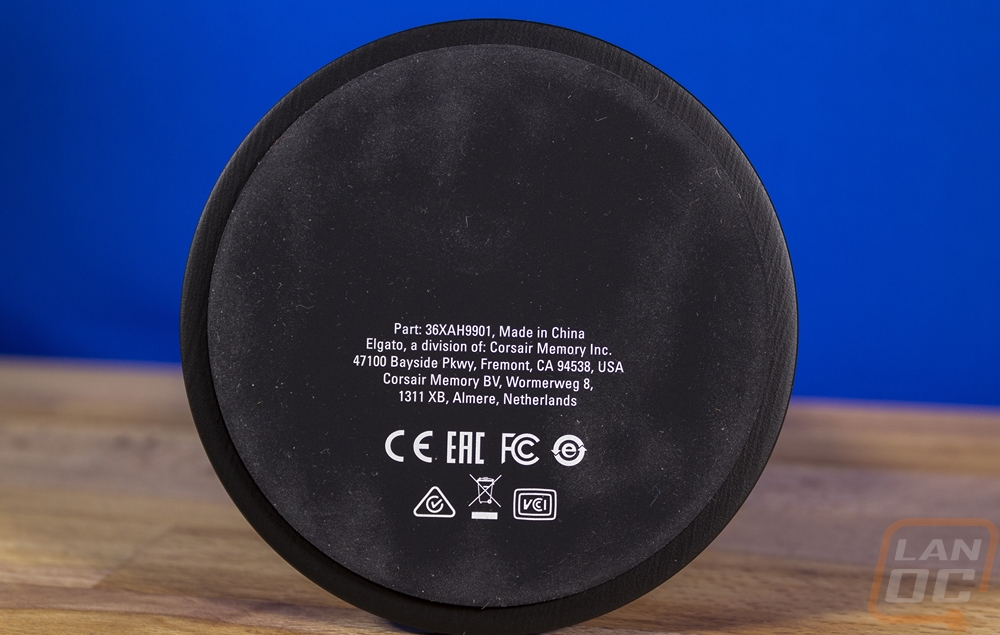 We have 1338 guests and one member online