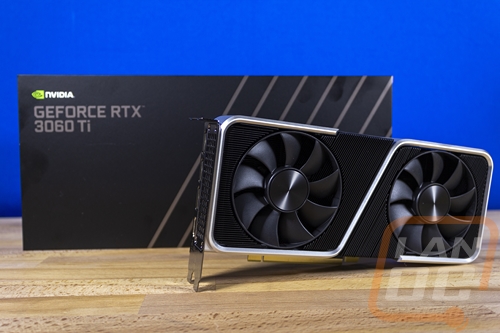 As always I like to start my testing with a few synthetic benchmarks. 3DMark especially is one of my favorites because it is very optimized in both Nvidia and AMD drivers. It's nice to not have to worry about it being favored too much either way and the repeatability of the results makes it a nice chance to compare from card to card, especially

The first round of tests were done in the older Fire Strike benchmark which is a DX11 test. There are three detail levels, performance, extreme, and ultra. The RTX 3060 Ti Founders Edition ended up right where Nvidia had suggested it would be, outperforming the RTX 2080 SUPER but behind the new RTX 3070. The gap between it and the 3070 is still very clear, as is the RTX 2080 Ti which performs similarly to the 3070 in all three tests. 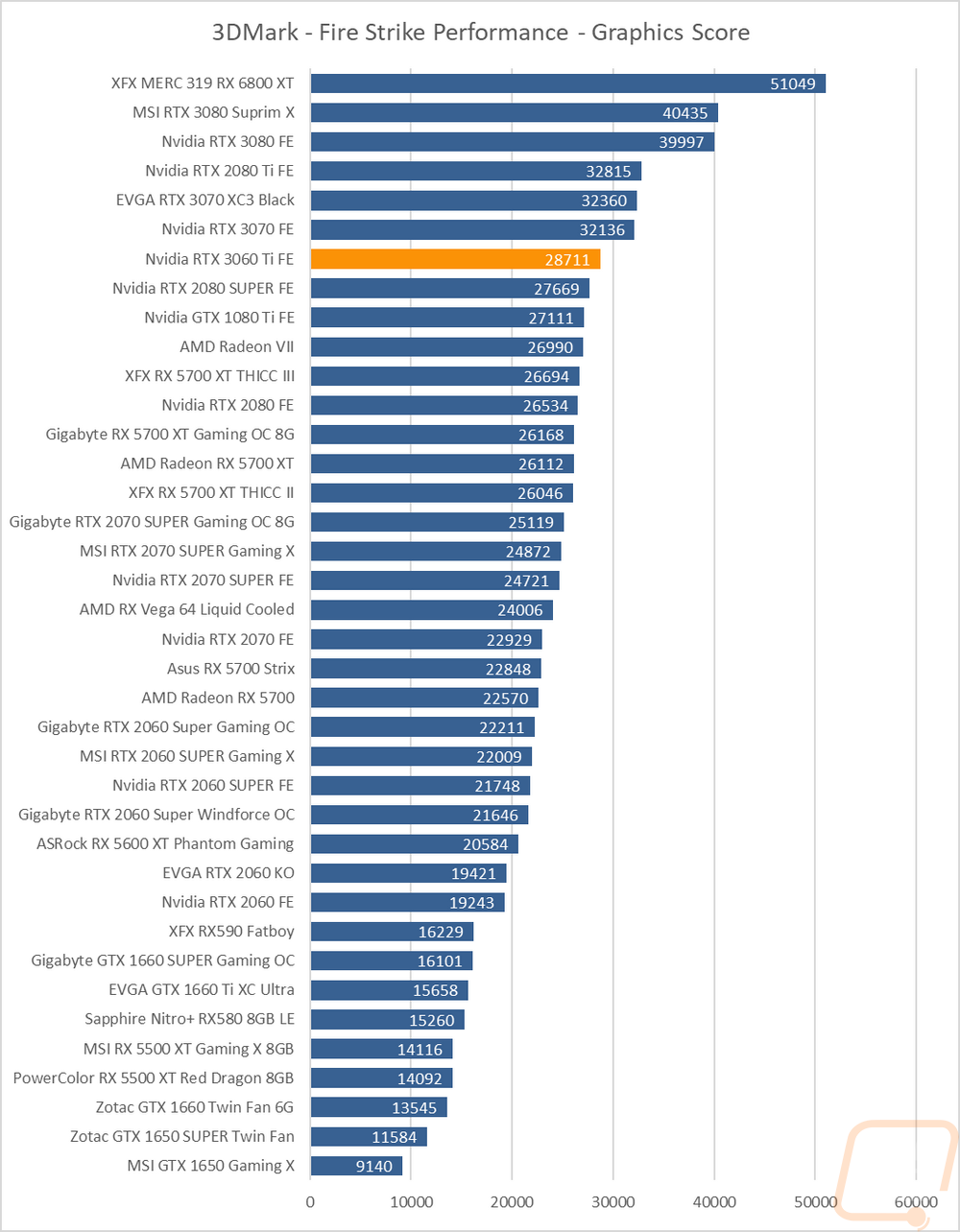 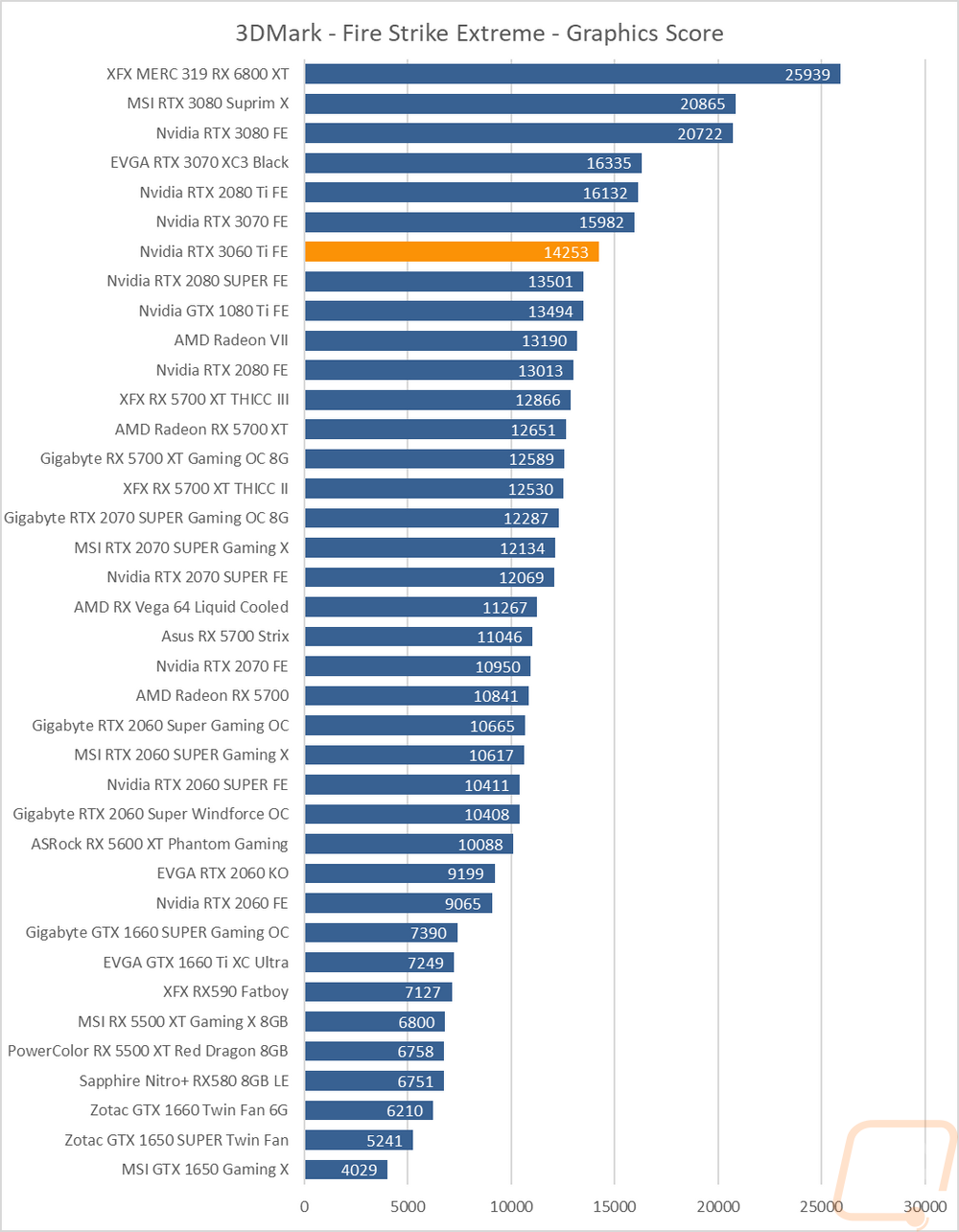 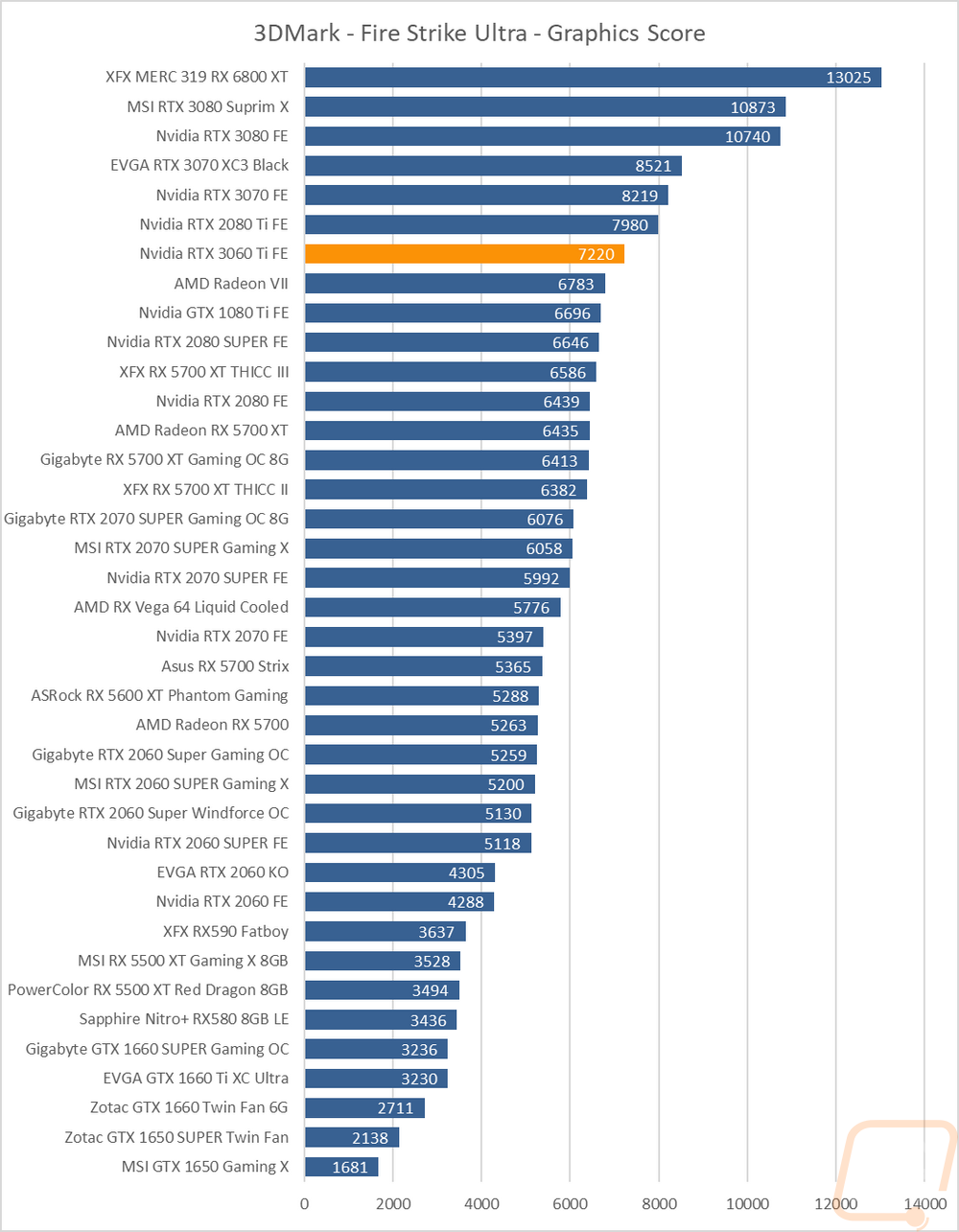 The next two were both based on the Time Spy benchmark. One is the standard test and then there is the extreme detail level. Here was similar to the Fire Strike results with the RTX 3060 Ti Founders Edition outperforming the 2080 SUPER once again. 9% faster in the Time Spy Extreme test and 4% in the regular Time Spy test. Looking farther down into the chart upgrading from the original 2060 SUPER would get you 37% of an improvement, 57% from the original RTX 2060, and if you avoided going with RTX two years ago the GTX 1660 Ti would get you an 88% improvement. 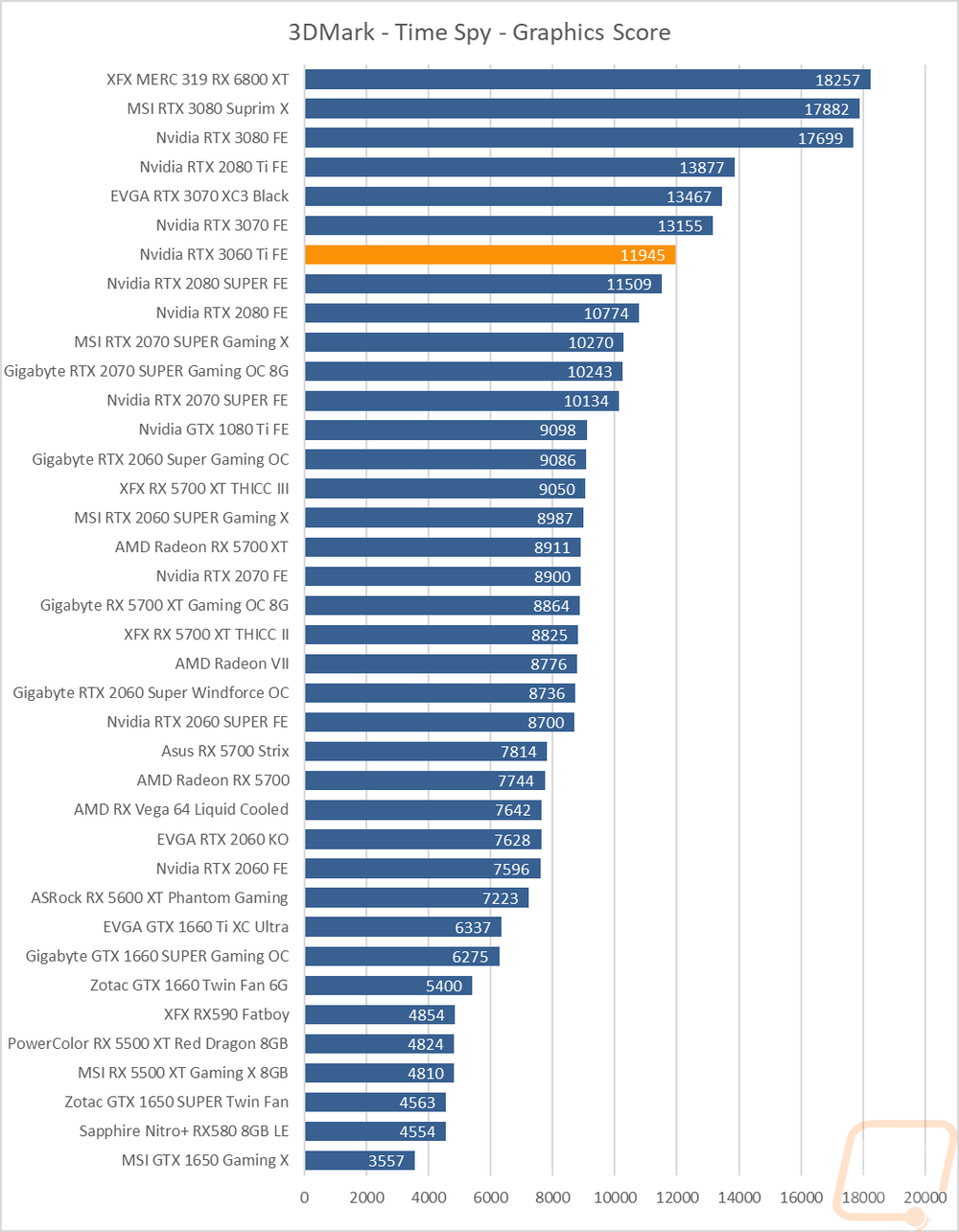 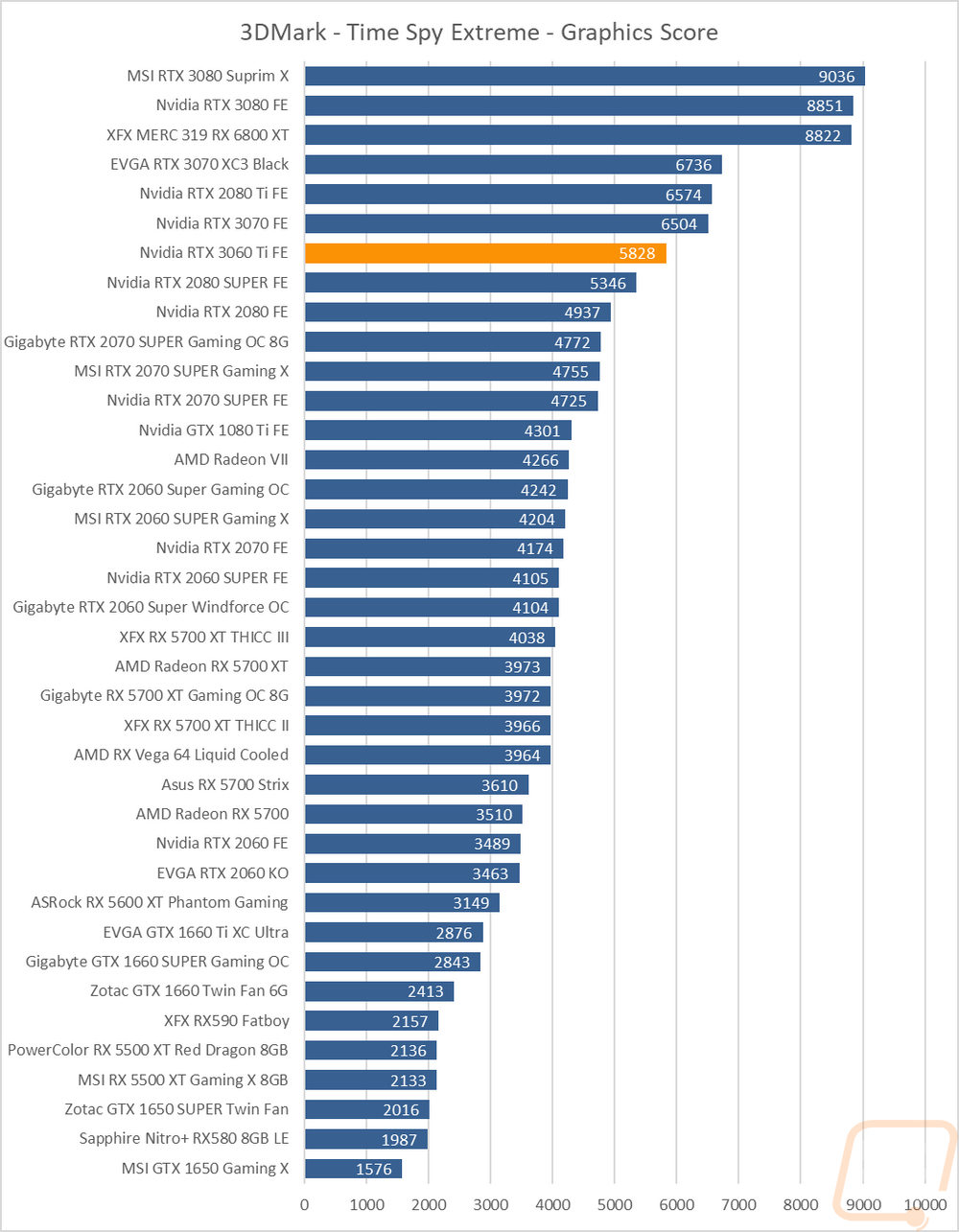 The last test was using the Unigine based Superposition benchmark and I tested at 1080p with medium detail and again at 1080p with the extreme detail setting. In the extreme detail setting the RTX 3060, Ti Founders Edition was once again out in front of the 2080 SUPER, but the gap here was very small, so small in fact that in the medium detail the 2080 SUPER was still faster. 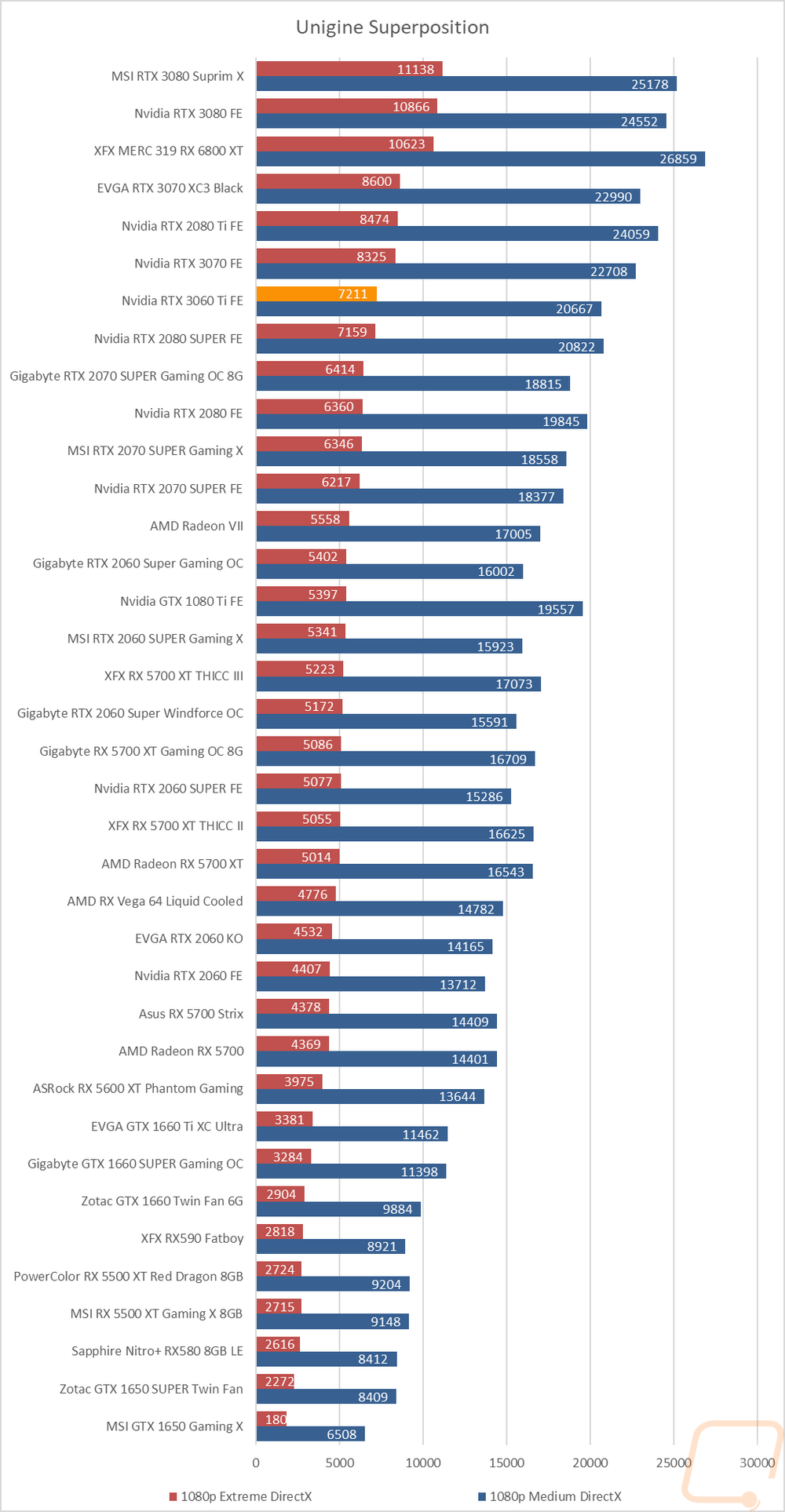 We have 1789 guests and one member online