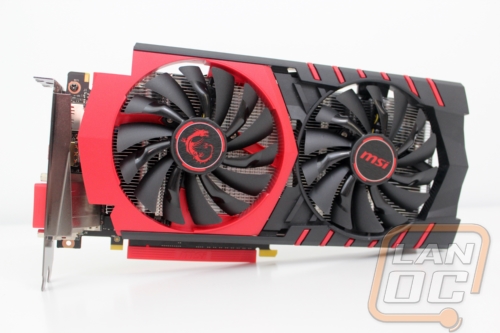 Being the second GTX 950 that has come through the office I was especially curious how the cards compare specification wise. Both cards have the same 2GB video memory and 128 bit memory interface. The MSI has three different modes that effect the clock speeds of the GPU. The OC Mode runs with a 1127MHz base clock and 1317MHz boost clock. From there things drop slightly to the 1102MHz base clock and 1279MHz boost clock of the gaming mode. Then MSI added a silent more that turns things down more to 1026MHz base and 1190MHz boost. The Asus I tested was slightly faster with its gaming mode coming in slightly above the OC mode of the MSI so it will be interesting later to see how that changes the performance. The MSI does overclock the memory slightly from 6610MHz to 6650MHz from the stock clock, the Asus doesn’t touch the memory at all.

The GTX 950 Gaming 2G has the same black and red theme that the last few MSI cards have had. The new design drops the metal shroud that I loved but looks great. The coolers design uses two gigantic fans that are nearly taller than the card itself. This is MSIs Zero Frozr design that is just like their Twin Frozr cooler but when things aren’t running at max load the fans automatically turn off the keep things quiet. Not only is this card tall but it is considerably longer than the Asus GTX 950 that I reviewed previously. 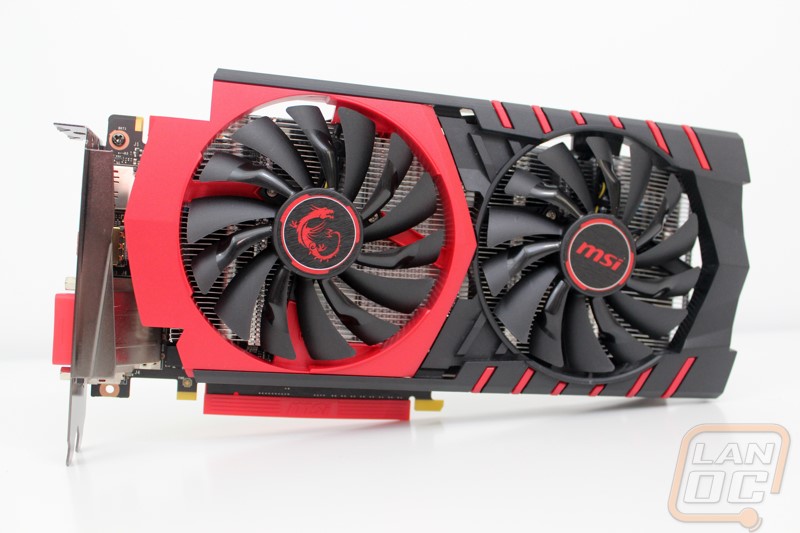 The Zero Frozr cooler uses three heatpipes that run right on top of the GPU and pull the heat out over the extremely long card. The overall design uses the two large fans that blow down over the large heatsink and then out the open areas around the entire card. This means like all of the other non-reference cards that the 950 Gaming 2G will vent its heat into your case so keep that in mind. The top edge of the fan shroud looks great as well, the red trim wraps around and MSI slipped in a nice MSI logo. 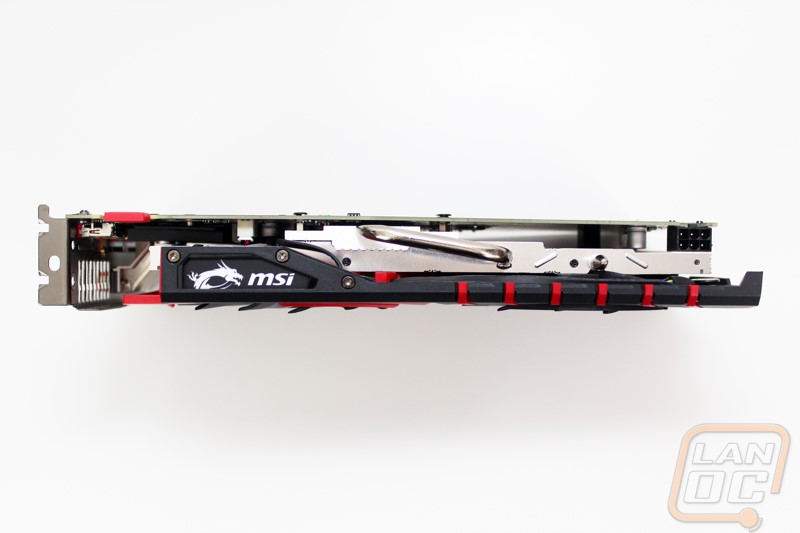 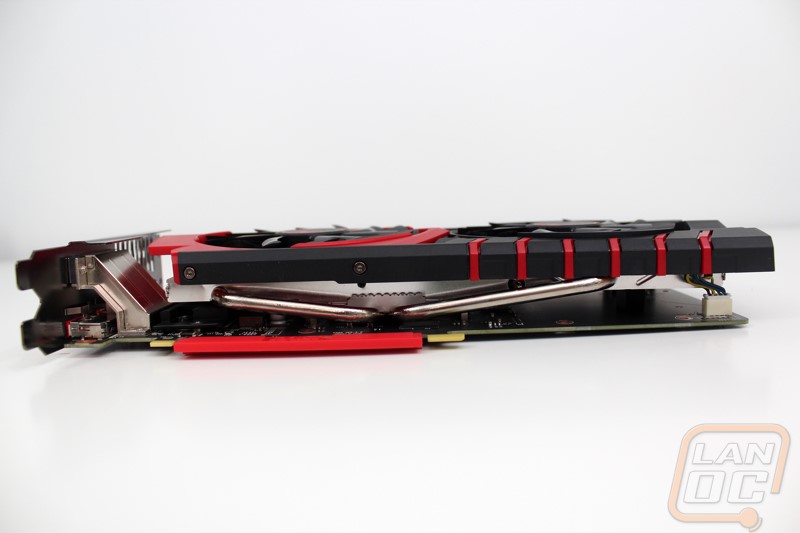 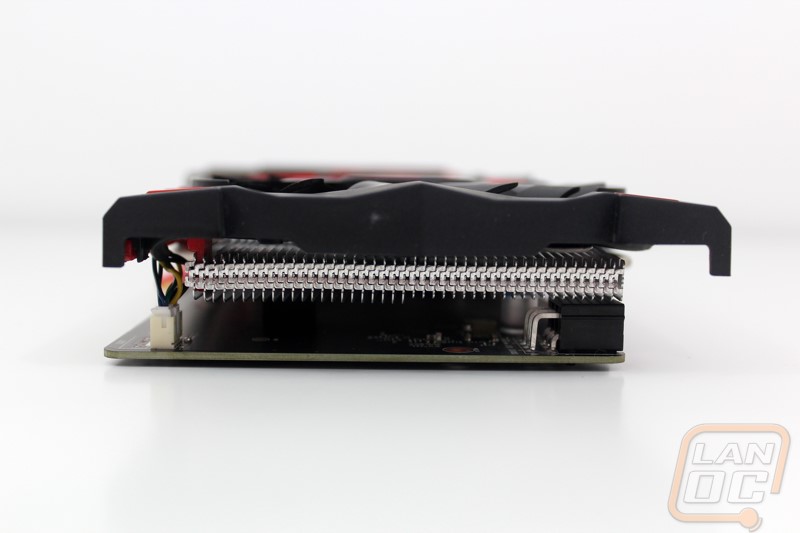 Like I said before, the card is a little on the tall side. The PCB itself is slightly taller than the top of the PCI slot but it is the heatsink, fans, and especially the fan shroud that really adds to the height. 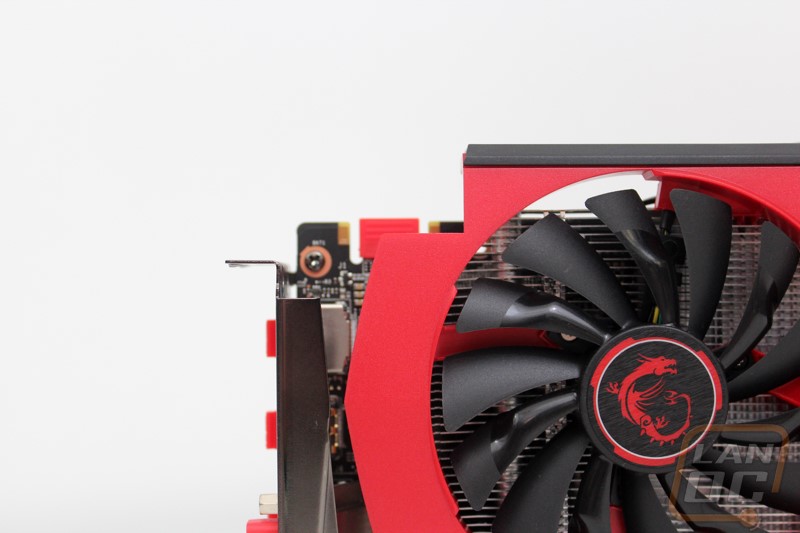 For power the 950 uses a six pin power connection. The plug faces up rather towards the back like the Asus. MSI did flip the plug backwards and as you can see in the photo below they had to notch the PCB to make that work. Flipping the plug lets them get the heatsink right up on the connection rather than having to work around leaving space to get your fingers to the clip. 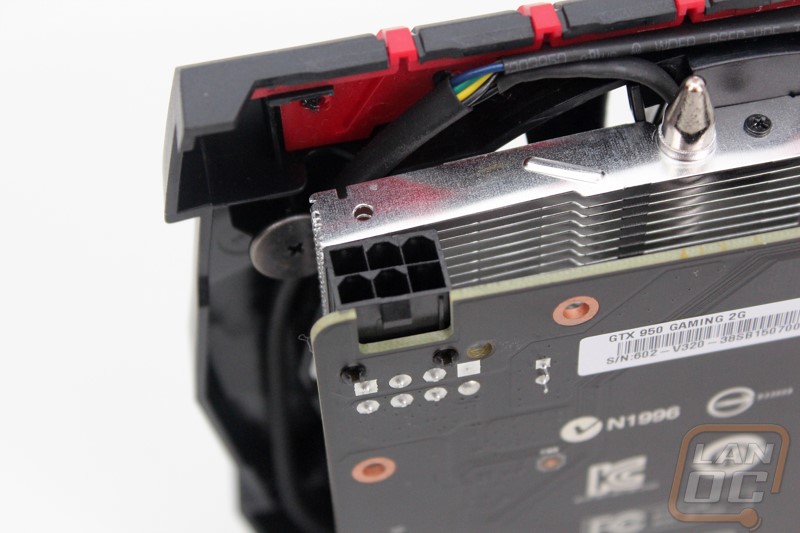 Just like the Asus GTX 950, the 950 Gaming 2G does come with a single SLI bridge. Keep an eye out on the website next week as I will be taking a look at the SLI performance as well. Being just a single bridge you are limit to just two cards in SLI, but that isn’t a big deal. 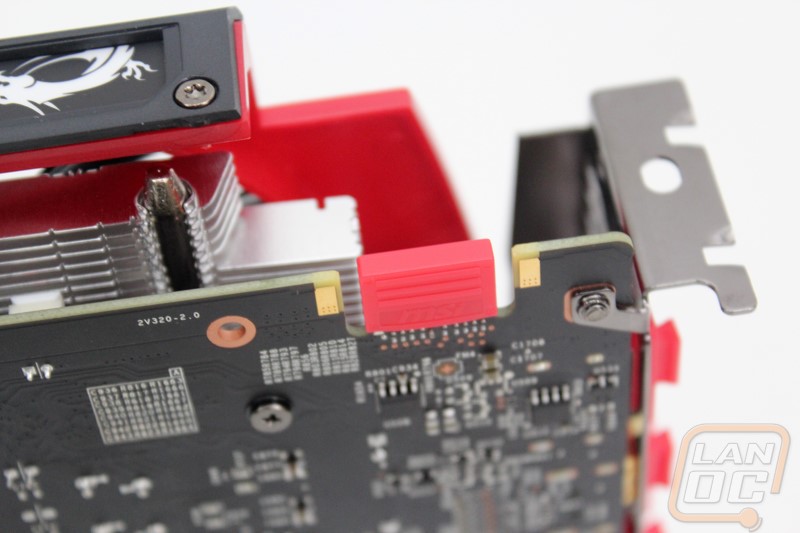 For the display connections on the 950 Gaming 2G MSI went with something a little different than the Asus card I took a look at. They went with three DisplayPort connections, an HDMI, and one DVI. Typically I would call this a normal setup but at this price point the rest of the competition both on the GTX 950 side and the R7 370 side are all making sure to include two DVI ports because at this price range the likelihood of a lot of people running all DisplayPort monitors is a lot less likely. For cooling the rear PCI slot does have a half vent but given the cards design I don’t see it being used much. 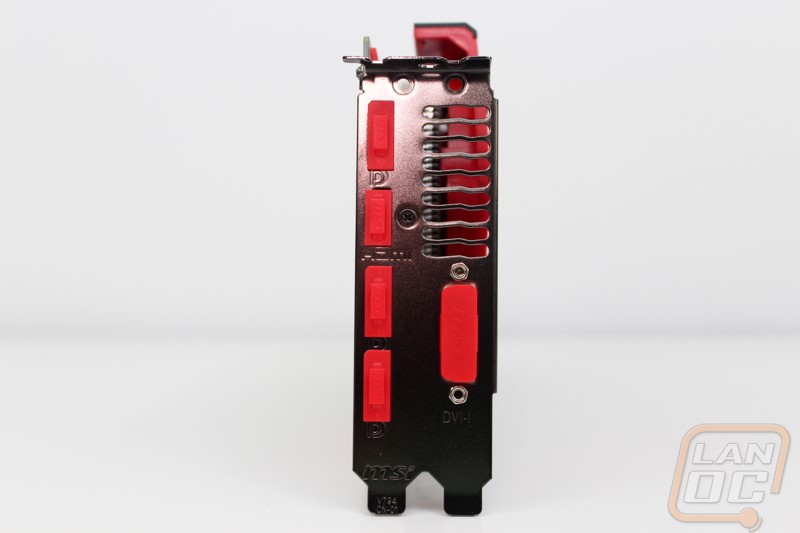 The back side of the 950 Gaming 2G continues the black from the red and black theme. The PCB has a sharp flat black finish. It’s interesting to look at how empty the extended part of the PCB looks. Sometimes companies will expand the PCB and space everything out more to help with cooling but for the most part this time MSI just did it to move the power connection down farther to keep it from being in the middle of the cooler. 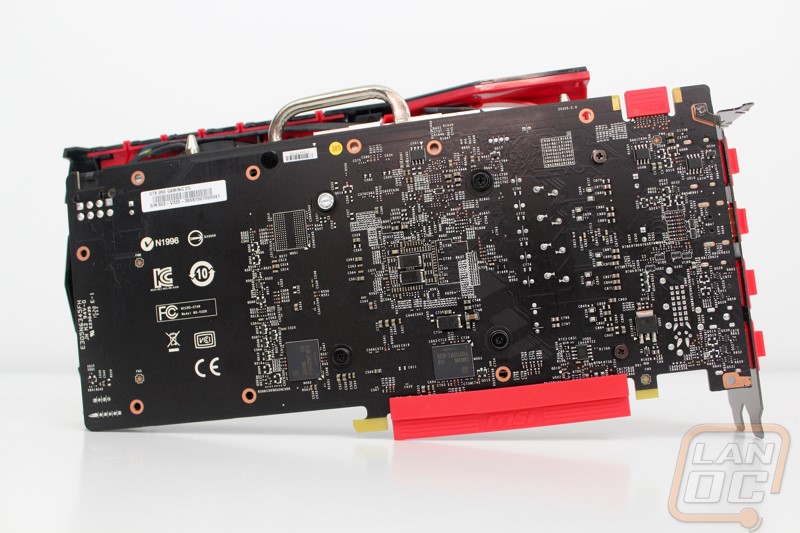