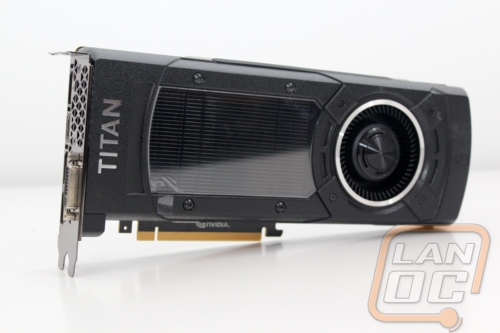 For the reference Titan X card Nvidia really hasn’t done anything too crazy for the cooling. The card has the same fan shroud design that they have used on all of their higher ends cards from the GTX 780 on. This means the fan shroud on the Titan X is all metal with the large widow over the heatsink. Each heatsink fin has been anodized black just like on the GTX 980, GTX 780 Ti, and the Titan. Unlike the 980 the fan shroud itself is also black this time around giving the slightly old design a new (and awesome) look. I still love the all metal reference design that Nvidia has going on and I don’t think I would trade it for anything else out there currently but I’m glad they changed it up slightly to give the Titan X a really unique look. The Titan lettering is machined out as well as the ring around the fan itself to give a little contrast. 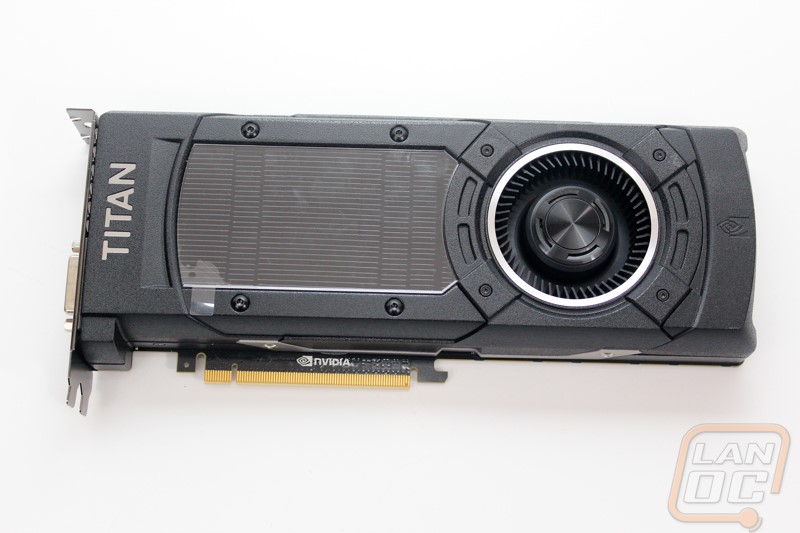 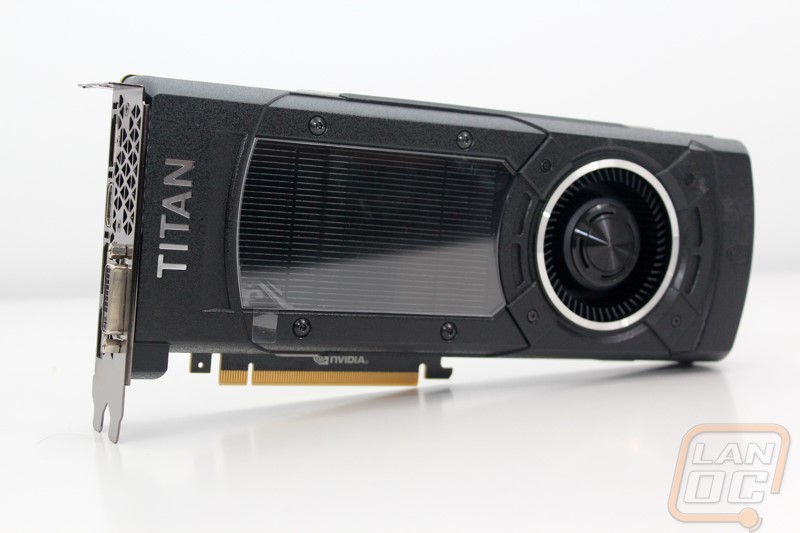 Up on the top of the card as well as on the bottom Nvidia also left one single stripe in the original silver, personally it looks a little out of place on the otherwise black card although I think if it had the same machined look like the trim area and the Titan logo it would look better. The GeForce GTX logo is till up top and it is still backlit. Considering the movement for keyboards, mice, and headsets to all have RGB lighting I hope Nvidia follows along and lets us light up the logo in any color we would like. It would make a big difference in sticking to a theme in a build. I know a few people who have gone with different cards specifically because the green logo would contrast their build.

For cooling the design as always uses an outward blowing fan design that pushes the air across the Titan X not down onto it. This means that only a small amount of the heated air vents into the case. This only comes from the end of the card as well because the bottom and top are sealed. The rest of the hot air goes out the back of your PC making this a great design for small builds that have very little cooling, assuming you can fit the card that is. 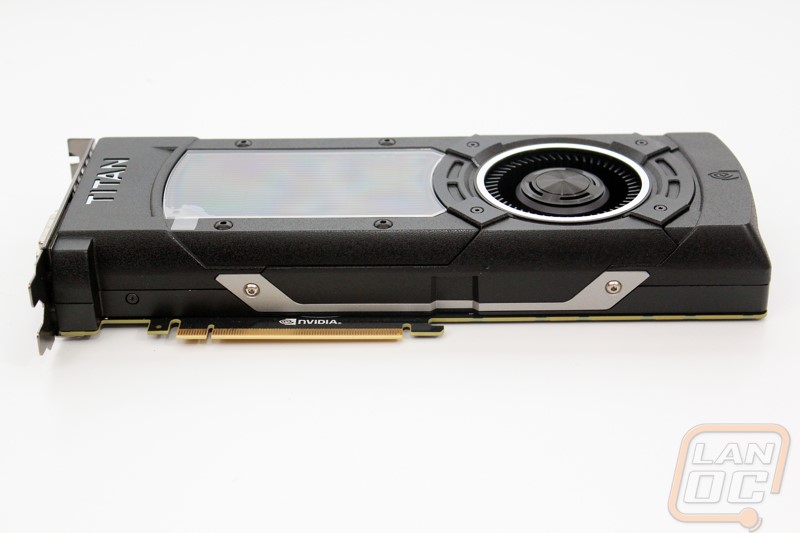 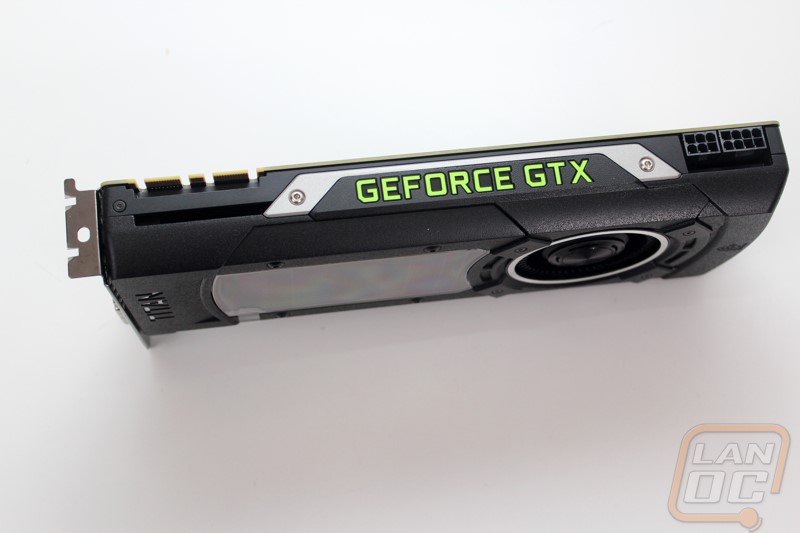 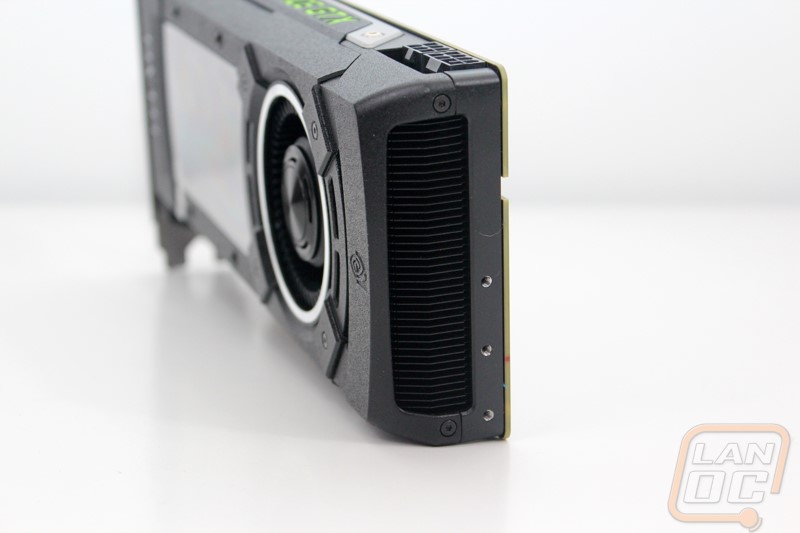 The Titan X is capable of running in a quad SLI configuration and to handle that the card has double SLI bridge connections in the standard location on the top edge of the card. 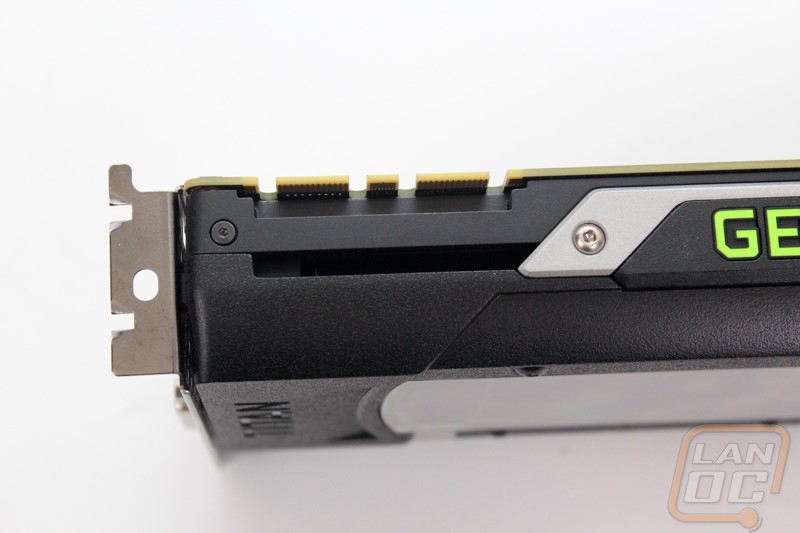 While the TDP did jump up to 250 watts, the power connection stayed with an 8+6 configuration. This is the same as the GTX 980 and nearly every other flagship Nvidia card over the past few years (other than the GTX 680). 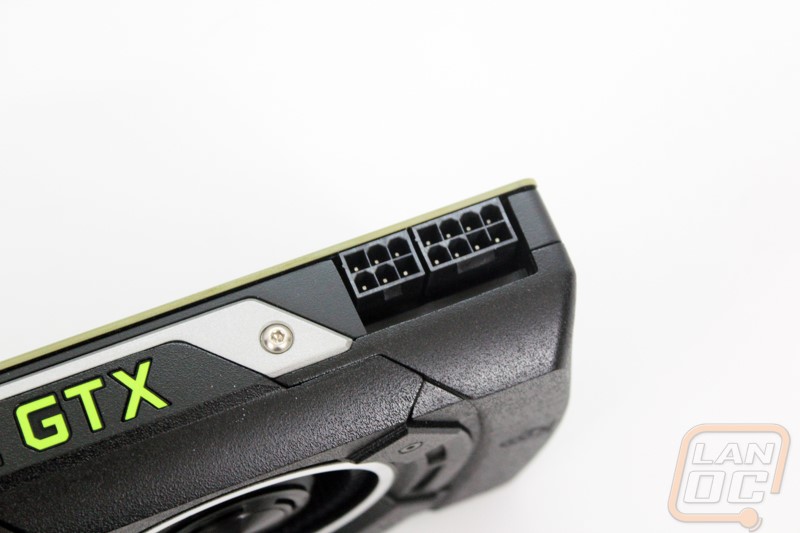 Connection options on the Titan X are exactly the same as the GTX 980. We have a single dual link DVI port, one full sized HDMI, and three full sized DisplayPort cables. The Titan X also uses the same PCI slot cover as well with all of the triangle shaped vents packed in every possible location. 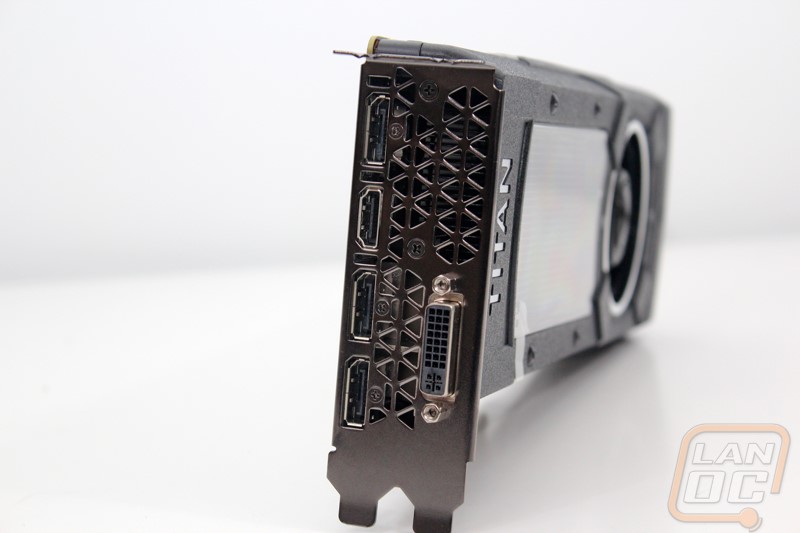 The back of the Titan X is actually really interesting when compared to the GTX 980. They actually dropped the thick backplate that the 980 had this time around. I’m not sure if this was related to the additional heat that the Titan X generates or if there was another issue. That said this time around we can actually get a better look at the back of the PCB. They went with a black PCB like Nvidia has used on their reference cards for years now. All around the GPU they have packed in NAND chips to pack in the 12 gigs of ram. I was surprised that without the backplate they didn’t at least use a small backplate on the back of the GPU like we normally see. 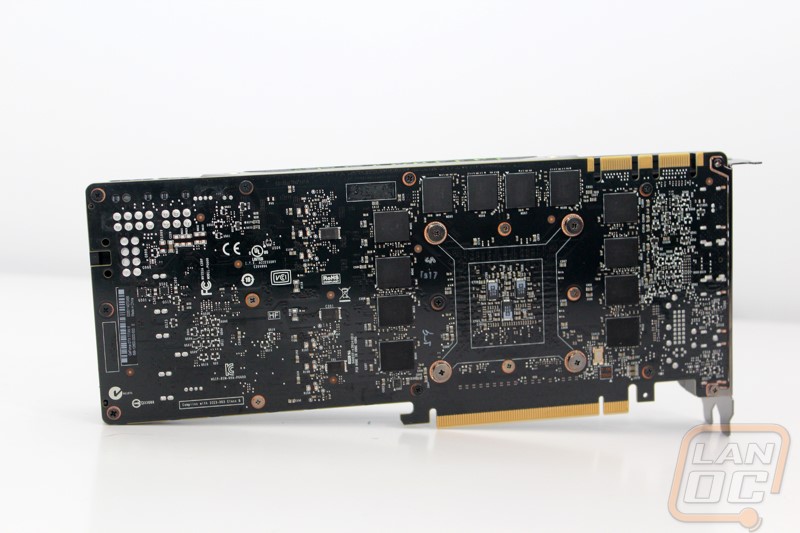