Power usage for the GTX 760 reference design was surprisingly low but when I took a look at the overclocked EVGA card I did see a jump in power usage because of the overclock and the additional fan. With this card having only slightly more on the overclock but a third fan I was curious to see where it would fall. It wasn’t all that surprising when the results put it at 6 watts over the other overclocked GTX 760 while under load but I was surprised that the idle power was lower than both the EVGA card and the reference design as well. Under load this put the Gigabyte GTX 760 OC Windforce up close to the power draw that the reference GTX 770 pulls under load and over what our GTX 670 did as well. 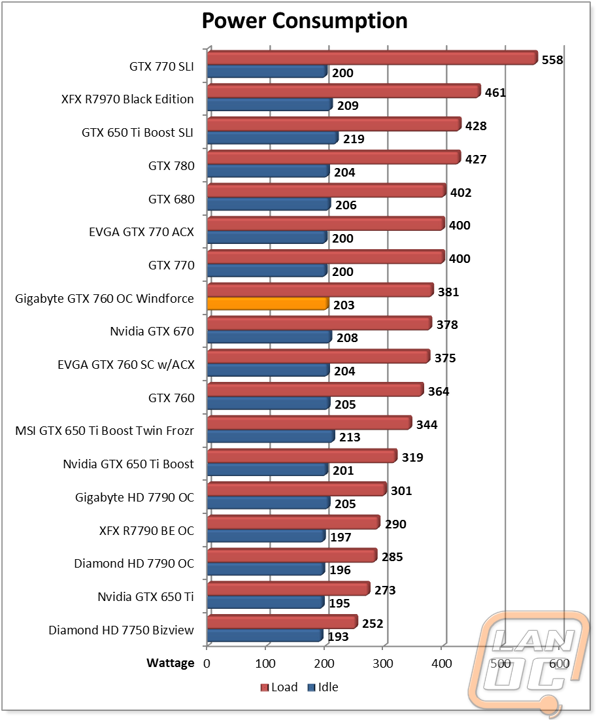 With three fans, noise can be a big issue if for any reason they end up at 100% load. This was especially clear in my testing where the Gigabyte GTX 760 OC Windforce barely missed being at the top of the pack in 100% testing, thankfully this card shouldn’t need to spool up that much if it is doing a good job with its cooling. So let’s see the cooling results. 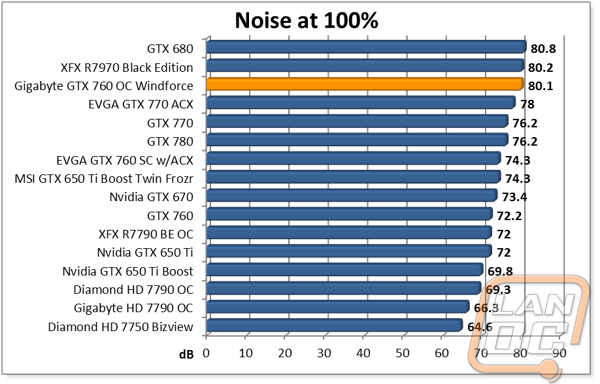 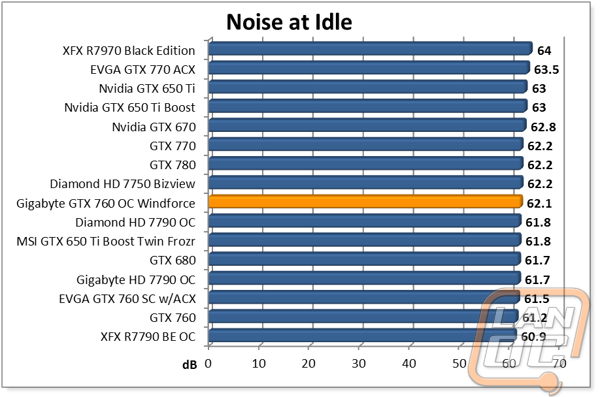 So what will three fans and a large heatsink get you for cooling these days? Well in our testing the Gigabyte GTX 760 OC Windforce ran between 58 and 59 degrees the entire time it was in Unreal Heaven Benchmark 4.0. It ran extremely quiet as well as the fans hardly had to run. This doesn’t put it in as the coolest card tested, but very close. Gigabyte has tuned the fan speeds to a nice balance of cooling and noise for the Gigabyte GTX 760 OC Windforce. 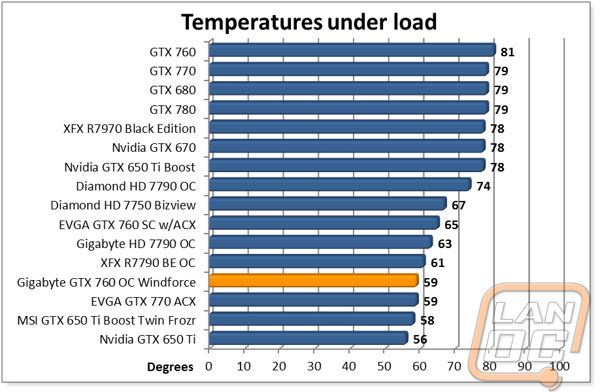 Yeah I agree, I mentioned the same thing in the review. But I mention it because some people like to turn up their fan speed manually, and if they do they its going to be noisier than the other GTX 760's tested.
Read More...

We have 1662 guests and no members online