The design of the MSI GTX 650 Ti Boost Twin Frozr 2Gb OC Edition is spot on for what we saw in the GTX 660 from MSI as well, this isn’t a big shock considering our reference card also matched the GTX 660. The card is actually shorter than the reference design but it’s hard to tell from looking at it. The Twin Frozr design with two cooling fans looks great and I love the aluminum fan shroud design as well. The Aluminum design makes the card feel solid. Next to the reference design with its plastic design it is night and day. 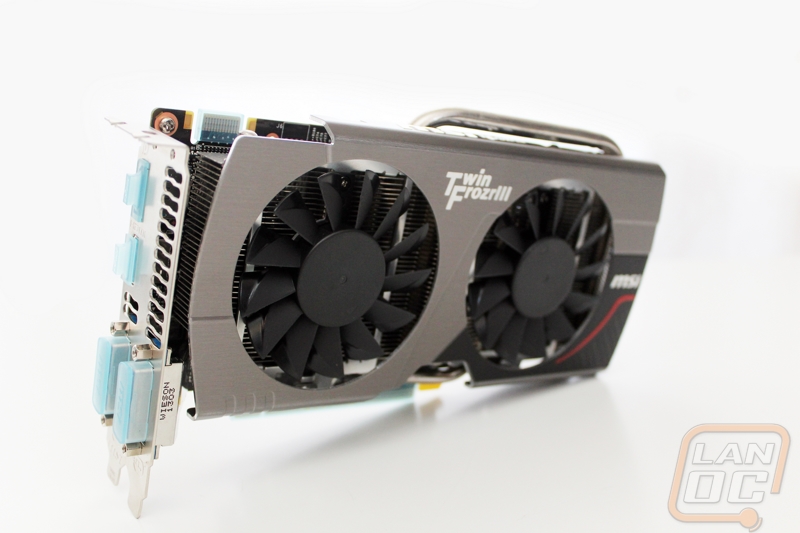 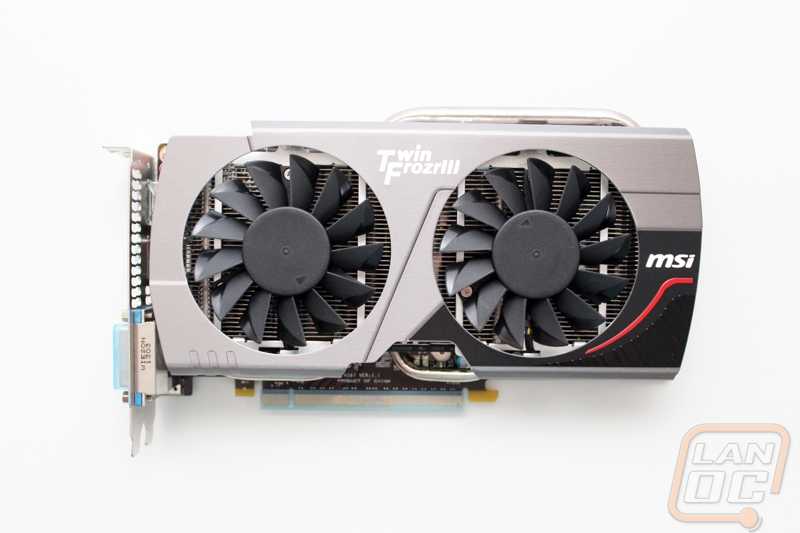 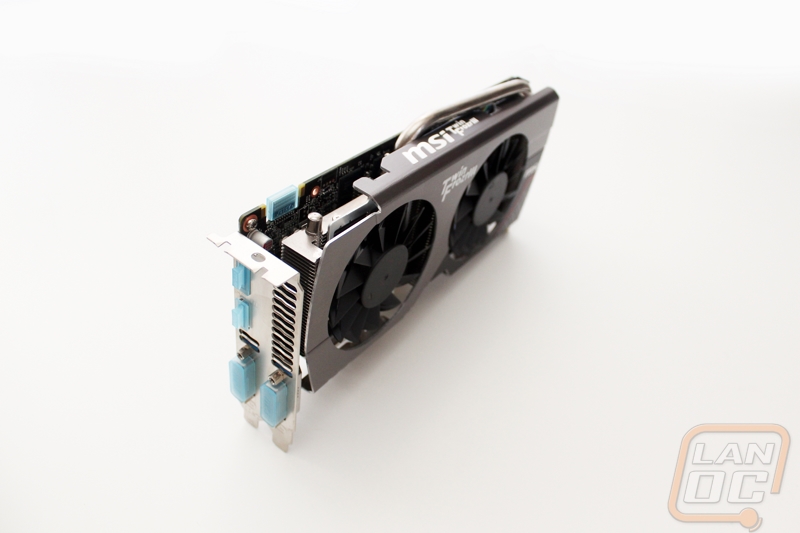 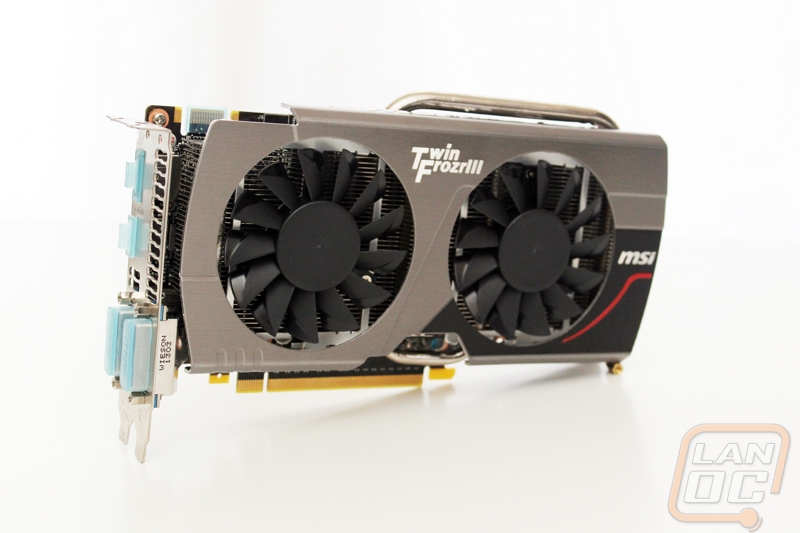 The Twin Frozr design uses three heatpipes to pull heat away from the GPU and out across the cards cooler. Two of the three are on the bottom and the third is on top. The top heatpipe is the longest of the three as well, it pulls the heat out to the end of the heatsink. 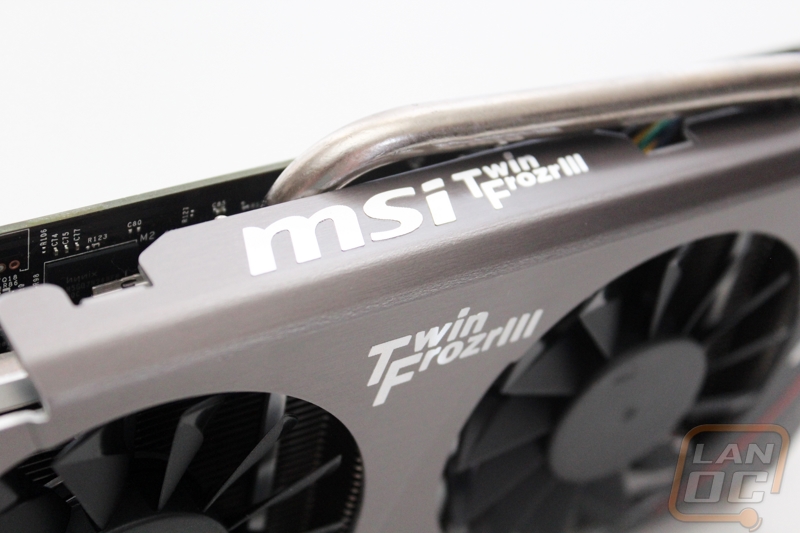 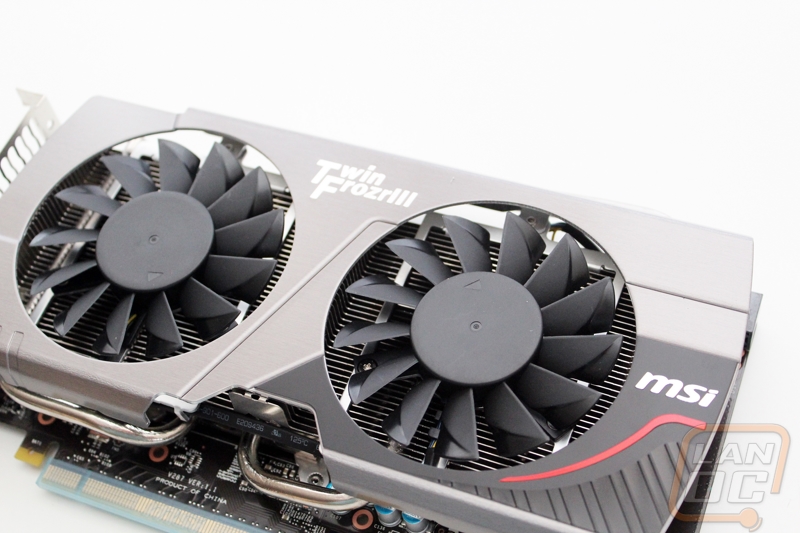 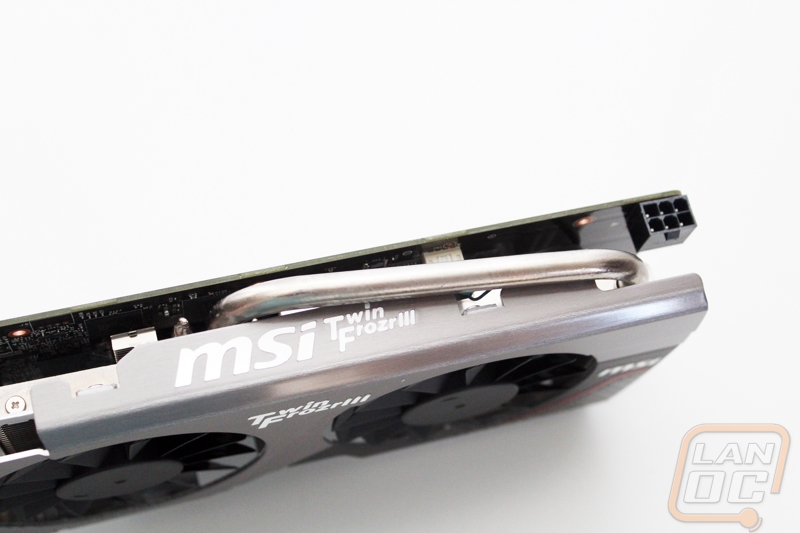 I mentioned it before but this is a good example of the open air design of the twin frozr cooler. It does make for the best possible air flow but you will also have warmed air vented into your card that could change the temperature of your motherboard or CPU. 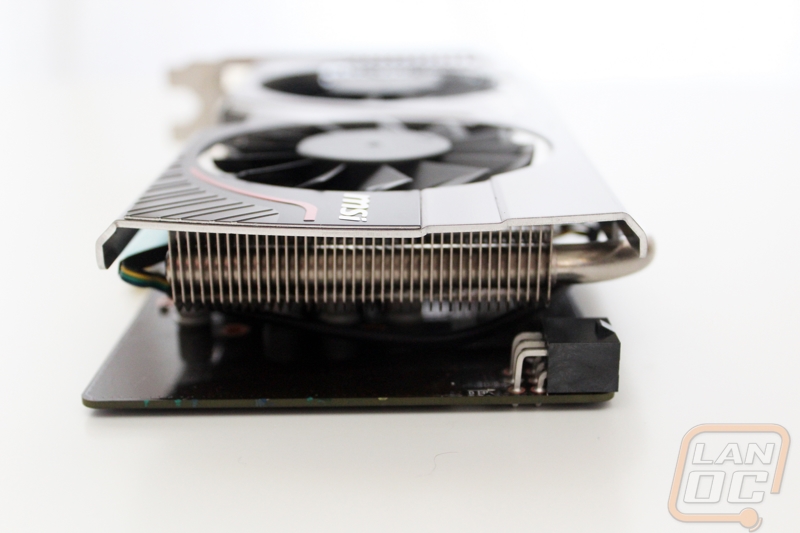 All the way on the end of the PCB and card is its power connection. All you need is a single six pin power connection to power the MSI GTX 650 Ti Boost Twin Frozr 2Gb OC Edition. 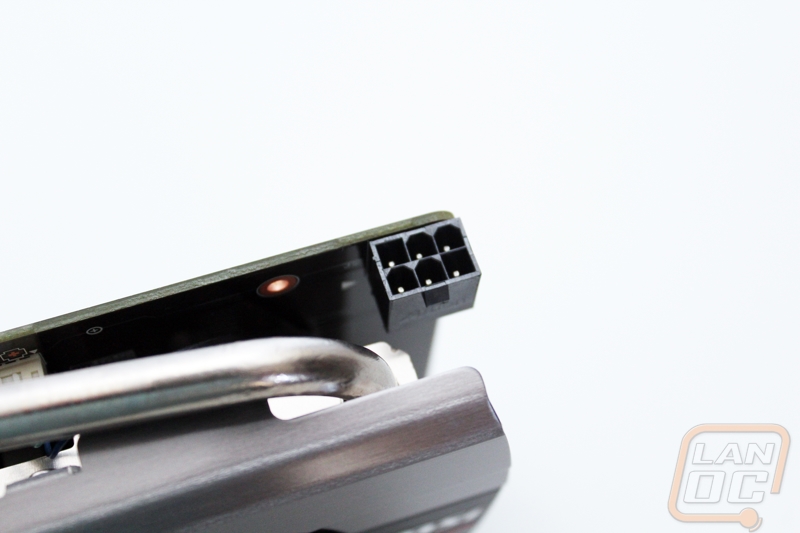 Around back we can see the cards brown PCB. It’s not a black PCB like I would prefer but the difference isn’t far off. 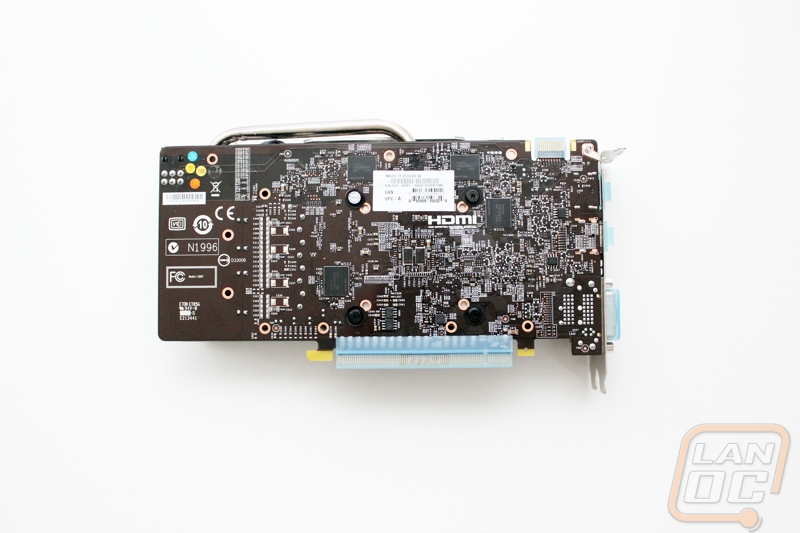 The rear PCB is ventilated but the card itself isn’t really designed to push all that much airflow out of the back. You do still get a full size display port and HDMI port as well as two DVI ports. One of the DVI ports is dual link for those of you who have a 2560x1440 monitor to hook up. 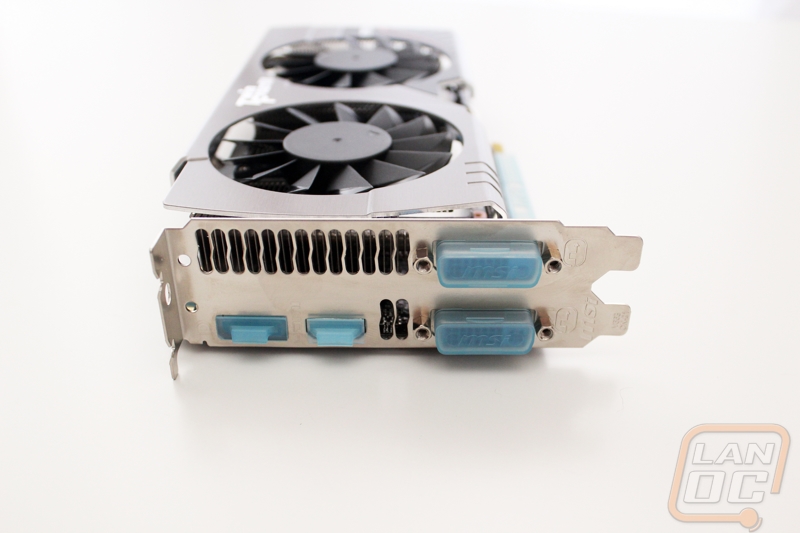 I spoke a little before about the cards length but it’s much easier to see what is going on when you sit it next to the reference GTX 650 Ti Boost. Overall it shorter in length but when you flip things over you can see that the MSI’s PCB is longer than the reference card. Unlike the reference card the MSI’s PCB goes all the way to the end of the card. If you look close at the PCB you can also see that there really isn’t much going on beyond the original PCB other than the extended power connection. If you look at the cooling on the card you can see that they extended out the PCB to move the 6 pin power connection out of the way of the cards heatpipes. 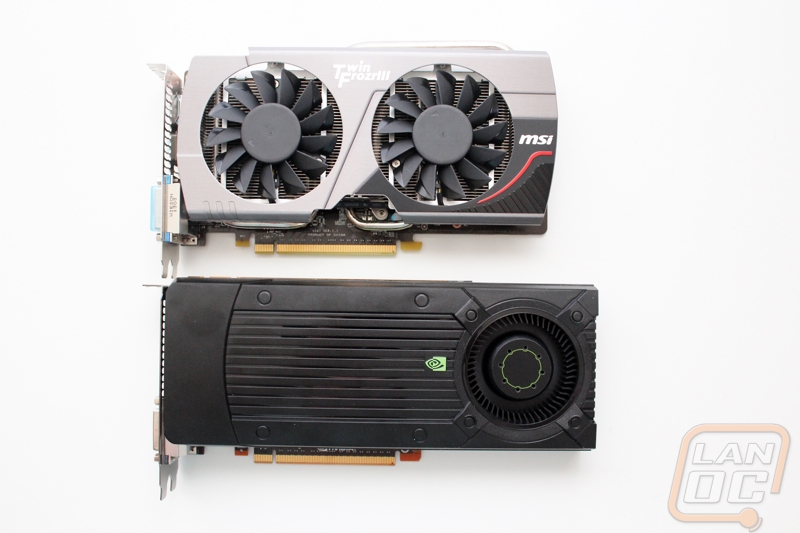 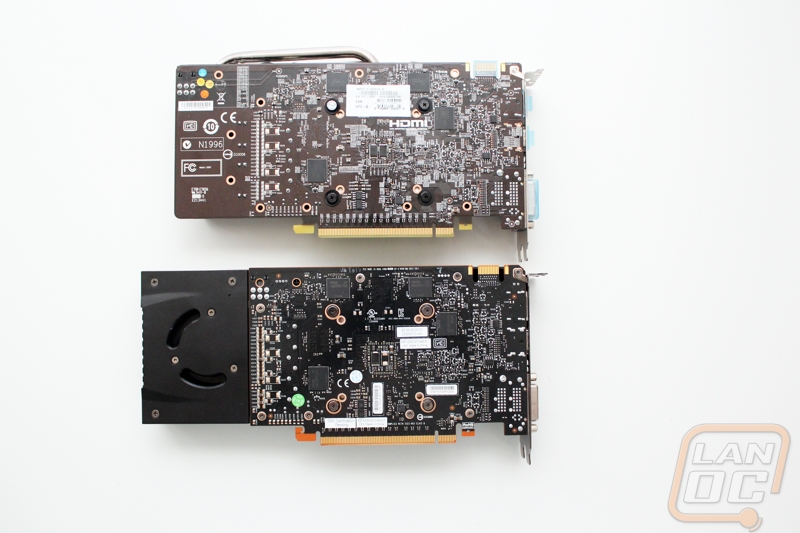 We have 1269 guests and no members online