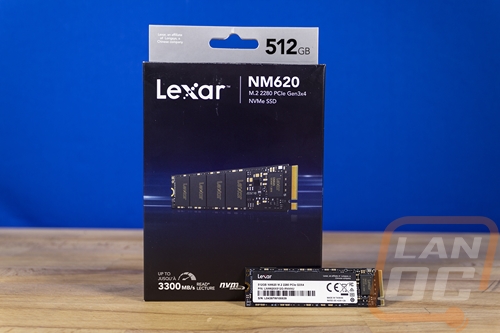 The packaging for the Lexar NM620 is similar to the NM610 that I previously took a look at. They have the drive front and center featured. Then in the background a fade from the blue behind the drive to black. Then up top, they have everything all together and easy to read with the Lexar logo on the left and the model name on the right. The drive capacity is up above that. They do also give you an idea of the drive speed down at the bottom with an Up To 3300 MB/s logo and another that lets you know that this is an NVMe drive. The back of the packaging repeats most of what is on the front. But the back does have a sticker on it with the drive's serial number as well as the UPC and all of the normal regulatory logos that they have to have. 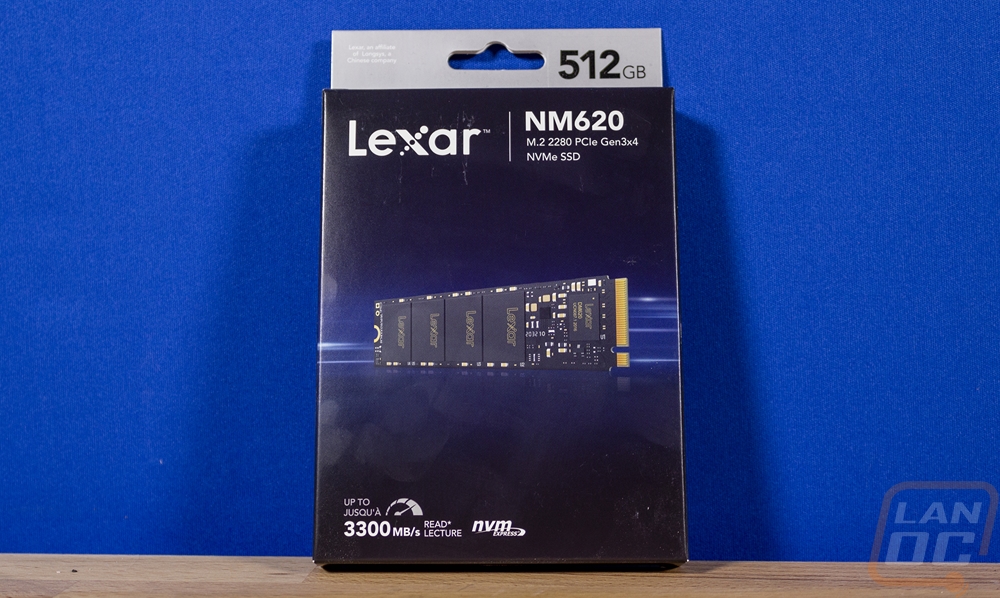 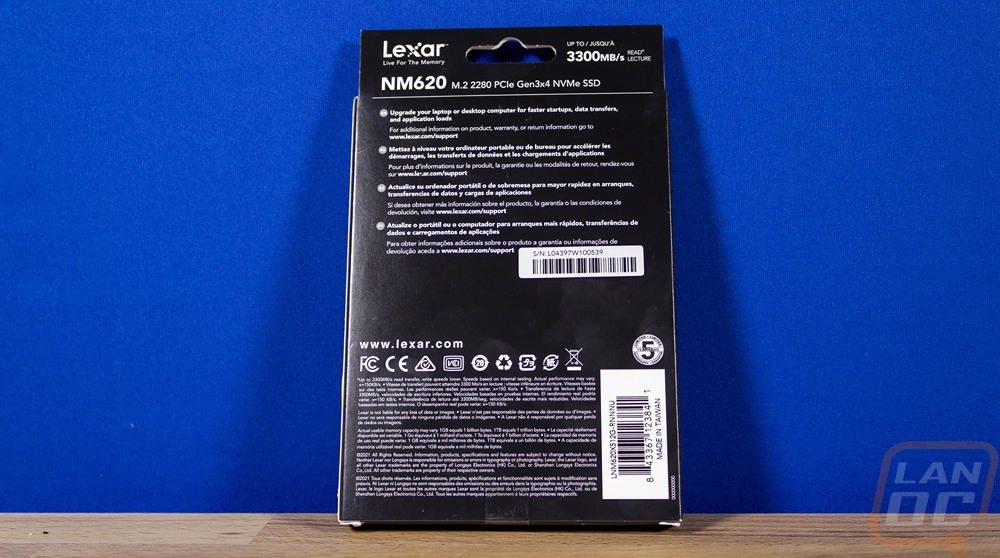 Inside of the main packaging, the NM620 comes in a clear plastic clamshell tray that keeps the drive in the center and away from the edges to keep it safe. Inside I was surprised that they include a small baggy with an M.2 screw. I’ve never had a drive come with a screw, but given how easy they can be to lose I don’t mind having an extra. It also has a small folded up piece of paper which is an installation guide and has more information on the drive's 5-year limited warranty. 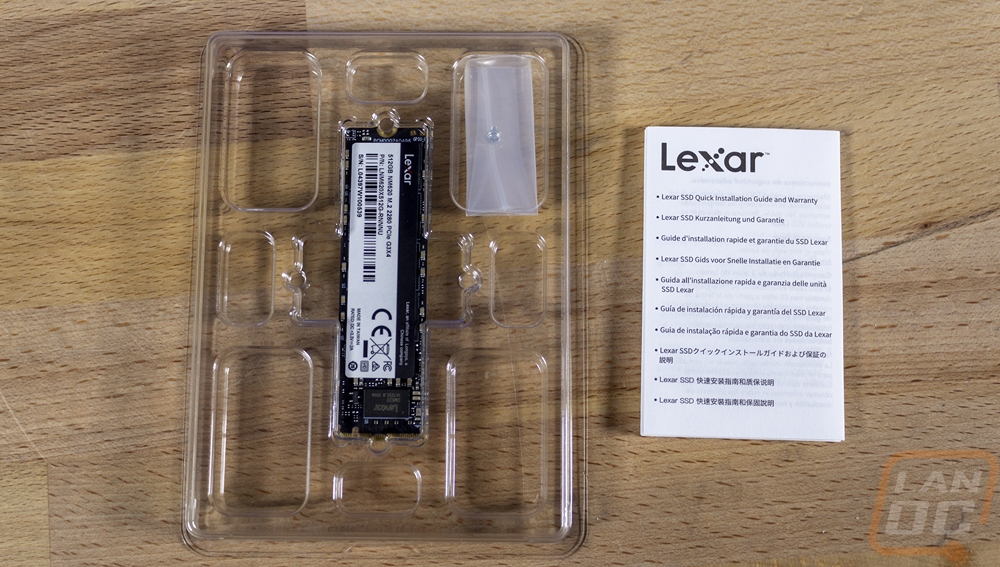 The NM620 has the same styling as the NM610 which means it has the same white and black label on the top. The top section of the label just has the Lexar branding. The bottom half then packs in everything that needs to be on the drive. That includes the drive capacity and the model name, then below that the part number and the serial number as well with a barcode. Then over on the side, it has the regulatory logos. The NM620 has a black PCB as well so it does match the black trim on the sticker, but it doesn’t have the same all-inclusive look that drives like the WD Black, Sabrent, and any of the drives that have been including a cooler. So don’t come in expecting it to stand out. Of course, looks don’t affect performance at all. 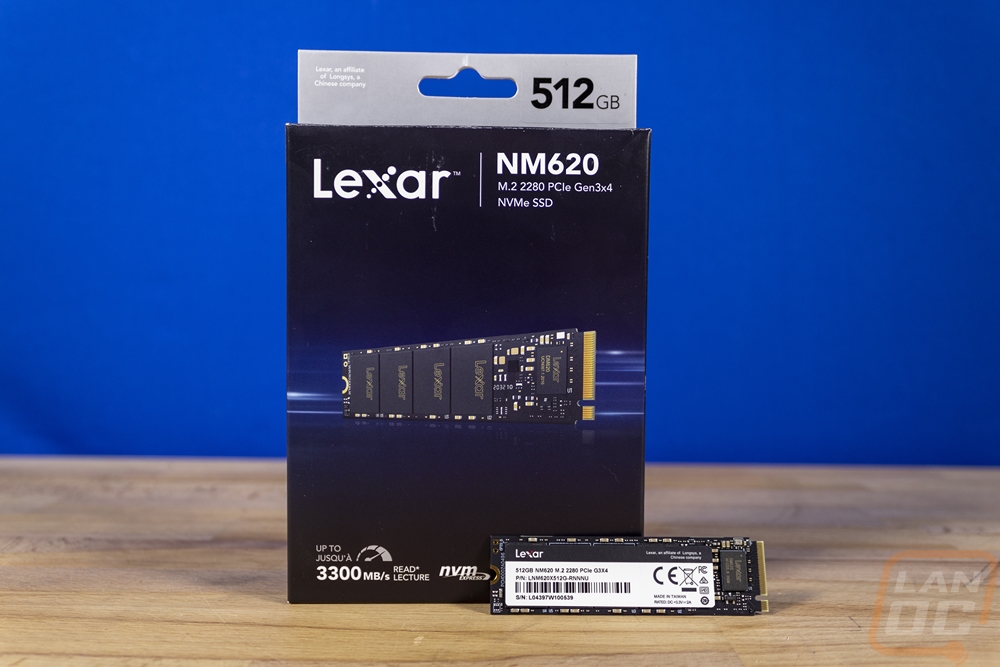 I took the information sticker off so we could get a better look at what the NM620 has for components. Both the front and back PCBs have a nice flat black finish which I like. The back of the drive is completely bare, it looks like even the higher capacity models will use any of that space so everything is on the front. As for the front, the NM620 has four NAND pads but this 512GB model which is the middle capacity (256GB and 1TB) doesn’t use two of the four. The two NAND are Micron and have the NW964 code on them which is the short code for the MT29F2T08EMLCEJ4. That is the Micro 96 layer 3D TLC NAND. Then over on the right for the controller, the NM620 has a Lexar in house controller. Well, more of an “in house” deal because the rumor is that the controller is based on the Innogrit IG5216 with a custom firmware. It is a PCIe Gen 3 controller running at x4 and if you notice there isn’t ram on the NM620 so this is a DRAMless configuration that helps keep costs down but has a few drawbacks like often having a little shorter lifespan compared to a drive with a cache and it can affect performance in some situations.

We have 1624 guests and one member online