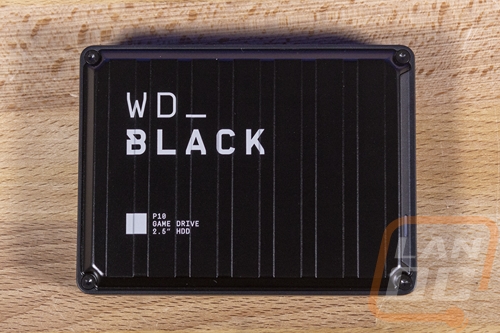 One of the biggest things that sets the new WD Black product lineup apart from Western Digitals other external hard drive lineup which they have had for years is the WD Black styling added to the drives. That, of course, means an all-black drive for the P10. This is a drastic change from the bright colors of the WD My Passport lineup, like the bright orange drive that I covered last year. Now the color isn’t the defining feature of the P10 or any of the new WD Black drives, that would be the aluminum top cover that has a strong military-like look to it. This design bridges the gap between the styling that we have seen on the SN750 with heatsink and the styling of today's gaming consoles. They do have a P10 which is Xbox One focused as well which adds some white accents as well. But for me both my Xbox One and PS4 are all black and the P10 fits that look and more important for me the black will blend in my entertainment center. 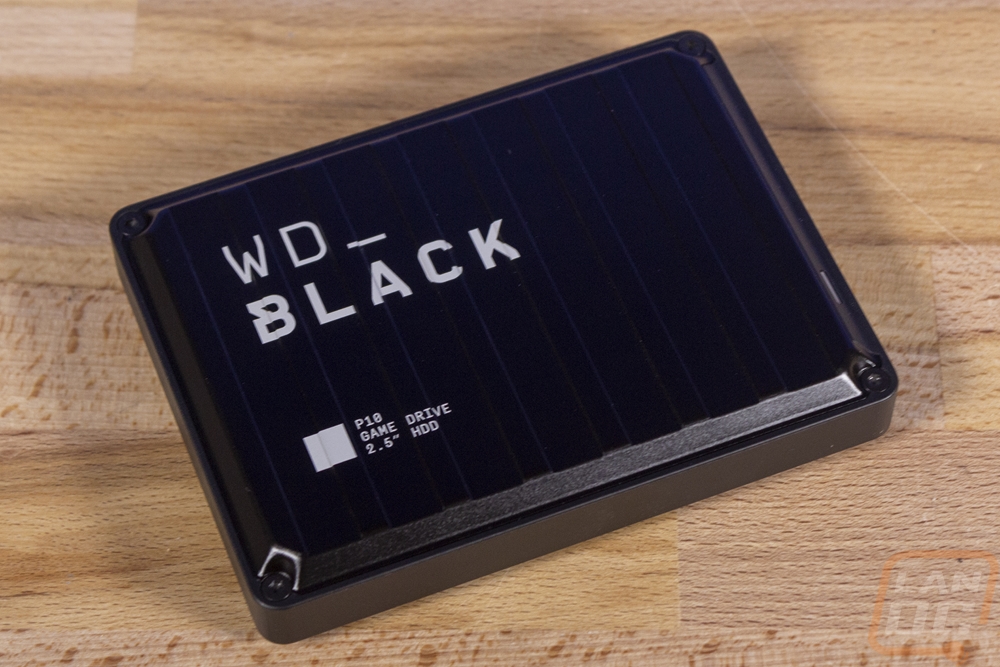 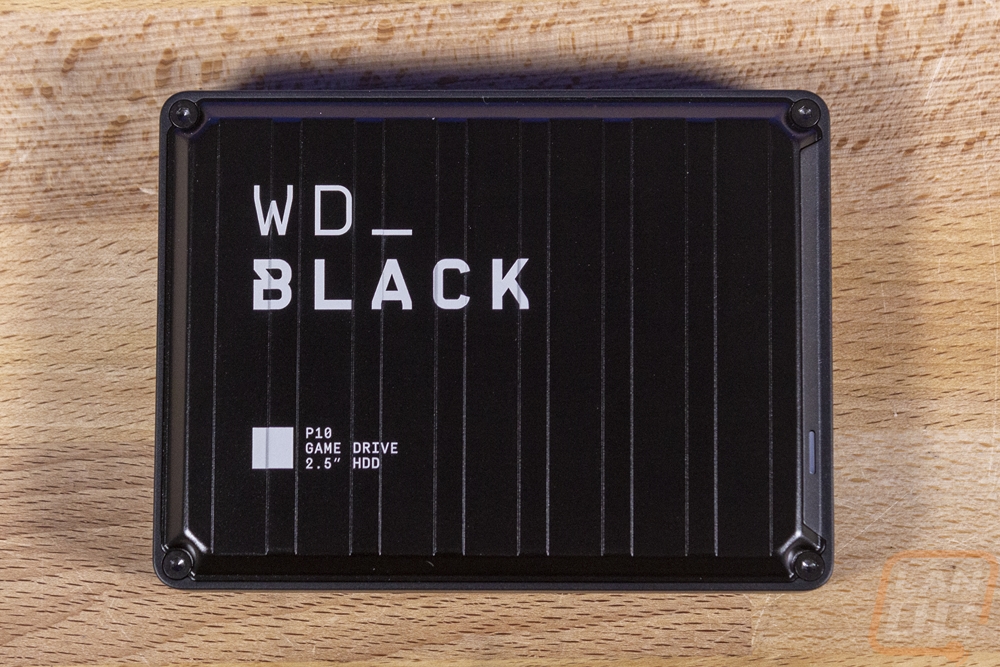 Getting a look from a different angle does a lot better job of showing the shape of that aluminum top panel. It also has the WD_BLACK branding and below that, the model name and it even mentions that this is a 2.5 inch hard drive inside. The only thing missing is having it show the capacity which for this sample is the 5TB model. The P10 is available as a 2TB and 4TB as well. 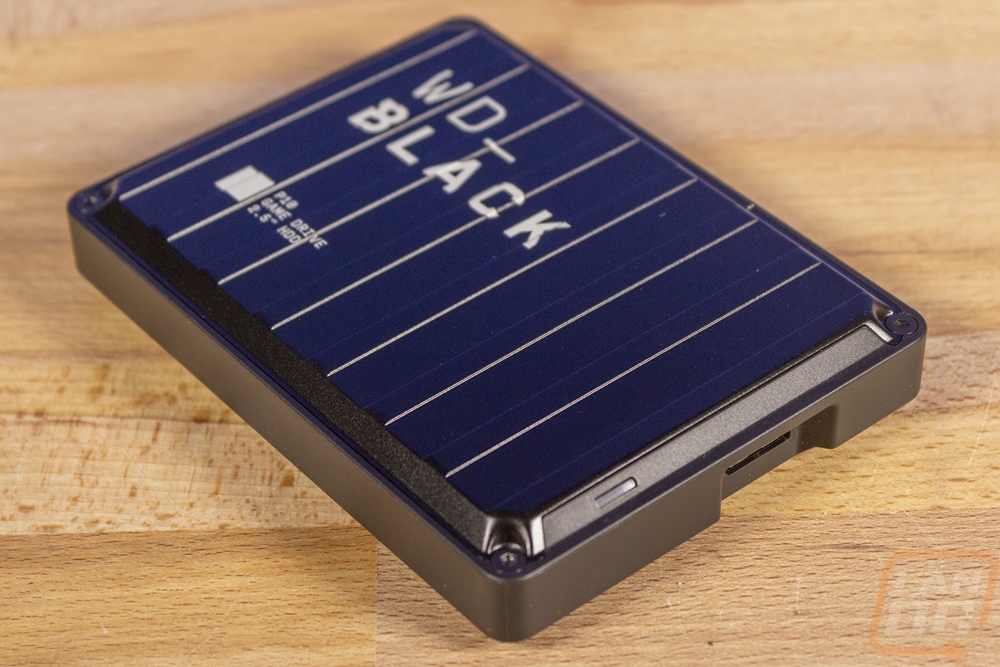 On the front edge, you can also see there is an LED which lights up white when the drive is plugged in and powered up. This is just above the only plug on the entire drive which is an old school USB 3.2 micro USB plug. This is very similar to the Micro-USB plug that you may have seen on phones and other devices, only it is wider. I’m really surprised that they didn’t go with Type-C with that becoming a very popular option and with Western Digital using it on some of their own drives as well as far back as a year ago. Type-C is much easier to plug in than the wide micro-USB, especially when you don’t have to worry about which direction it is plugged in. They do include a cable with the proper Micro-USB to Type-A connections but if you have to get a replacement in the future it is going to be a lot harder than a Type-C to Type-A would be and you most likely aren’t going to have one already floating around. 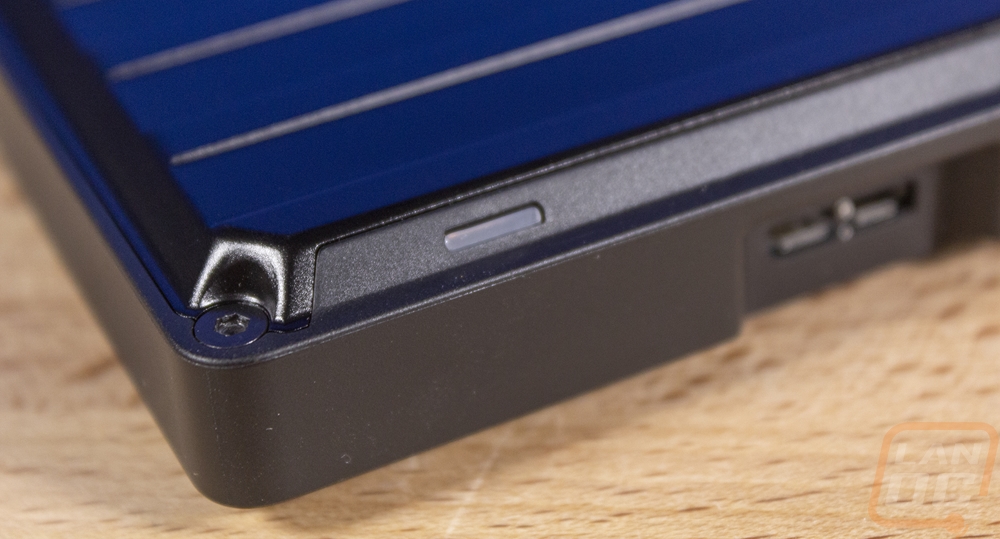 The bottom of the P10 has a similar ribbed shape as the top of the drive but this is all plastic. All of the required logos for certifications are just debossed into the casing. Then below that, there is a sticker that has information like where the drive was made, serial and part numbers. I thought for sure with them not putting the capacity up on top that it would be really clear here on the bottom but the sticker doesn’t mention the drive's capacity as well. I know it is a small complaint but when you forget how big a drive is it would be nice to not have to plug it in to figure that out. The bottom of the drive also has four small rubber feet put in the corners which is enough to keep the drive from moving around. 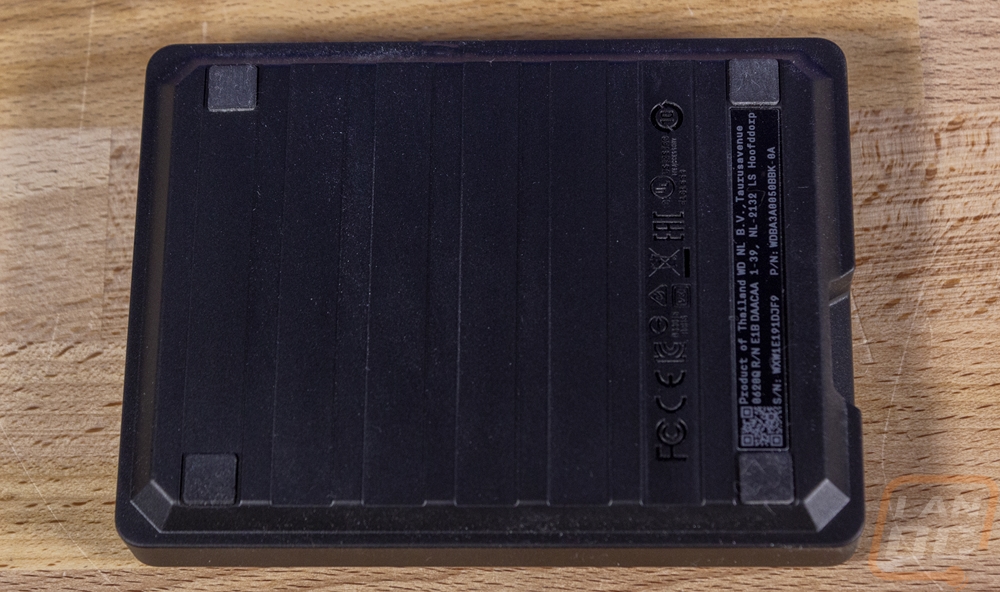 We have 857 guests and one member online