The Enterprise 4X (from now on to be referred to as Enterprise, or potentially some other geeky Star Trek designation) clearly looks like something straight out of the Original Series. There is a blue LED indicating power to the device, and green LED activity indicators for each of the hard drives. The case itself is square in the back, where the hard drives are stored, and the case comes out in front into a giant circle. The architecture in this device really is futuristic. There is a cooling fan at the top of the case to keep the hard drives cool, but the fan is also easily accessible enough to use a can of compressed air on to keep clean. 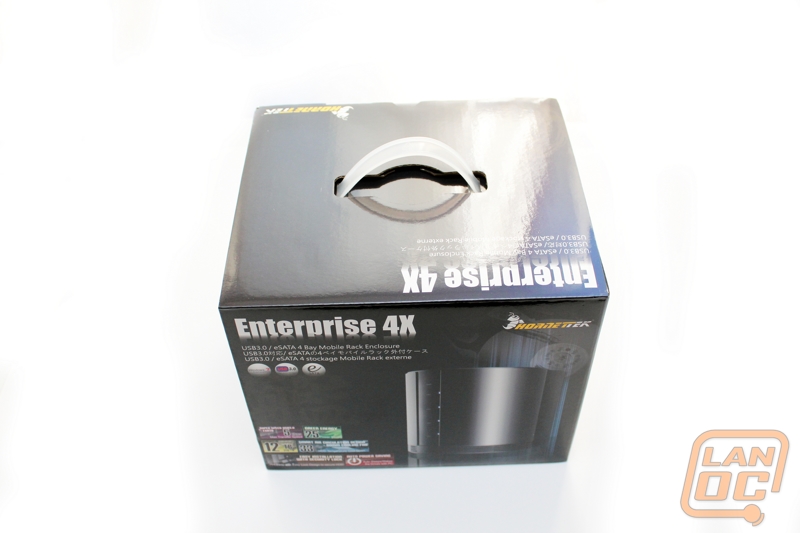 I like boxes with handles.  I know this sounds silly but unless it is a small device being able to sling it with a handle is great (unless the handle is really flimsy *I'm looking at you Acer*)! 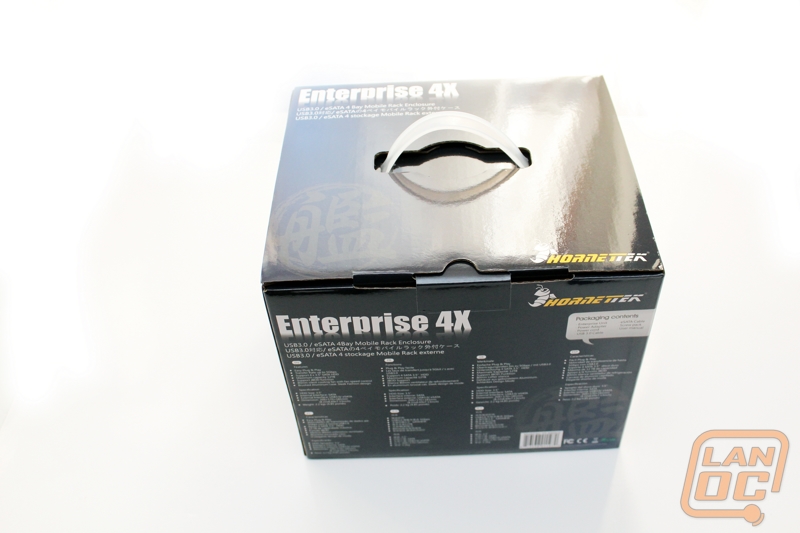 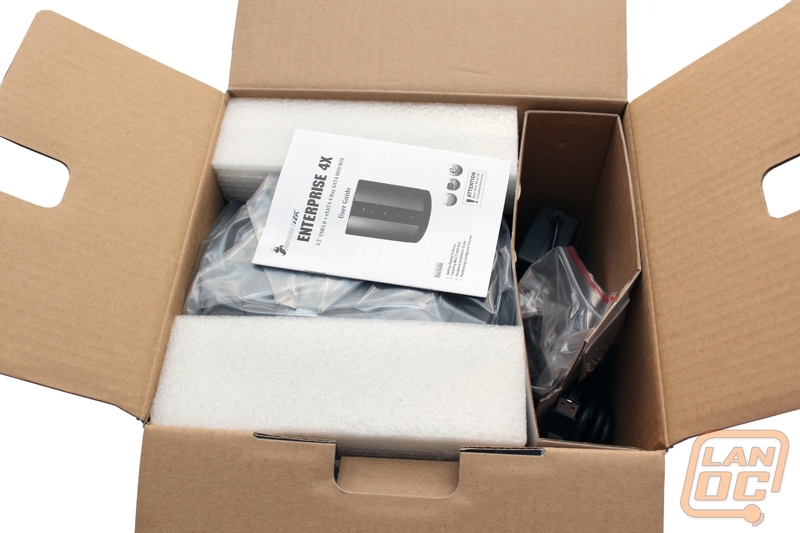 On the back, there is a USB 3.0 port, an eSATA port, a plug for power and a switch to turn the device on and off. I made the same comment about the HornetTek Fantasy as I will here. I do not understand why they put a power switch on this device. Most external hard drive enclosures I have seen simply use the USB bus to determine if the device needs to be powered on or not. It just seems so 2001. However, one fantastic switch on the back panel is a fan control switch so you can turn the fan down or up depending on workload. That is a nice touch. 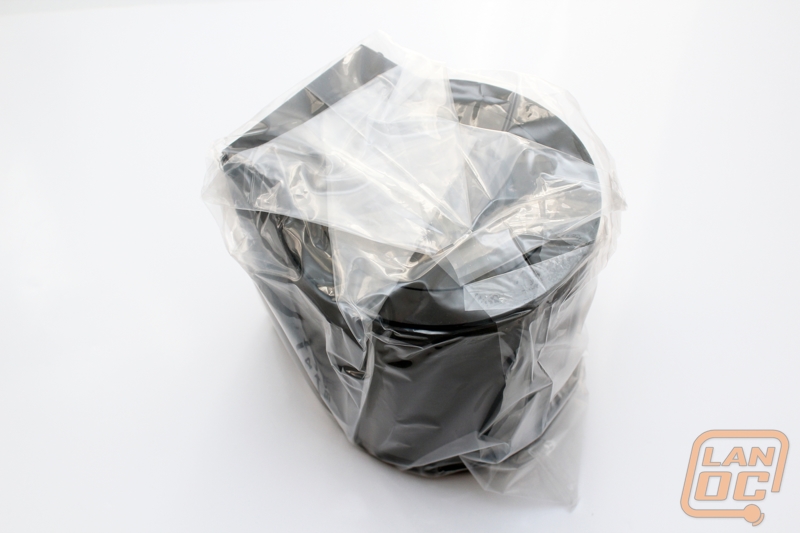 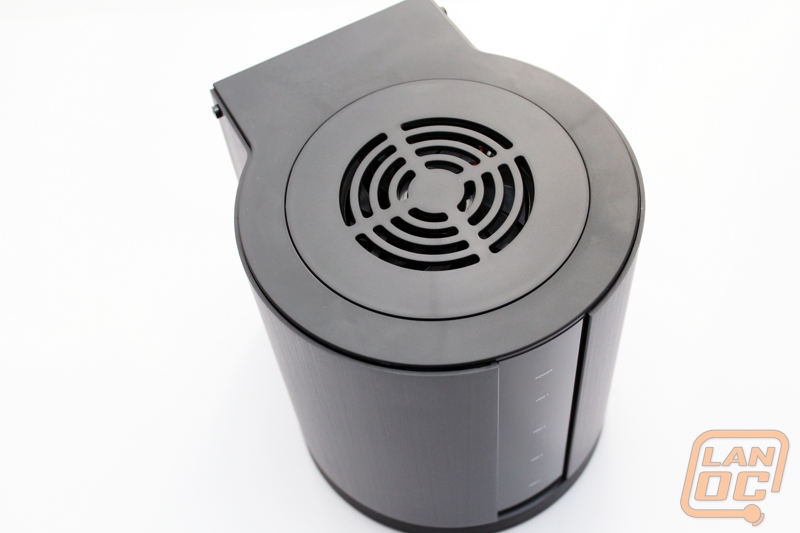 I love the circular shape of the front, which makes it easy to place a nice big 80mm fan in there to keep everything cool! 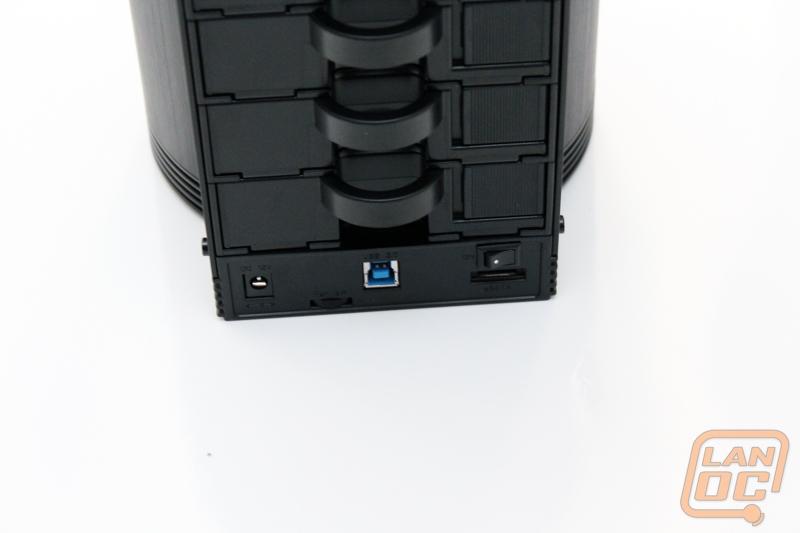 The Enterprise does come with all the cabling you need, which is nice to see. There is a power brick to power the whole device, and both an eSATA and USB 3.0 cable included of decent length.  I cannot emphasize enough how awesome it is that you actually get BOTH cables with the device.  Many external drive enclosures give you one of the cables, and some hard drive manufacturers are not even including cables in their retail-level packaging.  Cables are inexpensive, so it should be a simple decision to include the cable in the box.  HornetTek does that. 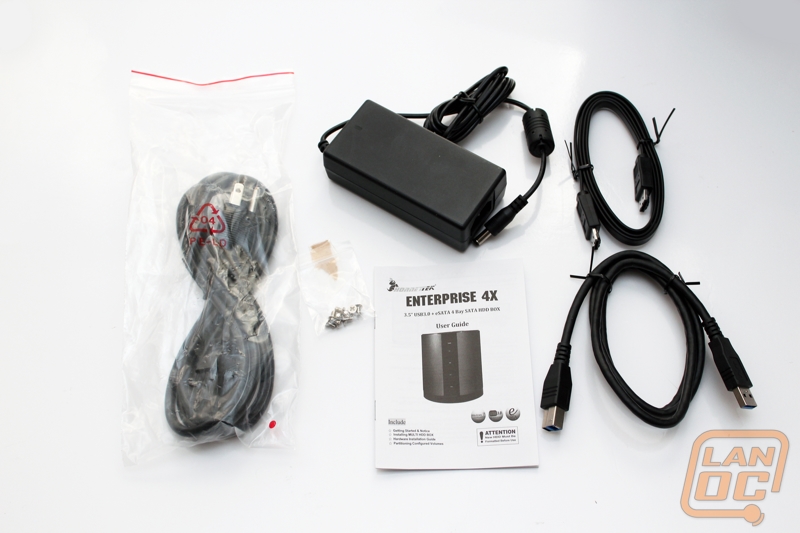 Loading SATA drives is fairly simple, although needlessly more tedious than it needs to be. The four hard drive brackets on the back are plastic and there is a black switch that must be activated in order to remove the shuttle for the drives. 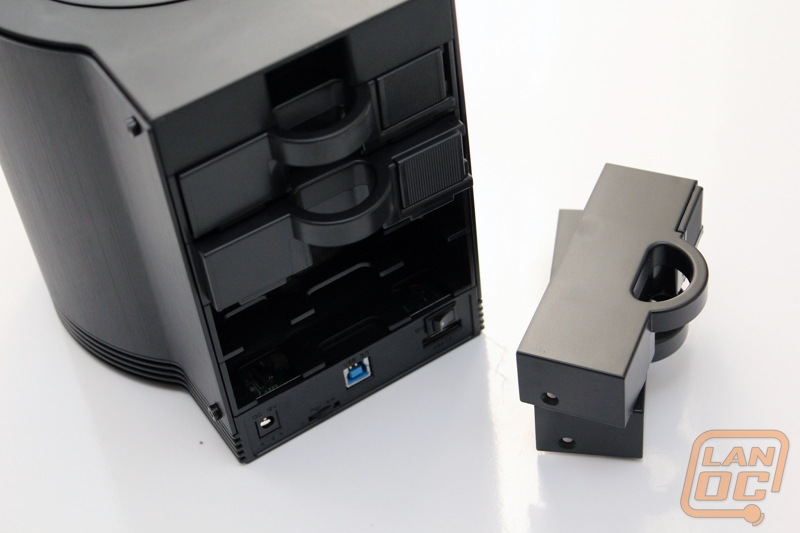 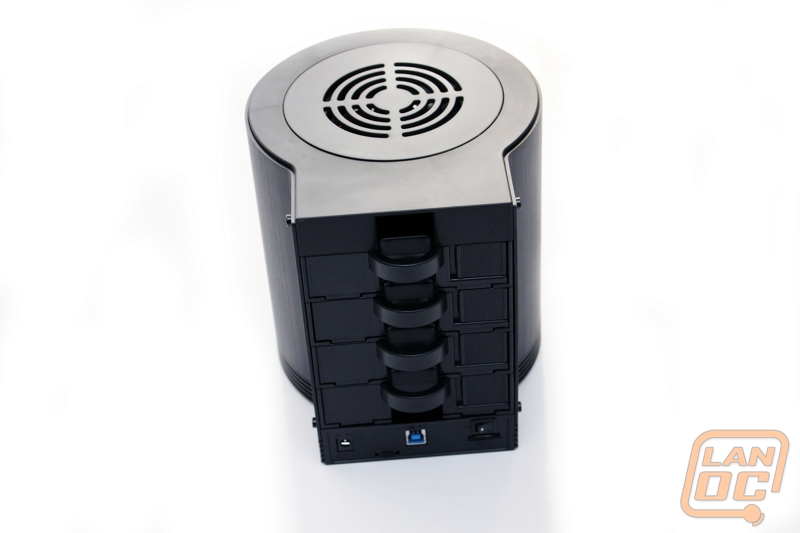