The Enterprise functions in a JBOD format, which means that there is no data redundancy on the information you put on it. I think it is extremely important to have data redundancy on a product that wants to be an enterprise-level device.  I suppose that a software RAID could occur making it more practical in that sense, but with a $139 price point on Amazon without a drive it seems a little pricey.  How do I come up with that assessment?  The Netgear Stora can be had for $229 with a 1TB HDD preinstalled.  Hard drive prices are insane right now, so adding 1 1TB drive to the mix would bring the Enterprise to the price point of the Stora, but the Stora would be more useful because the Stora is network attached storage.  Perhaps I am a bit biased here (and I am), but when I look at big external drive enclosures I want them to be gigabit network enabled, and not plugged directly into the main computer.  Most people have more than one computer in their household.  The Stora also allows you to create data redundancy right out of the box, which is important if you are storing large amounts of data on the drive.  However, like most of my reviews, I will rate the product on what it is designed to do, and not harm it too much by how useful I believe the device is.  In that respect lets move on to the performance statistics of the device. 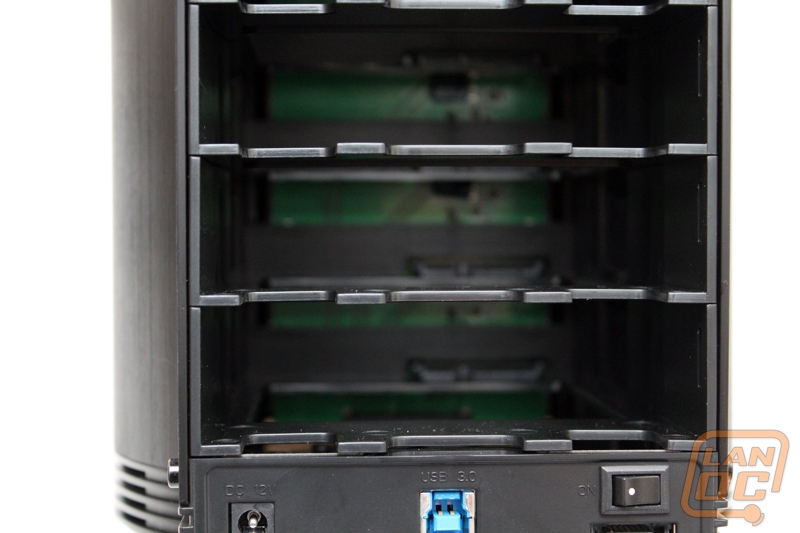 When testing the USB 3.0 connection, the Enterprise scored pretty well. With CrystalDiskMark the sequential test scored a read of 103.4MB/s and a write of 104.2MB/s.  That means a 5GB file can be transferred in less than a minute.  Having recently transferred a lot of data from a client's external hard drive, I can tell you that it would have been nice to have this to cut that transfer time down. 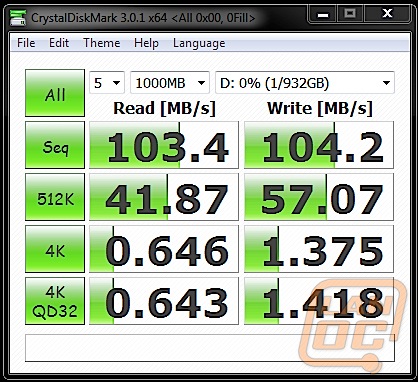 Similar results were seen with the eSATA test, recording 100.9 MB/s on the read and 105 MB/s on the write speed. It is nice to see consistency with both interfaces.  eSATA is a lot like Thunderbolt to me right now.  USB is just so dominant that I do not expect many devices to have eSATA and with the strict controls Apple has over cabling I am not expecting miracles with the Thunderbolt future support.  I am glad Intel is on board with it though! 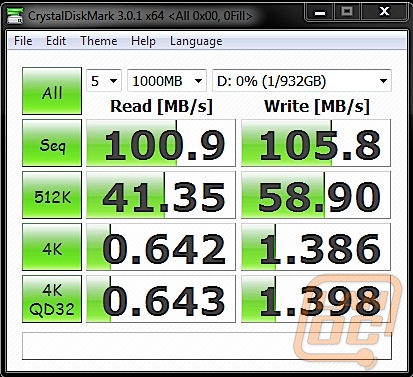 Interestingly, when the test system attempted a read and write test on a drive attached directly to the motherboard, the results were less-than-stellar. There clearly is a driver or cable related issue with the test system, but the numbers need to be included for the sake of a base line.

For the sake of an unscientific argument (since the machine running the benchmark is a machine that I no longer have easy access to), I ran BlackMagic's DiskSpeedTest on my Mac here in the office and generated up the following results: 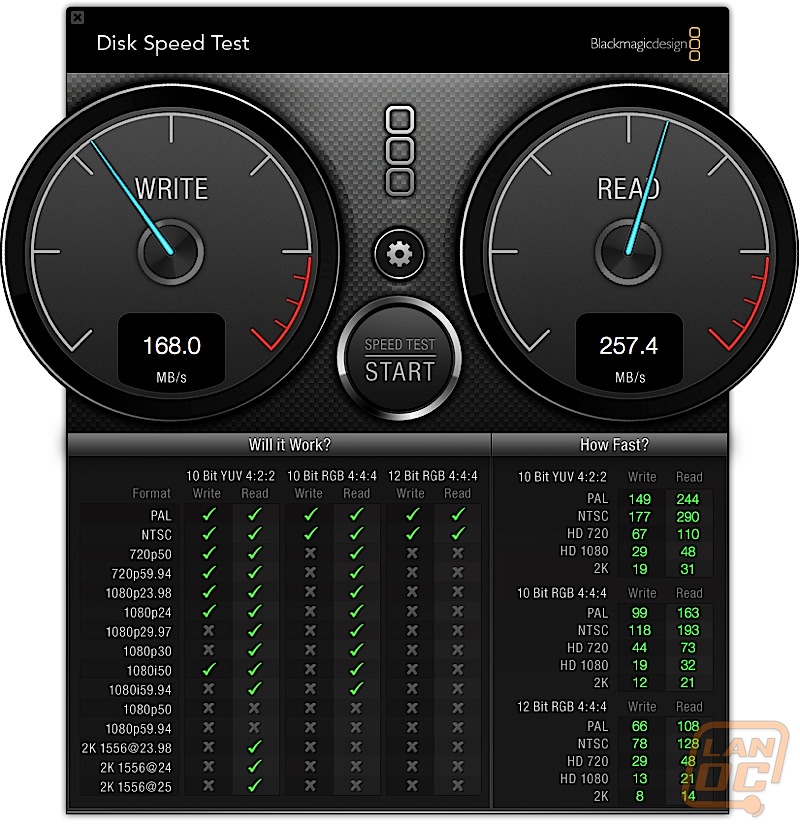 Overall I was pleased with the disk read and write speeds generated by the Enterprise.  I think on external drives performance does not necessarily be the be-all, end-all (since the first backup is usually the slowest and then everything after that is quick), but people do use external drives to stream media and function as scratch disks for Final Cut, Photoshop, or other high disk space usage programs.  For that, I believe the Enterprise is suited for that task.

We have 1078 guests and one member online