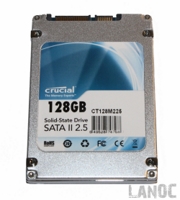 In the hard drive market there are just a few big names. With the introduction and growth of the SSD market it has opened up the market for anyone who wants to try their hand. Intel and OCZ have dominated the SSD market but that hasn’t stopped others from jumping in and bringing out their own. Crucial being well known in the ram market decided to jump in with a few SSD’s in the past. When we were at Million Man LAN, you could tell how excited the Crucial guys were about their upcoming SSD’s. Today I have a chance to take a look and see how well they perform against some of the fastest standard hard drives for your gaming rig. 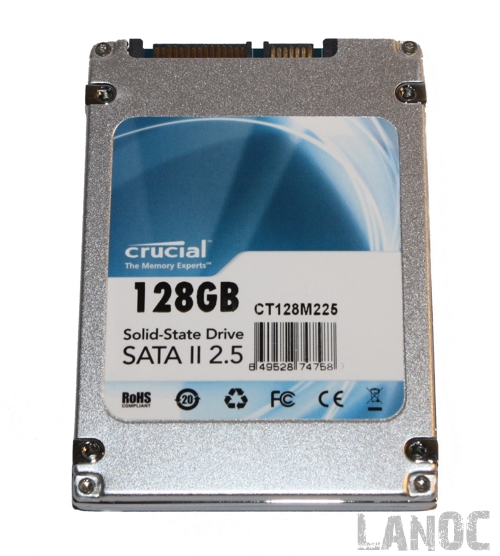 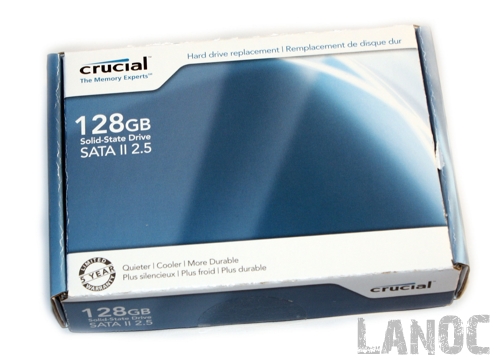 The packaging for the M225 was surprisingly small, but being an SSD they don’t really need very much protection. The box lacked flashy colors that I expected, instead going with a light blue and white design that doesn’t really give you any idea of the performance inside. The back includes a paragraph about how it would be a great drive for your notebook. Alongside that paragraph you will also find the all important specification listing. Inside the M225 is packaged in a static resistant bag to keep it safe. You will also find installation instructions under if you need them. 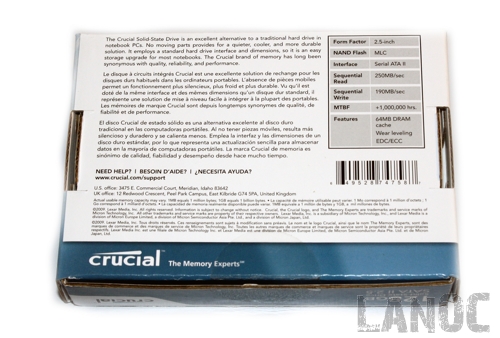 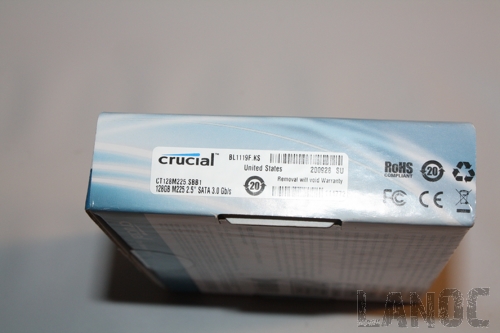 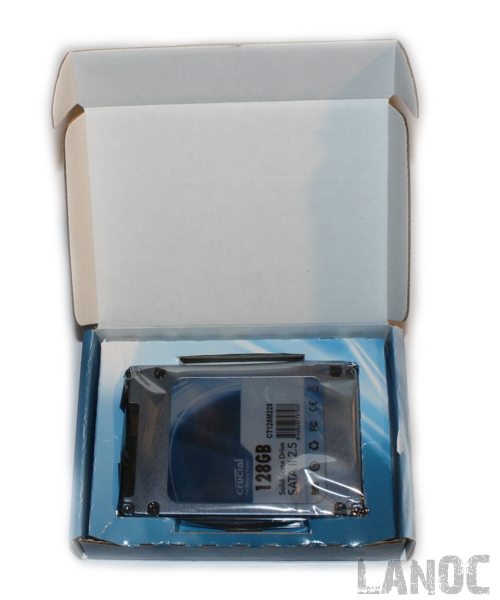 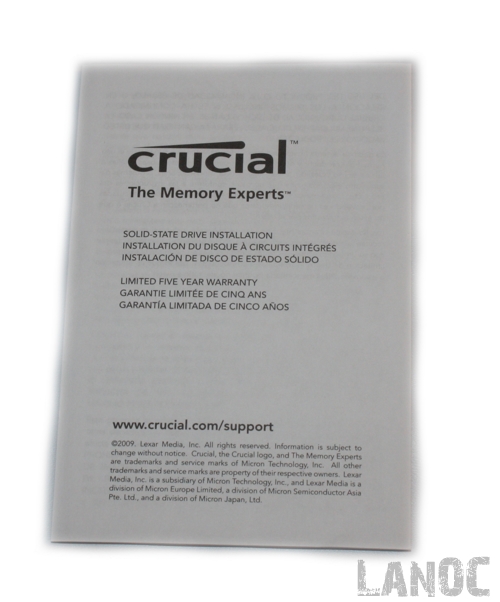 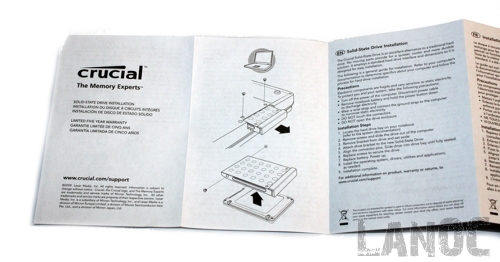 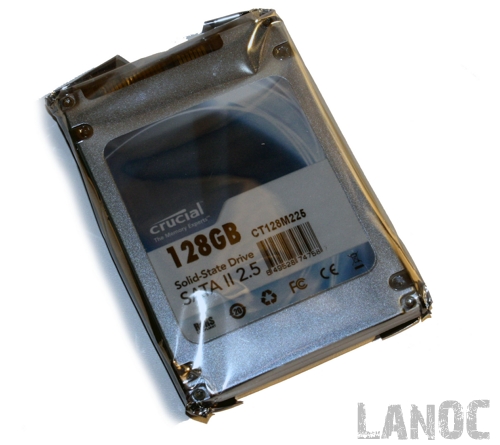 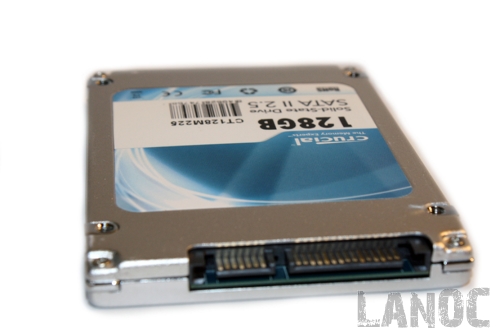 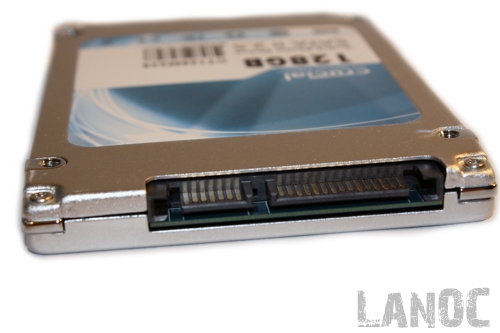 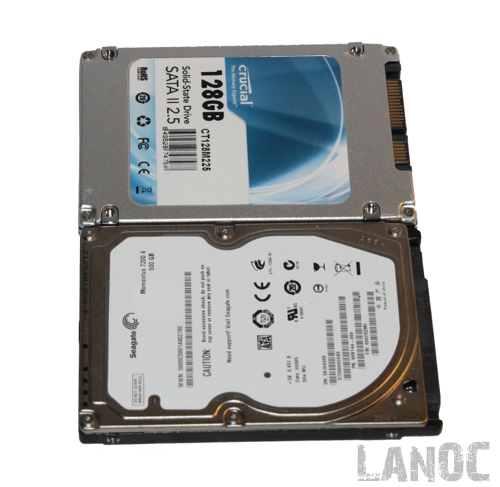 To test the performance of the M225 I ran a few tests, the most important being benchmarks using HDTach to compare its performance against the more expensive enterprise class 15kRPM Savvio drive that I tested recently. As you can see from my results even though the Savvio performed very well, the M225 blew it out of the water. 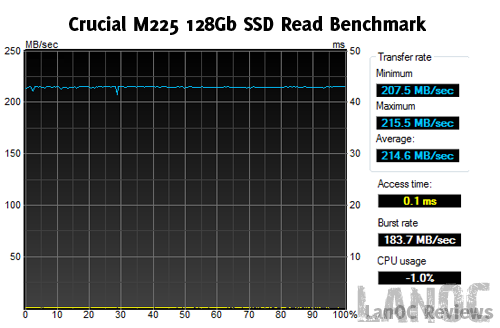 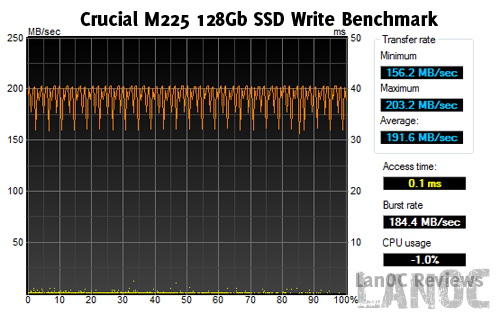 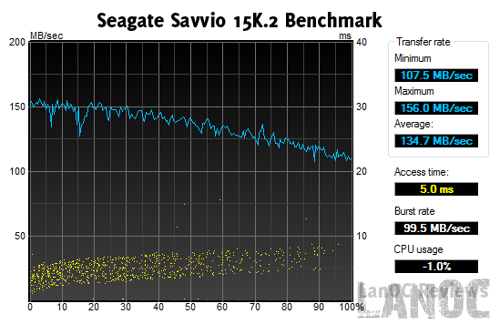 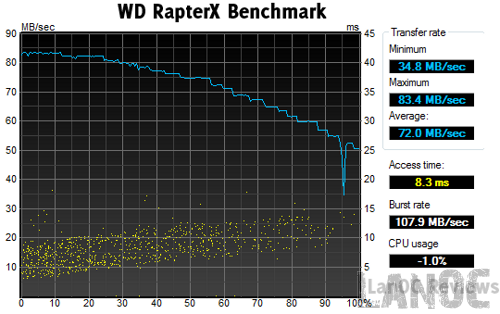 Of course numbers are just that, numbers. With a fresh install of Windows 7 running on the M225 I was extremely impressed with the improvements over the other hard drives. Programs that normally require long load times like PhotoShop didn't take any time at all to load. Even installing programs went noticeably quicker. Proof that SSD's are the future of high end rigs! Overall The M225's Indilinx Barefoot controller that is at the core of the M225, has helped SSD's from OCZ, Super Talent, Corsair, and Patriot to perform near the top of the market for the past 6 months. Even though it is looking a little dated when compared to Intel's newest X25 Gen2's the M225 performs amazing at a price that is a step below other Indilinx Barefoot based SSD's. And that is where the crucial M225 is perfect, it's not the fastest (close though), but it is the best value/performance that you will find right now. 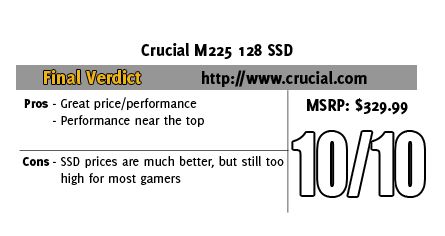 You might call him obsessed or just a hardcore geek. Wes's obsession with gaming hardware and gadgets isn't anything new, he could be found taking things apart even as a child. When not poking around in PC's he can be found playing League of Legends, Awesomenauts, or Civilization 5 or watching a wide variety of TV shows and Movies. A car guy at heart, the same things that draw him into tweaking cars apply when building good looking fast computers. If you are interested in writing for Wes here at LanOC you can reach out to him directly using our contact form.
Discuss this article
Log in to comment
Posts in discussion: Crucial 128GB M225 SSD