The drive touts it’s “sleek, modern design” to compliment your Mac. However, the stand attached to the drive was/does not appear to be removable. There are times it may make sense to position the drive vertically, but there are certainly times when this may not be the case, which will leave you at ends with this drive. This unit is specifically marketed to Mac users because of its inclusion of twin FireWire 800 ports, and it’s Mac pre-formatting – otherwise there is a similar external drive sold for the PC that warrants a cheaper price. Both drives have USB 2.0 support. It should be noted that either of these drives could be used with either a PC or Mac, they’d just have to be properly formatted by the user.  FireWire 400 is also supported on the Mac version, with a theoretical throughput of 400 Mb/s, USB2.0 is rated at 480 Mb/s, and FireWire 800 is 800 Mb/s. 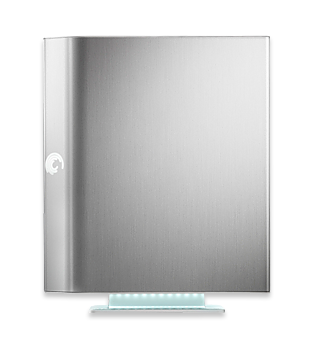 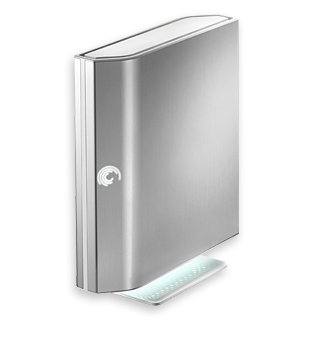 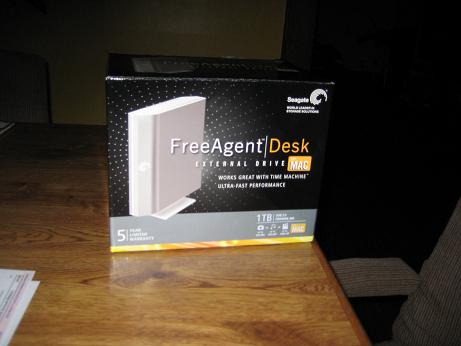 Unboxing this unit provides me with the following components, all of which are neatly packaged: a USB cable, a FireWire 800 cable, a FireWire 800 to 400 cable, a power cable, a Quick Start Guide, Warranty Information and the drive itself. The power cable/brick comes with a removable “head” for those European trips, which is nice – although it doesn’t include an adapter to replace the standard US/CDN plug. All outputs and cables considered, this drive leaves you scratching your head. Why exactly did Seagate include two FireWire 800 ports? Is it more cost effective than a single 400 and an 800? Is it more elegant? Also the omission of an eSATA port is sad panda. Granted, with the drive being marketed to Macs, which don’t come with eSATA, it might not matter to everyone, but those who frequently cross platforms might find it as a drawback. There are a few drives out there that contain both, but they are hard to come across, for reasons unbeknownst to your author. 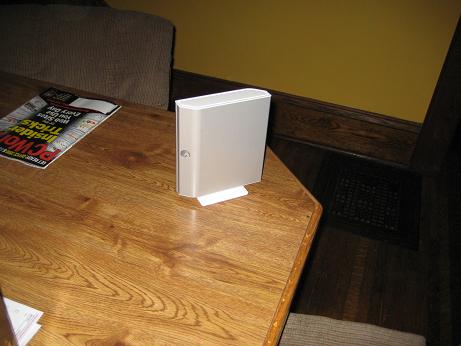 The drive itself feels quite solid and fairly heavy in my hand, and includes a nice rubberized stand. The Quick Start Guide only explains to me how to connect the drive to my machine via one of the various interfaces. Lying around me I have 2 MacBook Pros that have twin FireWire 800 ports, an IMac with twin FireWire 400 ports, and another MBP with FireWire 400, and they all have USB 2.0 ports, so I have plenty of options for how I’d like to plug this puppy in. Plugging the power cable in reveals a nice white glow under the hard drive, which eventually turns off if the unit is idle. One minor gripe might be that the power cable could certainly be a little longer. The connectivity cables are all of decent length. 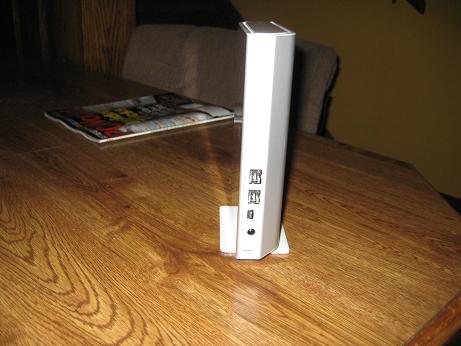 After plugging the drive in via FireWire 400 to my IMac, I am immediately greeted by a prompt asking whether I’d like to use the drive to back up with Time Machine (which is turned off). That’s the standard response for plugging in any external drives to Macs with the Leopard OS (10.5). I ignore the prompt and select the drive in my finder menu, and I’m greeted with an empty drive with 930.96GB of space available. I was disappointed to see that there was no extra documentation or software included with the unit or on the unit. Macs do make the experience pretty seamless, but paying the premium for this drive and the physical ability to use the drive on both platforms leaves software and documentation to be desired. 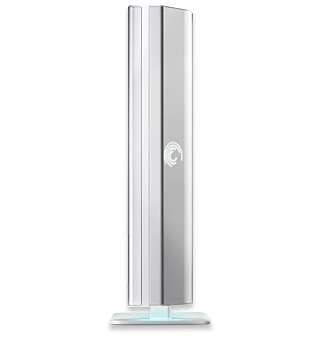 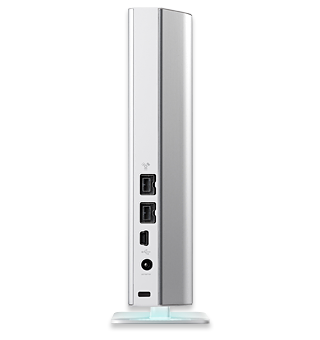 A quick Google shows me that other drives also include FireWire 800 – and at a cheaper price point. I found a SimpleTech Pro unit at BestBuy retailing for $127.99, as well as a host of other drives on Newegg starting at $124.99. Not having any of those drives in hand, I certainly can’t vouch for the quality or aesthetics of them. The Seagate unit looks elegant, and is relatively slim. I do have another generic enclosed USB2.0 drive lying around, and there’s an obvious difference in terms of quality and appearance with the Seagate unit whooping ass and taking names.

Although external units are going to be limited to the speed of the transfer protocols, I decided to run some tests with each protocol anyhow, so you can get a basic idea of the speed differences between those protocols. I happened to have a couple of MS Office 2008 SP’s lying around totaling 477.5MB, so I figured these would be a good test. Using FireWire 400 I recorded a time of 14.0 seconds to transfer the two files. Using USB2.0, I recorded a time of 16.8 seconds, which may surprise some. The reality is that USB2.0’s transfer rating is only “peak”, meaning it doesn’t sustain those speeds, and FireWire 400 is typically faster. FireWire 800 gave me a transfer time of 9.6 seconds.

The Seagate FreeAgent Desk for Mac external drive scores high marks in aesthetics, quality, packaging, design, and simplicity. However, trade offs include a lack of documentation, the lack of eSATA, and a hefty price tag. If you’ve got the extra dough to throw down to please the eyes and have FireWire 800 available, this might be the backup solution for you. If you don’t, look elsewhere. 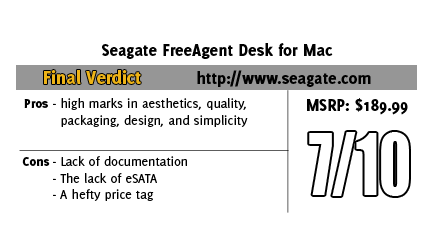 You might call him obsessed or just a hardcore geek. Wes's obsession with gaming hardware and gadgets isn't anything new, he could be found taking things apart even as a child. When not poking around in PC's he can be found playing League of Legends, Awesomenauts, or Civilization 5 or watching a wide variety of TV shows and Movies. A car guy at heart, the same things that draw him into tweaking cars apply when building good looking fast computers. If you are interested in writing for Wes here at LanOC you can reach out to him directly using our contact form.
Discuss this article
Log in to comment
Posts in discussion: Seagate FreeAgent Desk for Mac External Hard Drive

We have 1421 guests and one member online