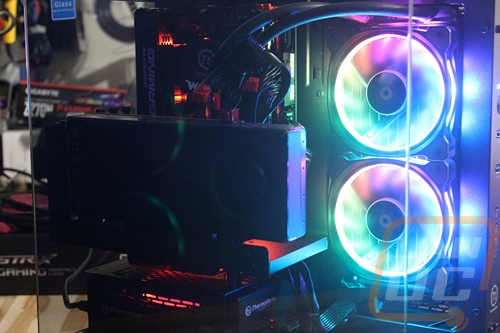 So 5-6 years ago I had a crazy custom painted build in the office and my wife came in and snatched it up. I like to tease her about it but the fact is she gets more gaming time in than I ever do so that build has been put to good use over the years. It’s had its video card upgraded a little but overall it has been extremely long in the tooth and as I was writing this is actually died on her. So a while back I started putting together plans to build something specifically for her, something more fitting than the rig she snatched up. So my base idea was something in your face, flashy, with lots of bright colors. This is just her style, always picking the crazy colors. She picked up her nickname (Koolaid) back when we were dating because her hair was never the same color. Anyhow with this project, I kind of set off with a theme best described as unicorn vomit, but she picked out the name Iris. In Greek mythology, Iris is the personification of the rainbow and messenger of the gods. I think that sums up what I was going for with this build. Anyhow! Today I’m going to just start things off by touching on a few of the base components and then we will come back later to talk about the go fast parts and what we are going with to get those crazy colors.

So picking out a case was huge and I spent a lot of time pining over this one. I needed something that would be open enough that we could see the crazy colors but her desk setup is completely covered in things so I wanted to keep it small. On top of that, I wanted to water cool with a custom loop so I had to keep that in mind as well. Back at CES Thermaltake introduced the Core P1 and I knew right away that it was perfect for this build. I had looked at the P3 and P5 options a few times but they were just too big. I reached out to Thermaltake immediately and they promised to send over the case when they got them in.

Flash forward a few months and my wife actually got my attention to show me this case on Facebook that she thought would be perfect for her new computer. Well as it turns out it was a Thermaltake post showing off the Core P1, score! This reminded me to reach out again and they had just gotten the case in and sent it right over.

I didn’t really have anything else planned out for the build but getting the case in really set things off and helped me get a much better idea of what I wanted to do. The whole case is basically in the open, but the tempered glass front panel helps protect everything a little and at least pretends to enclose it all. We don’t have any kids but we do have cats and the front is enough to prevent most issues. Though we do still have to worry about the fans on the side with one of our cats who has in the past managed to put his tail right in a candle fire… So yeah. 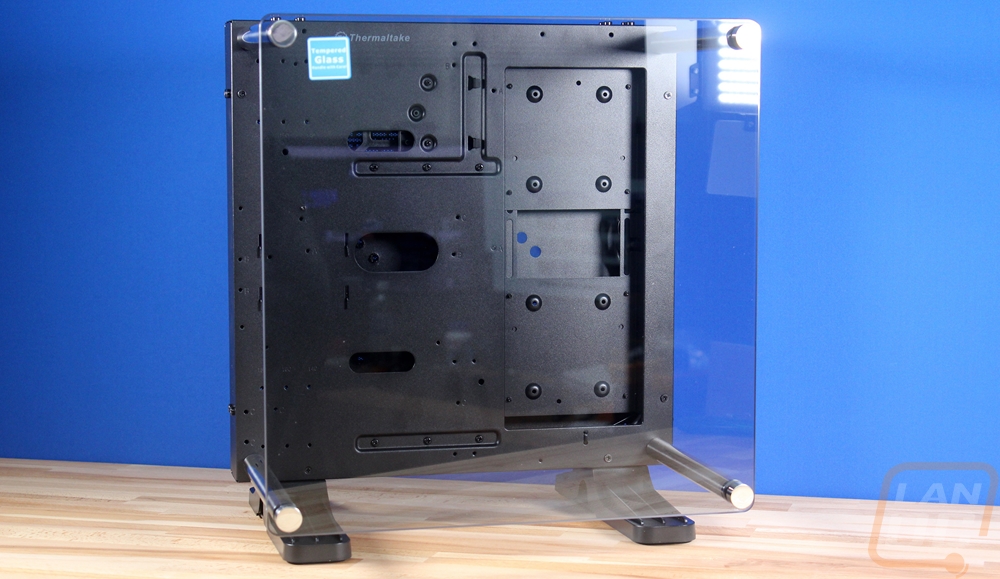 Basically, everything is attached to a thin main compartment. In the back you have room for a hard drive and an SSD, all my wife would need, and room to hide wiring. The “inside” of the case supports an ITX motherboard and has a few different mounting options for your video card. I really like the vertical option that lets you really see it. Then over on the right, we have room for two 120mm fans and a radiator. They also included a pump mount as well. I did a full multi-page article on the case back in June, I suggest you check it out. But I will say that while everything fits what I need. Even still today my mind is always wondering if I could do something better than those plastic feet. If anyone has a way to machine something nicer looking, I’m open to working with you.

Here is a link to my full review 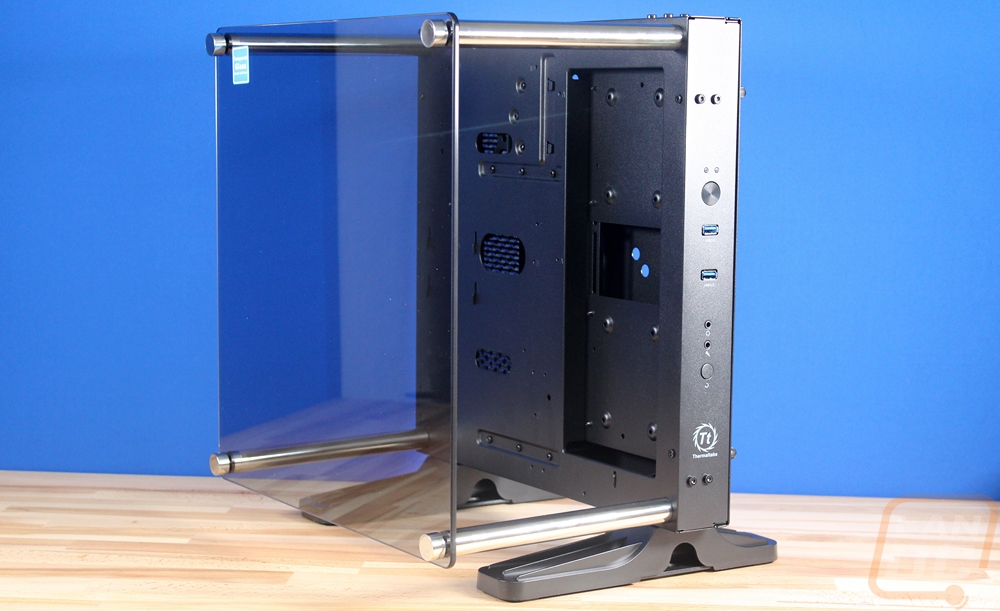 We have 1449 guests and one member online