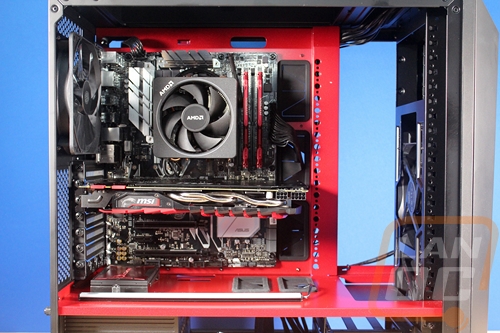 So a few weeks ago I got started on our Ryzen based project build. At the time the plan was to put together a reasonable Ryzen build with a nice red theme. We picked out the case, the motherboard, and a power supply. Well, today I’m going to run through the rest of the go fast bits so to speak. That means we need some sort of storage to get our OS on, memory, a video card, and to pick out which CPU we want to go with as well. So today we run through those parts and at the end I will include a small preview of what else is coming for this build. I’ll give you a hint, while the original plan was to put together something reasonable things have gone a little crazy on the water cooling front.

So to get the ball rolling on the second batch of components I first wanted to pick out an SSD and RAM for the build. The SSD was a no brainer really, I wanted to bring more red into the build to stick with the theme and Kingston drives have been solid on our test benches and multiple times in our project builds. So I reached out to Kingston about the HyperX Savage SSD, looking for a capacity of 480 gigs. I needed something a little larger than normal because I wasn’t planning on running a hard drive in this build and 480 GB is enough to install Windows 10 and all of our tests along with a decent mix of games without filling it up. The drive has a black shell with a great looking anodized aluminum finish up on top.

The drive came with a 2.5 to 3.5-inch adapter even though I won’t be needing it and a space to add thickness for cases that are designed for the thicker SSDs. They also give you a case badge and screws as well. You even get a key for Acronis True Image HD to clone your drive if needed.

Check out this drive, not only is it quick but it really fits with the red and black 5t from Cooler Master. 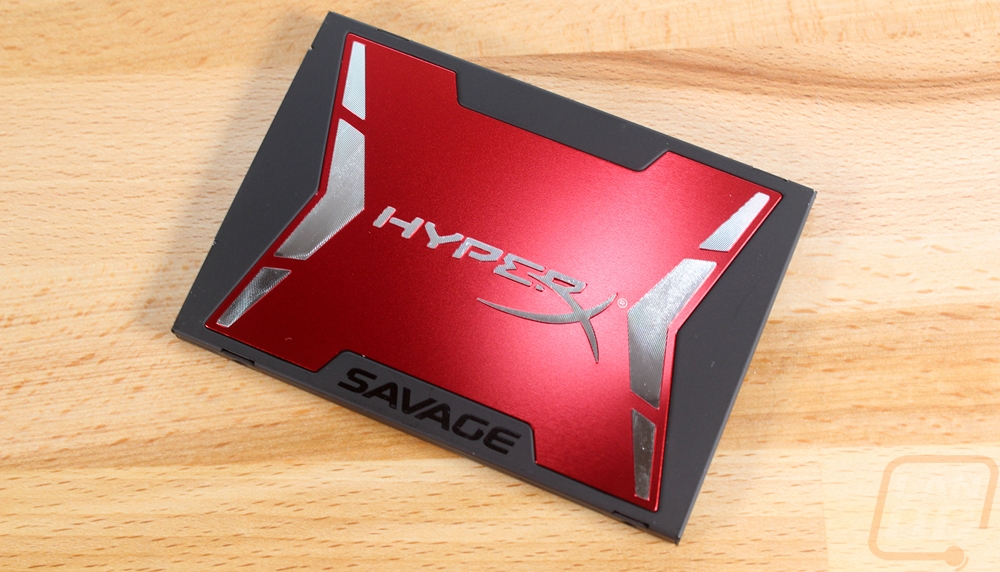 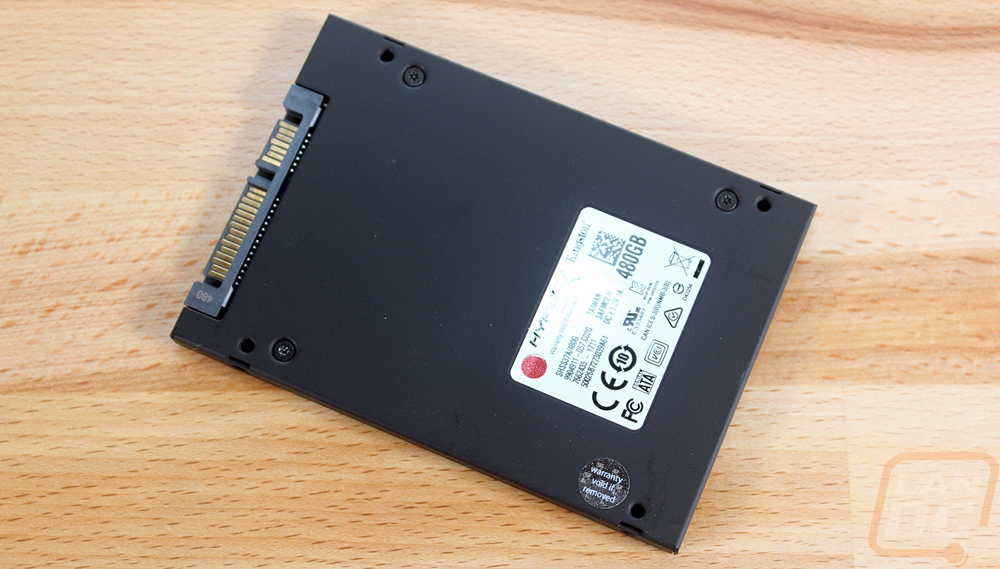 Then for RAM, I was a little torn, there are a few memory kits that overclock well with Ryzen so I was leaning towards one of those until I saw that this Fury kit had just gotten Ryzen certification. I’m not sure I will be able to get as much of an overclock out of them as some of the other kits, but they match the SSD well and bring a little red on to the black and white ASUS Prime board. I went with a 32 gig kit for the extra capacity while sticking with just two sticks for hopefully better luck in overclocking later on. 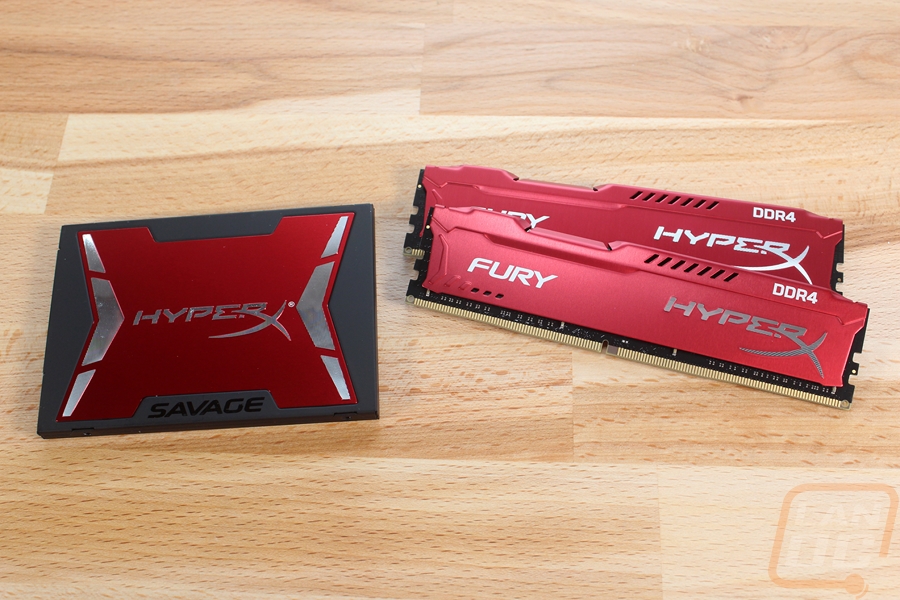 So it isn’t much red, but the Fury DDR4 does look good on the board. 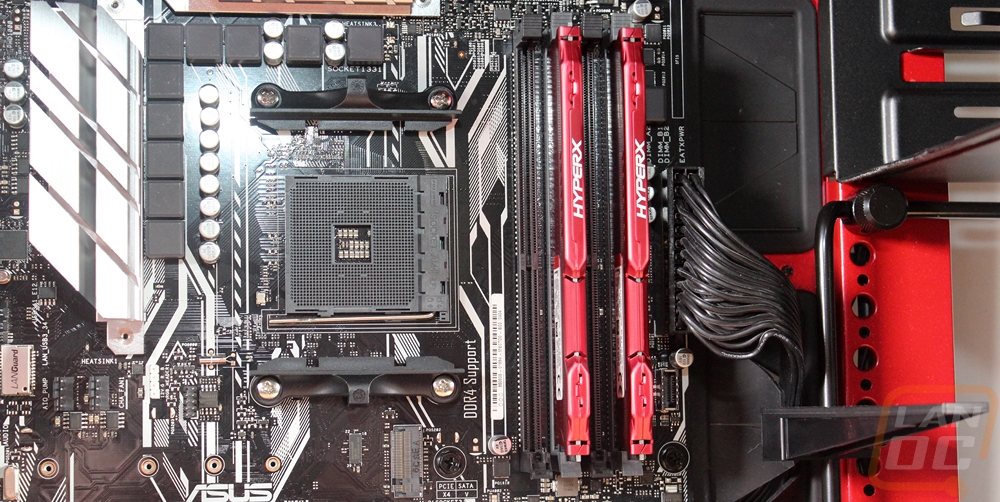 For the SSD I was excited to put one of the two SSD mounts down at the bottom of the 5t. I pulled both out but put the one away so we would just have the one mount needed for our drive and to clean up the bottom of the case. The SSD just sits on top and is held in place with four screws, I used the screws that came with the drive itself. I dropped it in for the photo below, but I learned later that you might as well run your SATA cable and SATA power and plug them into the drive before installing it, you can't get to them later when it is installed.

When it came to the CPU with the motherboard picked out and the fact that this is our Ryzen build meant the CPU was already narrowed down to one of the 7 Ryzen CPUs currently introduced. I had considered going with a Ryzen 5 CPU but I was aiming for something a little more powerful for Carmine. Dropping in the 1800X would have been the easy choice but I decided to go with the Ryzen 7 1700. Water cooling is already planned and I plan on overclocking the build so the 1700 was a good pick. They are known to overclock just about as good as the 1800X and cost $150 less.

So I dropped the R7 1700 in and went ahead for the time being put the Wraith MAX cooler in with it. Water cooling is coming in the near future, but this way I can get the build up and running with windows and everything installed ahead of time. Plus, let’s be honest, the Wraith Max cooler looks really good with its RGB rig lit up. I hooked the lighting up to the one RGB header on the Asus X370 Prime for now and once I get Windows installed I can sync the lighting to match the case. 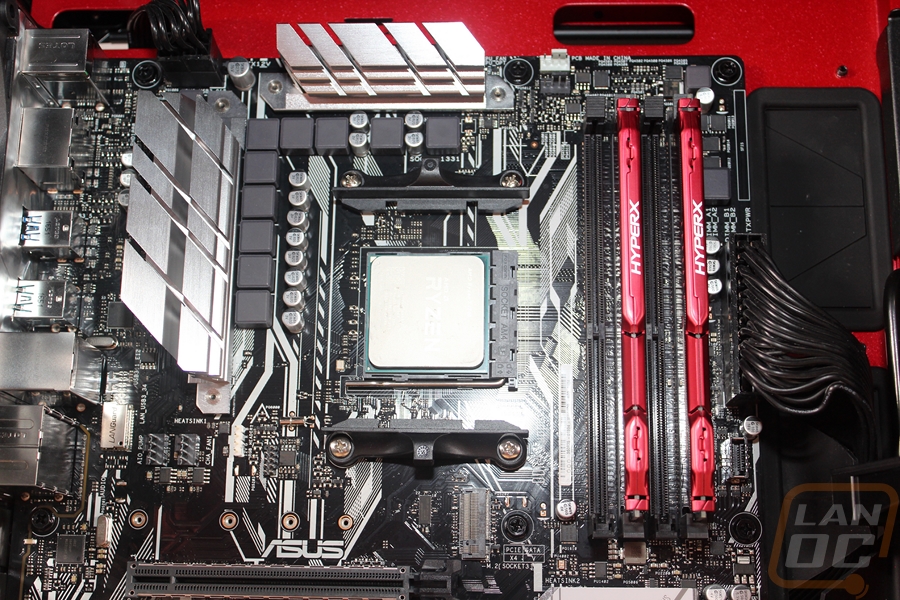 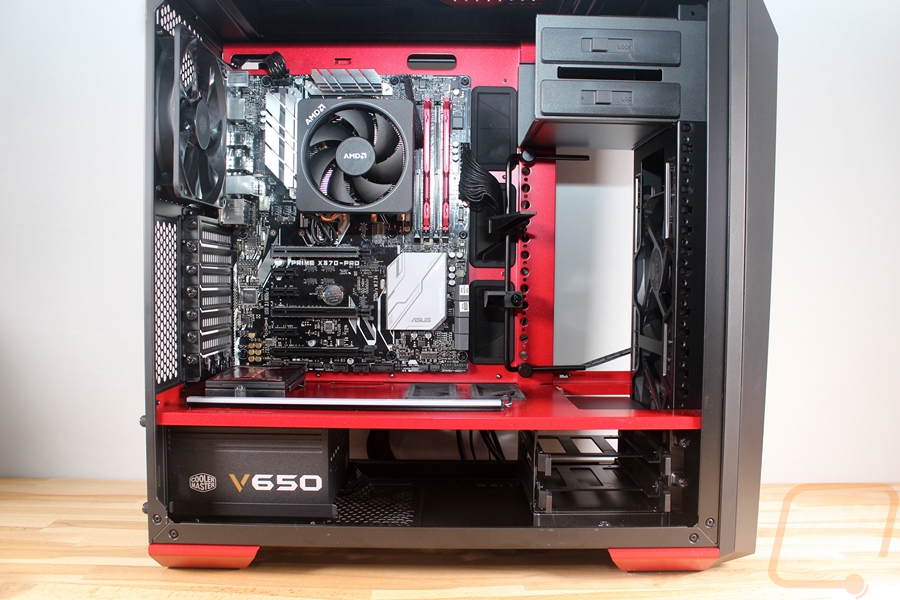 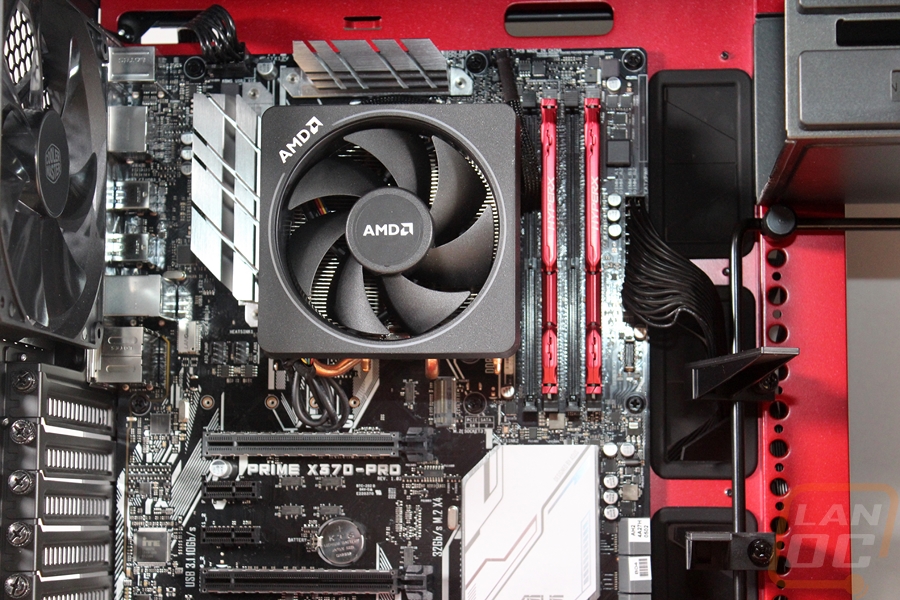 While I haven’t spent much time overlocking the Ryzen R7 1700, I have spent a lot of time testing Ryzen. Check out some of our other coverage.

So picking out the video card for Carmine ended up being a lot harder than I though. I spent a bunch of time debating on what to go with and when AMD introduced the 500 Series of cards I was leaning that direction. I tested out two options below

Frankly after checking them out, while the performance is really good. The build really felt like it needed more. With huge and expensive plans for the water cooling blowing up our budget on the Carmine build going with just a single RX580 wasn’t really fitting. So then I started to consider going Crossfire with two of them but after testing that out (you can see the article I posted on this Monday) it wasn’t really going to boost the performance when gaming on our ultrawide monitor. Sadly right now AMD doesn’t really have a card that fit what I was looking for so I decided to look at what we had on hand from Nvidia. The MSI GTX 1080 11Gbps Gaming X+ that I reviewed last week being fresh on my mind fit well. It has the performance the build deserves and the red and black theme should go well with everything as well. Considering our monitor has Freesync and this is a Ryzen build, I will most likely be looking at Vega options once it is out, but for now, the MSI is the card. 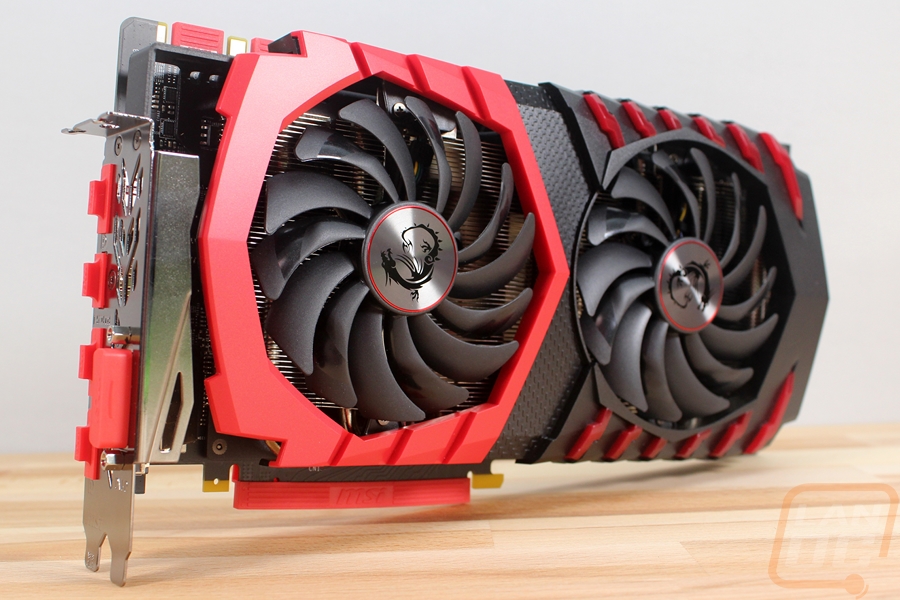 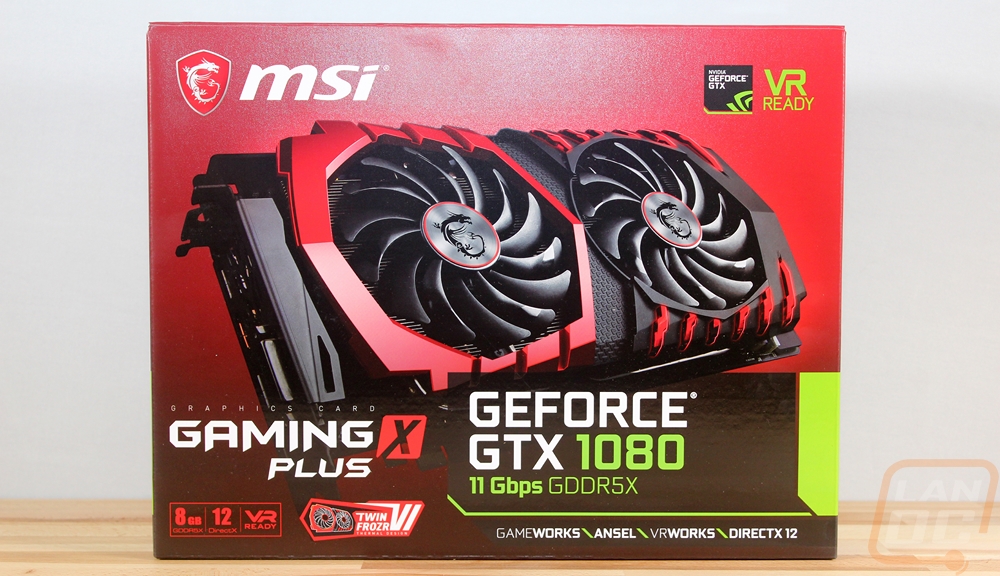 Be sure to check out my full review of the card at the link below, I don’t need to dive into all of the card features when it is all covered there.

To install the card I actually had to remove the card support bracket that Cooler Master includes with the 5t, I may reinstall it later flipped around the other way to help support the card but I want to wait until I get the water cooling all figured out. The card looks great in the build though adding just a touch of red and black. 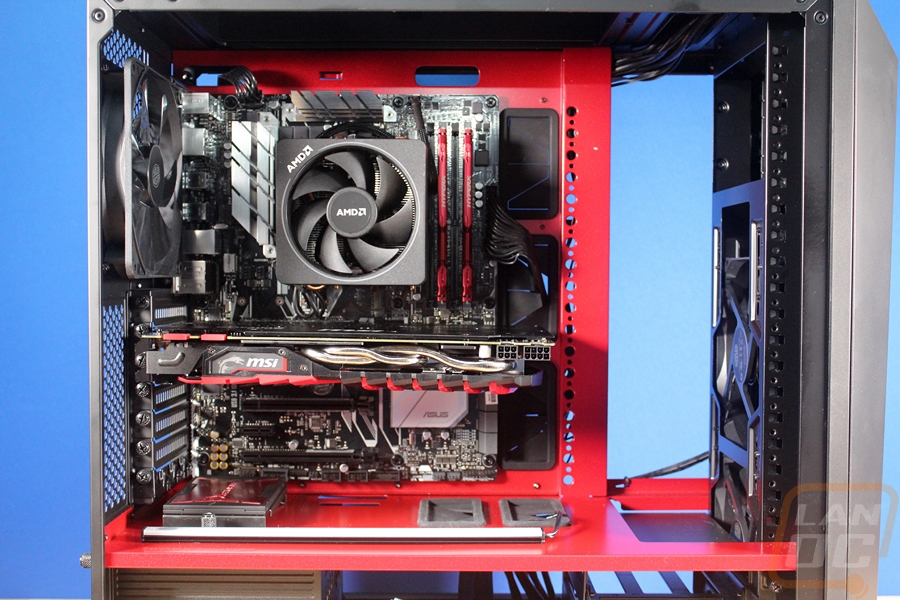 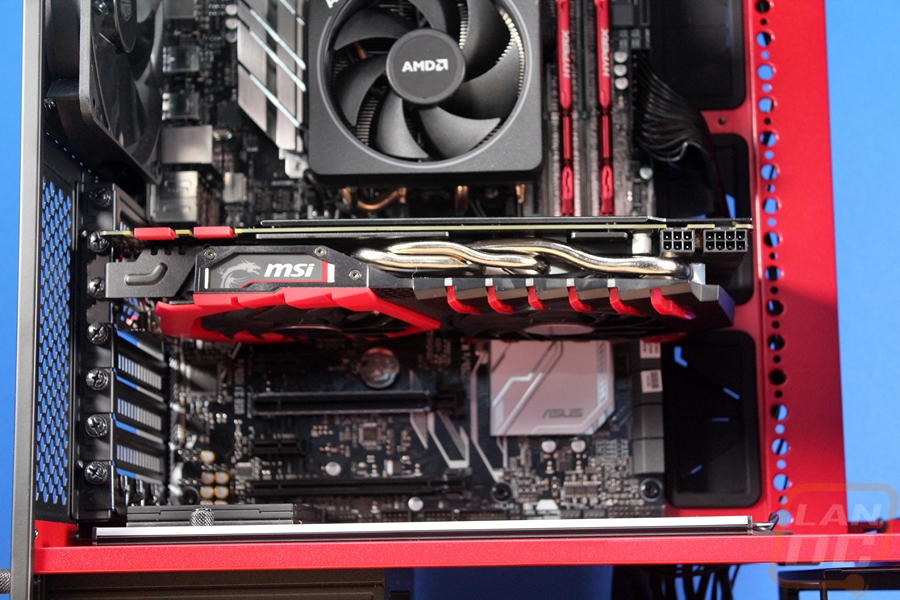 So even with all of the main components picked out I do still have to get cooling figured out and do a few more things to tweak the look of the build. The components are coming in very soon and it may be a week or two before I follow up again but here is a preview of what we have coming. Expect hard tubing and a whole list of components from Alphacool to keep that overclocked Ry 1700 nice and cool. 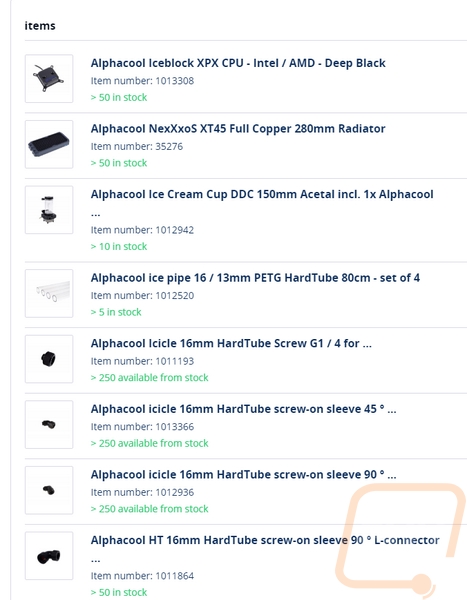 You might call him obsessed or just a hardcore geek. Wes's obsession with gaming hardware and gadgets isn't anything new, he could be found taking things apart even as a child. When not poking around in PC's he can be found playing League of Legends, Awesomenauts, or Civilization 5 or watching a wide variety of TV shows and Movies. A car guy at heart, the same things that draw him into tweaking cars apply when building good looking fast computers. If you are interested in writing for Wes here at LanOC you can reach out to him directly using our contact form.
Discuss this article
Log in to comment
Posts in discussion: Project Build: Carmine - Part 2