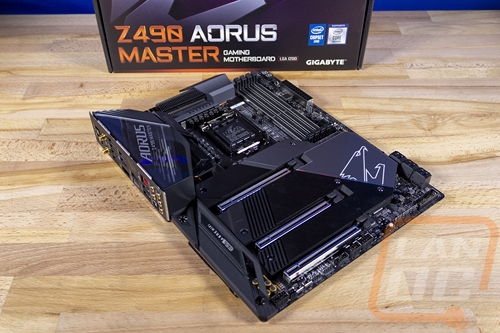 For testing, I have been saying for years that motherboard benchmarks don’t hold much weight because you are still using the same CPU, memory, and GPU and those are what play big roles in how fast your PC is. But I do run a few tests just to make sure everything is running the way it should and it also lets us see what the system can do. In this case, it is the i9-10900K and an RTX 2080 which is a potent combination. The 3DMark scores and PCMark 10 scores all put the Aorus Master right with the MSI Gaming Carbon which is to be expected. They do show some variation, but they go back and forth without any obvious trend. Gaming was the same as well in all three games that I tested with.

It was only in the network tests that I could see any testable differences between the boards at stock speeds. Specifically in the WiFi 6 tests which ironically have the same Intel controller, onboard boards but the antenna for the Aorus Master did much better. The wired tests were only to check performance on a 1G network, let's not forget that both boards have 2.5G NICs even though they used two different controllers. But I didn’t have a 10G or 2.5G switch to do proper full speed testing there. It is worth noting though that I did have network issues with the Aorus Master on every boot. The NIC would need to be restarted every time. It wouldn’t connect to the network until I did that. I didn’t experience it with any of the other boards I tested with so I am unsure if it was a driver or hardware issue. But disabling and enabling the NIC fixed the issue every time. Beyond that network performance was amazing and had the potential to be even faster on a new switch.

I did also take a look at thermals. I ran the AIDA64 Stress Test on the FPU setting which is extremely demanding and once things were warmed up I took a look using the FLIR around the CPU socket and down in the bottom half of the board around the chipset. What I found around the socket was to be expected, the power circuitry gets hot with the hottest point being around 161c. The great heatsinks did work on keeping things cool and even after running for a while they were staying cooler at just under 140c. Around the chipset there was some additional heat over the room temperature coming out from under the multiple covers and heatsinks but not enough to be considered hot or an issue. 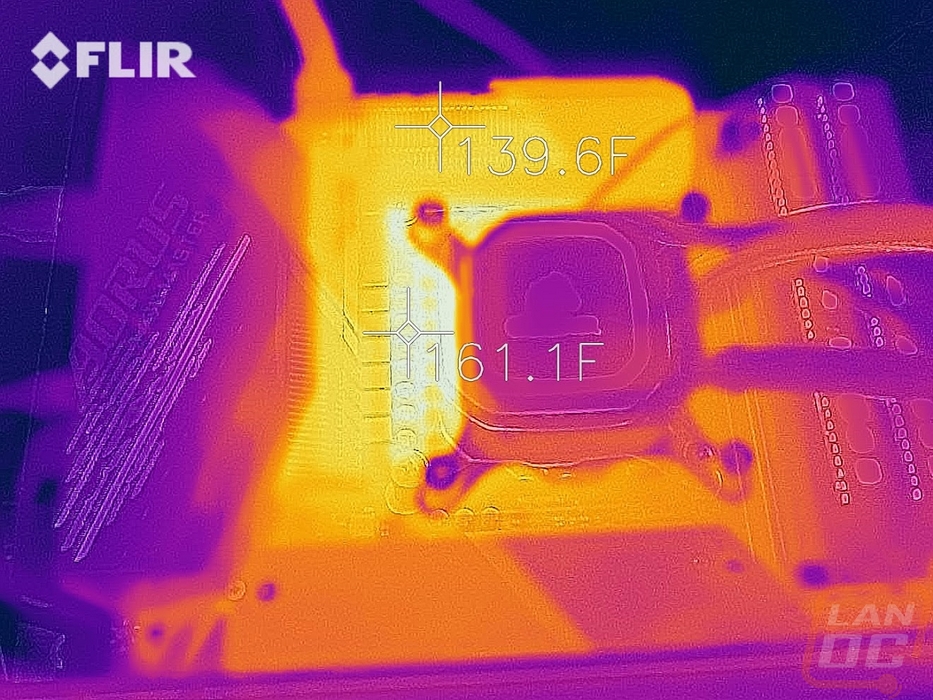 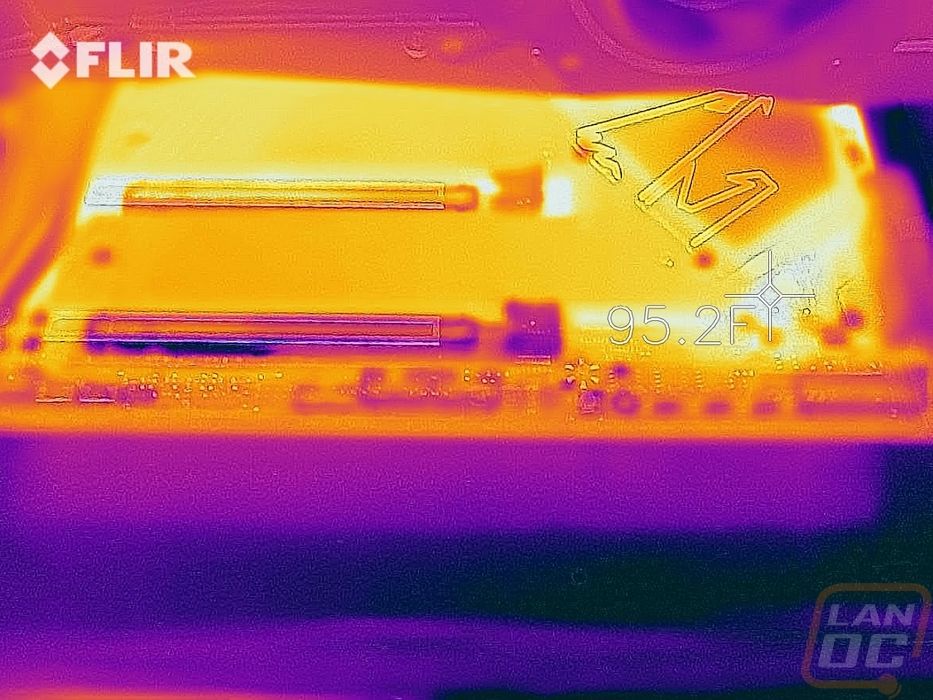 I did also take a look at the board's lighting. This consisted of the lighting on the rear I/O cover which by default was orange and the backlit eagle logo on top of the chipset cooler. There is also the status LEDs which were up in the top right corner. I like the lighting design on top of the rear I/O and how it slips up under the branding there. 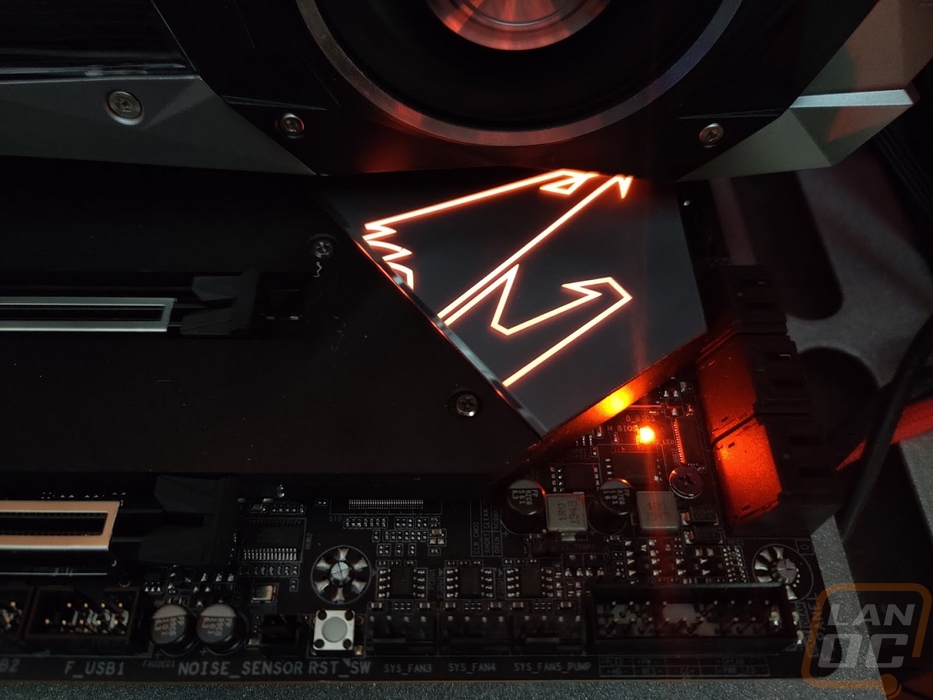 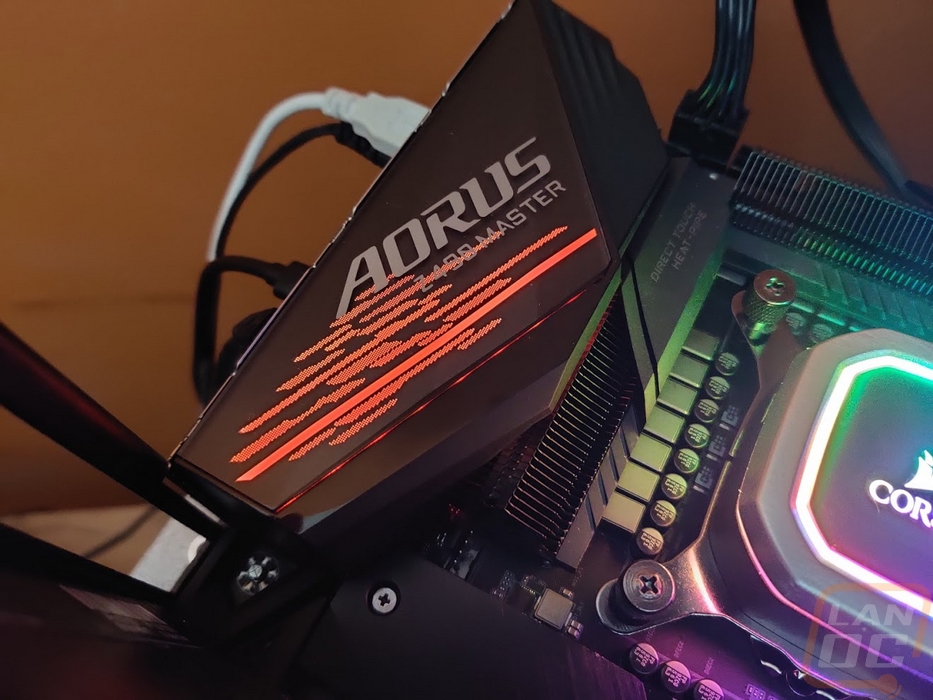 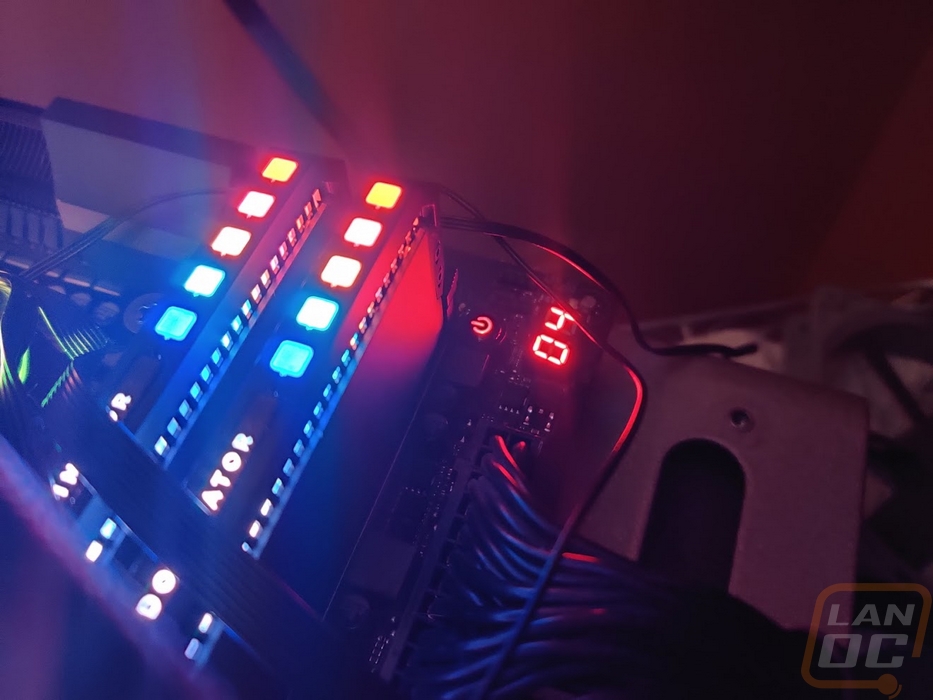 We have 975 guests and one member online