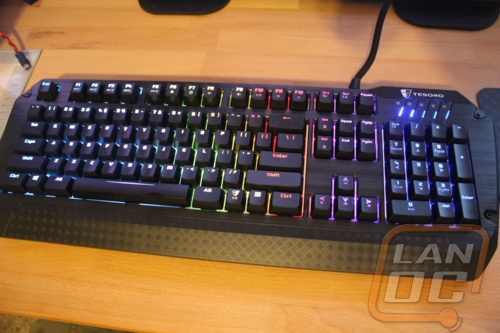 While the Lobera Spectrum shares a LOT with the other Lobera models, they didn’t just change the lighting controller and call it a day. For starters on the casing Tesoro dropped the bright purple trim that they used on the last Lobera that I reviewed. This time they went with an all black design that looks MUCH better with just that small change. The cases does still look like it is made from brushed aluminum but is still plastic like before. Down on the wrist rest the brushed look is dropped for a small diamond plate look, this same finish is used in a few other areas as well. To cap off the brushed aluminum look the casing even has fake looking bolt heads on the ends up top to give it that built look. The keyboard is full sized meaning it has a number pad, all of the F keys, and the direction pad, in other words a standard keyboard. The key layout is mostly standard but I will get into that later. For its legends they went with a clean looking font and the modifier keys all use words rather than icons. There are a few small touches like the Tesoro logo on the function key but for the most part with everything powered down this is actually a fairly clean looking keyboard. 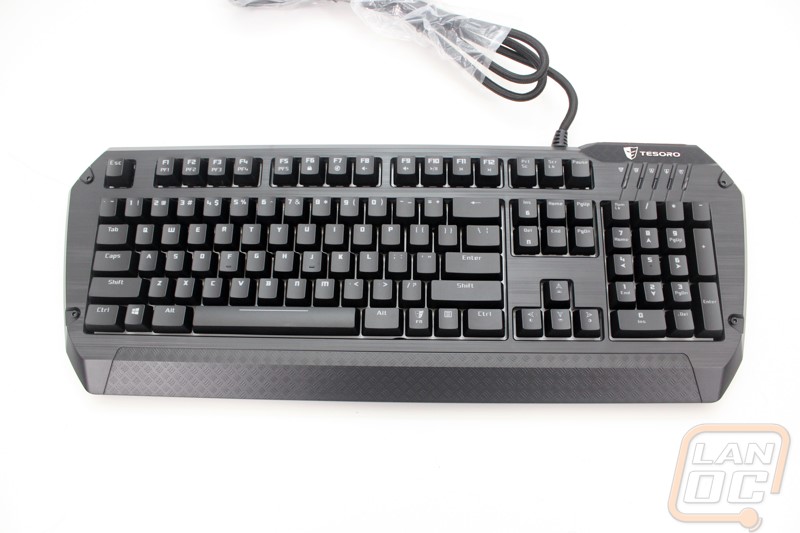 Up above the number pad Tesoro included their logo in the textured area, the same area that was bright purple on the previous Lobera keyboards. Just below the logo we have the status LED indicators along with two interesting buttons that look like they are just status lights. The G button on the left lets us quickly flip into game mode locking out the windows key and the R on the right is for recording macros on the fly. 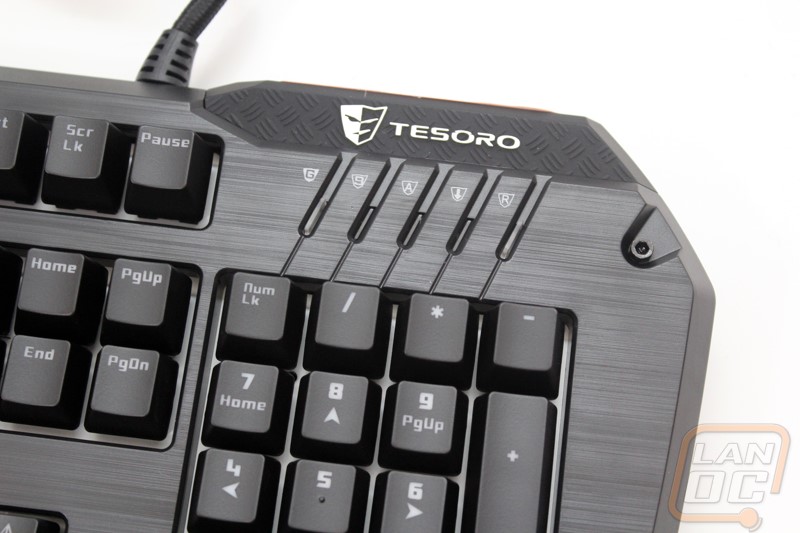 Beyond using the software you can also use the function key along with the direction pad on the Spectrum to change lighting modes as well as backlighting brightness. While we are looking at the direction pad though I should also point out that I would prefer they just go with standard arrows rather than the small paper airplanes they used. 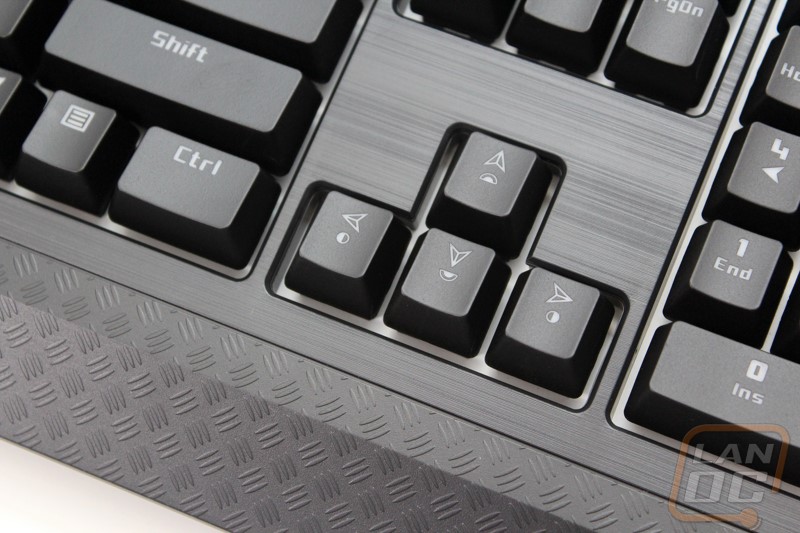 The function key functions aren’t just limited to lighting controls. The Spectrum does have function based media controls up on the F keys that let you adjust or mute your volume as well as play/pause and flip through your music. Also up top are five keys that let you quickly flip through the five programmable profiles. Using the software you can set five different key configurations and lighting modes to fit your games or uses. The N and 6 options on the delete and insert buttons let you flip between full N-Key Rollover and 6 key rollover. This is important because some BIOS’ don’t work well with NKRO keyboards. 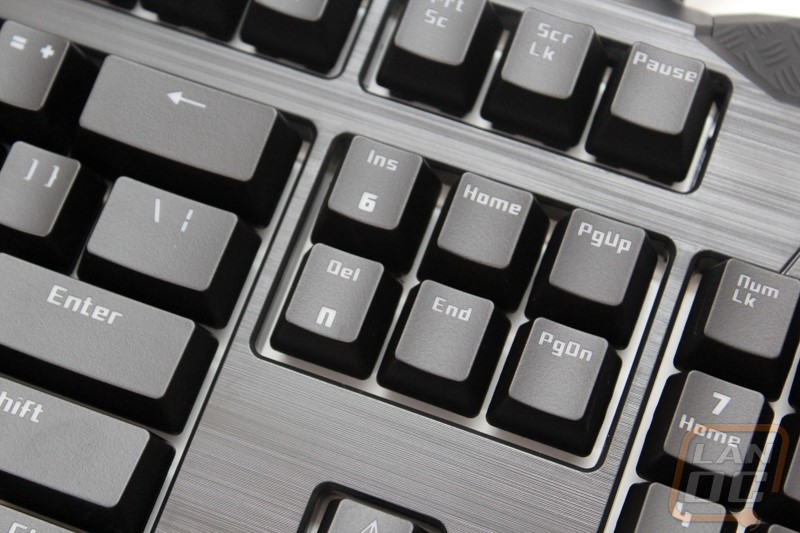 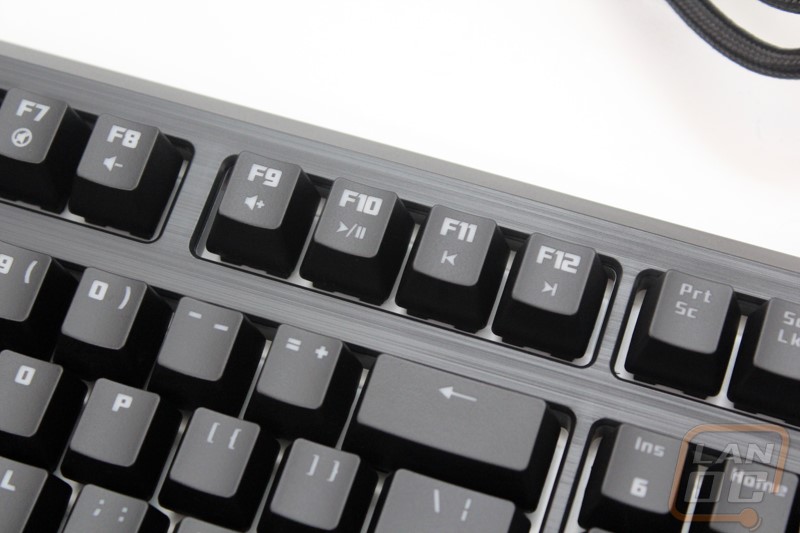 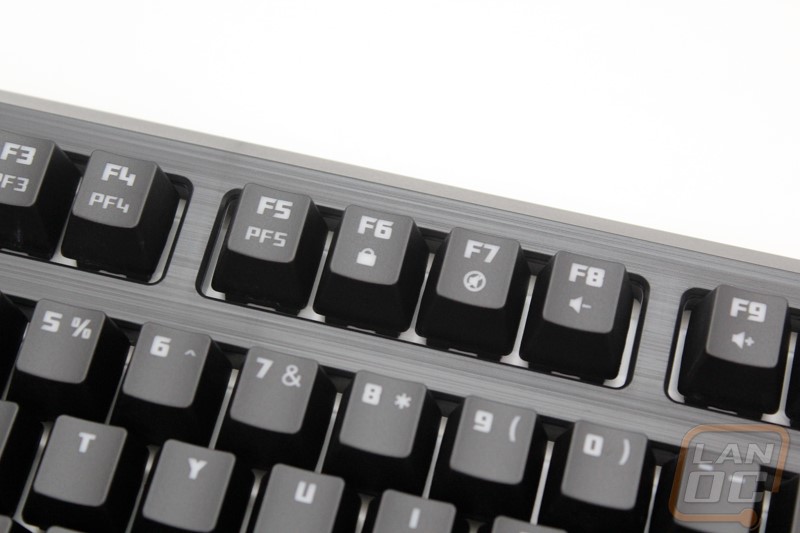 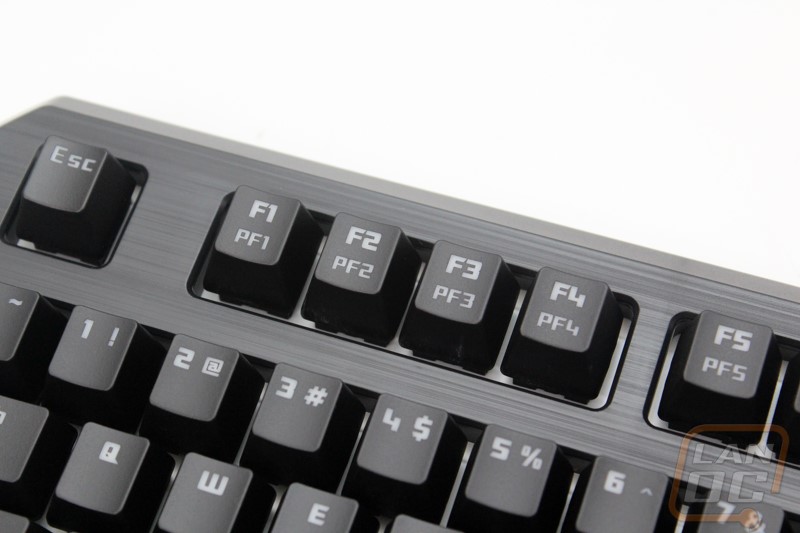 Like the other Lobera keyboards the Spectrum has a mostly standard key layout. Where things are different however are down on the bottom row. Rather than a 6.25u spacebar and then the rest of the bottom row being 1.25u keys they have a 6u spacebar, four 1.5u keys, and three 1u keys. Considering the otherwise keep a standard layout I wish they would go with it on the bottom row as well to make replacing keycaps easier in the future should you want to do that. One thing did change this time though from the previous Lobera I covered. They dropped the tiny macro buttons under the spacebar. I actually liked the idea of them in the past but never used them because they were too hard to push so it’s not a big loss. 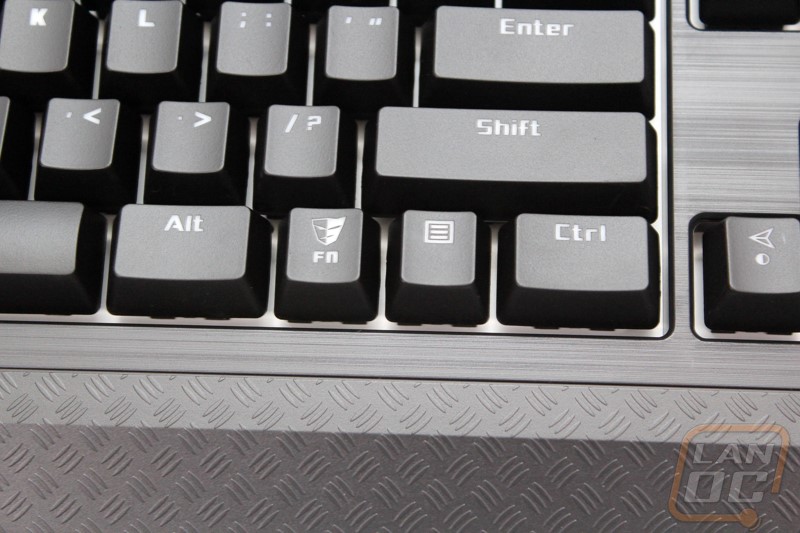 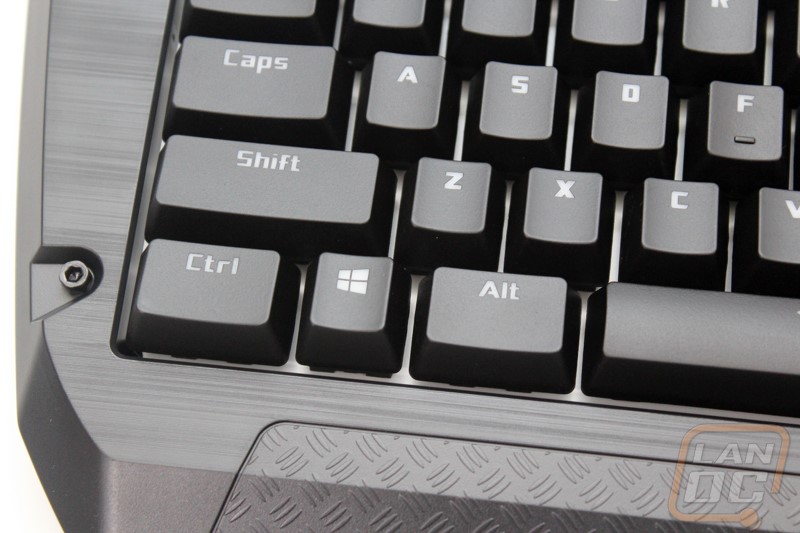 Just like the last Lobera the Lobera Spectrum uses a knock off cherry switch to keep costs down. With Cherry key switches in high demand they can be hard to come by so going with the Kailh switches has the side benefit of less worries of shortages. In addition to that the Kailh switches are able to rub RGB lighting without having to integrate a pcb mounted LED like the Cherry RGB switches. While our sample uses the brown switches, you can also get the keyboard with a black, blue, and red as well. For the stabilizers Tesoro went with costar style stabilizers, I would personally prefer cherry style stabilizers but some people prefer Costars as well. 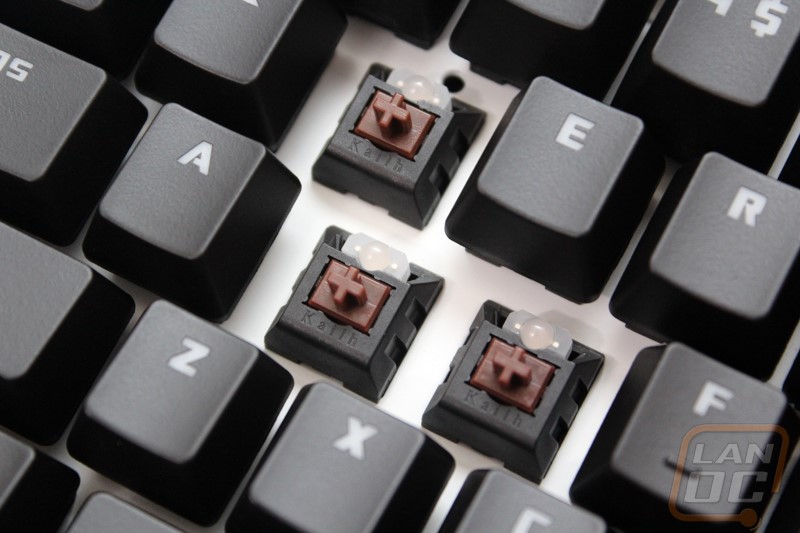 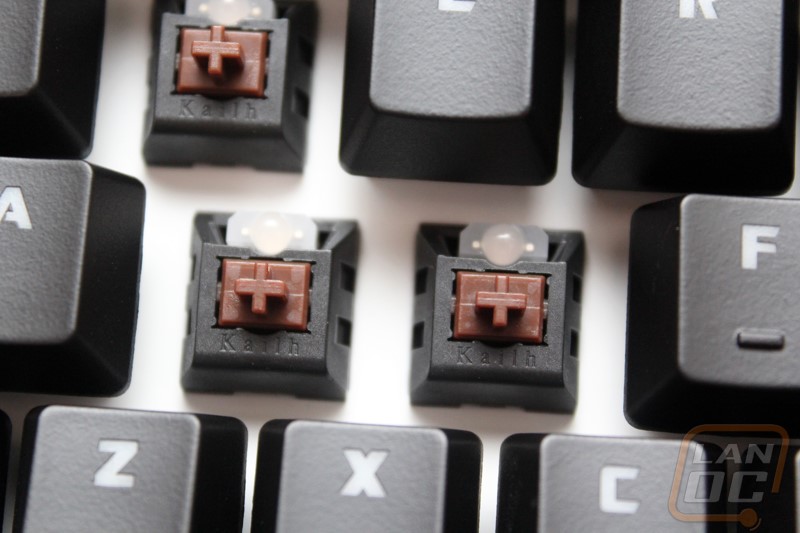 For keycaps no big surprises here. We have transparent white keycaps with a black paintjob and then etched legends. The caps aren’t thick at all but are par for the course for backlit oem keycaps though. 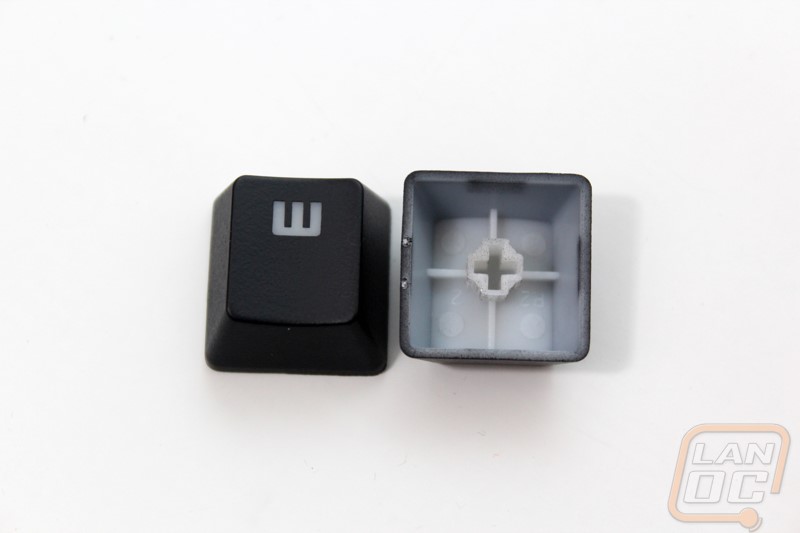 For the cable on the Spectrum we have both headphone and microphone pass-through cords as well as two USB connections. All four connectors have a gold finish and if you look close each of the USB connectors have the Tesoro logo molded into them. The cord itself starts at the keyboard all bundled together in a thick sleeved design only to split in the last foot of the cord into the four cables. 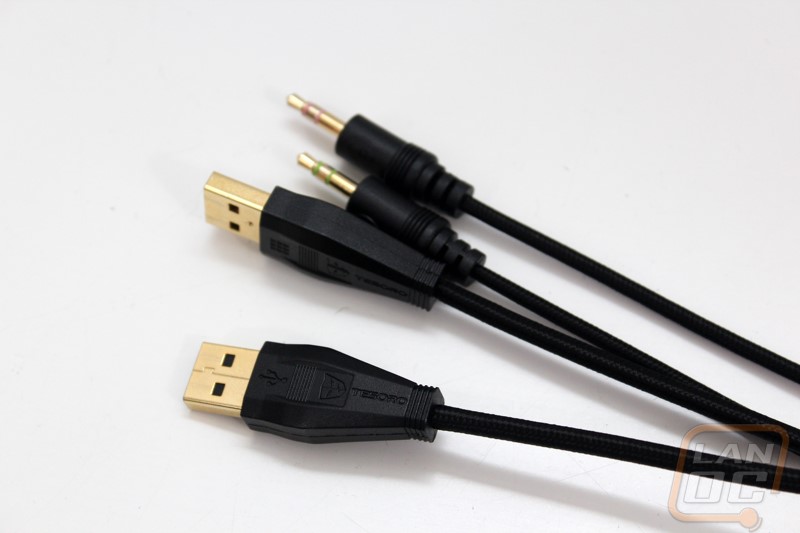 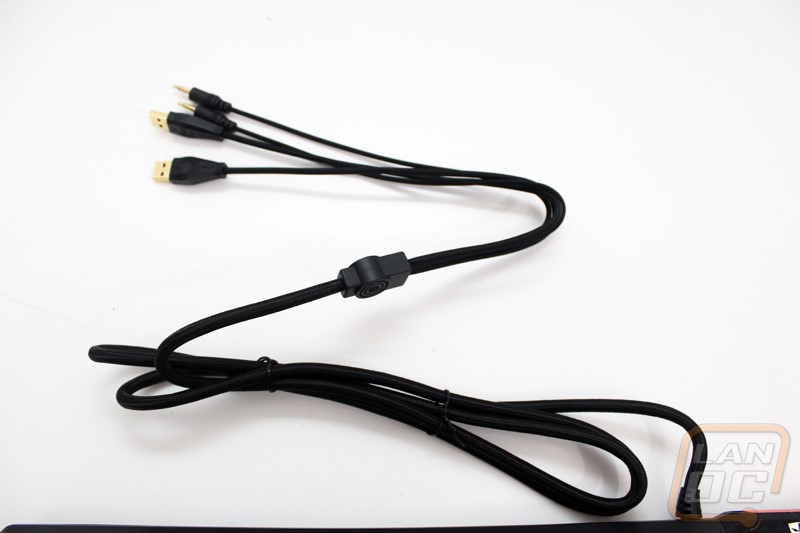 So with two USB connections and both audio connections on the cord it is no shock that the Spectrum has a few connections on the keyboard. Tesoro slipped them in up in the top right on the backside of the keyboard. Before you use it they have a sticker covering everything up reminding us that in order to run high power devices on the USB here we will need to hook up the included power cord. With that sticker off we can see both the headphone and microphone pass through ports. We also get two USB 2.0 ports and a DC power in. The DC is to provide extra power for the USB hub and Tesoro included a USB to DC able in the packaging for this. 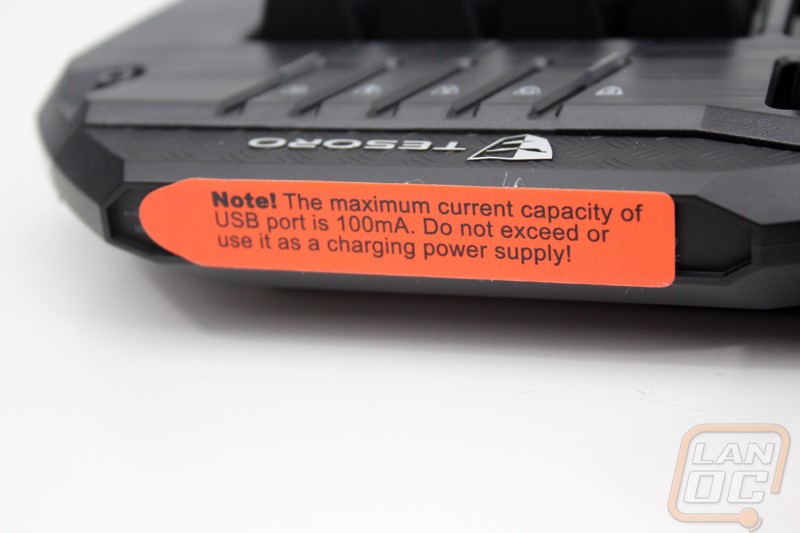 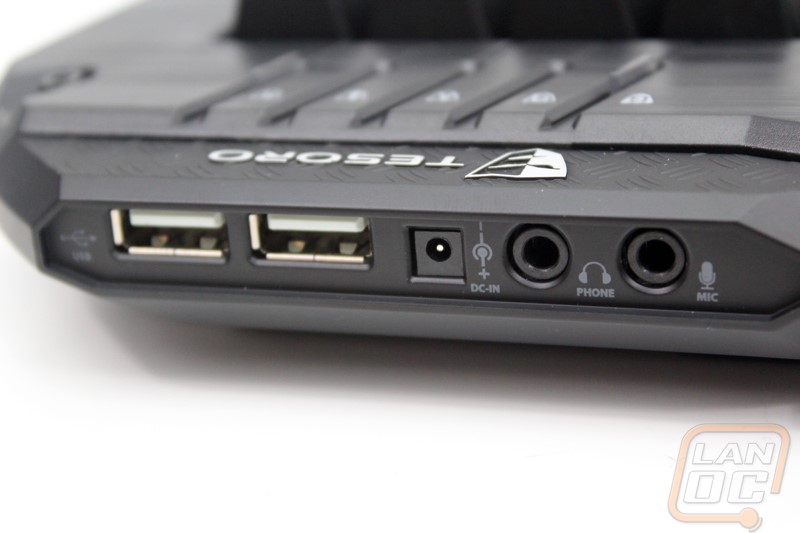 Like other Tesoro keyboards the Lobera Spectrum has a standard OEM keycap profile that curves down in the middle than back up at the top keys. 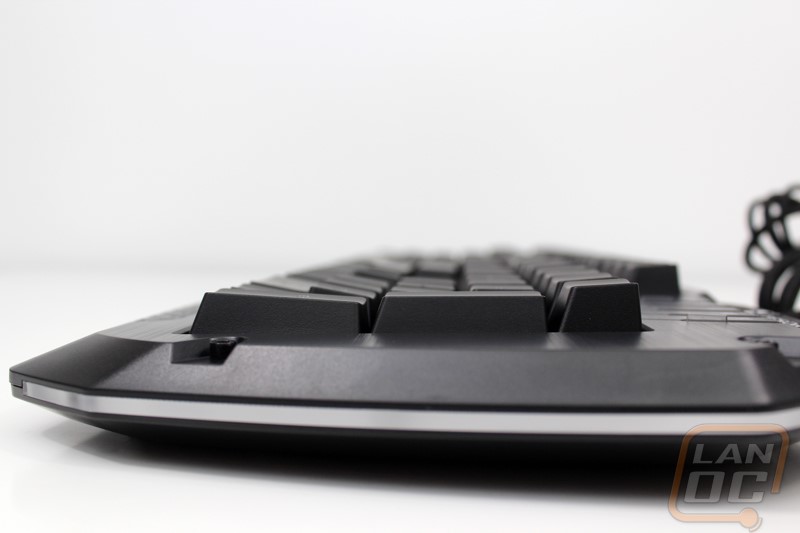 Once again we have the backlit strips on both sides of the keyboard to give a little glow to the sides. Being the Spectrum the sides have the same full RGB lighting options that the rest of the keys have as well, opening up interesting options. In the past I always felt like side lighting was a little much and I still feel that way but I do like the option to be able to toss a little light towards the mousepad for gaming in a dark room. 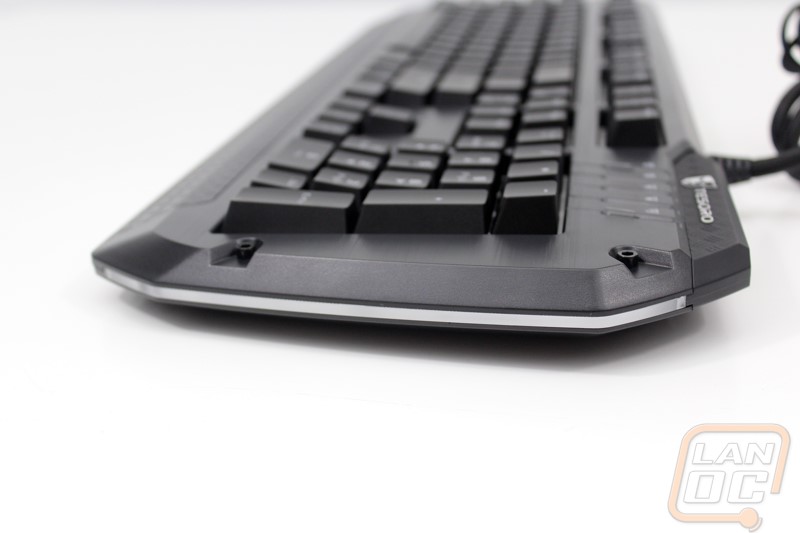 The bottom of the Lobera Spectrum doesn’t really look any different than the Lobera Supreme but that isn’t a bad thing at all. In the middle of the base we have a black sticker that has all of the standard required government logos as well as the serial number for the keyboard. For feet Tesoro packed them all over. We have two that are over an inch wide up top and another of the same size in the bottom middle. The other two bottom feet are a little larger giving us even more traction. Then we have the flip out feet as well. Unlike most other keyboards you get two different sized flip out feet. The larger of the two also has rubber feet on the end as well but the smaller one doesn’t . 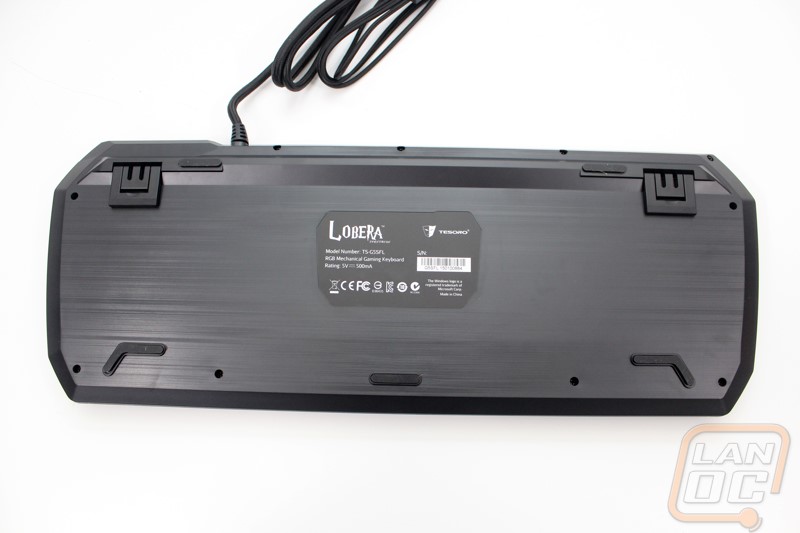 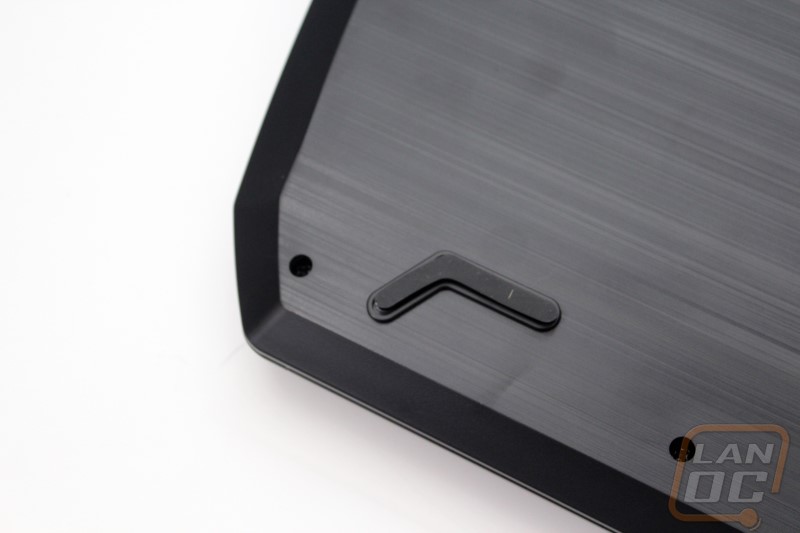 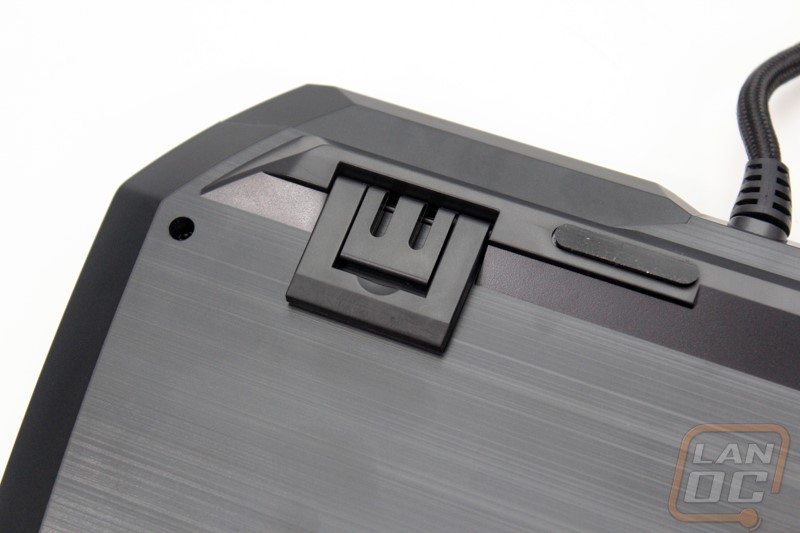 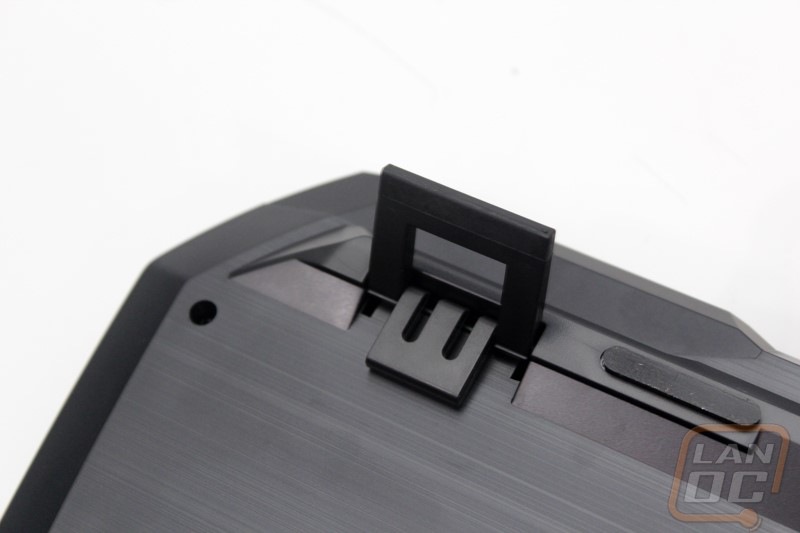 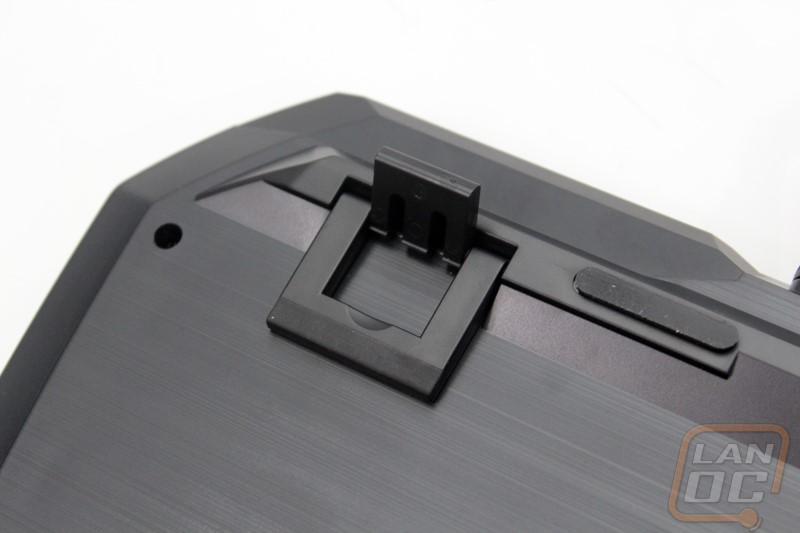 We have 1144 guests and one member online