So like I said Broadwell is an interesting launch. It isn’t very often that a CPU gets launched this late in its cycle. Being late takes away a little of its excitement, especially because to fill in for its launch Intel introduced the 4790K, a monster of a CPU. So the i7-5775C had to follow up a CPU with a high clock speed. So when I got into testing the CPU side of things the i-5775C fell a little flat compared to the 4770K and 4790K. In a lot of benchmarks it had a hard time keeping up with the 4770K let alone the 4790K. With a lower clock speed the i7-5775C isn’t a step up for anyone who invested in a high end Haswell CPU. On top of that it runs a little warm as well.

The funny thing about the 5775C, for everything that is mediocre on the CPU side of things, the onboard GPU blew everything else away. Don’t get me wrong it isn’t going to be replacing a dedicated GPU for gamers, but it was a 2 to 3 time improvement over past Intel CPUs. This translated in actual playable performance in most of the games I tried on it as long as you aren’t trying to game at high resolutions. This really opens up options for higher end HTPC’s and other small form factor builds that you might not have room for a large dedicated GPU. Another great use is as a steam box that streams games from your main PC. The low power draw helps this as well. 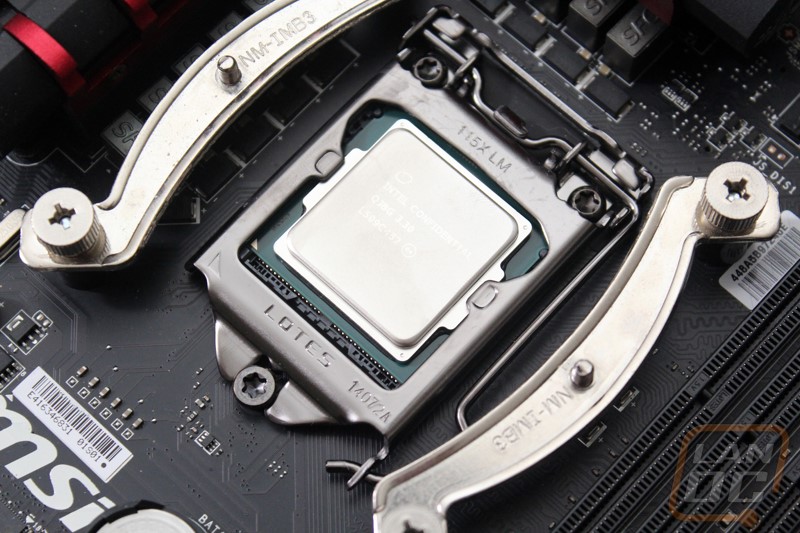 So where does that leave the i7-5775C? Well as long as the i7-4790K is available on the market this isn’t a CPU I would be recommending for builds that will be using a dedicated GPU. When we figure in the recommended pricing, this becomes even more important. You can pick up a 4790K for about $30 less than the MSRP on the 5775C. The reality is the 5775C (and the i5-5675C that also launched) with its 65 watt TDP is more of a replacement for the 65 watt Haswell parts like the i7-4790S and i5-4690S but it is priced out of that range due to the improved onboard GPU. This makes it the perfect all in one package.  Seeing that Skylake is rumored to be well on its way I suspect that is why Intel didn’t bother to bring out a higher TDP model to offer a proper replacement for the 4790K. That said the i7-5775C will most likely end up as a nice upgrade to one of our HTPCs and the 4790K will stay comfortable in my gaming rig, at least until Skylake. 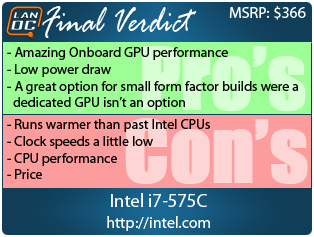 You might call him obsessed or just a hardcore geek. Wes's obsession with gaming hardware and gadgets isn't anything new, he could be found taking things apart even as a child. When not poking around in PC's he can be found playing League of Legends, Awesomenauts, or Civilization 5 or watching a wide variety of TV shows and Movies. A car guy at heart, the same things that draw him into tweaking cars apply when building good looking fast computers. If you are interested in writing for Wes here at LanOC you can reach out to him directly using our contact form.
Discuss this article
Log in to comment
Posts in discussion: Intel Core i7-5775C

We have 1482 guests and one member online